Presentation on theme: "Ch. 10: The Exchange Rate and the Balance of Payments."— Presentation transcript:

6 Currencies and Exchange Rates
The trade-weighted index is the average exchange rate of the U.S. dollar against other currencies, with individual currencies weighted by their importance in U.S. international trade.

9 The Foreign Exchange Market
The Law of Demand for Foreign Exchange The demand for dollars is a derived demand. People buy U.S. dollars so that they can buy U.S.-produced goods and services or U.S. assets. Other things remaining the same, the higher the exchange rate, the smaller is the quantity of U.S. dollars demanded in the foreign exchange market.

10 The Foreign Exchange Market
The exchange rate influences the quantity of U.S. dollars demanded for two reasons: Exports effect As P of $ drops, foreign citizens wish to purchase more U.S. exports and more $. Expected profit effect The lower today’s exchange rate, other things remaining the same, the larger is the expected profit from buying U.S. assets and the greater is the quantity of $ demanded today

15 The Foreign Exchange Market
Market Equilibrium If $ is “too strong”, surplus of $ If $ is “too weak”, shortage of $

21 Interest Rate Parity Example: U.S. pays 5% interest; Japan pays 4% interest; Value of $ expected to appreciate by 3% over next year. Where will U.S. citizens buy bonds? Japanese buy bonds? Effect on value of $ and interest rates in U.S. and Japan

22 Interest Rate Parity Example: U.S. pays 5% interest; Japan pays 8% interest; Value of $ expected to depreciate by 5% over next year. Where will U.S. citizens buy bonds? Japanese buy bonds? Effect on value of $ and interest rates in U.S. and Japan

23 Purchasing Power Parity
Exists when the exchange rate is such that a currency has the same “purchasing power” in all countries. If PPP did not exist, one could take advantage of “arbitrage” opportunities: buy item at low price and sell at high price drives up price in low price country and drives down price in high price country. Purchasing Power Parity. You can easily get your students to test purchasing power parity. Have them check the prices of some well-known titles at amazon.ca, amazon.com, and at amazon.co.uk, get the latest exchange rate for the U.S. dollar against the U.S. dollar and the U.K. pound, and see whether it is cheaper to buy a given title in Canada, the United States, or the United Kingdom.

25 Purchasing Power Parity
In the long run, because of PPP: Exchange rate between foreign currency and dollar = price in foreign country / price in U.S. % ch in price of $ (exchange rate)= % ch in foreign price - % ch in U.S. prices

27 Financing International Trade
Balance of Payments Accounts We record international transactions in the balance of payments accounts. A country’s balance of payments accounts records its international trading, borrowing, and lending. Transactions leading to an inflow of currency into the U.S. create a + in a balance of payments account Transactions leading to an outflow of currency from the U.S. create a – in a balance of payments account. Something new almost every day. This topic is one that is easily kept current. Today, the United States has a very large and persistent deficit. Pay attention to the development of this deficit in the New York Times, Wall Street Journal, and on the news Web sites. Herb Stein’s Dictum. Larry Summers remind me recently of Herb Stein’s dictum: “the unsustainable cannot be sustained and must surely end!” Ask your students what will happen to end the unsustainable current account deficit. They will want to say, a change in the exchange rate. And that is surely part of the answer. But fundamentally, unless Americans save more relative to U.S. investment, the current account will be in deficit no matter what the exchange rate does. Understanding this fundamental fact is a big lesson in this chapter.

31 Financing International Trade
Debtors and Creditors A debtor nation is a country that during its entire history has borrowed more from the rest of the world than it has lent to it. Since 1986, the United States has been a debtor nation. A creditor nation is a country that has invested more in the rest of the world than other countries have invested in it. The difference between being a borrower/lender nation and being a creditor/debtor nation is the difference between stocks and flows of financial capital.

Download ppt "Ch. 10: The Exchange Rate and the Balance of Payments." 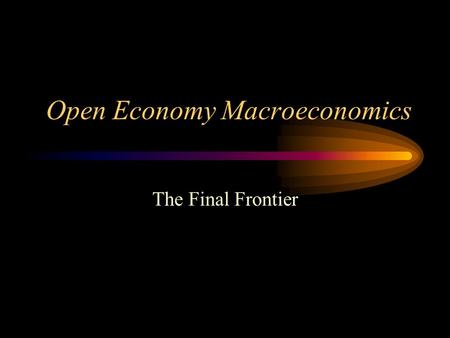 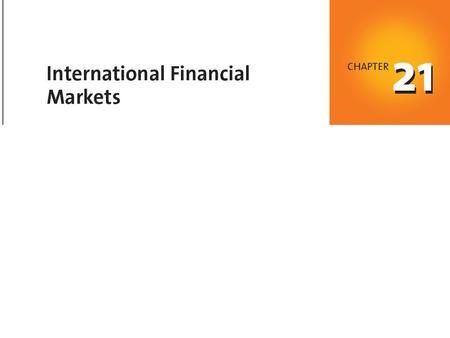 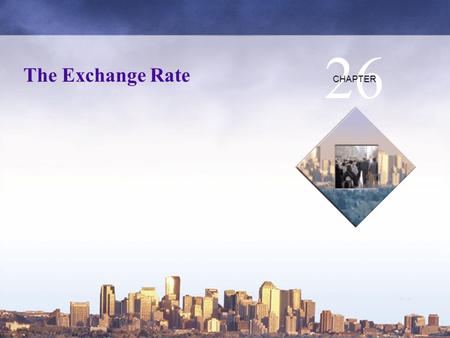 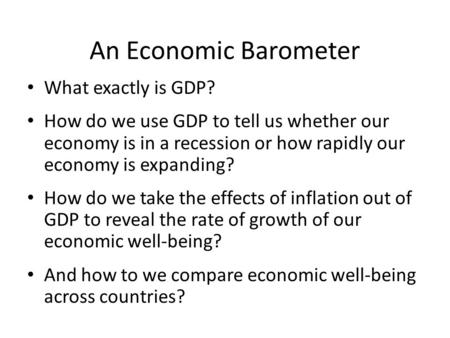 An Economic Barometer What exactly is GDP?