2 A Penny Saved Is a Penny Earned One side of energy conservation is energy efficiency. (How can the same goal e achieved with a lower expenditure of energy?) Examples of energy efficiency include the use of insulation, fluorescent lightbulbs, lowering of thermostat settings, walking or riding a bicycle rather than driving a car, etc. In the early 1970s projections were made that the U.S. would be using energy at the rate of 160 QBtu/yr by 2000. By 2003, we saw a usage of 98 QBtu/yr. Increased fuel costs and federally sponsored energy conservation programs have helped but we are still much higher than in many developed countries. The federal Energy Policy Act of 1992 forms the basis of federal energy management activities. The Energy Policy Act of 2005 was passed which has many provisions intended to reduce national energy consumption.

3 A Penny Saved Is a Penny Earned In 1992, the U.S. Environmental Protection Agency established a program between government and industry called Energy Star which is a voluntary labelling program to identify and promote energy-efficient products. At the state level, legislation has been passed to enforce standards for energy-consuming products like exit signs, ice makers, lighting and swimming pool pumps, etc. to reduce energy consumption during non-peak hours. The states of CA, CO, MD, and RI have adopted these standards.

4 Space Heating The largest amount of household energy use in the U.S. is from space heating (~47%) and natural gas is the dominant source of energy. If we could design a home that had perfect thermal insulation, and no radiated energy coming into or out of the home, no energy would be needed to keep the inside at a constant temperature. Of course this ideal home is nearly impossible. 30 – 40% of home heat loss is due to the convective process that allows it to leave through cracks found in any typical home.

5 Thermal Insulation The amount of energy conducted out of a surface is given by: Q/t = kA(T i – T o )/l (where k is the thermal conductivity of the wall material in units of (Btu*in.)/(hr*ft 2 *°F), A is the area of the wall surface in sq. feet, l is the thickness of the wall in inches, and (T i – T o ) is the temperature difference in °F between the inside and outside.) To calculate the amount of heat lost per heating season, a quantity known as degree days is tabulated. For each day, the number of degree days is taken as the average temperature difference between inside and outside, with the inside temperature taken as a constant 65 °F.

6 Thermal Insulation The thermal conductivity, k is a property of a material without reference to dimensions. The R-value incorporates both wall thickness and the material: R = l/k The conductive heat loss, Q is given by: Q = A/R T (∆T)(t) For a period of time with a known number of degree days: Q = 24 * A/R T x (degree days) Wall and ceiling insulation as well as double-paned glass windows aid in heat retention.

8 Air Infiltration Infiltration of air from outside can account for up to 1/3 of total heat loss in a house. Much of the air infiltration can be prevented by utilizing caulking, weather-stripping, automatic flue dampers, and by closing fireplace openings and chimneys. A house that is sealed too tightly can present health hazards as well (radon from soil, carbon monoxide. Air-to-air heat exchangers can be used to eliminate potentially hazardous gases from accumulating in the home.

10 Furnaces, Stoves, and Fireplaces Furnaces can be used to heat homes that uses natural gas or a fuel oil. Newer furnaces have efficiency ratings between 60 – 90%. Electric resistance heaters, electrically powered heat pumps can also be used. The single most important concept in conserving energy is thermostat setting. The lower the inside setting, the lower the rate of fuel usage. By federal regulation, all furnaces sold in the U.S. after 1991, must have an Annual Fuel Utilization Efficiency (AFUE) of at least 78%.

12 Solar and Other Sources of Heat Energy In considering the areas for which energy conservation measures might be a good idea, a good first step is an energy audit. (Adding up all space heating energy losses for a year and then trying to balance those losses against all known sources of heat-energy.) Consideration of solar heat should be taken into account especially for south facing windows or glass doors.

14 Water Heaters, Home Appliances, and Lighting Water heaters use about 10 to 20% of the energy consumed in homes. Steps such as lowering of the temperature settings, insulation of the tank, and pipes, reduction of the use of hot water, electronic ignitors, and installation of flue dampers help in energy reducing energy consumption. Federal standards have lowered the cost of running refrigerators from $130/yr. in 1972 to $40/yr. in 2001. Clothes dryers account for ~15% of energy consumption. At peak summer time months, air conditioners can use as much as 40% of U.S. energy consumption.

16 Water Heaters, Home Appliances, and Lighting About 20 – 25% of the electric energy generated in the U.S. goes to provide lighting. Use of fluorescent or LED bulbs can greatly lower the energy consumption for lighting and they last much longer.

18 Energy Conservation in Industry and Agriculture Housekeeping – staff is commonly hired to implement energy conservation measures. Waste heat recovery and cogeneration – as discussed earlier, waste heat can be utilized for a number of different purposes. Process changes – modernization of industry carries the opportunity to reduce energy use by introducing new, better technology. Recycling – the benefits of recycling waste goes without saying. New developments – electronics of today require much less energy in their manufacture and operation. Help from Public Utilities – federal programs have begun rewarding industries for using energy efficiency. 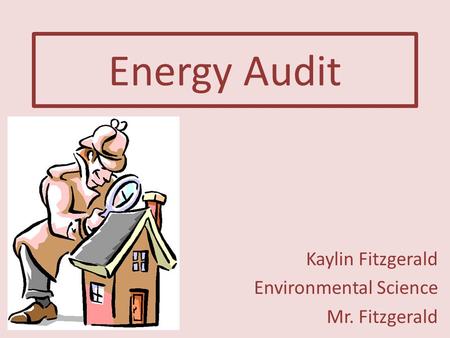 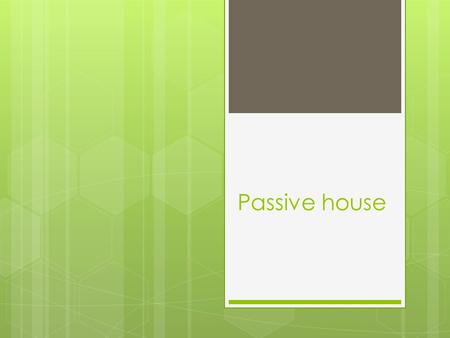 Passive house. Definition A Passive house is a buildings with good comfort conditions during winter and summer, without traditional space heating systems. 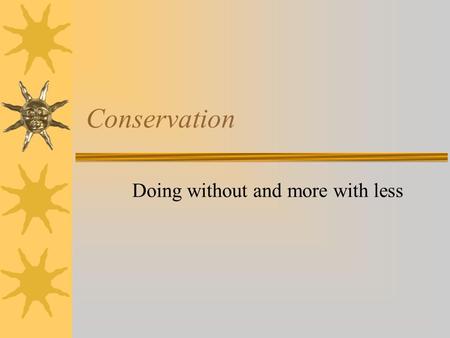 Doing without and more with less 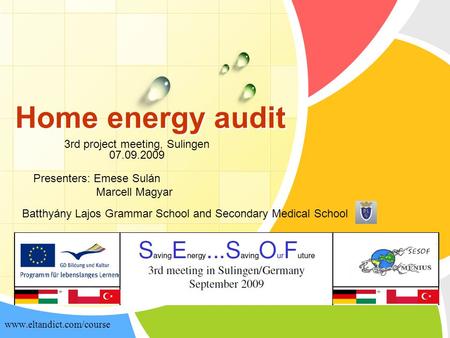 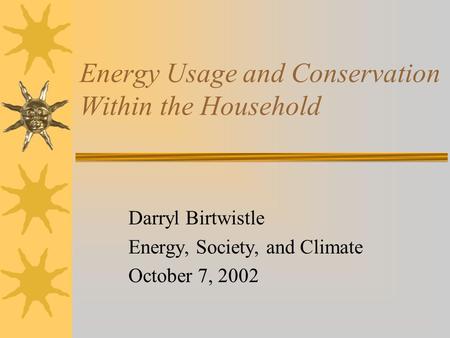 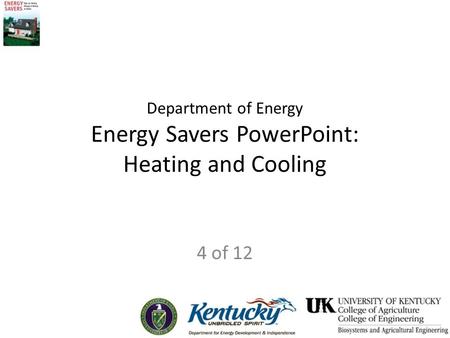 Department of Energy Energy Savers PowerPoint: Heating and Cooling 4 of 12. 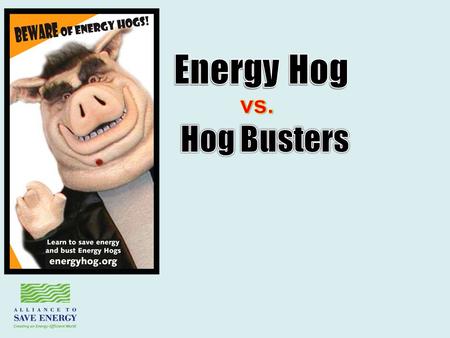 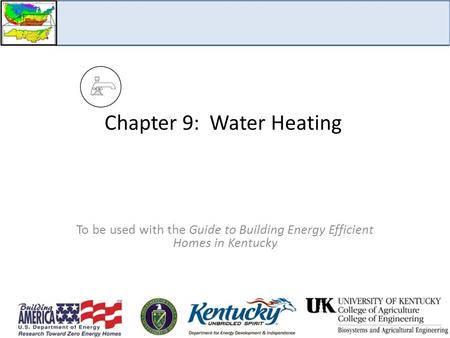 Chapter 9: Water Heating To be used with the Guide to Building Energy Efficient Homes in Kentucky. 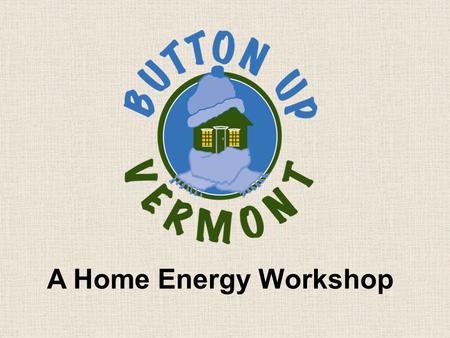 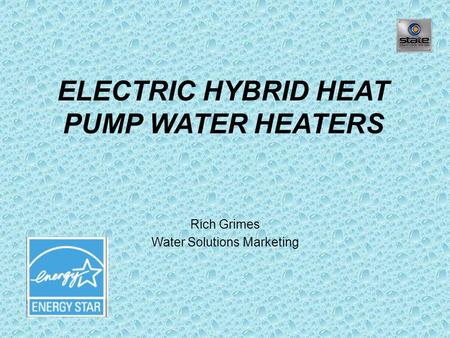 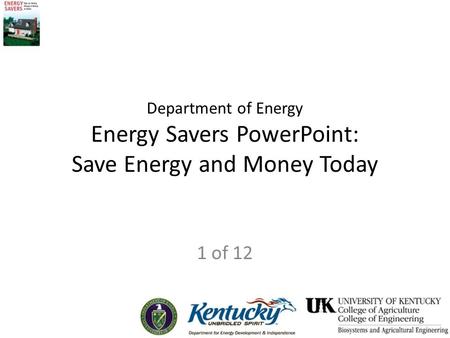 Department of Energy Energy Savers PowerPoint: Save Energy and Money Today 1 of 12. 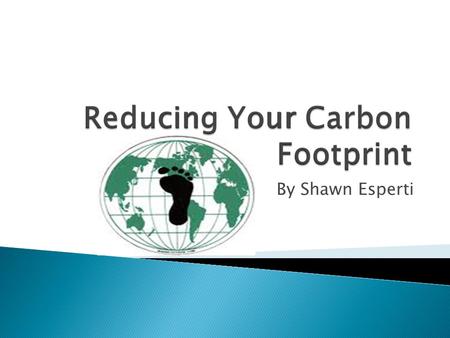 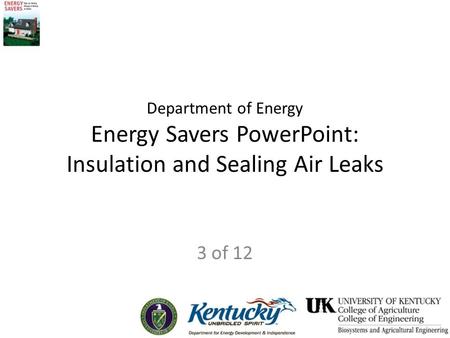 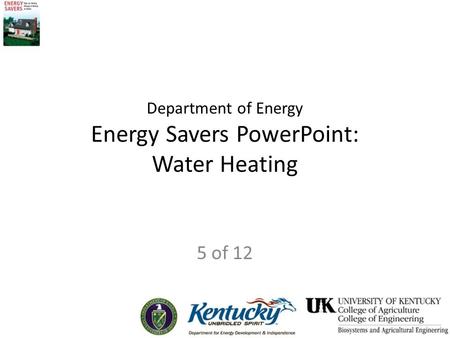 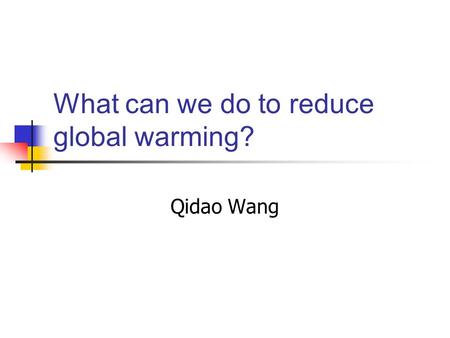 What can we do to reduce global warming? Qidao Wang. 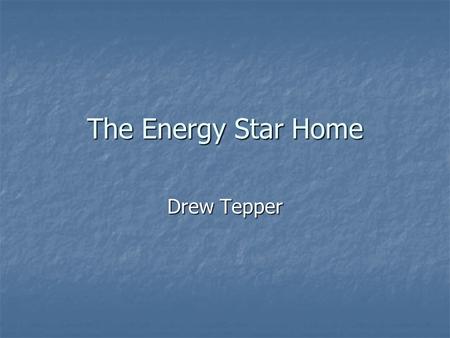 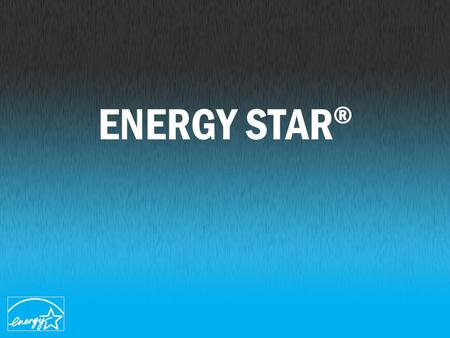 ENERGY STAR ®. Earning the ENERGY STAR ® means a product meets strict energy efficiency guidelines set by the US Environmental Protection Agency and the. 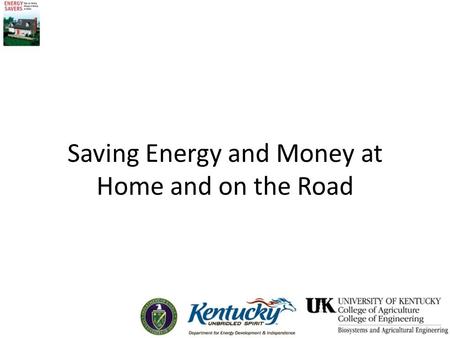 Saving Energy and Money at Home and on the Road 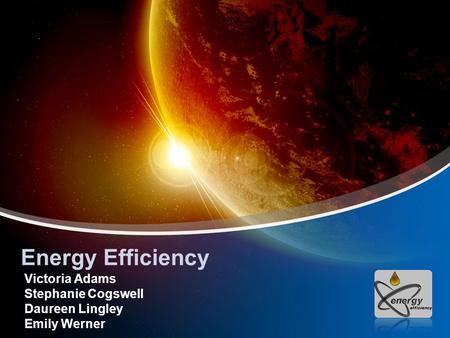 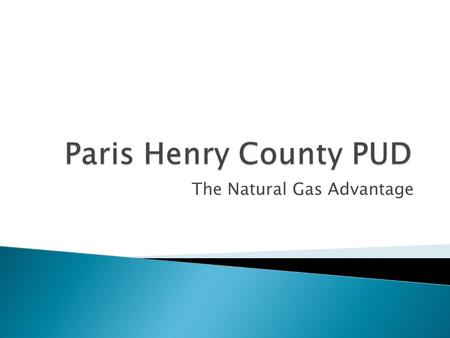