Automated Systems Standard Grade What Is An Automated System? A system in which computers are used to control machines and equipment For example: –Traffic.

3 What Is An Automated System? A system in which computers are used to control machines and equipment For example: –Traffic light system –Robot arms in car manufacturing industry –To control and monitor the temperatures of dangerous chemicals processes in such places as oil refineries

6 Sensors & Feedback A sensor is used to detect something and then give feedback to computer Feedback allows the computer to make a decision based on the information Examples of sensors: –heat –light –collisions –proximity –magnetic fields –Pressure

7 Signal Converters A computer is connected to a device by a circuit called an interface. The interface must be able to convert the computer’s digital signals to analogue signals if required. This is done by a digital to analogue converter. Signals can be changed in the other direction by an analogue to digital converter.

9 Real-Time Processing Example: A nuclear power station uses an automated system to control temperature of the dangerous chemicals The temperature rises above safe levels which could cause a major explosion The system is not real-time and will get to the problem when it next gets the chance!

15 Robots : Stationary Stay in one place all the time –e.g. used on factory assembly lines Control programs are stored on disc or tape Can be reprogrammed to do a different task

17 Tools The ‘hand’ of the robot arm is specialised to the task the robot is programmed to do. For example: –gripper –paint spray gun –welding electrode –suction cap –paint stripper –magnet

18 Robots : Mobile Robots which move are called mobile robots. They use tracks, wheels or legs to move. Good for getting to places that humans can’t, for example the Mars robot.

19 Robots : AGVs Autonomous Guided Vehicles These are robots which move around factories following guides. AGVs can practically work on its own.

20 Guides If a mobile robot is designed to move around a factory it may use guides Guides can be –Magnetic: Magnetic strips are placed under the surface of the factory floor Expensive but will not need to be replaced –Light: White lines are painted on floor and robot follows these with light sensors Very cheap but can wear easily.

21 Programmable A robot follows an instruction called a program Programs are written in High Level Language This is a language similar to everyday English. This program can be changed so robot can be used for other tasks, e.g. –A robot arm that welds cars can be reprogrammed to paint cars

27 Factories of the Future We now have very few people working in factories This means that factories can be designed around the automated systems, not the humans

Download ppt "Automated Systems Standard Grade What Is An Automated System? A system in which computers are used to control machines and equipment For example: –Traffic." 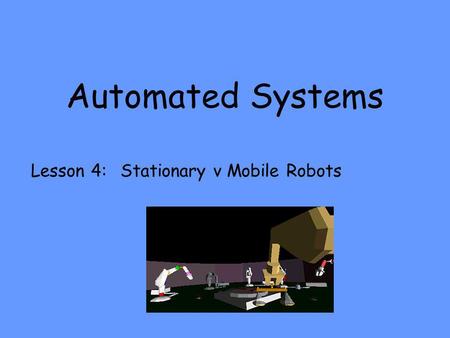 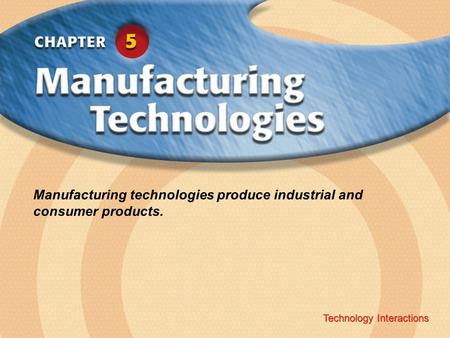 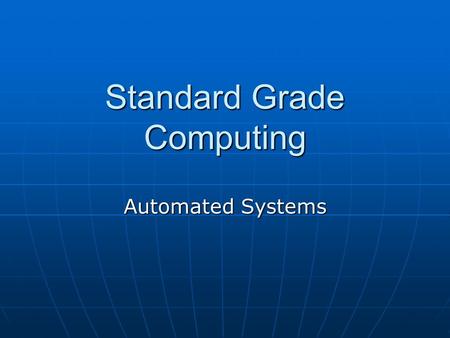 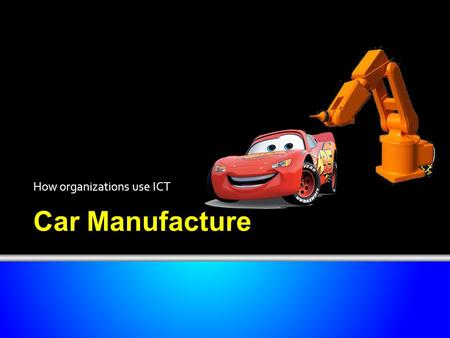 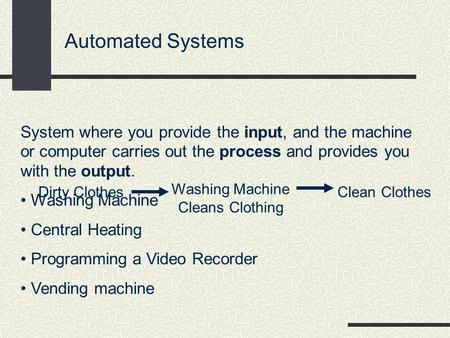 Automated Systems System where you provide the input, and the machine or computer carries out the process and provides you with the output. Washing Machine. 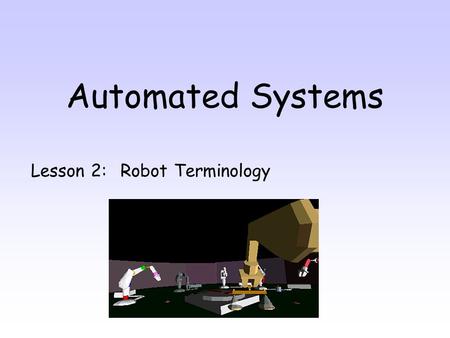 Automated Systems Lesson 2: Robot Terminology. By the end of this lesson you will be able to: 1.Name 6 pieces of anatomy a robot 2.Suggest suitable end. 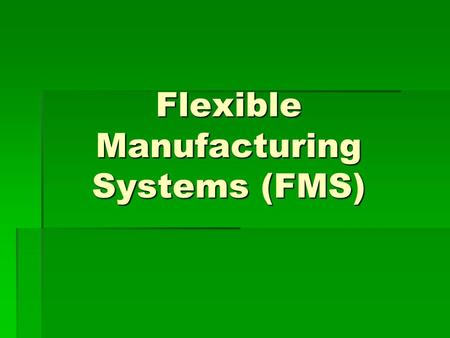 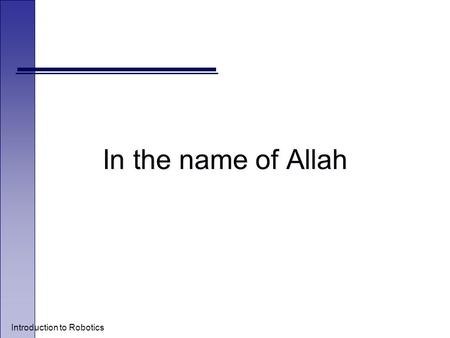 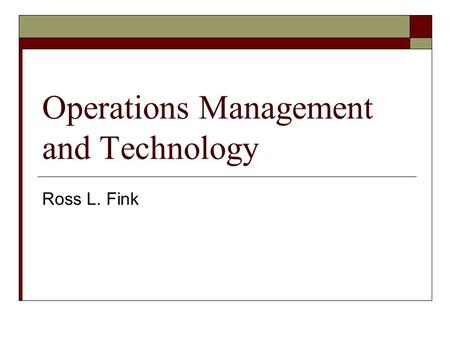 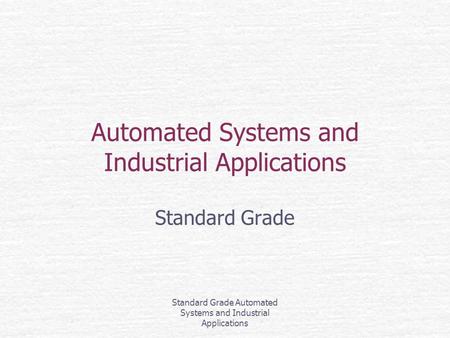 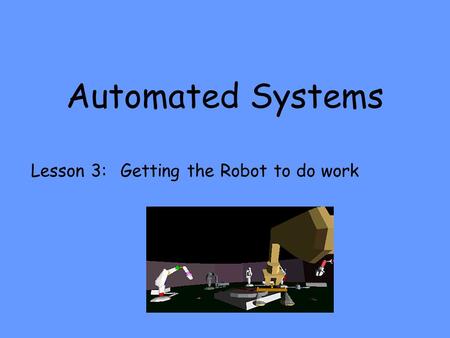 Automated Systems Lesson 3: Getting the Robot to do work. 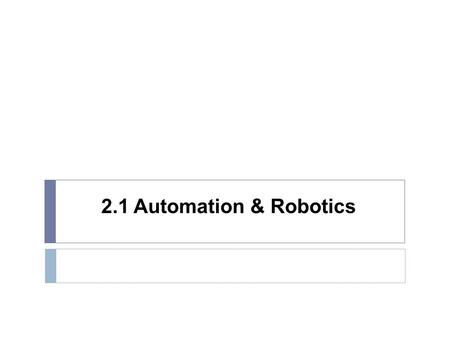 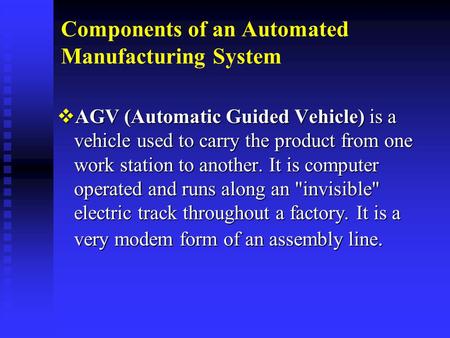 Components of an Automated Manufacturing System 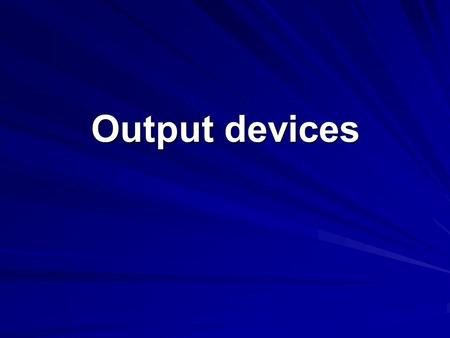 Output devices. There is no point in having a computer that can do wonderful things unless it can tell you the results of what it has been doing. This. 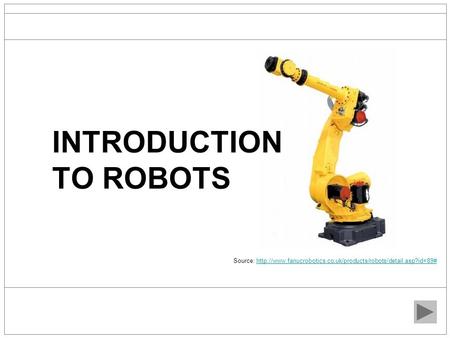 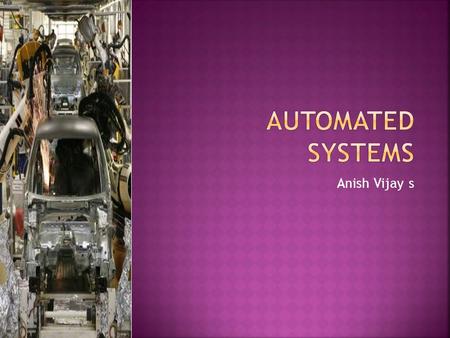 Anish Vijay s.  In today’s modern industrial society companies must be competitive in the market place in order to survive.  Companies are continually. 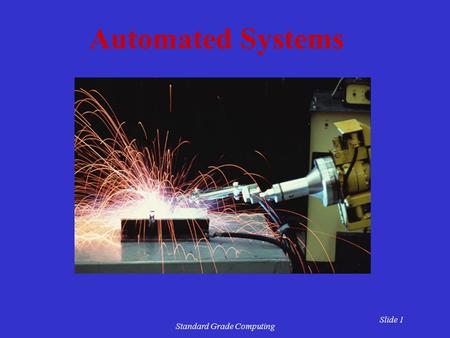 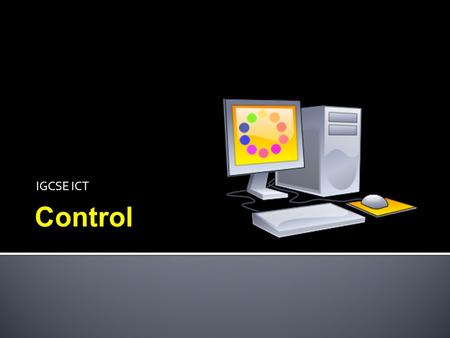