Presentation on theme: "CCOT  This essay deals specifically with analysis of continuities and changes over time covering at least one of the periods in the course outline. "— Presentation transcript:

2 CCOT  This essay deals specifically with analysis of continuities and changes over time covering at least one of the periods in the course outline.  It addresses, for example, technology, trade, culture, migrations, or environment.  The CCOT questions require analysis of process and explanation of causation with specific examples

3 Example CCOT Essay The time allotted for this essay is 40 minutes, 5 of which should be spent planning and/or outlining your answer. Directions: You are to answer the following question. You should spend 5 minutes organizing or outlining you essay. Write an essay that:  Has a relevant thesis and supports that thesis with appropriate historical evidence

4  Address all parts of the question.  Uses world historical context to show continuities and changes over time.  Analyzes the process of continuity and change over time.

5  Pick one of the following regions and analyze the continuities and changes in the region’s connections to the world trading systems from 1450-2000. Be sure to explain how alterations in the framework of international trade interacted with regional factors to produce continuities and changes throughout the period.  China  Latin America  Sub-Saharan Africa  Middle East

6 Another Ex.  Analyze major changes and continuities in the formation of national identities in ONE of the regions listed below from 1914-present. Be sure to include evidence from specific countries in the region selected.  Middle East  Southeast Asia  Sub-Saharan Africa

7 From the Princeton Review  Tend to deal with global issues  Trade, technology, culture, migrations, biological developments  You need to talk about how things were prior to the change and them make it clear why things changed  You must cover historical development

9 Comparative Essay  This essay focuses on developments in at least two societies or regions.  It relates to major themes in the course, such as social and gender structures, interactions between or among societies, political organization, or economic systems.  Comparative questions always require analysis of reasons for the similarities and differences identified.  Students may have the opportunity to choose different cases for comparisons

10 From the Princeton Review  Compare how 2 societies responded to a major event  Usually the easiest, but students score the lowest (fatigue)  Include BOTH similarities and differences  Address all parts of the question

11 Comparative Essay Ex.  The time allotted for this essay is 40 minutes, 5 minutes of which should be spent planning and/or outlining the answer.  Directions: you are to answer the following question. You should spend 5 minutes organizing or outlining your essay. Write an essay that:

12  Has a relevant thesis and supports that thesis with appropriate historical evidence  Addresses all parts of the question.  Makes direct, relevant comparisons.  Analyzes relevant reasons for similarities and differences.

14 Another Ex.  Within the period from 1450 to 1800, compare the processes (e.g., political, social, and economic) of empire building in the Spanish Empire with the empire-building processes in ONE of the following.  The Ottoman Empire OR  The Russian Empire

17 What do they want from you?  Your soul (kidding)  Make connections  In any given period of time/history, can you explain what’s going on?  What was the affect on the rest of the world?  What changed about this society during this time period?

18  How did people interact with their environment?  What new ideas, thoughts, and styles came into existence?  How did different societies get along (or not) within a time period?  How did economic systems develop and what did they depend on in terms of agriculture, trade, labor, industrialization, and demands of consumers?

19  Who had power and who did not within a given culture and why?  Use transitional words  Write neatly  Try for correct spelling  Use simple and compound sentences

20  Watch your time  Ask to have it posted  Think before you write  You won’t need to know much about American History  Understand how Enlightenment had impact  What inspired revolutions?  Influence?  Type of gov’t created?

22  Use best guess  You are assessed only on the total number of correct questions  Sometimes, it will be a picture, graph, political cartoon, painting, or map  It could also be a quotation for interpretation  Who said it?

Download ppt "CCOT  This essay deals specifically with analysis of continuities and changes over time covering at least one of the periods in the course outline. " 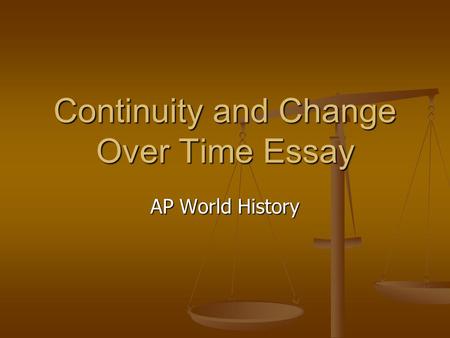 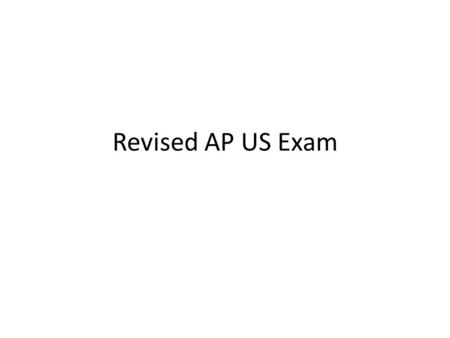 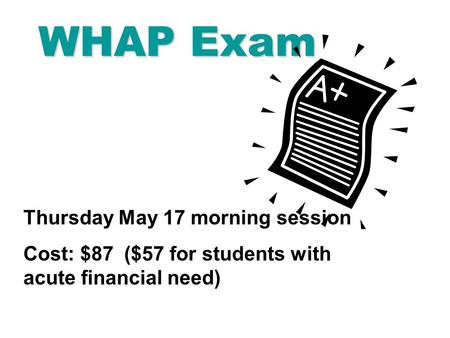 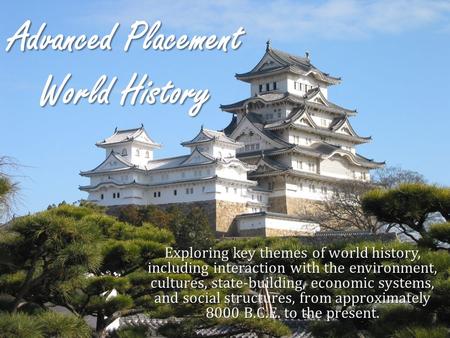 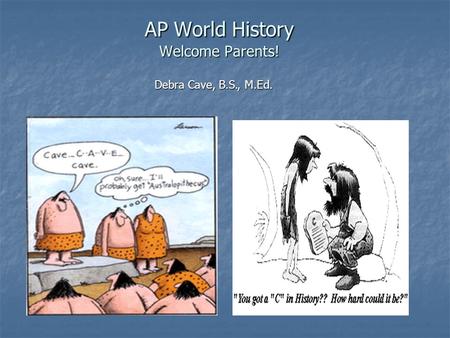 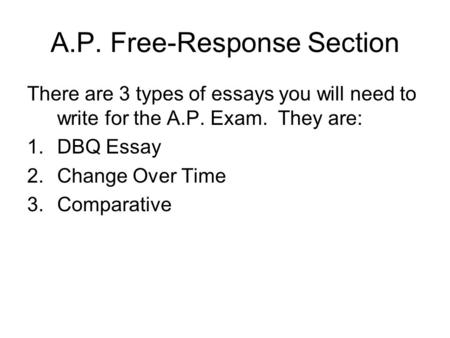 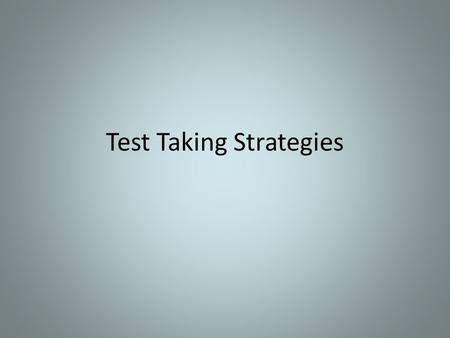