2 1. Introduction The EU has a deficit in R&D expenditure, especially private sector R&D Consequences: –fewer EU firms in R&D intensive sectors –lag in the emergence of new technologies in the EU –rates of innovation are reduced Lisbon Strategy established a target for the EU to spend 3% of its GDP on R&D by 2010 if it to achieve its goal of sustainable competitiveness

3 continued Alternative Interpretation of Europe’s economic ‘failure’ by the Expert Group on the EU’s R&D Deficit and Innovation Policy –Barriers prevent entrants in new industries from growing to become major players –Frequent comment that Europe has failed to produce ‘gorillas’: i.e. companies of the stature of Microsoft and Google –Only 3 European companies listed on the FT 500 global ranking were founded after 1975 – compared with 28 in the USA and 21 in emerging countries

4 continued Inference: the real issue facing the EU is not an R&D deficit but an entrepreneurial deficit Growing companies are likely to need appropriate finance – this puts the focus on the role of Europe’s financial systems in fostering innovative companies – this issue has been ignored the debate on Europe’s innovation deficit

5 Venture capital and the financing of technology companies NTBFs likely to need raise several rounds of external finance to finance innovation, product development and market penetration before they become cash-positive Venture capital designed for this purpose: specialist equity-oriented investors with the skills to identify businesses with growth potential, to mitigate risk, and to add value to investee businesses. Objective is to achieve high capital gain. Has been termed “The Money of Invention”

6 Venture capital and the transformation of the US economy VC-backed companies have a disproportionate impact on economic development in terms of innovation, job creation, R&D expenditure, exports, payment of taxes –Faster in developing products and bringing them to market –Speeds the development of companies – get to an IPO at a younger age than other companies –VC backed companies produce more patents per $ than corporate R&D –VC has played a central role in the emergence and development of new industries that have transformed the US economy in the 20 th century – e.g. computer hardware and software, semi-conductors, computer services, biotechnology

7 continued “no matter how one looks at the numbers, venture capital clearly serves as an important source industry for economic development, wealth and job creation and innovation” (Lerner and Watson, 2008)

8 The EU context Europe is not short of venture capital –European VC funds raised €420 billion 1997- 2006 and invested €327 billion –Annual amount invested has risen from €24 billion to €71 2001-6. Critical question: why has VC not had the same impact as in the USA in generating global technology companies?

9 Propositions The EU lags behind the USA in innovation because it has an entrepreneurial deficit. This entrepreneurial deficit arises because of deficiencies in the venture capital system –One key factor is that Europe has the ‘wrong’ kind of VC – a much higher proportion of VC in Europe is ‘private equity’ – i.e. invests in restructuring large established companies –Not a total explanation – why is EU VC less effective than in the US?

10 Hypotheses 1.Compared with the USA Europe lacks ‘competent capital’ European VCs less likely to have entrepreneurial backgrounds and more likely to have financial and consulting backgrounds Fewer business angels in Europe with a technology background Less corporate venturing in Europe

11 Hypotheses II 2.Failure in the ‘funding pipeline’ –Lack of business angels in Europe to groom young companies for VC –Underdevelopment of angel syndicates in Europe to make multiple rounds of investment –Ineffectiveness of government ‘seed’ programs to fund technology from laboratory to commercialisation (general failure of commercialisation models?)

12 Hypotheses III 3. European technology companies are not competing on a level playing field –funding rounds of US VCs 50% higher than those in Europe and more likely to be syndicated –Consequences for European technology companies: (i) management time diverted to the need to raise more funding rounds; (ii) slows their growth; (iii) European firms less likely to become the dominant firm in their industry space

13 Hypotheses IV 4. European investors and entrepreneurs lack the ambition to grow –European VCs have shorter exit horizons, are less willing to grow their investee companies to a significant size (and an IPO) and prefer to sell through a trade sale at an earlier stage. –Evidence that trade sale returns are lower in Europe – consistent with being younger and smaller. Consequences: Less wealth available for recycling (e.g. new ventures, business angels) Limits the pool of managers with the experience of growing a global business The acquired company is more vulnerable to being absorbed into the acquiring company (less embedded)

14 Hypotheses V 5. Poor government policies –“all venture capital markets … were initiated with government support. These markets do not emerge without some form of government assistance” (Lerner, quoted in Murray, 2007) 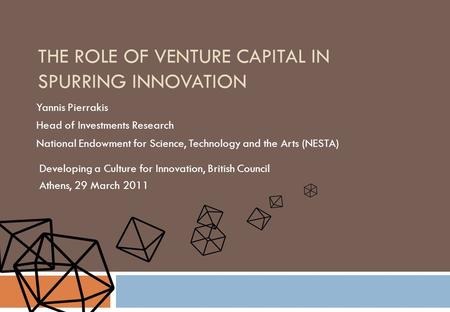 THE ROLE OF VENTURE CAPITAL IN SPURRING INNOVATION Yannis Pierrakis Head of Investments Research National Endowment for Science, Technology and the Arts. 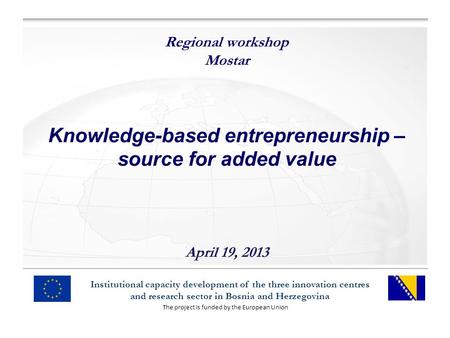 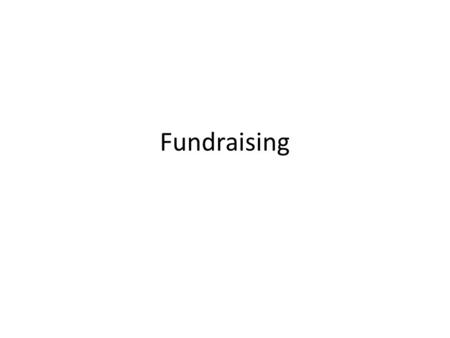 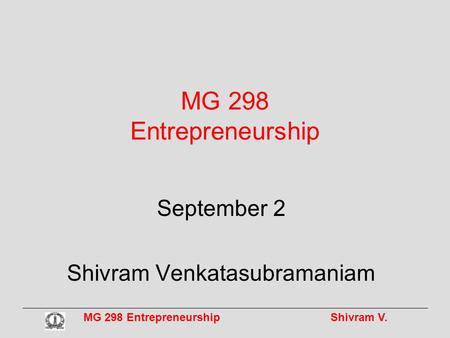 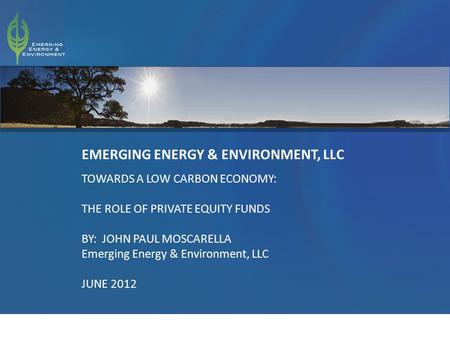 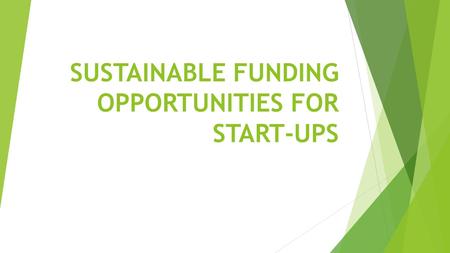 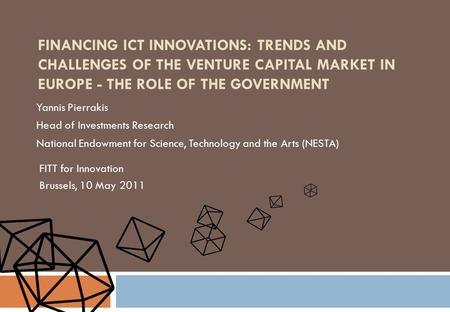 FINANCING ICT INNOVATIONS: TRENDS AND CHALLENGES OF THE VENTURE CAPITAL MARKET IN EUROPE - THE ROLE OF THE GOVERNMENT Yannis Pierrakis Head of Investments. 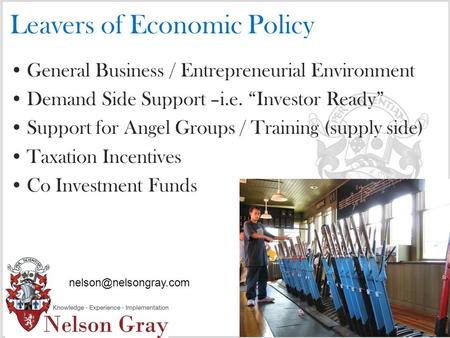 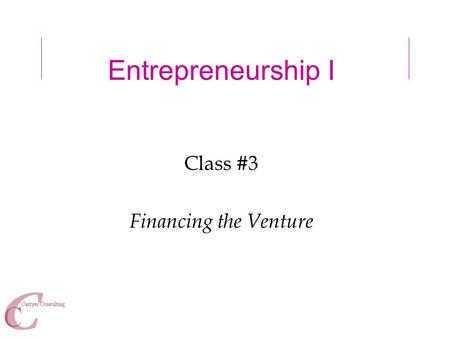 Entrepreneurship I Class #3 Financing the Venture. 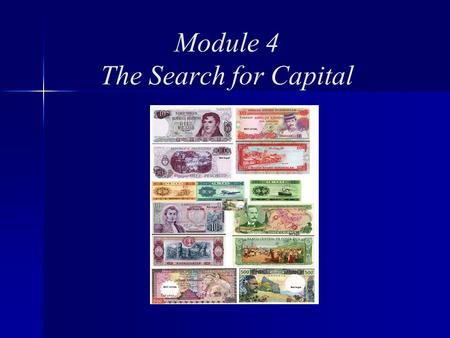 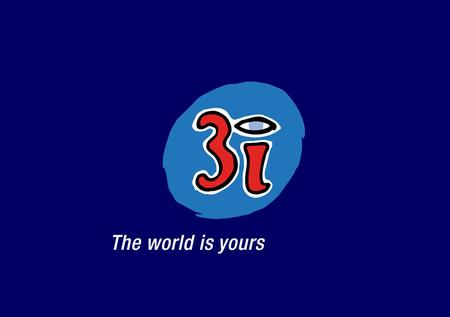 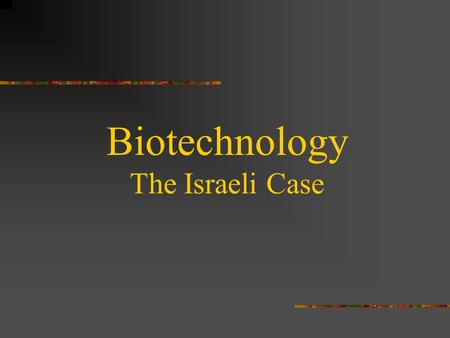 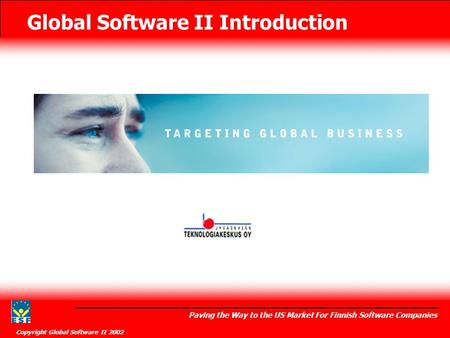 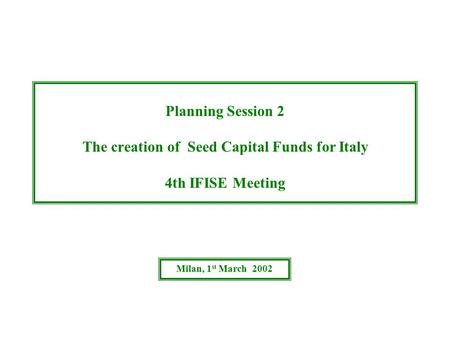 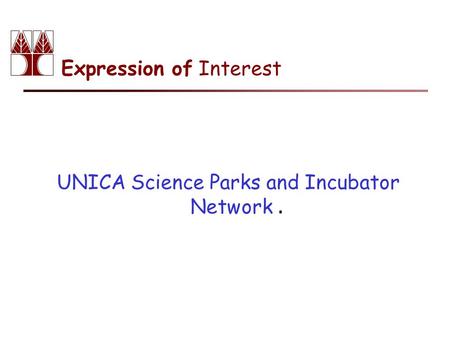 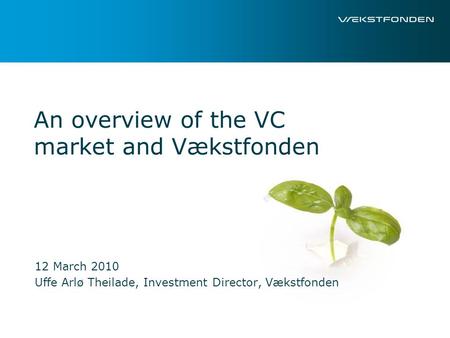 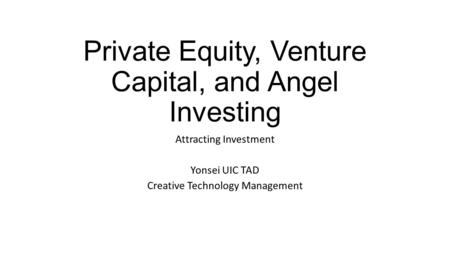 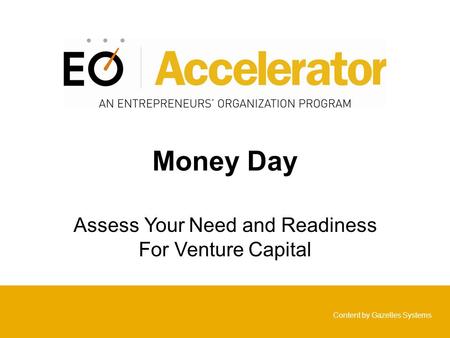 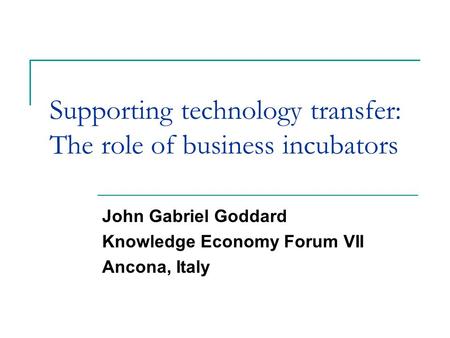