9 Business Cycle and Cyclically Adjusted Budget Balance
Cyclically adjusted budget balance. Estimate of what the budget balance would be if real GDP equaled potential output (YP). This takes into account the extra tax revenue the gov’t would collect and transfers would save if a recessionary gap were eliminated. This also takes into account the tax revenue the gov’t would lose and transfers it would make if an inflationary gap were eliminated. If we adjust for the effects of the business cycle, and the government is still running a deficit, then it’s a good bet the gov’t’s fiscal policy decisions are not sustainable over the long run.

10 Should the Budget Be Balanced?
No, Shane, it should not. Why? Recessionary gap Tax revenue decreases and transfer payments increase, pushing the budget towards a deficit. To balance the deficit, taxes would need to increase and/or gov’t spending would have to decrease. This would make the recession worse. Inflationary gap Tax revenue increases and transfer payments decrease, pushing the budget towards a surplus. To balance the surplus, taxes would need to decrease and/or gov’t spending would have to increase. This would make inflation worse. I love you too, Shane.

11 Fiscal Policy in the Long-Run
Deficits, Surpluses, and Debt. When a government spends more than the tax revenue it receives (budget deficit) it almost always borrows the extra funds. Governments that run persistent budget deficits end up with substantial debts. National debt. Accumulation of all past deficits minus all past surpluses. Public debt. Gov’t debt held by individuals and institutions outside the gov’t. In fiscal year 2010, the public debt was $6.4 trillion. Problem?

12 Fiscal Policy in the Long-Run
Problems Posed by Rising Government Debt Crowding out. When the government borrows funds in financial markets, it competes with firms that plan to borrow funds for investment spending. Government’s borrowing can crowd-out private investment spending, increasing interest rates and reducing the economy’s long-run rate of growth. Pressure on future budgets. Today’s deficits, by increasing government’s debt, place financial pressure on future budgets. Interest must be paid in the future, and this can take dollars away from other future obligations.

14 Fiscal Policy in the Long-Run
Deficits and Debt in Practice Debt-GDP ratio. Gov’t’s debt as a percentage of GDP. This measure is used because GDP measures the size of the economy as a whole, and is a good indicator of the potential taxes the government can collect. If gov’t’s debt grows more slowly than GDP, burden of paying that debt is actually falling compared with the gov’t’s potential tax revenue.

15 Fiscal Policy in the Long-Run
Implicit Liabilities Implicit liabilities. Spending promises made by gov’t’s that are effectively a debt despite the fact that they are not included in debt statistics. For the U.S., promises to honor Society Security, Medicare, and Medicaid amount to 40% of federal spending. This is a problem because the American population is aging and these commitments will continue to grow.

17 Question 2 You are an economic adviser to a candidate for national office. She asks you for a summary of the economic consequences of a balanced-budget rule for the federal government and for your recommendation on whether she should support such a rule. How do you respond? 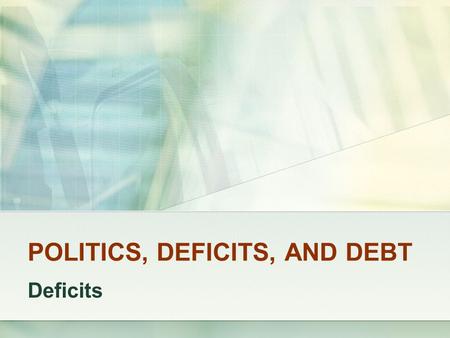 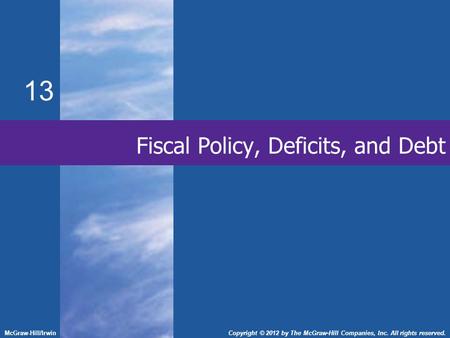 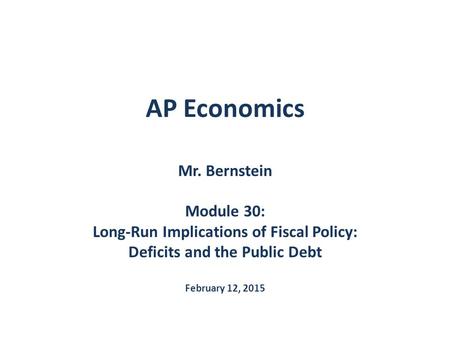 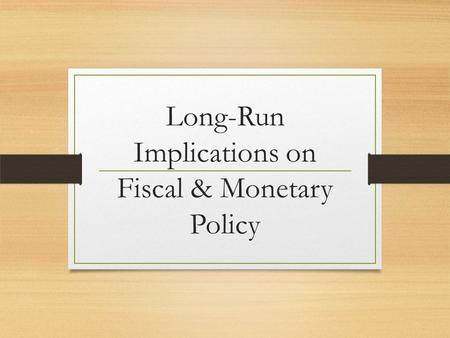 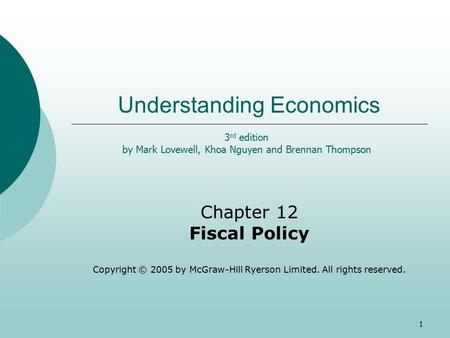 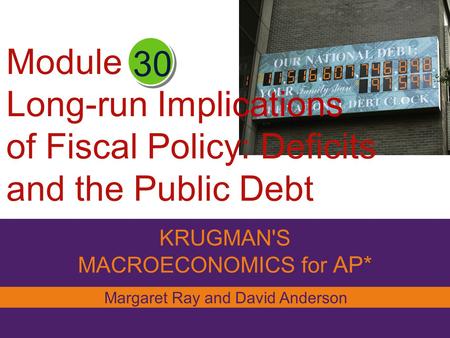 Long-run Implications of Fiscal Policy: Deficits and the Public Debt 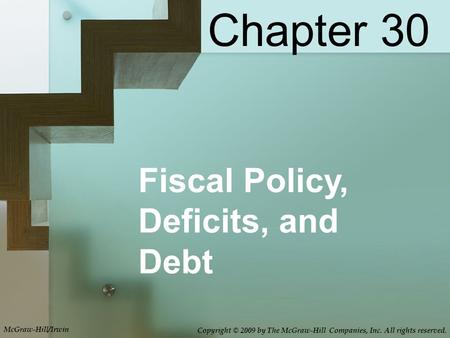 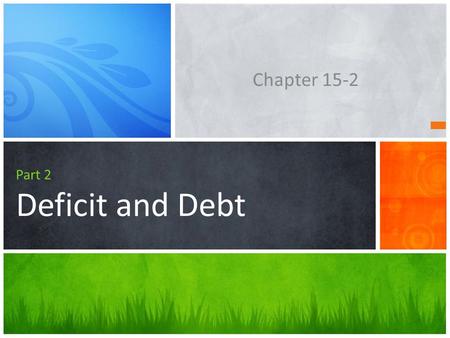 Part 2 Deficit and Debt Chapter Chapter Goals  Define the terms deficit, surplus, and debt and distinguish between a cyclical deficit and a structural. 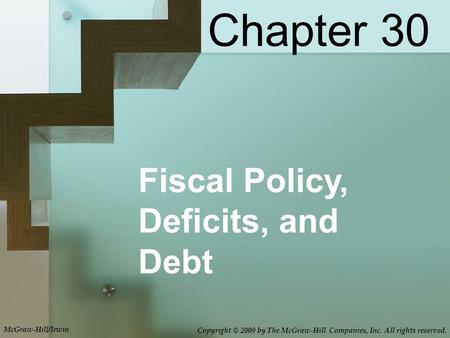 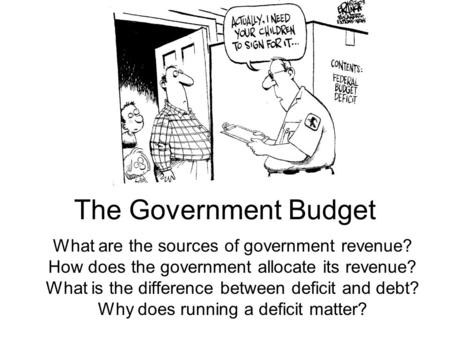 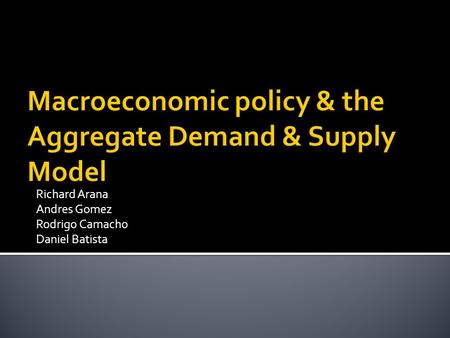