4 THE PHYSICAL FEATURES OF AUSTRALIA
Australia is located in the Pacific part of the world, south of Asia and between the Indian and Pacific Oceans It is the only continent in the world that is also a country, and it is the smallest continent in the world Some of Australia’s major physical features include Bodies of Water Great Barrier Reef Coral Sea Landforms Ayers Rock Great Victoria Desert

7 THE CLIMATE, LOCATION AND NATURAL RESOURCES OF AUSTRALIA
Australia’s climate is temperate, meaning it has mild temperatures. Along the coast the climate is warm and cool, while in the middle the climate is cool and dry Location Except for Perth, most of Australia’s large cities are along the coast Most of the population lives along the coast, while some natives live in the desert areas The desert area is commonly referred to as The Outback Natural Resources The coastline of Australia is rich with natural resources Uranium, natural gas, zinc, coal, gold and iron ore are important natural resources Sheep used for wool are also found in Australia’s interior

10 STANDARD OF LIVING AND LITERACY RATE IN AUSTRALIA
Australia’s literacy rate is one of the highest in the world 99% of citizens can read and write Australia’s schools are very important to the country Australia is adding bigger and better universities and training schools Due to a high literacy rate, Australia’s standard of living is very high Most citizens earn good incomes and have stable jobs and careers 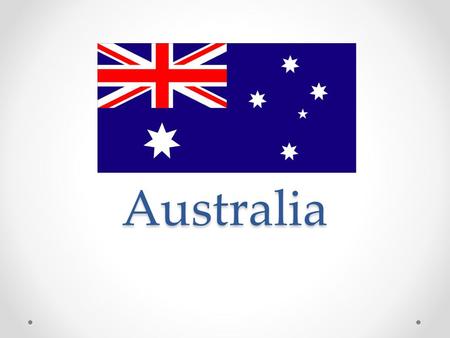