11 Orchestra in your throat

22 Speech is more like speech than like semaphore Speech does not have invariant acoustic targets: consonants change with the vowel. Compare /s/ in /si/ with /s/ in /su/ This is due to co-articulation.

26 Two articulatory systems Öhman suggested that articulation can be decomposed into two semi-independent systems: Slow movement from one vowel target to next eg /i/ -> /u/ Rapid consonantal movement superimposed eg /b/ /d/ So the /b/ in /ibu/ is not the same as in /ibi/

27 Co-articulation Advantages 1. information about different segments is spread across time (Hockett’s squashed eggs). You know that a /u/ is coming because of the type of /s/ you have heard.

28 Co-articulation 2. Liberman thought that this spreading across time makes it easier to transmit information at a fast rate. Liberman et al (1967) Psych Rev 74, 431-461 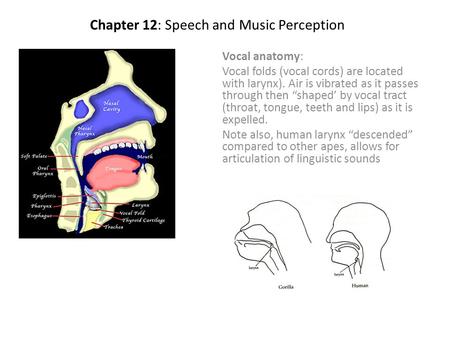 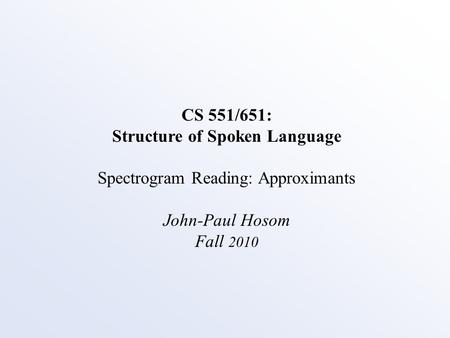 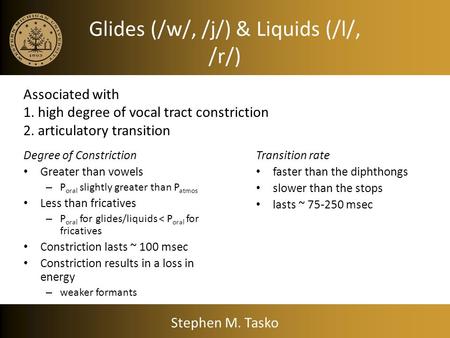