1 Why me? By: Daniela Julca

2 Introduction Adriane is a very beautiful five year old girl;
but, she is blind. She barely knows what things mean, so it’s hard for her to understand how things are. She is about to go to school for the first time, and she will face some new challenges.

3 The clock rang out ‘’ beep, beep, beep…,’’
Adriane yawned, ‘’Yes,’’ excitedly she said. ‘’Adriane, wake up darling,’’ her mom told her in a gentle voice. Adriane woke up and Roxy did too; so she could help her brush her teeth, brush her hair, and get dressed. Roxy was a very nice girl who was a special helper for Adriane. Adriane, after she finished, quickly grabbed her stick and backpack and went downstairs as fast as she could. Her mom was preparing a good breakfast for her to eat. ´´Darling, here is your breakfast,´´ her mom slowly told her. ´´Thanks, mom,´´ Adriane responded. They all went to the car and Adriane started to wonder how the class was going to be even though she could not see . She could not see the colors nor the things around her. She did not know what the students would look like or how they would act toward her. Would the teachers help her? She knew whatever faced her though that she would never give up.

4 She did it! Adriane was now in school. The first day she did not
know anybody, and she felt like she could not be who she really was… funny, crazy, goofy and an awesome friend. The girls looked at her and started to talk about her eyes and that she could not see. So, for the first day it was a little uncomfortable for her. Day after day Adriane became less and less happy at school because she did not know how she could be like the others, normal. Days turned into years and she had not made any real friends She had Roxy, but things just got worse. She wanted to be friends with the kids but nobody wanted to be her friend. Now she was in second grade, and all the girls laughed at her because she was blind.

5 From the time that Adriane started school it was very, very hard
for her. She could not understand some of the things that the teacher was saying, so she had to record the lessons and then had to listen to it at home and try to understand what the lessons were about. One of the teachers that really wanted to help Adriane came upon her and asked her one day, ´´Hey Adriane, how are you doing in the school; do you have some friends yet?´´ ´´No, not yet. Nobody wants to be my friend because they say that I am blind and that they do not hang with girls that are blind,´´ Adriane said with her head down. ´´Wow! I know it’s hard; give it some time and you will have friends I promise, ´´ the teacher said, leaving but with a smile on her face. While the teacher was leaving she asked herself what the teacher meant.

6 It was not long after that talk with the teacher that she woke up like any other day, but she just sat on her bed facing toward the window. She stayed there more than ten minutes, tears running down her cheeks. She started to get red and cried louder but not too loud. She did not know what to do because she knew that she needed friends. She was also going to be blind all of her life. This she knew for a fact. She started to think that what the teacher said was just a joke. Even if friends would come maybe they would not be for real because the teacher might have told them to be her friends. As she sat dazed in thought, her mom came and asked her what was wrong. She told her what was happening in school. Her mom told her that even though she was blind, it did not mean she could not have friends.

7 Her mom put her on her lap and told her.
´´Tomorrow you are going to go to school and if you hear the kids laughing at you, you are going to smile at them and tell them that you will be praying for them because God will do something they have never expected.´´

8 She started to think that God knew what he was doing
With that said, Adriane respond with a huge smile, “Yes, mom.’’ She started to think that God knew what he was doing and that he would help her with the problems she had. The next day she found out that God was helping her and that everything was turning out good, nobody made fun of her and she was very glad about that. However, this was not for long. It was not long before the girls started to laugh at her again. Remembering what her mom had said, she stood up and said with a smile on her face, ‘’I will be praying for you because God will do something you have never expect’’. The girls did not say a word. Instead they were so impressed about what Adriane had said that they had nothing left to say.

9 Soon after that, a girl came up to her and said , ‘’Hi, my name is Isabella. You know you’re not the only one with a problem in this grade right? May I sit down?’’ she asked very properly. ‘’Of course,’’ Adriane proclaimed. ‘’My name is Adriane,’’ Adriane smiled and started to think that maybe she could have some friends. ‘’Yes, I know I am the teacher's daughter,’’ she said with a nod ‘’ So would it be mean if I asked you what problem do you have?’’ Adriane tried to tell her as slowly as she could. Isabella nodded, ‘’Yeah sure, the thing is that I have a problems with my memory. I forget stuff. It isn’t my fault, but I just forget´´. ‘’Oh! well I am sorry for you,´´ Adriane quietly said. ´´It´s okay,´´ Isabella responded. ´´You know, I haven't had a good time in thisschool because of my eyes and all the girls laughing at me…so, I was just wondering can we be friends?´´ She asked almost in a whisper ‘’I would love to!’’ Isabella shouted. They both grabbed their hands and went outside to play. 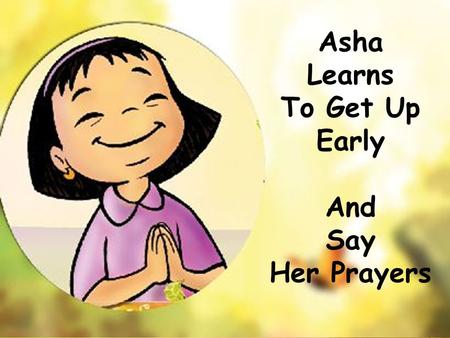 Asha Learns To Get Up Early And Say Her Prayers. Chintu – Oh its so early. I think Ill sleep a little longer. 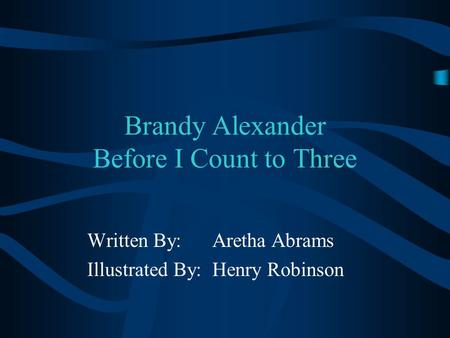 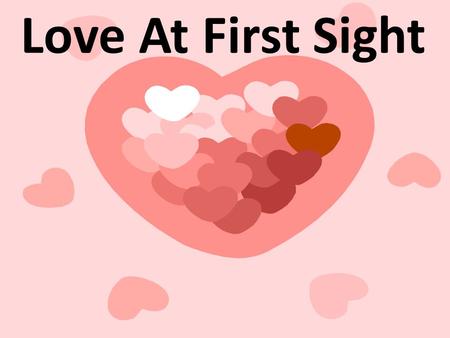 Love At First Sight What a beautiful day it is today! You are as beautiful as this day is! Who said that!? It is I! Chuck! Hello there Chuck. My name. 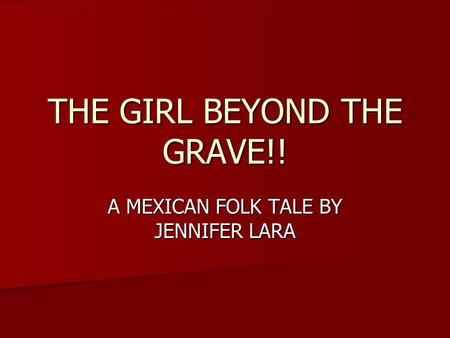