Extra Unit 5 Notes Hi All, The first few slides are blood flow you probably already know. The remaining slides are female reproductive anatomy that we.

Presentation on theme: "Extra Unit 5 Notes Hi All, The first few slides are blood flow you probably already know. The remaining slides are female reproductive anatomy that we."— Presentation transcript:

1 Extra Unit 5 Notes Hi All, The first few slides are blood flow you probably already know. The remaining slides are female reproductive anatomy that we may not finish in lecture on Wednesday.

16 Structure of the Ovary Covered by a thin epithelium and a deeper capsule called tunica albuginea. Internally, the ovary is divided into a cortex and medulla. The cortex contains ovarian follicles and the medulla contains connective tissue, blood vessels, lymphatic vessels and NN. Ovarian follicles consist of an oocyte (egg cell) surrounded by follicle cells. There are several types of follicles, each at different stages of development. (primordial, primary, secondary, vesicular)

19 Corpus Luteum Following release of the oocyte (ovulation) halfway through the monthly cycle, the remnants of the follicle (minus the oocyte) become a corpus luteum. The corpus luteum secretes progesterone and estrogen which stimulates the growth of the uterine endometrium

20 Uterine Tubes The uterine tubes (fallopian tubes) extend laterally from both sides of the uterus. 10-12 cm in length and covered by the mesosalpinx The secondary oocyte is usually fertilized here and travels for 2-3 days to the lumen of the uterus. The mucosa of the uterine tubes is a ciliated columnar epithelium. Infundibulum – lateral opening of the tube encircled by fingerlike projections called fimbriae

23 Uterus Pear-shaped, thick-walled muscular organ within the pelvic cavity Possesses a lumen that is continuous with the uterine tubes laterally and with the vagina inferiorly. May be anteverted (forward) or retroverted (tilted backward) Functions: Site of oocyte implantation Supports the developing pre-embryo/embryo/fetus Ejects the fetus during labor

25 Regions of the Uterus There are four regions of the uterus: Fundus
Body Isthmus Cervix The uterine wall is comprised of three layers: Perimetrium – outermost serosal layer Myometrium –smooth muscle wall Endometrium – mucosa composed of a simple columnar epithelium and an underlying lamina propria. The lamina propria is filled with uterine glands which enlarge during the uterine cycle

26 Support of the Uterus Several structures support the uterus:
Muscles of the pelvic floor The round ligaments The transverse cervical ligaments (cardinal ligaments) Weakness of these ligaments can result in prolapse of the uterus, in which it protrudes through the vagina.

28 Vagina The vagina is a fibromuscular tube about 10 cm in length that connects the uterus to the outside of the body. The vaginal wall is thin and distensible with a mucosa of stratified squamous epithelium. Near the opening, folds of the mucosa form a membranous barrier called the hymen The fornix is the deepest part of the vagina around the cervix.

30 External Genitalia The external genitalia of the female are collectively called the vulva.

31 External Genitalia The mons pubis is an area of skin and subcutaneous fat anterior to the pubic symphysis. The labia majora are paired folds of skin, covered with hair, possessing sebaceous and sweat glands and are homologous with the male scrotum.

34 External Genitalia Also within the vestibule are two greater vestibular glands, which produce a mucus similar to that produced by the (homologous) male bulbourethral glands. The glans clitoris is a small erectile body, located superior to the urethral opening and homologous to the penis of the male The prepuce is an external fold of the labia minora that forms a hoodlike covering over the clitoris. 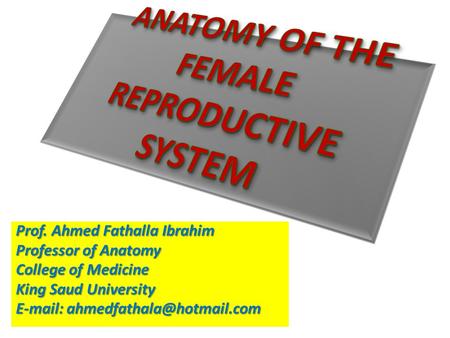 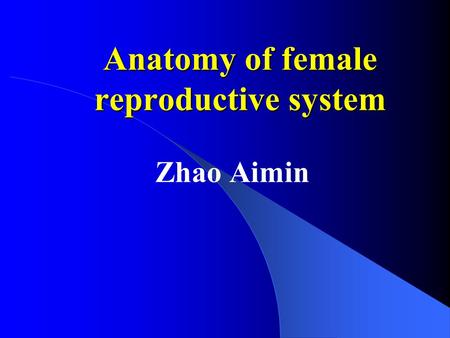 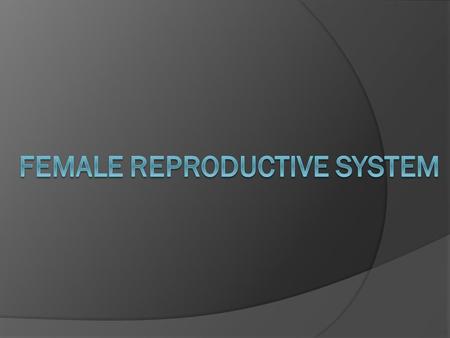 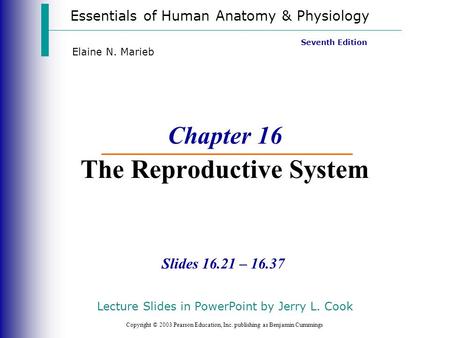 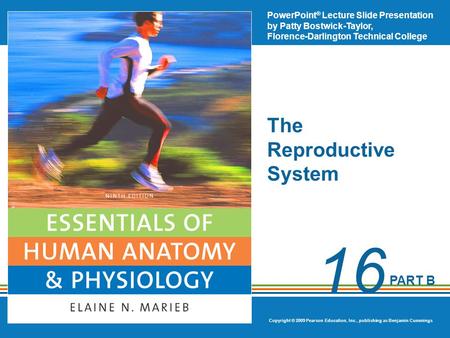 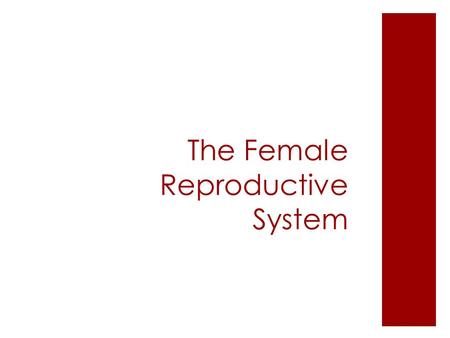 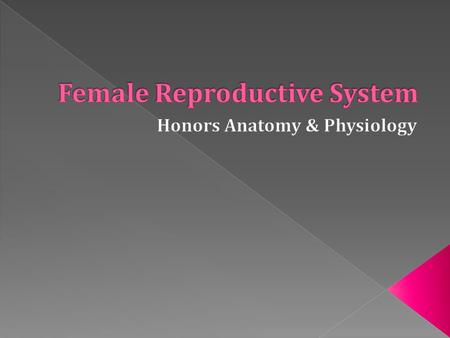 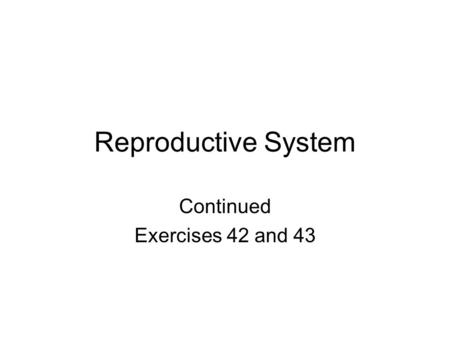 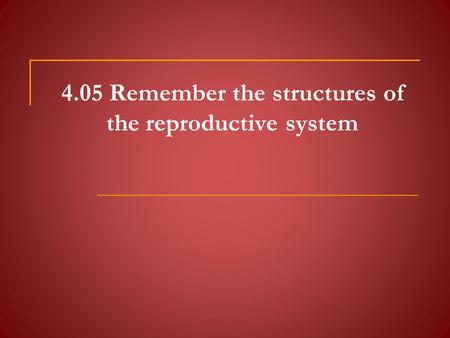 4.05 Remember the structures of the reproductive system 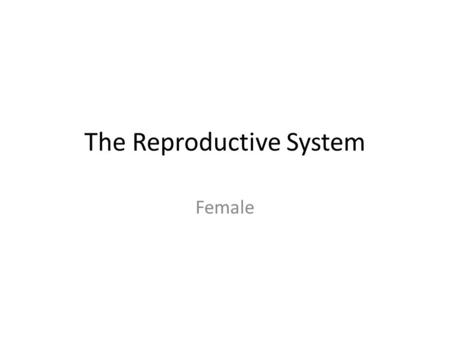 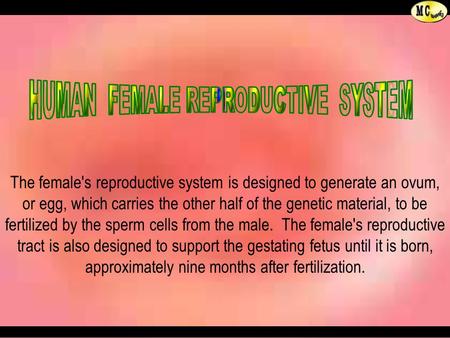 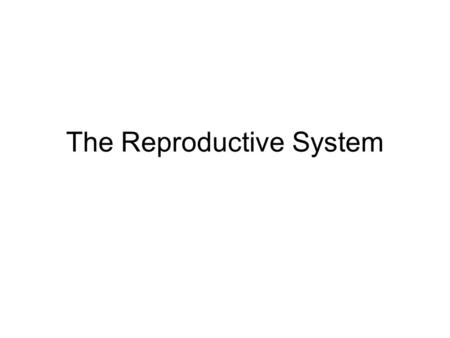 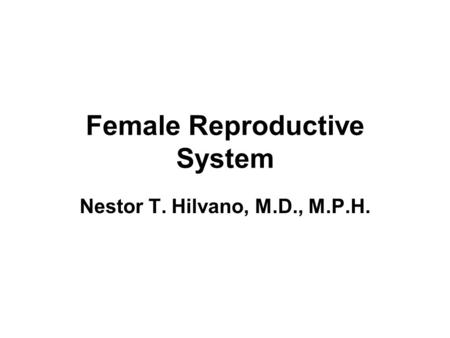 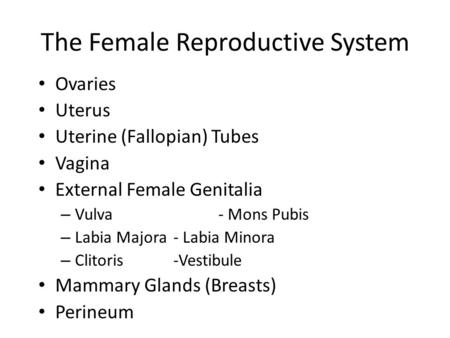 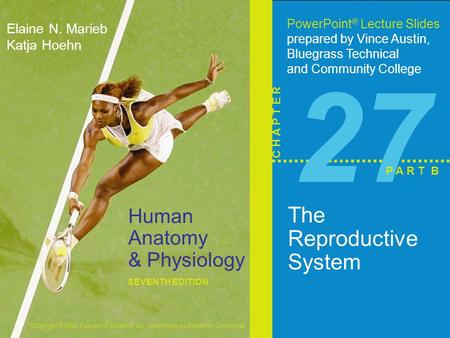 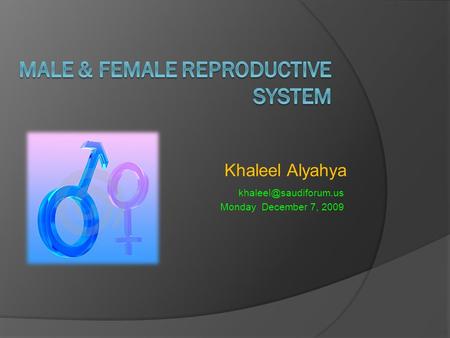 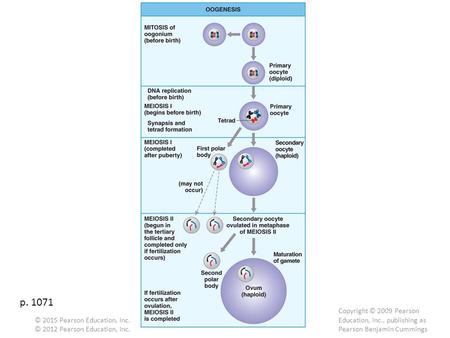 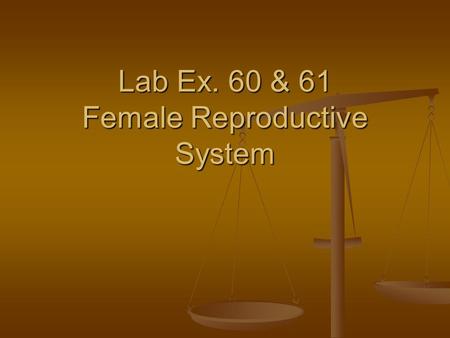 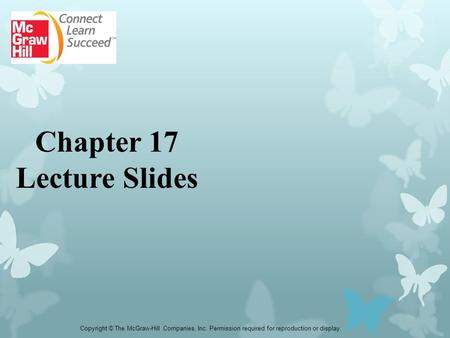