2 Background and Aim ✤ Old-generation drug eluting coronary stents (o-DES) have despite being safe and effective been associated with an increased risk of late stent thrombosis (ST) 1-2 ✤ New-generation DES (n-DES) have been developed with new alloys, delivery systems, improved and bioresorbable polymers and new antiproliferative agents ✤ Most of the n-DES have received CE mark approval based on results from non- inferiority trials compared with first generation drug-eluting stents 3-4. These trials have limited power to detect differences in stent thrombosis and rarely a follow-up beyond 1 year ✤ Our aim was to evaluate ST rates in these stent groups 1: Circulation. 2004;109:701–705. 2: Am J Med. 2006;119:1056–1061 3: Circulation. 2012;125:1246–1255 4: Lancet. 2010;375:201–209

5 Cumulative rate of stent thrombosis in bare metal and drug eluting stents The overall rate of ST was lower in DES compared with BMS up to one year. Beyond one year DES were associated with higher rate of ST than BMS. BMS N= 84266 and 72294 DES N= 93222 and 63342

9 Conclusions ✤ In a large cohort of unselected consecutive patients treated with coronary stents at all interventional centers in Sweden, new generation DES were associated lower ST rates during the first year after implantation ✤ Importantly, in contrast to old generation DES, new generation DES were associated with as low rates of very late ST (> 1 year) as BMS. After one year, the possible confounding effect of different dual antiplatelet treatment strategies, different indications for the procedure and procedural success is likely smaller ✤ The lower risk of ST with new generation DES compared to old generation DES, seemed to be maintained during the follow-up period of up to 5 years ✤ This non-randomized comparison between the stent types was adjusted for all available confounders but there is always a possibility of bias because of unknown confounders. Nonetheless, the reliability of our results are strengthened by a complete angiographic long-term follow up, registry source-data verification and the use of definite, angiographically proven ST as only endpoint measure 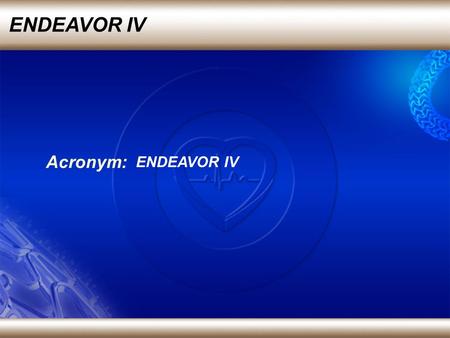 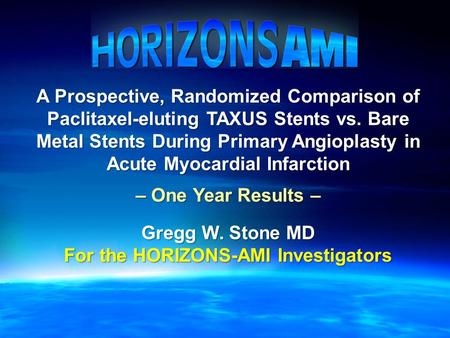 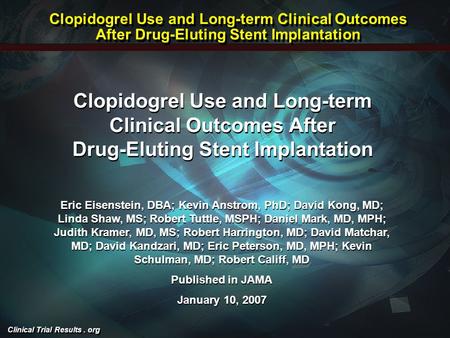 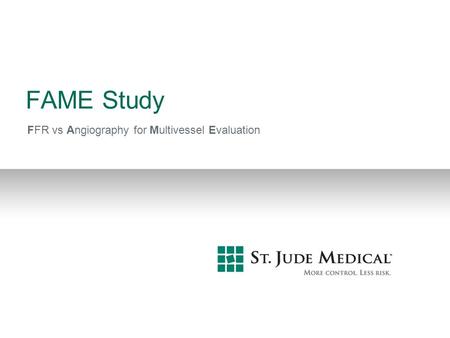 FFR vs Angiography for Multivessel Evaluation 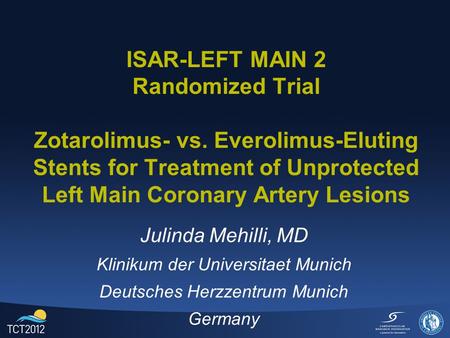 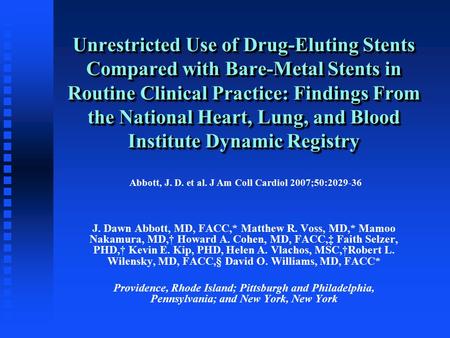 Unrestricted Use of Drug-Eluting Stents Compared with Bare-Metal Stents in Routine Clinical Practice: Findings From the National Heart, Lung, and Blood. 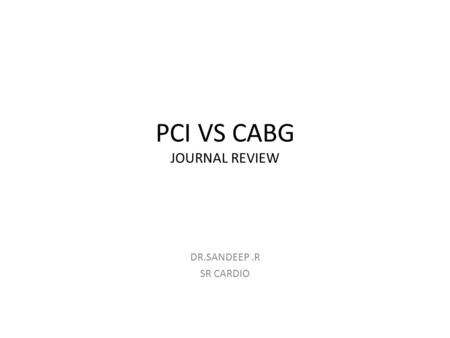 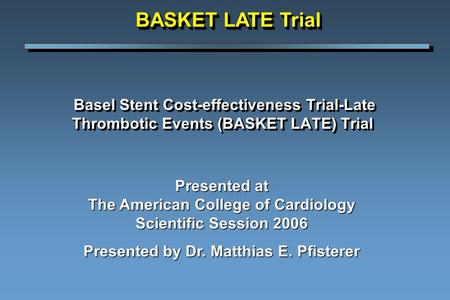 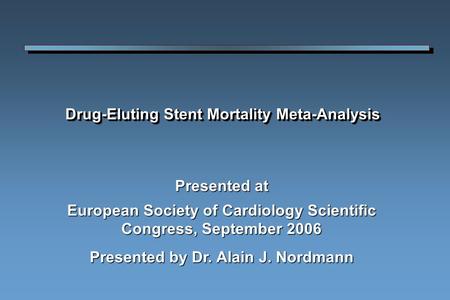 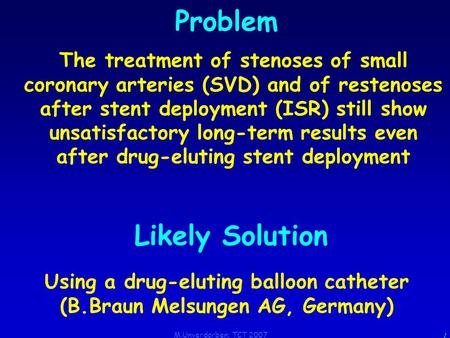 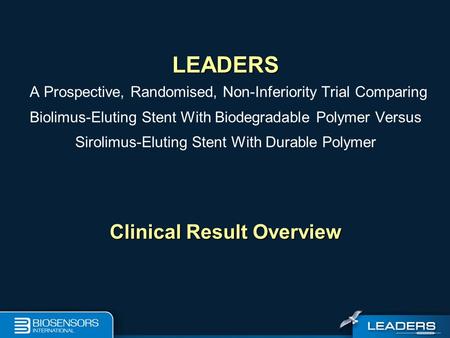 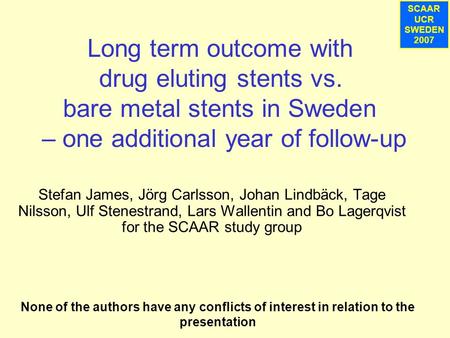 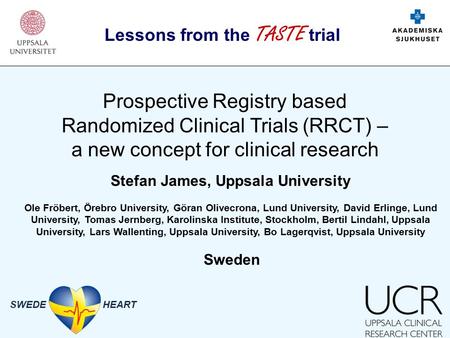 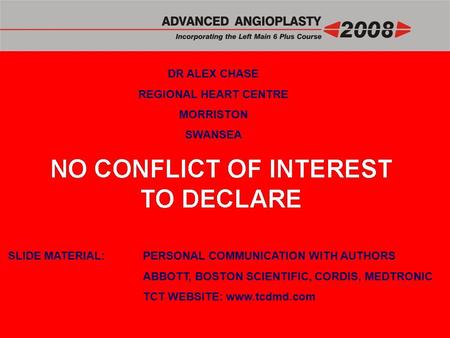 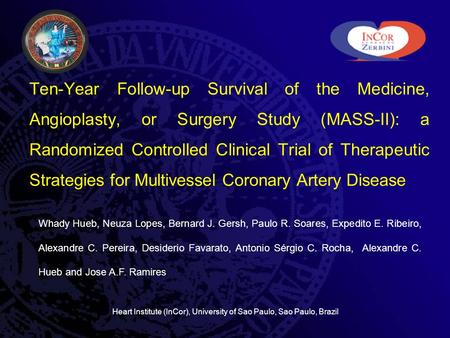 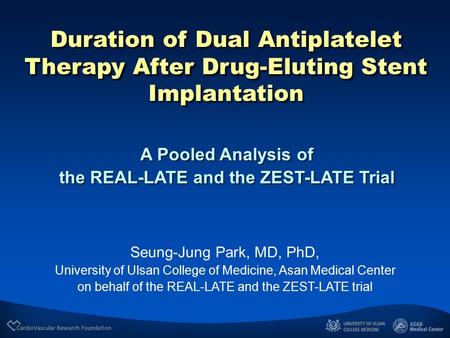 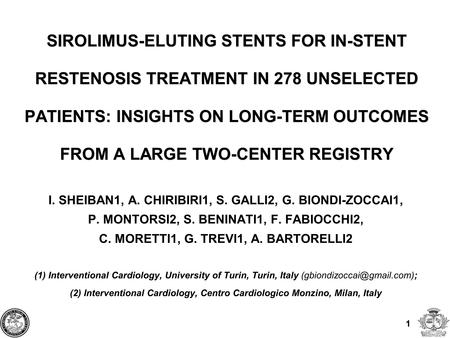 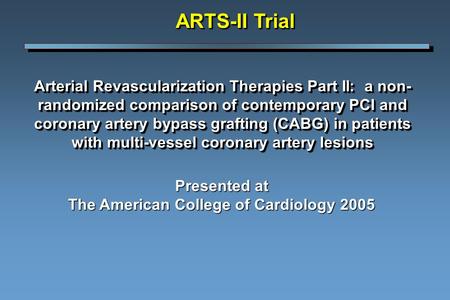 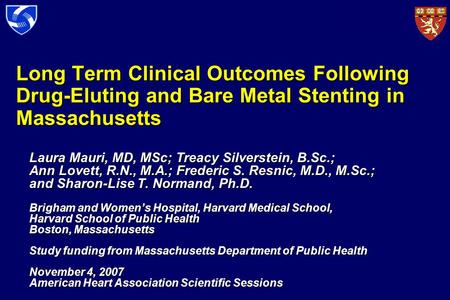