4 It’s not that easy to participate ……

11 Discussion Uptake was 9% higher in the ‘health promotion over phone’ practices (45%) compared to control practices (36%) People who have ever completed a kit have around 80% uptake at subsequent invitation - regardless of intervention Uptake in ‘never-screened’ people increased from 13% to 24% in HP over phone practices Only 50% targeted people were reachable by phone; can this be improved? Cost effective; £6 per person targeted

14 Finally - opportunistic endorsement An EMIS pop-up flags patients with a DNA result in the last 2 years Use opportunity to endorse bowel screening during consultation, LTC reviews or NHS Health Check BUT Don’t rely on pop ups….. 1.They can be disabled by the practice 2.If “bowel screening endorsed” is recorded, flag will disappear for good 3.Most practices have received electronic results for < 2 years 4.SO if patient is 60 – 74, check result on bowel screening template Target for payment: 30% of patients aged 60 – 70 with bowel screening discussion recorded 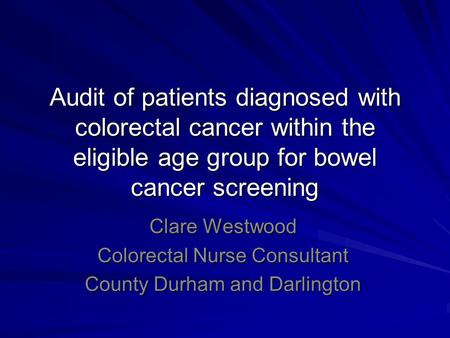 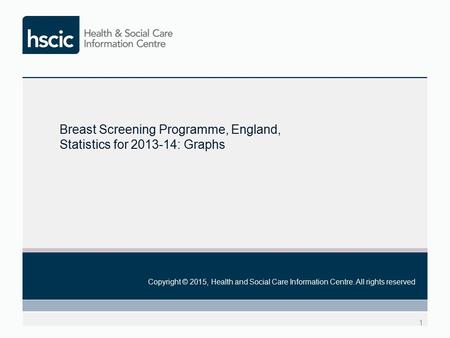 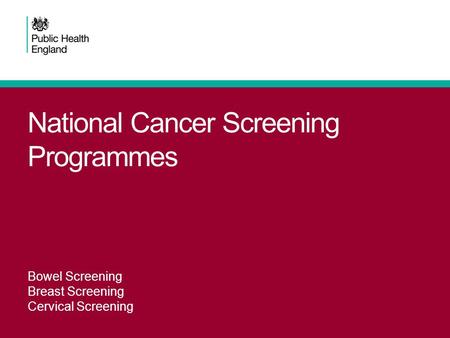 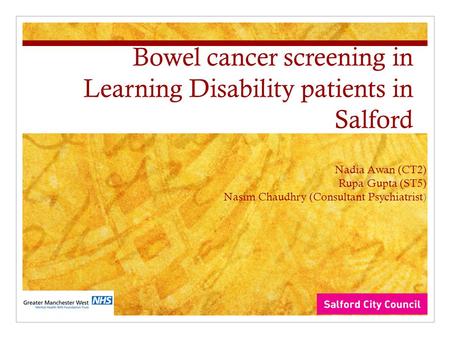 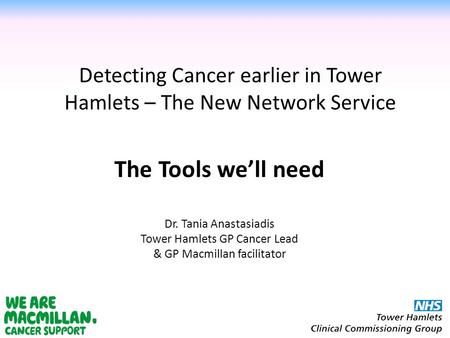 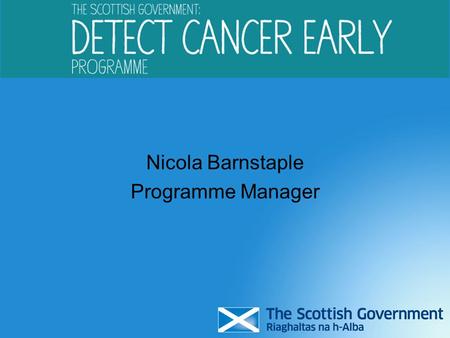 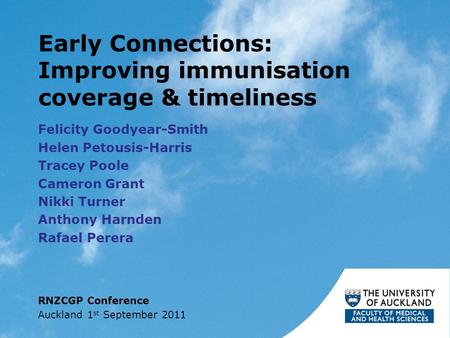 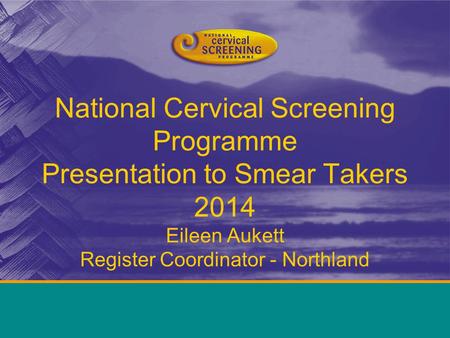 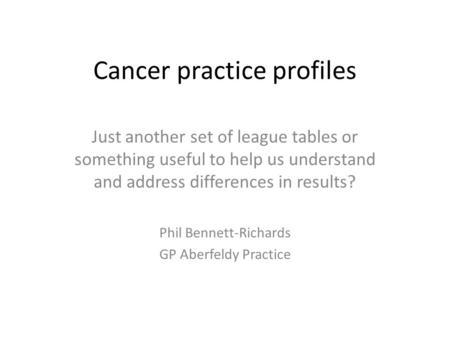 Cancer practice profiles Just another set of league tables or something useful to help us understand and address differences in results? Phil Bennett-Richards. 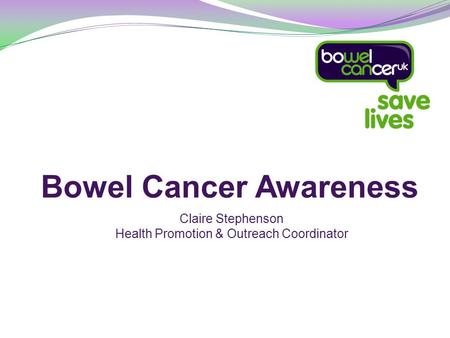 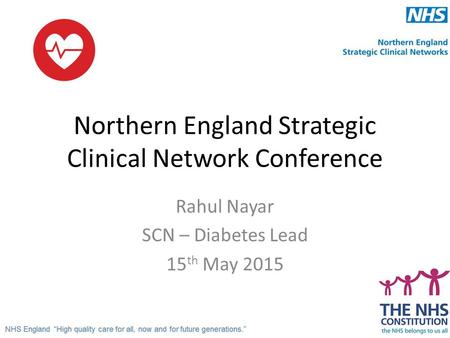 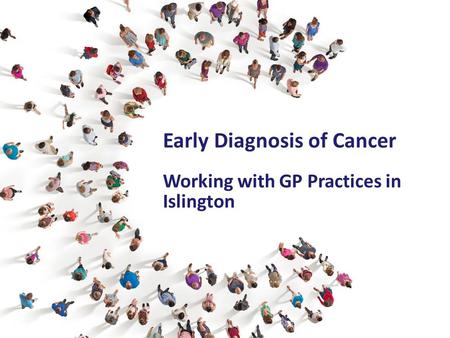 Early Diagnosis of Cancer Working with GP Practices in Islington. 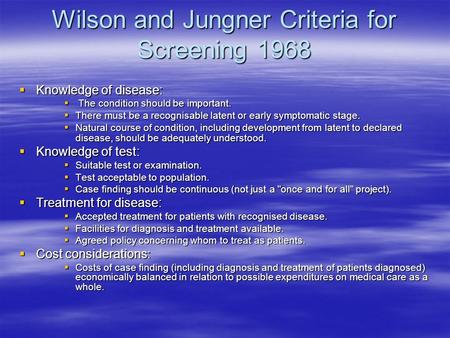 Wilson and Jungner Criteria for Screening 1968 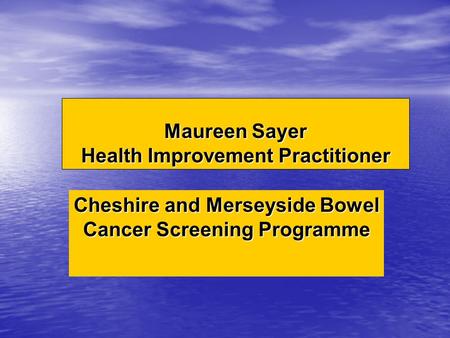 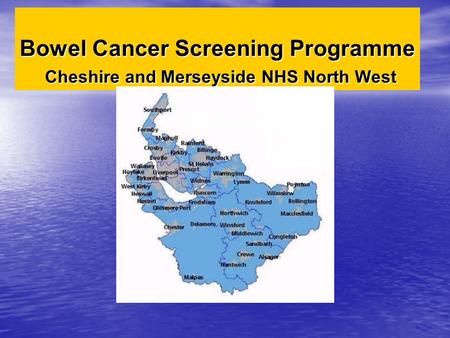 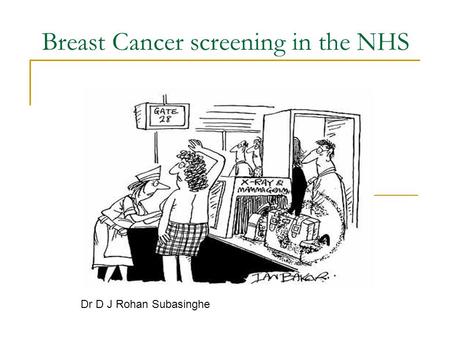 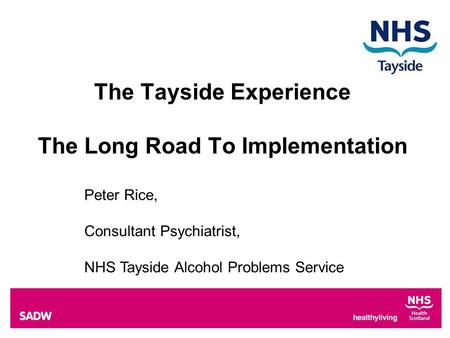 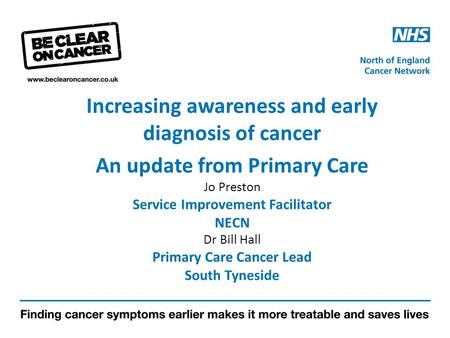 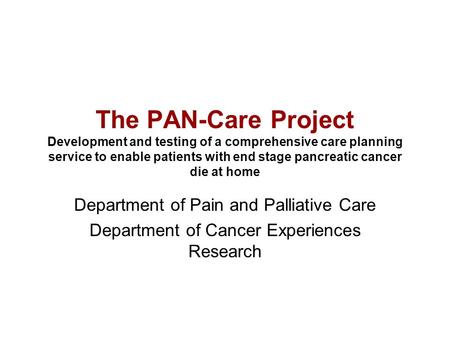