2 Origin of Sedimentary Rocks Most common rocks on the earth are igneous. 2 nd common sedimentary

3 Sedimentary Rock Rocks formed from sediments –1. Sediments cemented together (detrital) –2. Fall out of solution as a precipitate (chemical) –3. plant material pressed together (organic)

4 Sediments are: Pieces of minerals Pieces of rock Pieces of organic matter Minerals dissolved in water – in solution

7 How sedimentary rocks are formed Strata – layers of rock

8 Millions of years have gone by and there are many layers of deposited sediment now. Some of the sediment granules have been cemented together by minerals that were dissolved in the water. They have turned into layers of rock.

9 Compaction Pressure from the upper layers of sediments squeeze out water. Reduce the spaces between the particles They become packed together more tightly. New rock formed

10 Cementation Water soaks through soil Dissolves minerals such as calcite, hematite and limonite (kinds of cement) Solution moves through open spaces between sediment and fills spaces Minerals fall out of solution (precipitate – solid left from solution) “cement” the sediment together. New rock formed Calcite, hematite, limonite are Kinds of cement.

11 Classification of Sedimentary Rocks `1. Detrital Sedimentary Rocks – Clastic Lt. Detritus – to wear away Made from broken fragments of other rocks. Compacted and cemented together. Clastic Gr.klastos – broken

13 Breccia Angular sediments that are cemented. Found at talus slopes

20 Rock salt Found in evaporated salt water lakes or seas. Precipitates out when water is evaporated

23 Coal Decayed organic matter that had been compacted to form a rock. 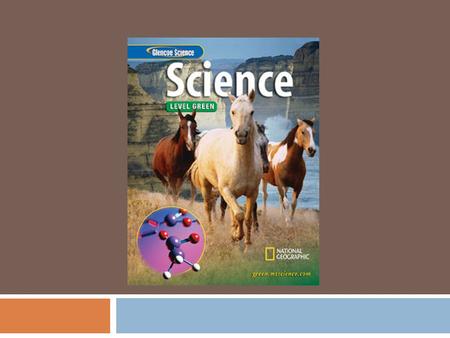 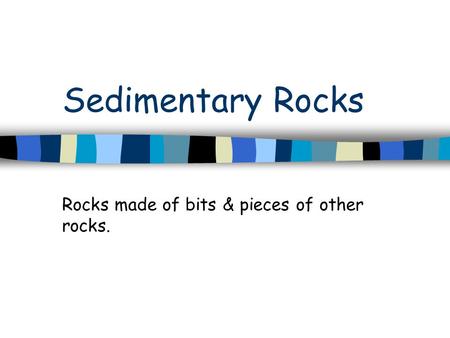 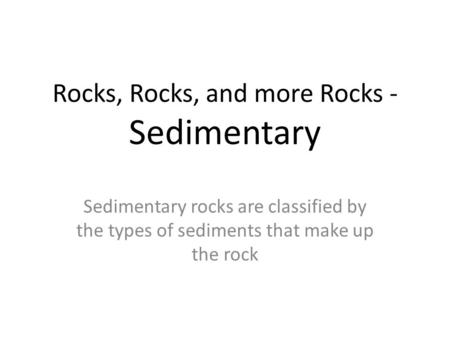 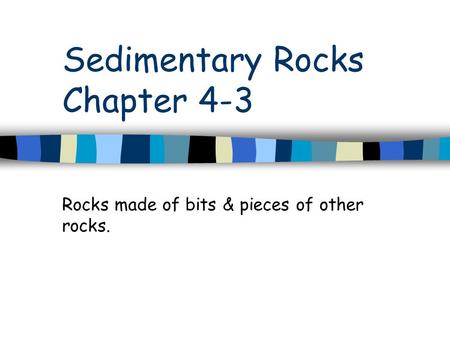 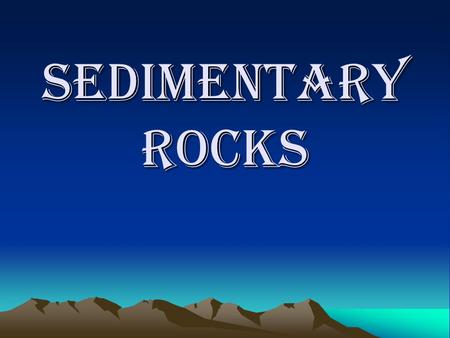 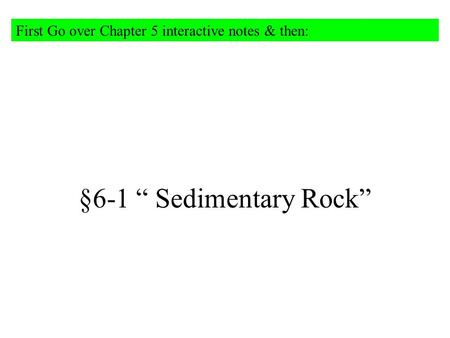 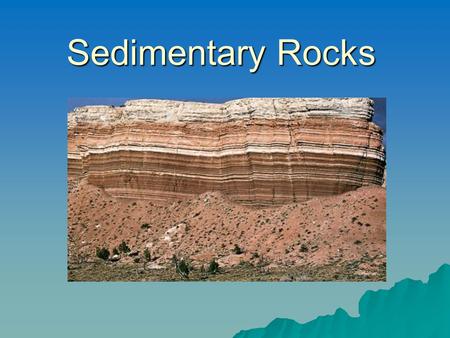 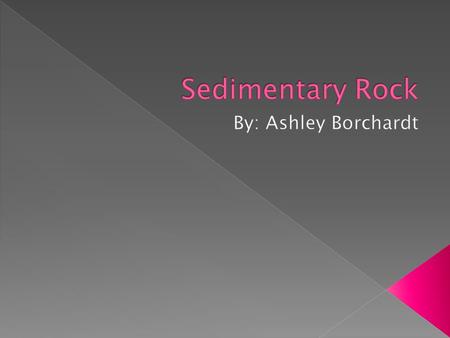