2 Before leaving Washington, Adams appoints new judges…
According to the Constitution President gets to appoint judges So, John Adams signs appointments on his last night in office. What political party do you think the judges Adams appointed belonged to? Why did he do this?

3 Adams’s Midnight Judges
midnight judges- what these new judges were referred to as. William Marbury was one of these “midnight judges.”

4 Thomas Jefferson demands to stop these judges from taking their positions!
James Madison Jefferson’s new Secretary of State Supposed to officially present Marbury with his new position… But he didn’t! So… Marbury sued and appealed to the Supreme Court to get Madison to award him the position…

5 The Verdict? Supreme Court refuses to grant Marbury his position!!
Chief Justice John Marshall says no! Why? Judiciary Act of 1789 (passed by Congress) gave powers to the Judicial branch to force executive office’s appointments to be approved Is that in the Constitution? Or… Did Congress give this power to the Supreme Court?

6 Lasting Impact… This is the first time the Supreme Court overturns an act of Congress. Checks & balances in action! Judicial Review- Supreme Court’s ability to declare a law or act unconstitutional

7 Review Questions Who is Thomas Jefferson’s Secretary of State?
What is the Marbury vs. Madison case about? 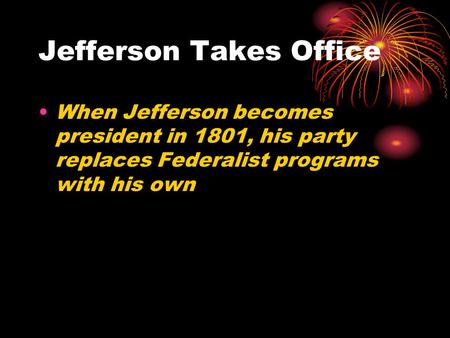 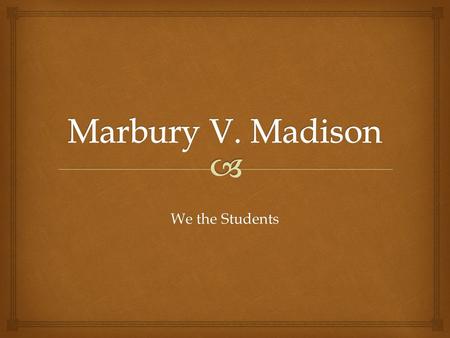 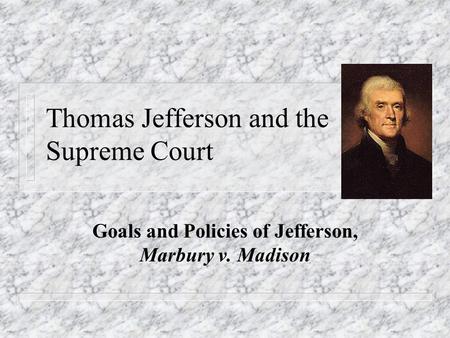 Thomas Jefferson and the Supreme Court 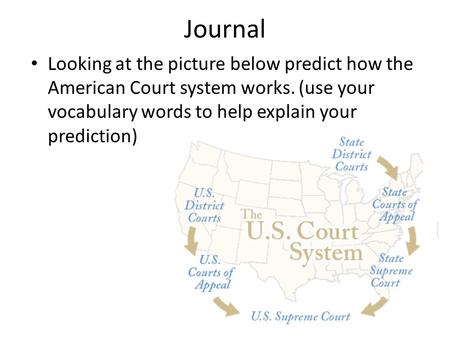 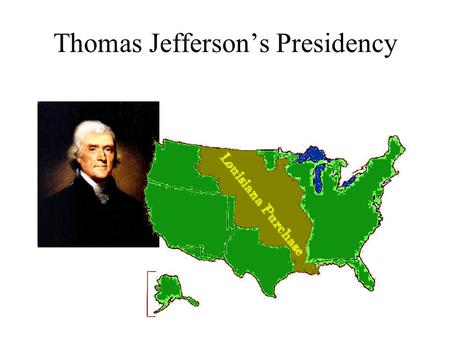 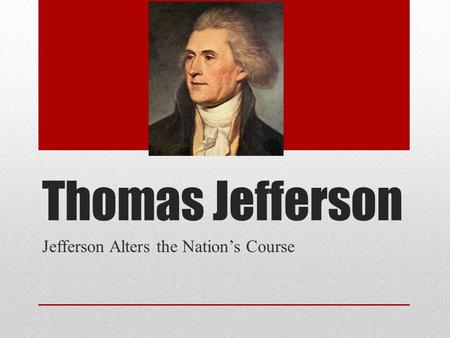 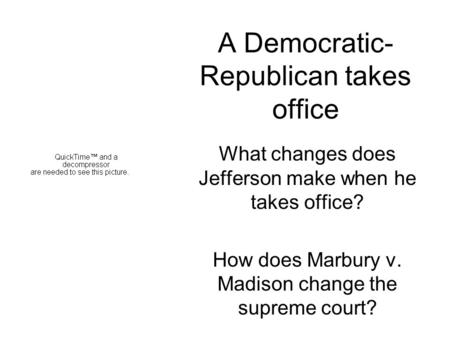 A Democratic- Republican takes office What changes does Jefferson make when he takes office? How does Marbury v. Madison change the supreme court? 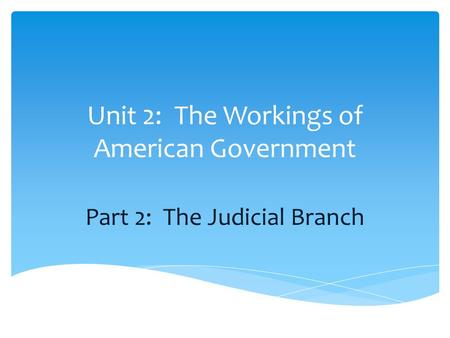 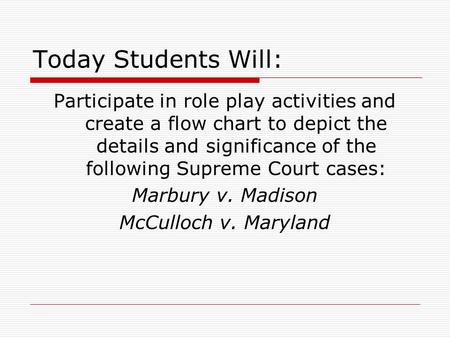 Today Students Will: Participate in role play activities and create a flow chart to depict the details and significance of the following Supreme Court. 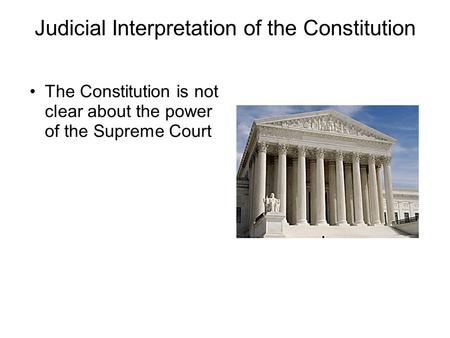 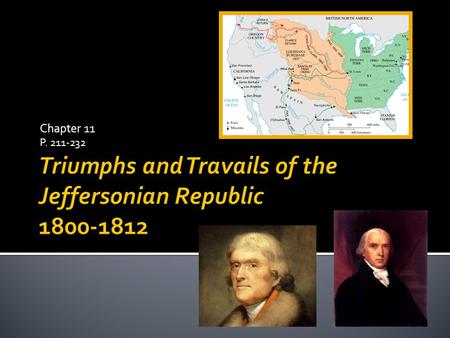 Chapter 11 P “We are all Federalists, we are all Republicans.” 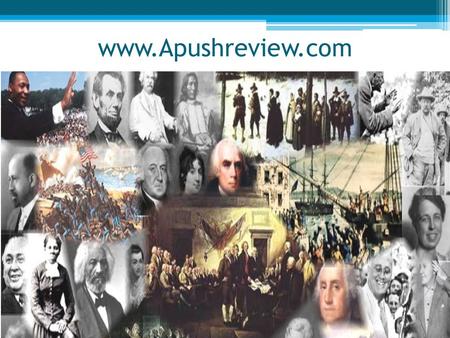 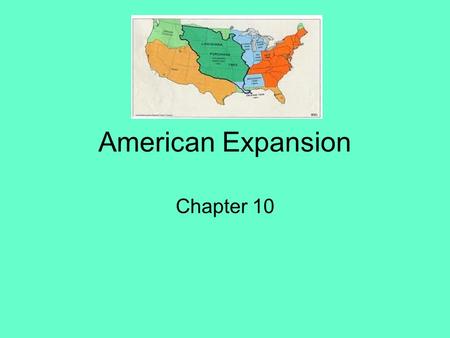 American Expansion Chapter 10. Jefferson as President Thomas Jefferson and the Republicans in Power –Jefferson took office as the 3 rd President of the. 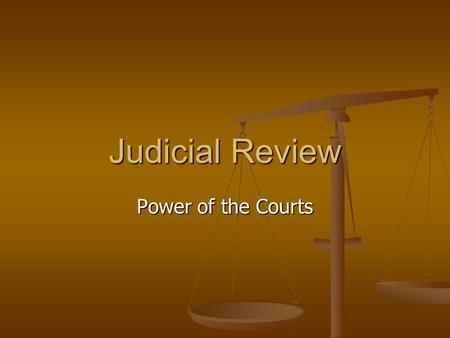 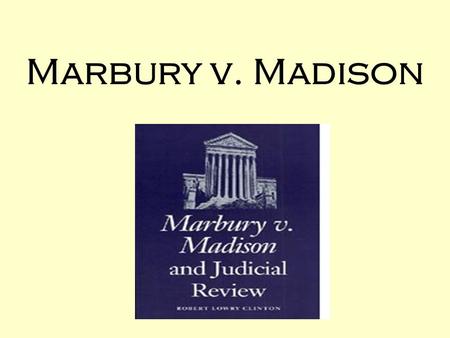 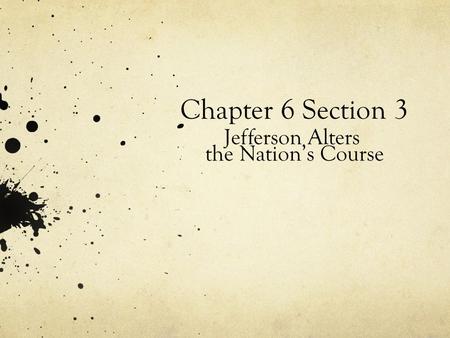 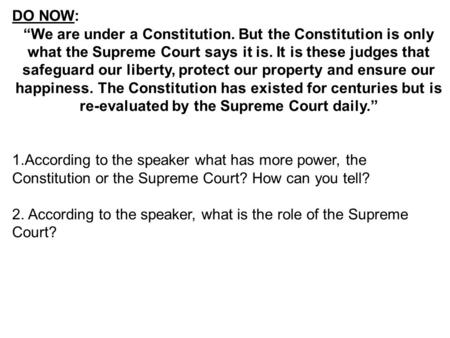 DO NOW: “We are under a Constitution. But the Constitution is only what the Supreme Court says it is. It is these judges that safeguard our liberty, protect. 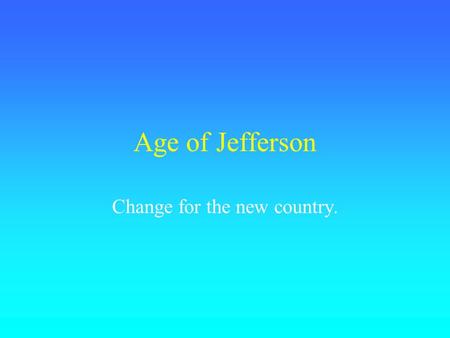 Age of Jefferson Change for the new country.. Election of 1800.