7 Out puts (Jan – July 2009) cont. Counseled and tested 16,235 pregnant women through static and outreaches in hard to reach areas. Enrolled 239 out of 333 HIV positive women into the PMTCT.

8 Out puts (Jan – July 2009) cont. 900 members of the VHTs (Abim and Kaabong) have been oriented on PMTCT. VHTs participating in raising awareness on PMTCT among communities and mobilising pregnant women to attend static and outreach ANC clinics. Scale up to other districts (Moroto, Kotido and Nakapiripirit)

9 Out puts (Jan – July 2009) cont.. Community mobilized through MDD to influence and change their behaviour and attitude towards safer sexual behaviours and HIV testing with emphasis on pregnant women and their partners

10 Out puts (Jan – July 2009) cont. Following up HIV positive mothers and their babies through home visiting. Challenged by high mobility pattern in search of food.

11 Out puts (Jan – July 2009) cont Improved data reporting from the health units. Utilization and validation remains a challenge with discrepancies seen between PMTCT and HMIS reports. Minimal stock outs of supplies reported. This is attributed to buffer stocks supplied by UNICEF. Streamline the reporting, requisitions and delivery from NMS which remains challenging.

15 Lessons learnt Increasing incidences of GBV emerging from disclosure of HIV status. Need for mitigation measures. Involvement of PHAs have not been exploited in sensitization of communities and fighting stigma. VHTs is a critical structure in communities mobilization and awareness raising. Family centred approach to clients enhance disclosure, initiation on ART and adherence.

16 Priority areas up to Dec 2009 Counseling and testing, provision of ARVs to +ve mothers, EID. (static and outreaches including home based counseling and testing). Community mobilization to raise awareness and increase service utilization by use of VHTs, drama, radio programs etc. special emphasis on Male participation. Follow up and referral of HIV positive pregnant women and their children for both PMTCT and comprehensive ART services. Supply chain (timely requisition to NMS of ART drugs to avoid stock out). Programme monitoring, supervision and evaluation through field monitoring visit, review meeting, data validation.

19 Welcome to a Manyata 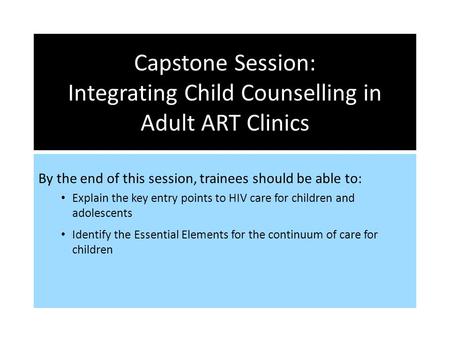 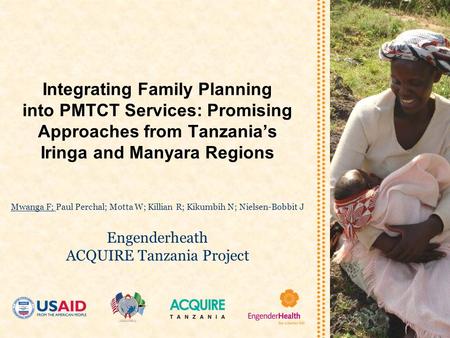 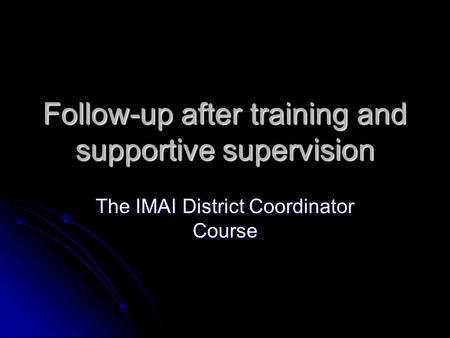 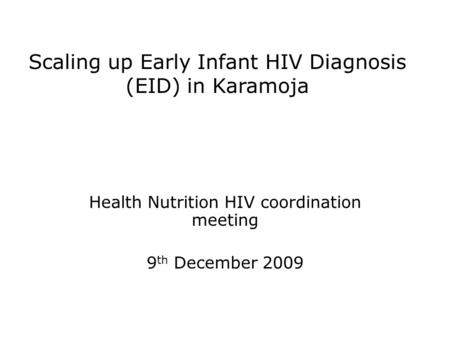 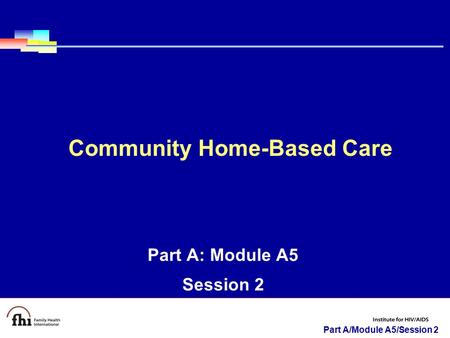 Part A: Module A5 Session 2 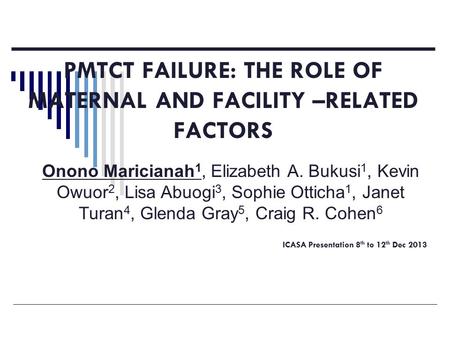 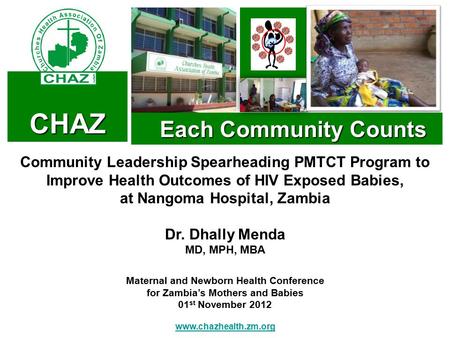 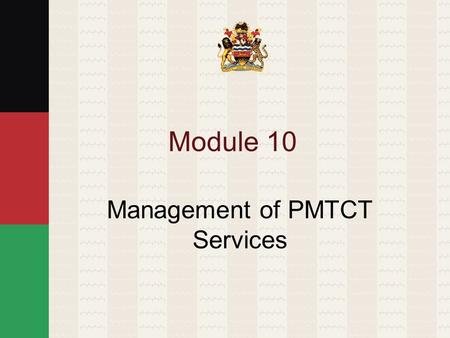 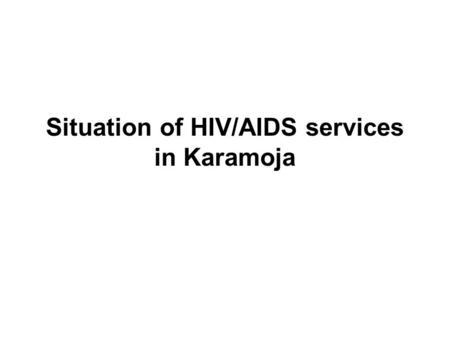 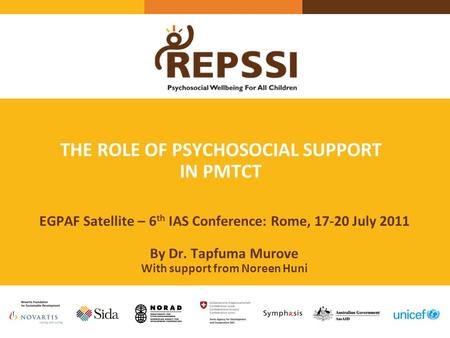 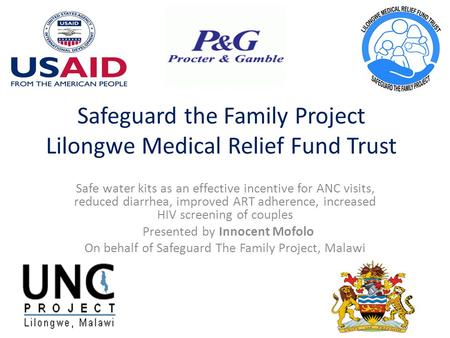 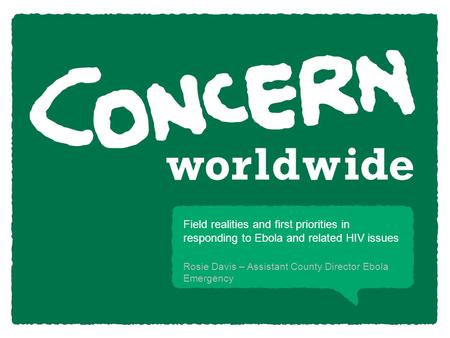 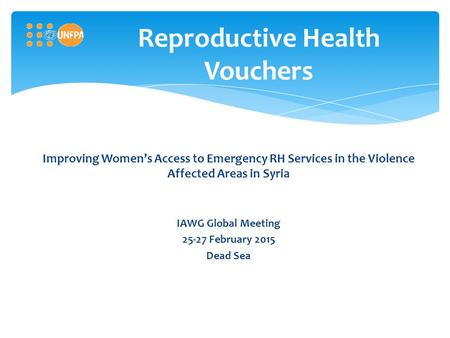 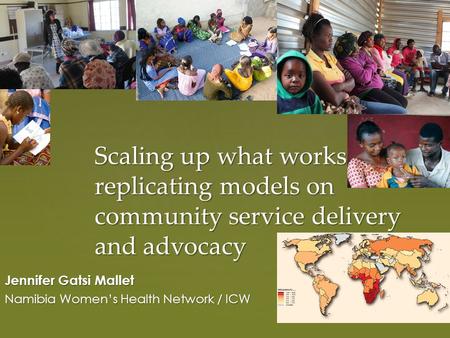 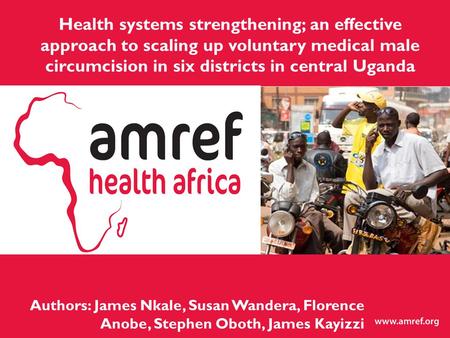 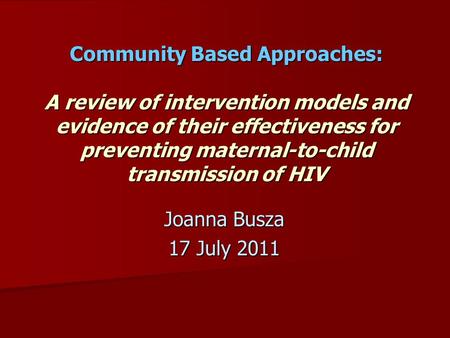 Community Based Approaches: A review of intervention models and evidence of their effectiveness for preventing maternal-to-child transmission of HIV Joanna.