2 Section 1 Changes in government made by Thomas Jefferson 1. Limited power of the federal government over states and citizens. 2. He cut Federal spending. 3. Eliminated all federal taxes

8 Napoleon Bonaparte Emperor of France from 1804 to 1815 Needing money for the war with Britain, Napoleon sold Louisiana to the United States for 15 million dollars.

11 Lewis and Clark Expedition Lewis and Clark were to gather information about plant life, geography, animals and other natural features of the region. To Make contact with Native Americans.

14 Warm Up Why was Jefferson apprehensive about the purchase of Louisiana? He did not have Constitutional power to buy property. Name two goals of the Lewis and Clark expedition They were to report back about plants and animals, and to make contact with native Americans. Why was the Mississippi River important for farmers? They could use the river to ship their crops.

15 Section 3 A Time of Conflict The Embargo Act of 1807 Embargo: Government order that forbids trade. 1803 Britain and France were once again at war. The United States remained neutral and traded with both countries. British War ships began seizing American merchant ships trading with France. The French did the same. Tribute – forced payment from one country to another. Jefferson responded by passing the Embargo Act. Jefferson stopped all trade with Britain and France. Americans were outraged and the Merchants were losing money without goods to sell.

17 Warm Up 12/9/2014 What is an embargo? Government order that forbids trade Name one positive effect and one negative effect the Embargo Act had on the United States. The Embargo Act stopped The French and British from seizing American ships It stopped all imported goods, which hurt American merchants. It did not prevent a war, and it made honest people turn to smuggling.

18 Vocabulary Ch.5 Sec 4 War Hawk People who were eager to go to war against Britain Blockade Shutting a port or road to prevent people or supplies from entering or exiting. Secede To withdraw 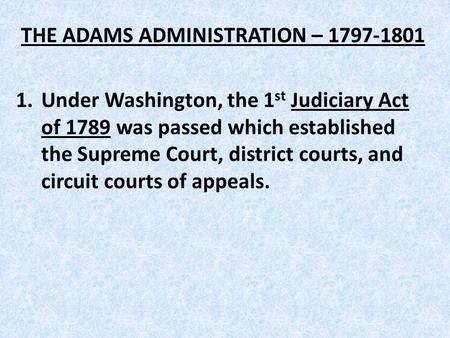 THE ADAMS ADMINISTRATION – Under Washington, the 1 st Judiciary Act of 1789 was passed which established the Supreme Court, district courts, 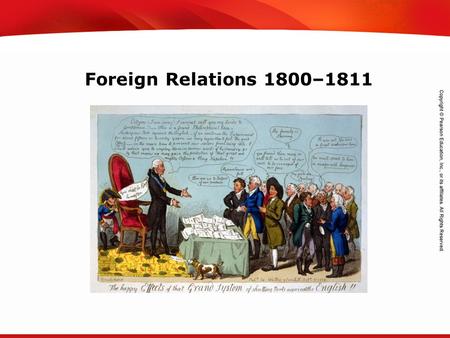 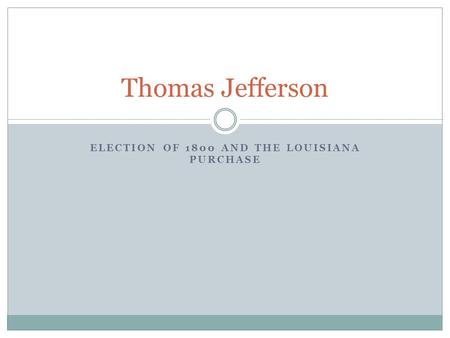 ELECTION OF 1800 AND THE LOUISIANA PURCHASE Thomas Jefferson. 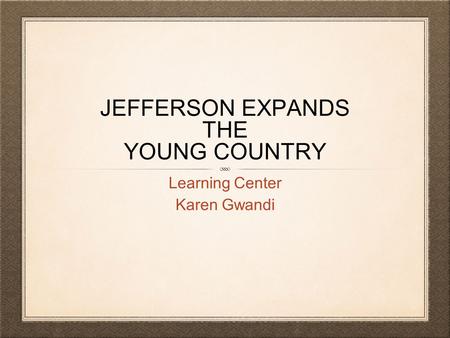 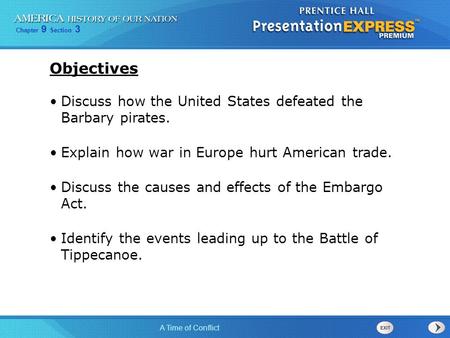 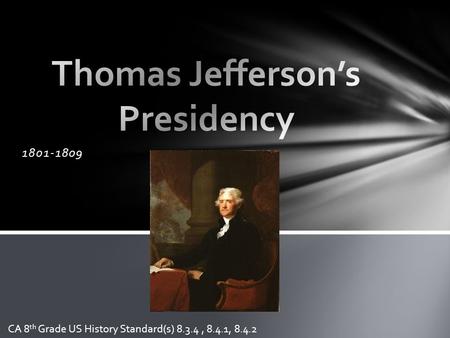 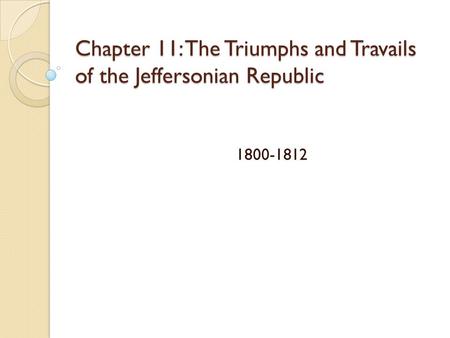 Chapter 11: The Triumphs and Travails of the Jeffersonian Republic 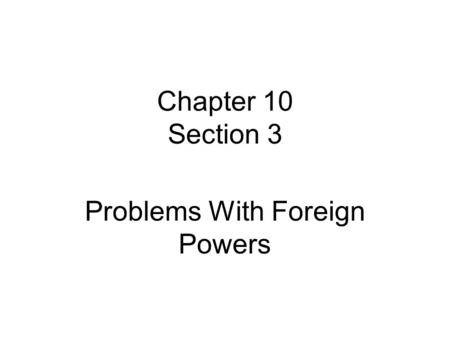 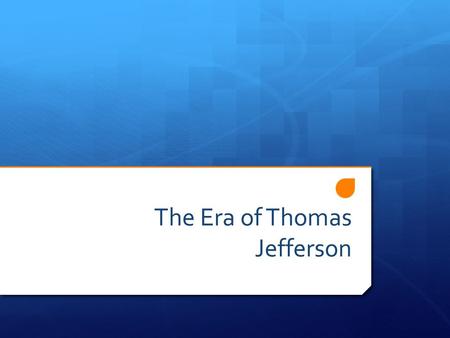 Jefferson Administration. Reducing Government Jefferson wanted to Simplify the Presidency Walked to inauguration instead of riding in carriage Took off. 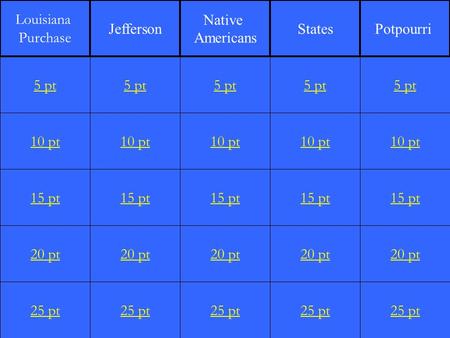 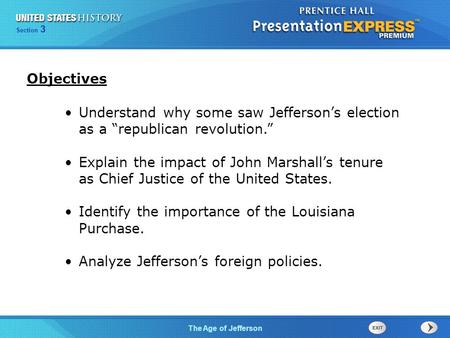 Chapter 25 Section 1 The Cold War Begins Section 3 The Age of Jefferson Understand why some saw Jefferson’s election as a “republican revolution.” Explain. 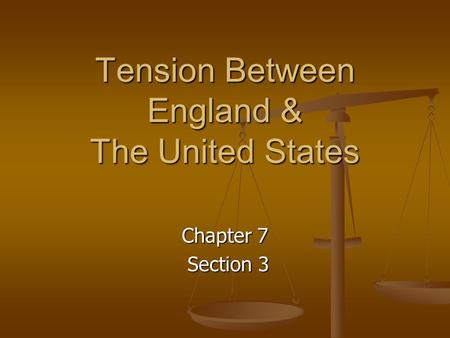 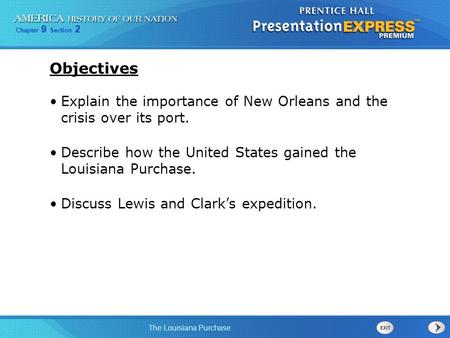 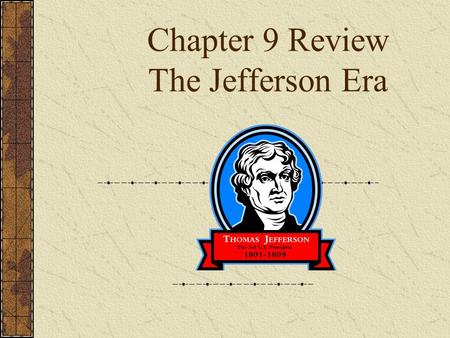 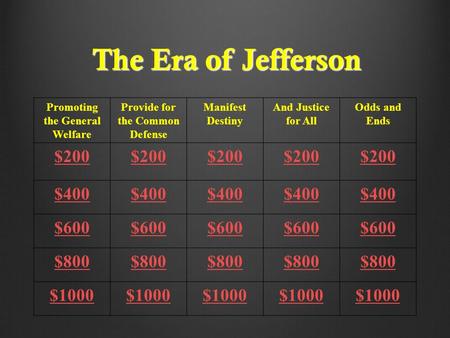 The Era of Jefferson Promoting the General Welfare Provide for the Common Defense Manifest Destiny And Justice for All Odds and Ends $200 $400 $600 $800. 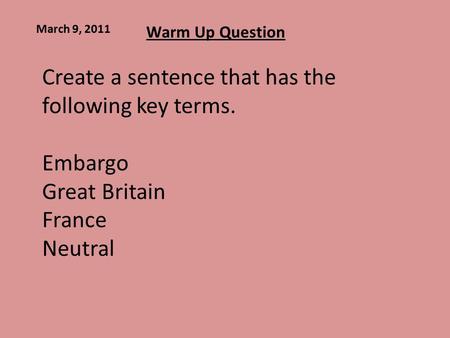