2 A direct object tells who or what receives the action of the verb.
I want that skirt. I bought some shoes. What are the direct objects?

6 I want that skirt. I want it. I bought some shoes. I bought them.

8 There are TWO places that direct objects can be placed in a sentence:
1. Right before a conjugated verb 2. Attached to an infinitive

9 I want that skirt. Skirt D.O.
Quiero esa falda Falda D.O. La quiero. Falda is singular and feminine which is la. Since there is not an infinitive in the sentence, we must put la in front of the conjugated verb.

11 I need them. (Camisas fem.Plural)
Las necesito. Do you have it? (Sweatshirt fem.sing) ¿La tienes? She is going to buy it. (Vestido Mas.Sing) Ella va a comprarlo. OR Ella lo va a comprar

13 More practice: You bought them? (pants) ¿Los compraste? I have it. (book bag) Yo La tengo I need it. (pen) Yo lo necesito. She is going to eat them. (carrots) Ella va a comerlas. Ella las va a comer. 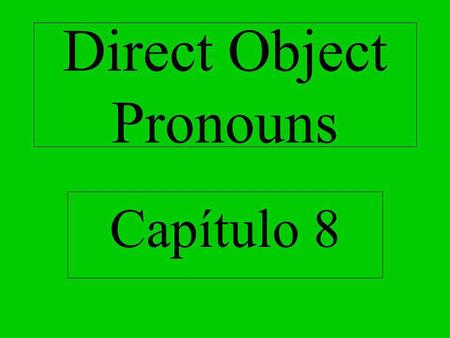 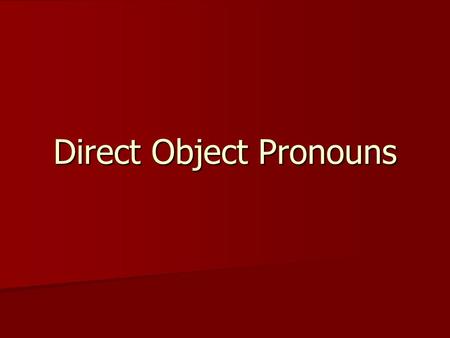 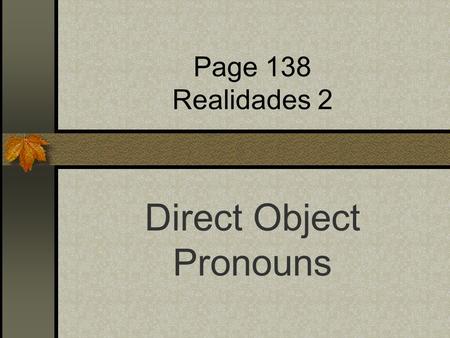 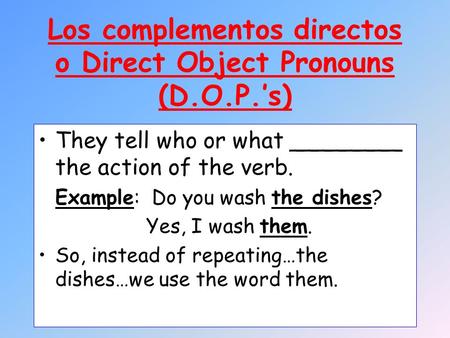 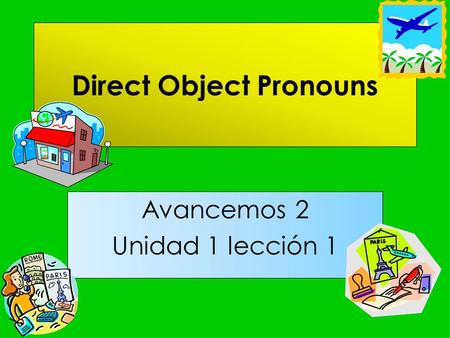 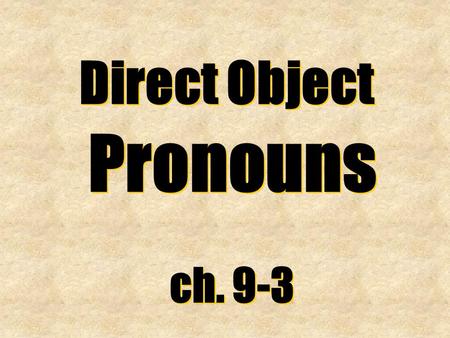 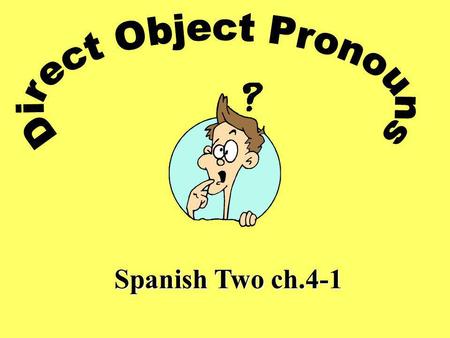 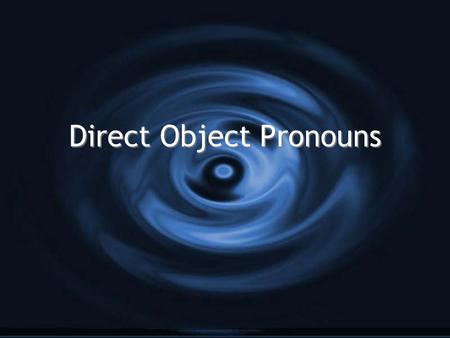 Direct Object Pronouns. ¿Qué es un objeto directo? G Receive the action of the verb in the sentence. G Answer the question whom? or what? about the verb. 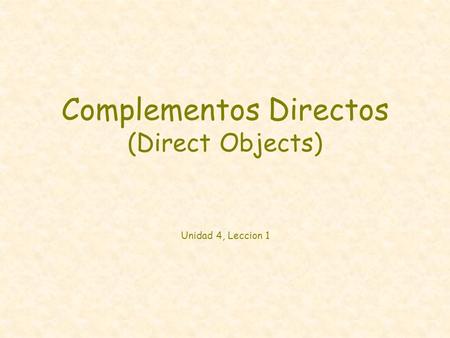 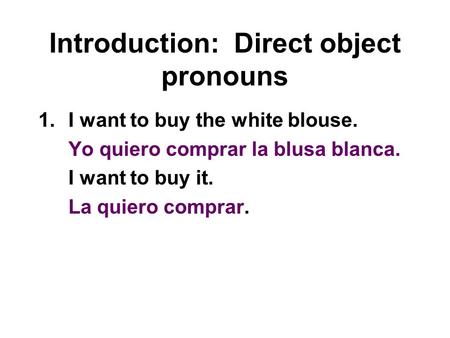 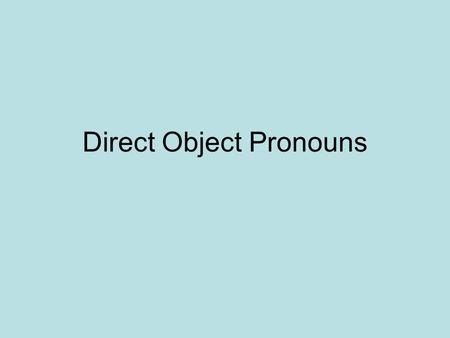 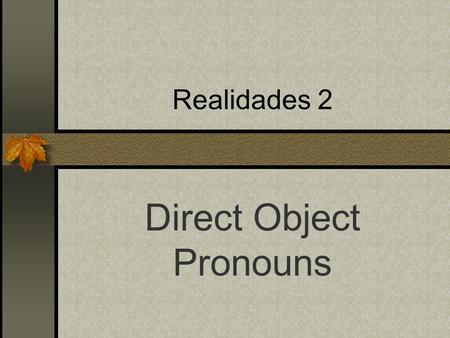 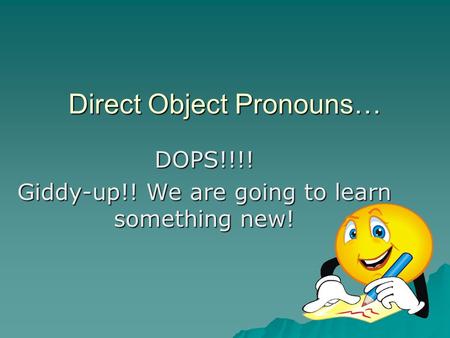 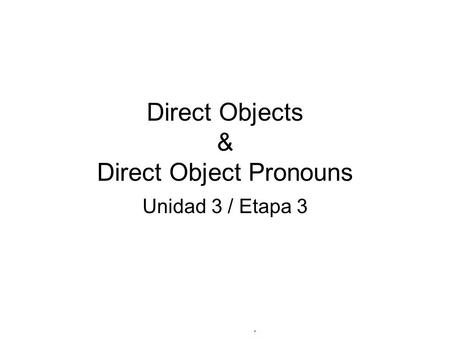 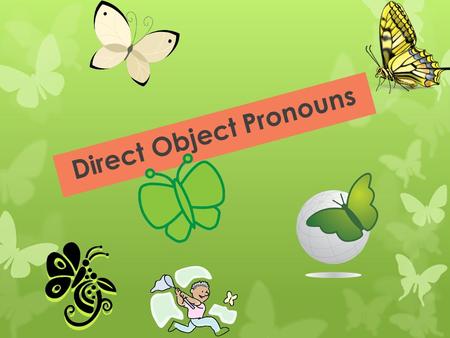 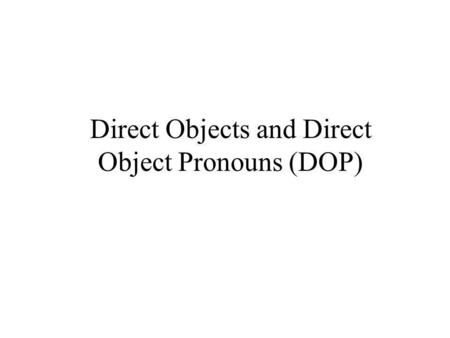 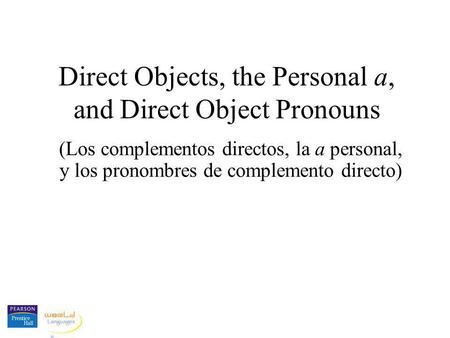 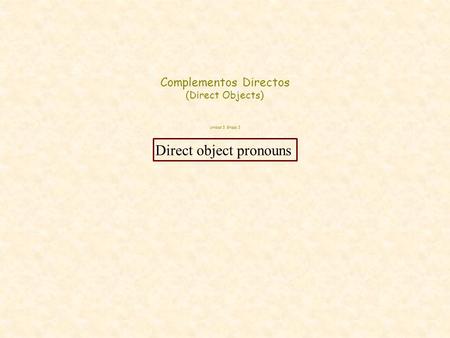