2 Objectives: identify the major air pollutants and where they come from. explain how photochemical smog and acid deposition are formed and describe the effects of each. examine various approaches to the control and prevention of outdoor air pollution. explain the causes and effects of stratospheric ozone depletion. discuss the hazards of indoor air pollution, especially in developing countries.

3 Cleaning it Up in Chattanooga Chattanooga is located in a basin of Appalaican Mountain, what is a basin? Is Los Angeles located in a basin? Chattanooga s a leading manufacturing center in the nation, what environmental problems does that create? What is particulate pollution? Can you think of any examples of particulate pollution? What is an externality? Are respiratory diseases an externality of particulate pollution? Explain. In 1970 the Clean Air Act became law. What are its mandates? How was the Air Pollution Control Ordinance similar to the Clean Air Act? What are drawbacks to these types of legislation? What were some efforts put into place in order to maintain clean air along with economic sustainability? Ozone exceeded the 1997 standard of 0.08 parts per million. How does ozone form? Why is ozone important? How do we anthropogenically affect the ozone?

4 Air Pollution Air pollution- the introduction of chemicals, particulate matter, or microorganisms into the atmosphere at concentrations high enough to harm plants, animals, and materials such as buildings, or to alter ecosystems.

9 Secondary Pollutants Secondary pollutants- pollutants that have undergone transformation in the presence of sunlight, water, oxygen, or other compounds. Examples: ozone, sulfate and nitrate

20 Effects of Acid Deposition Lowering the pH of lake water Decreasing species diversity of aquatic organisms Mobilizing metals that are found in soils and releasing these into surface waters Damaging statues, monuments, and buildings

25 Stratospheric Ozone The stratospheric ozone layer exists roughly 45-60 kilometers above the Earth. Ozone has the ability to absorb ultraviolet radiation and protect life on Earth.

27 Anthropogenic Contributions to Ozone Destruction Certain chemicals can break down ozone, particularly chlorine. The major source of chlorine in the stratosphere is a compound known as chlorofluorocarbons (CFCs) CFCs are used in refrigeration and air conditioning, as propellants in aerosol cans and as “blowing agents” to inject air into foam products like Styrofoam.

28 Anthropogenic Contributions to Ozone Destruction When CFCs are released into the troposphere they make their way to the stratosphere. The ultraviolet radiation present has enough energy to break the bond connecting chlorine to the CFC molecule. which can then break apart the ozone molecules.

29 Anthropogenic Contributions to Ozone Destruction First, chlorine breaks ozone’s bonds and pulls off one atom of oxygen, forming a chlorine monoxide molecule and O2: O3 + Cl -> ClO + O2 Next, a free oxygen atoms pulls the oxygen atom from ClO, liberating the chlorine and creating one oxygen molecule: ClO + O -> Cl + O2 One chlorine atom can catalyze the breakdown of as many as 100,000 ozone molecules before it leaves the stratosphere.

30 Depletion of the Ozone Layer Global Ozone concentrations had decreased by more than 10%. Depletion was greatest at the poles Decreased stratospheric ozone has increased the amount of UV-B radiation that reaches the surface of Earth. 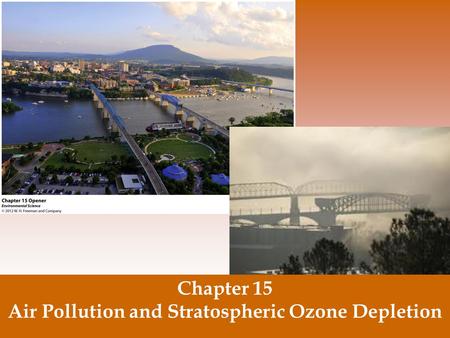 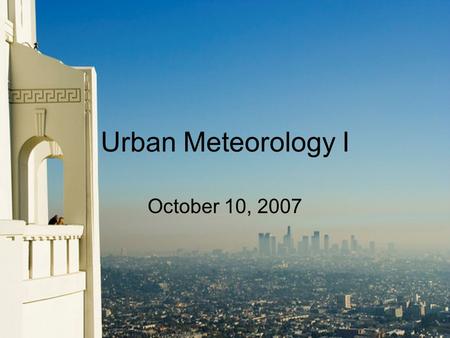 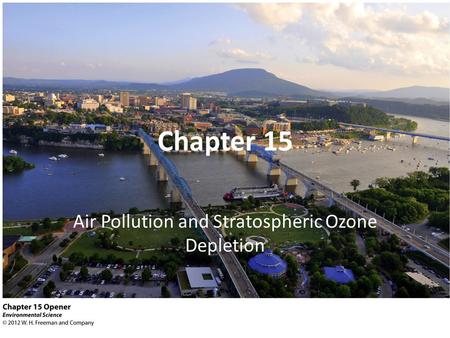 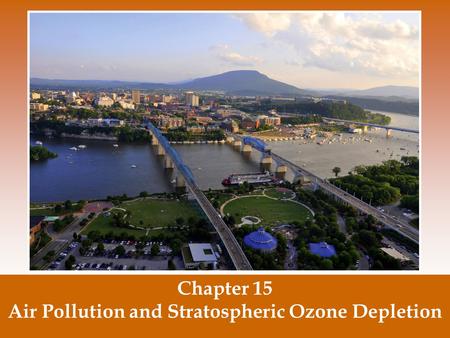 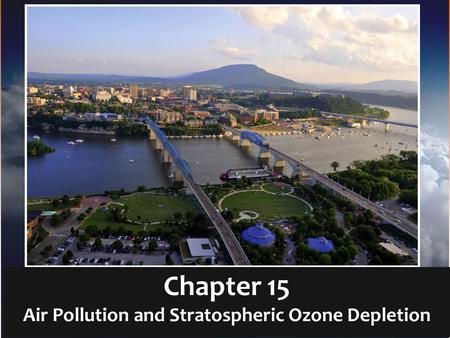 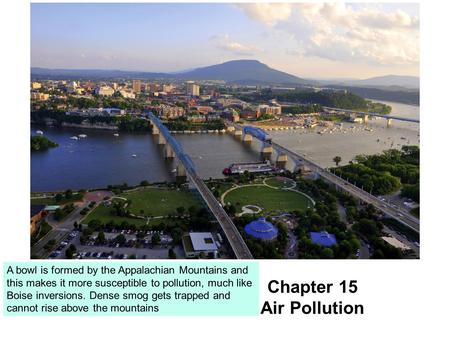 Chapter 15 Air Pollution A bowl is formed by the Appalachian Mountains and this makes it more susceptible to pollution, much like Boise inversions. Dense. 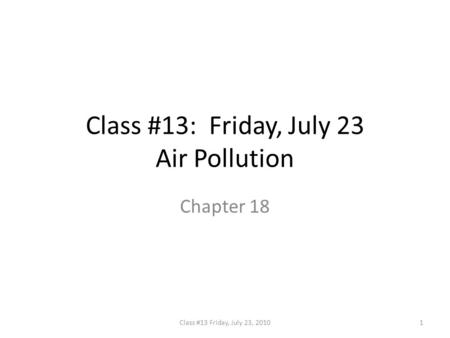 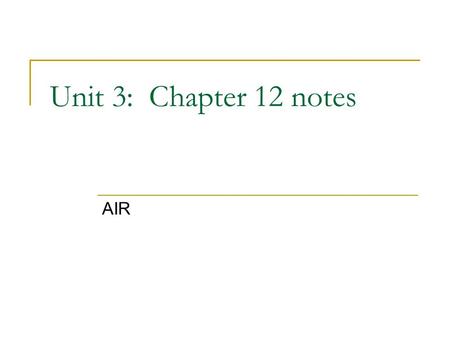 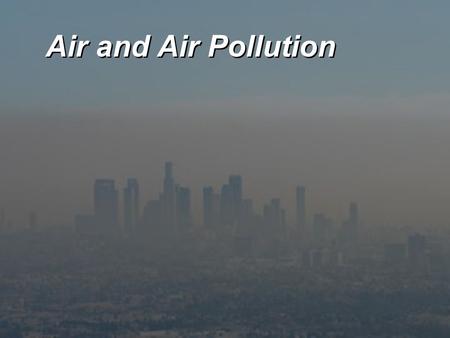 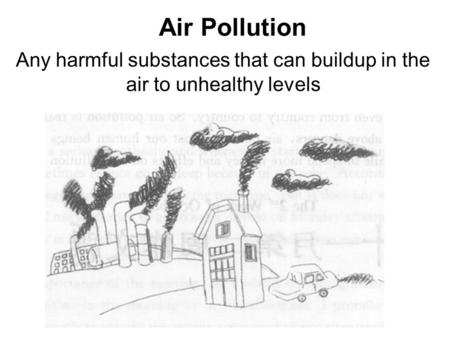