1 Econometric Modeling Through EViews and EXCEL
The Overview

2 Running an Ordinary Least Squares Regression and Interpreting the Statistics

6 Estimated Coefficients for Right-Hand Side or Explanatory Variables
AYDP92 = (slope of line) Estimated Based on Minimizing the Sum of Squared Error Criterion Under the Assumption that the error averages to zero and has constant variance.

9 Probability Statistics or the “p-value”
Associated with each coefficient is a probability value, which is the probability of getting a t-statistic at least as large as in absolute value as the one actually obtained, assuming the coefficient is not statistically different from zero. If the t-stat were 2, then the p-value would be The smaller the probability value, the stronger the evidence against an irrelevant variable. Values less than 0.1 are considered a strong evidence against an irrelevant variable.

11 R-Squared Adjusted The Adjusted R-squared is interpreted the same as R-squared but the formula incorporates adjustment for degrees of freedom used in estimating the model. As long as there is more than one right-hand-side variable (including the constant), Adjusted R-squared will be less than R-squared.

13 Sum of Squared Residuals
This is the minimized value of the sum of squared residuals, which is the objective of least squares. This statistic feeds into other diagnostic measures and in isolation is not very useful.

15 Durbin-Watson Statistic
The D-W stat tests for correlation over time in the errors. If errors are not correlated, they are not forecastable. However, when errors are correlated than the overall forecast can be improved by forecasting those errors. If no first-order serial correlation in the errors exist, then the D-W stat = Roughly, a D-W stat of less than 1.5 implies evidence of positive serial correction and over 2.5 implies negative serial correction.

16 Akaike Information Criterion (AIC) Statistic
Schwarz Information Criterion (SIC) Both measures penalize for the degrees of freedom, the SIC more harshly than the AIC. These measures often are used to select among competing forecast models (which might include comparison of different lag structures). The lower the AIC or SIC the better relative to a competing model.

17 F-Statistic and Associated Probability
This measure tests the hypothesis that the coefficients of all variables in the regression except the constant or intercept term are jointly zero. The associated probability gives the significance level at which we can just reject the hypothesis that all right-hand variables have no predictive power. A reading close to zero allows for rejection of hypothesis (accept the implication that there is explanatory power).

20 The EXCEL Regression Output
Although the Battery of Statistics are More Limited Than from EVIEWS, Those Not Shown in EXCEL Can be Calculated.

21 The EXCEL Regression Output
Multiple R (not shown in EVIEWS Output) is the absolute value of the (Pearson) correlation between the observed y values and the predicted (estimated) y values.

26 Violations of Linearity: Specification Errors
Assumption 1: The Dependent Variable Can be Calculated as a Linear Function of the Set of Independent Variables, Plus the Error Term. Violations of Linearity: Specification Errors Wrong Regressors -- The omission of relevant independent variables or the inclusion of irrelevant independent variables.

27 Violations of Assumption 1:
Nonlinearity -- The relationship between the dependent and independent variables is not linear. Changing Parameters -- The estimated parameters (the coefficients) do not remain constant for the period included in the regression.

28 Assumption 2: The Expected Value (Mean) of the Error Term is Zero, that is, the Mean of the Distribution from which the Sample is Drawn is Zero. Violation of Zero Mean Biased Intercept -- If the error term is systematically positive or negative, you can think of rearranging the terms to re-establish a zero mean by defining a “new error term” (old error term = new error term + bias). Then the new constant term will equal old constant term + bias.

32 Popularity of OLS 1. Computational Convenience.
2. Ease of Interpretation. 3. The OLS estimates of the coefficients will the BEST LINEAR UNBIASED ESTIMATES (BLUE) of the true coefficients.

34 Once You have Estimated Your Equations and Developed Your Model, Then the Next Step is to Simulate the Model.

35 A System of Equations Can Be Solved Using the Gauss-Seidel Method
You Do Not Need to Know too Much About This Since it is Built Into Either EXCEL (if you turn the option on) or EViews.

37 Look at GAUSSSEI.XLS Which is Found on Website
Demonstrates the Concept of Solving a Set of Simulataneous Equations. 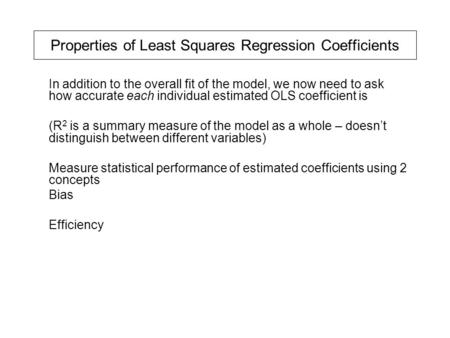 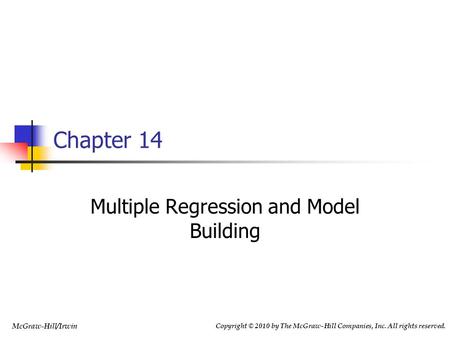 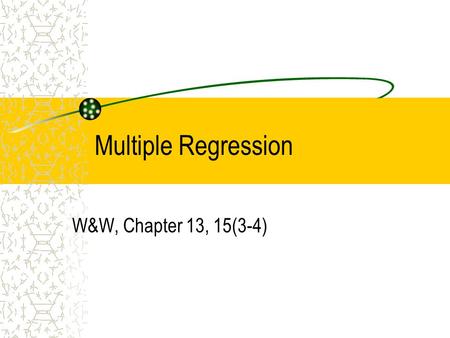 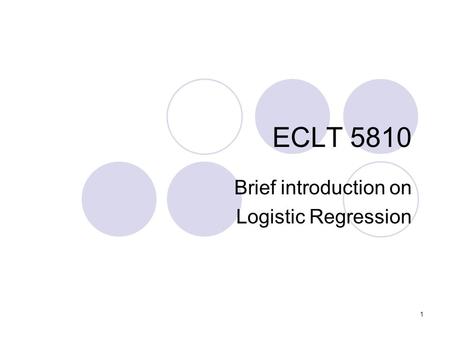 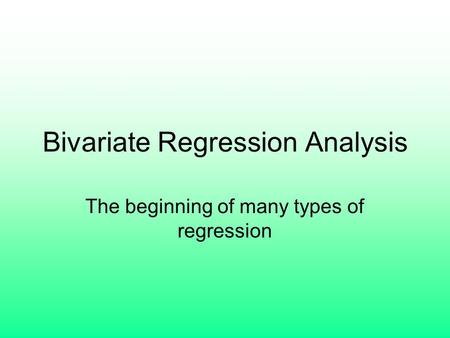 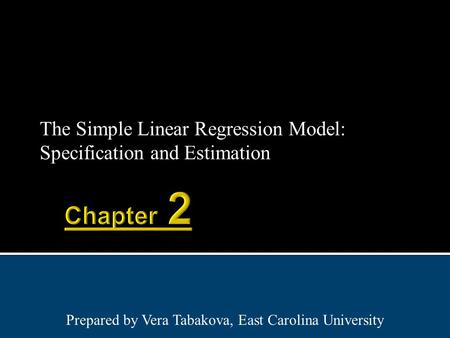 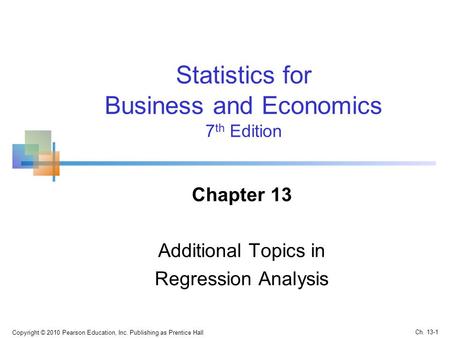 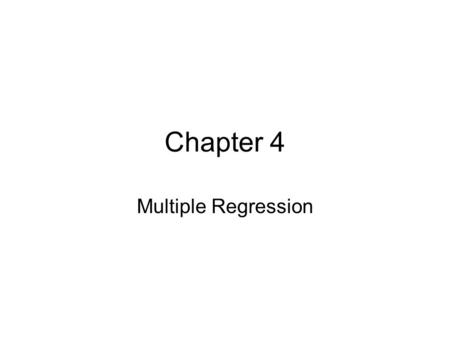 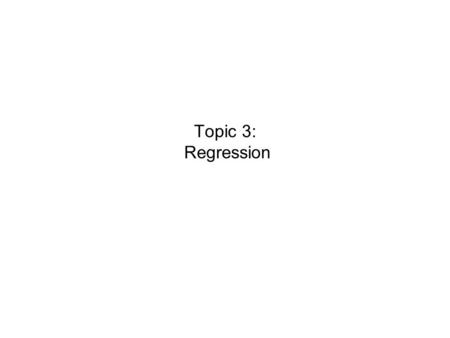 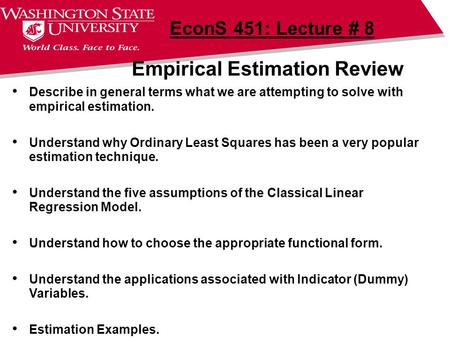 Empirical Estimation Review EconS 451: Lecture # 8 Describe in general terms what we are attempting to solve with empirical estimation. Understand why.