5 Multiple Regression Model
POPULATION MULTIPLE REGRESSION MODEL The population multiple regression model defines the relationship between a dependent or endogenous variable, Y, and a set of independent or exogenous variables, xj, j=1, . . , K. The xji’s are assumed to be fixed numbers and Y is a random variable, defined for each observation, i, where i = 1, . . ., n and n is the number of observations. The model is defined as Where the j’s are constant coefficients and the ’s are random variables with mean 0 and variance 2.

6 Standard Multiple Regression Assumptions
The population multiple regression model is and we assume that n sets of observations are available. The following standard assumptions are made for the model. The x’s are fixed numbers, or they are realizations of random variables, Xji that are independent of the error terms, i’s. In the later case, inference is carried out conditionally on the observed values of the xji’s. The error terms are random variables with mean 0 and the same variance, 2. The later is called homoscedasticity or uniform variance.

7 Standard Multiple Regression Assumptions (continued)
The random error terms, i , are not correlated with one another, so that It is not possible to find a set of numbers, c0, c1, , ck, such that This is the property of no linear relation for the Xj’s.

8 Least Squares Estimation and the Sample Multiple Regression
We begin with a sample of n observations denoted as (x1i, x2i, . . ., xKi, yi i = 1, . . ,n) measured for a process whose population multiple regression model is The least-squares procedure obtains estimates of the coefficients, 1, 2, . . .,K are the values b0 , b1, . . ., bK, for which the sum of the squared deviations is a minimum. The resulting equation is the sample multiple regression of Y on X1, X2, . . ., XK.

12 Sum of Squares Decomposition and the Coefficient of Determination (continued)
The coefficient of determination, R2, of the fitted regression is defined as the proportion of the total sample variability explained by the regression and is and it follows that

13 Estimation of Error Variance
Given the population regression model And the standard regression assumptions, let 2 denote the common variance of the error term i. Then an unbiased estimate of that variance is The square root of the variance, Se is also called the standard error of the estimate.

15 Adjusted Coefficient of Determination
The adjusted coefficient of determination, R2, is defined as We use this measure to correct for the fact that non-relevant independent variables will result in some small reduction in the error sum of squares. Thus the adjusted R2 provides a better comparison between multiple regression models with different numbers of independent variables.

17 Basis for Inference About the Population Regression Parameters
Let the population regression model be Let b0, b1 , . . , bK be the least squares estimates of the population parameters and sb0, sb1, . . ., sbK be the estimated standard deviations of the least squares estimators. Then if the standard regression assumptions hold and if the error terms i are normally distributed, the random variables corresponding to are distributed as Student’s t with (n – K – 1) degrees of freedom.

18 Confidence Intervals for Partial Regression Coefficients
If the regression errors i , are normally distributed and the standard regression assumptions hold, the 100(1 - )% confidence intervals for the partial regression coefficients j, are given by Where t(n – K - 1, /2) is the number for which And the random variable t(n – K - 1) follows a Student’s t distribution with (n – K - 1) degrees of freedom.

20 Tests of Hypotheses for the Partial Regression Coefficients
If the regression errors i are normally distributed and the standard least squares assumptions hold, the following tests have significance level : To test either null hypothesis against the alternative the decision rule is

21 Tests of Hypotheses for the Partial Regression Coefficients (continued)
2. To test either null hypothesis against the alternative the decision rule is

22 Tests of Hypotheses for the Partial Regression Coefficients (continued)
3. To test the null hypothesis Against the two-sided alternative the decision rule is

23 Test on All the Parameters of a Regression Model
Consider the multiple regression model To test the null hypothesis against the alternative hypothesis At a significance level  we can use the decision rule Where F K,n – K –1, is the critical value of F from Table 7 in the appendix for which The computed F K,n – K –1 follows an F distribution with numerator degrees of freedom k and denominator degrees of freedom (n – K – 1)

26 Predictions from the Multiple Regression Models
Given that the population regression model holds and that the standard regression assumptions are valid. Let b0, b1, , bK be the least squares estimates of the model coefficients, j, j = 1, 2, ,K, based on the x1i, x2i, , xKi, yi (i = 1, 2, n) data points. Then given a new observation of a data point, x1,n+1, x 2,n+1, , x K,n+1 the best linear unbiased forecast of Y n+1 is It is very risky to obtain forecasts that are based on X values outside the range of the data used to estimate the model coefficients, because we do not have data evidence to support the linear model at those points.

28 Exponential Model Transformations
Coefficients for exponential models of the form Can be estimated by first taking the logarithm of both sides to obtain an equation that is linear in the logarithms of the variables: Using this form we can regress the logarithm of Y on the logarithm of the two X variables and obtain estimates for the coefficients 1, 2 directly from the regression analysis. Note that this estimation procedure requires that the random errors are multiplicative in the original exponential model. Thus the error term, , is expressed as a percentage increase or decrease instead of the addition or subtraction of a random error as we have seen for linear regression models.

29 Dummy Variable Regression Analysis
The relationship between Y and X1 can shift in response to a changed condition. The shift effect can be estimated by using a dummy variable which has values of 0 (condition not present) and 1 (condition present). All of the observations from one set of data have dummy variable X2 = 1, and the observations for the other set of data have X2 = 0. In these cases the relationship between Y and X1 is specified by the regression model

30 Dummy Variable Regression Analysis (continued)
The functions for each set of points are and In the first function the constant is b0, while in the second the constant is b0 + b2. Dummy variables are also called indicator variables.

31 Dummy Variable Regression for Differences in Slope
To determine if there are significant differences in the slope between two discrete conditions we need to expand our regression model to a more complex form Now we see that the slope coefficient of x1 contains two components, b1, and b3x2. When x2 equals 0, the slope estimate is the usual b1. However, when x2 equals 1, the slope is equal to the algebraic sun of b1 + b3. To estimate the model we actually need to multiply the variables to create a new set of transformed variables that are linear. Therefore the model actually used for the estimation is 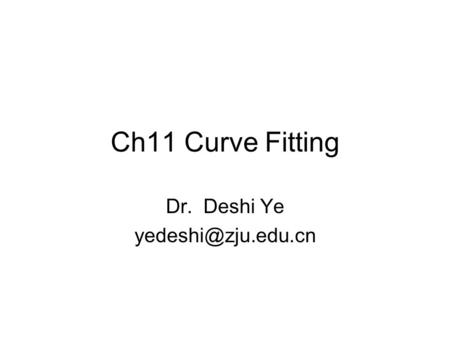 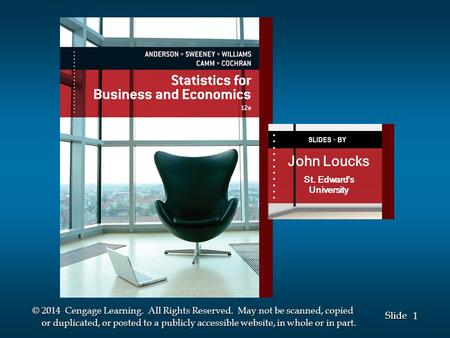 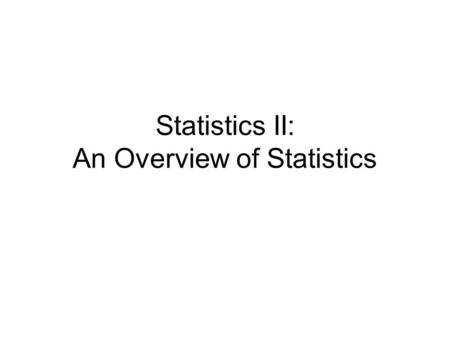 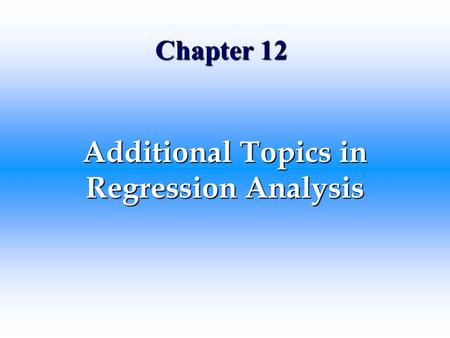 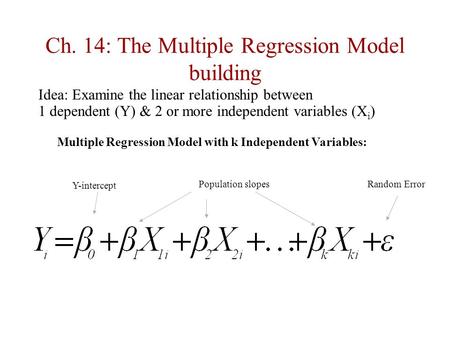