Levels of Organization The Universe

1 Levels of Organization The Universe

7 tissues A group of cells working together organs

8 organs A group of tissues working together Organ systems

12 communities ecosystems
Different populations living in one place together ecosystems

14 biosphere All the parts of the Earth that support life – atmosphere, hydrosphere, lithosphere, and living things planets

18 The known universe Everything: all galaxies, space, matter and energy 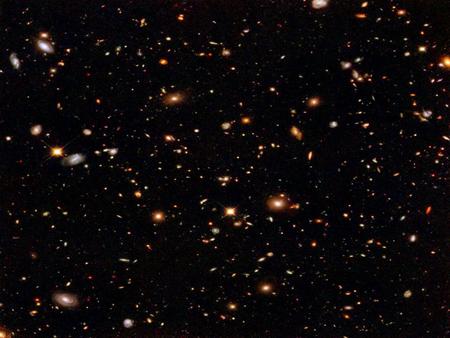 Who Am I? What do I do? ASTROPHYSICS: That branch of astronomy which treats of the physical or chemical properties of the celestial bodies. 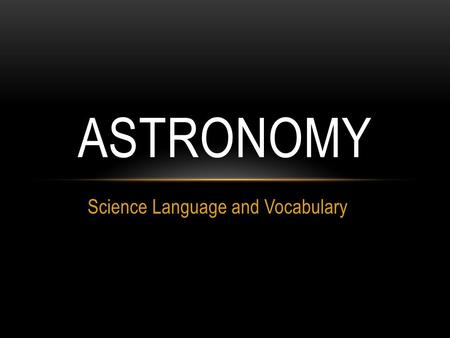 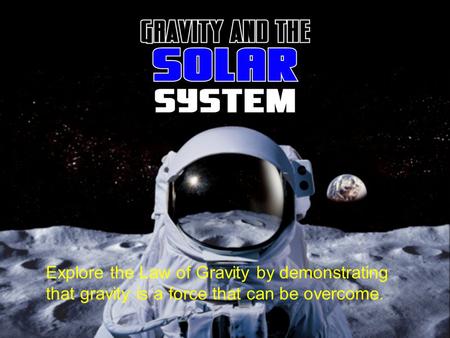 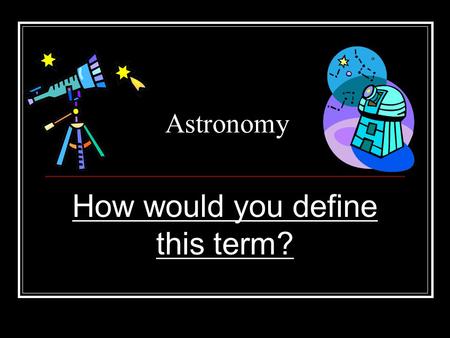 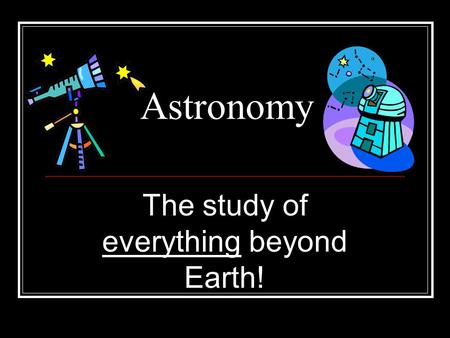 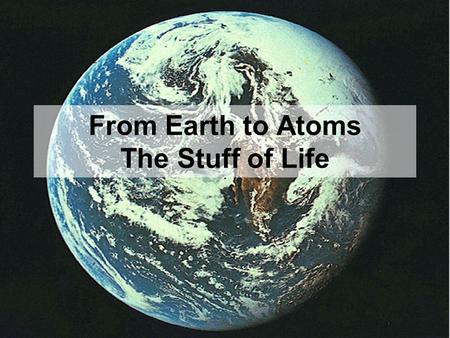 From Earth to Atoms The Stuff of Life. Biosphere The part of the earth and its atmosphere in which living organisms exist or that is capable of supporting. 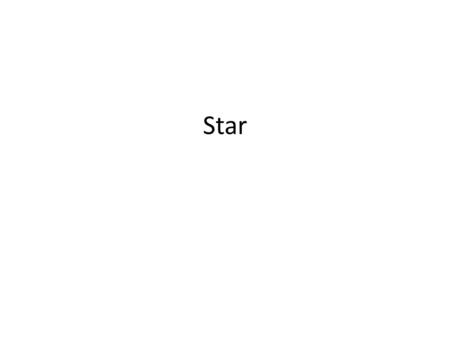 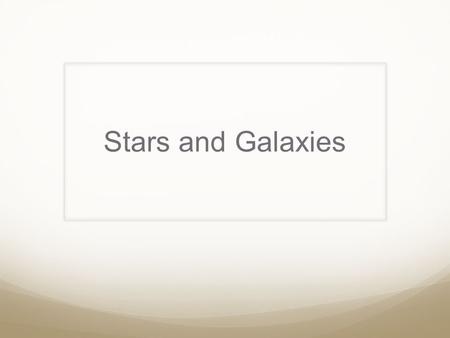 Stars and Galaxies. Gravitational Pull-Key Terms Mass- the amount of atoms inside an object. Mass does not change. Weight- the pull of gravity on the. 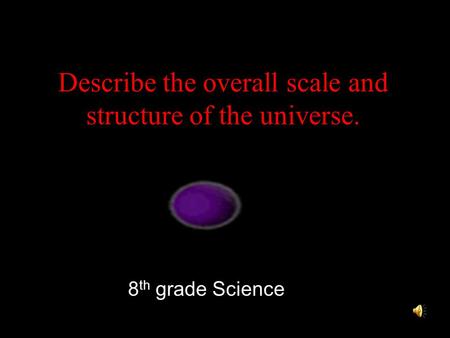 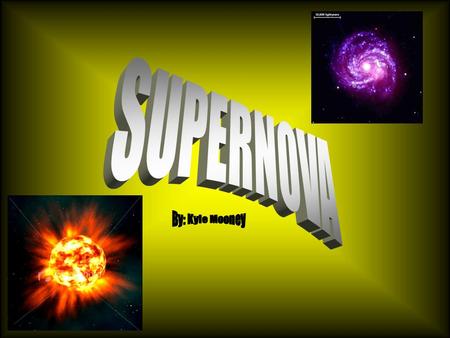 Supernova Supernovas are stars that are billions of times as bright as the sun. They become so bright because they are exploding. They don’t stay as bright. 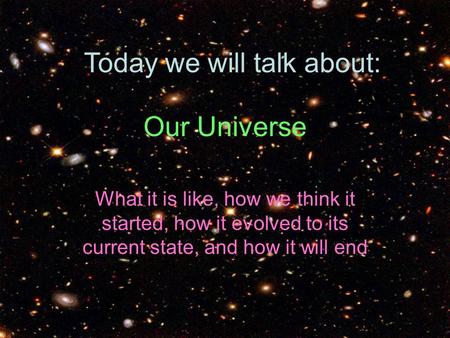 Our Universe What it is like, how we think it started, how it evolved to its current state, and how it will end Today we will talk about: 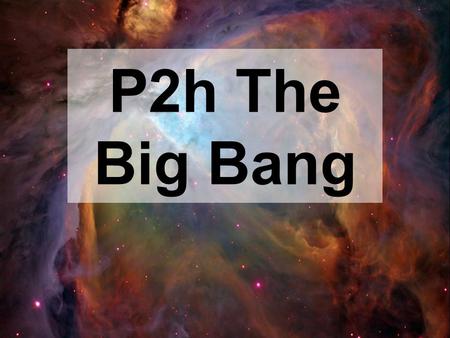 P2h The Big Bang. Our Universe What it is like, how it started, how it evolved to its current state, and how it will end Today we will talk about: 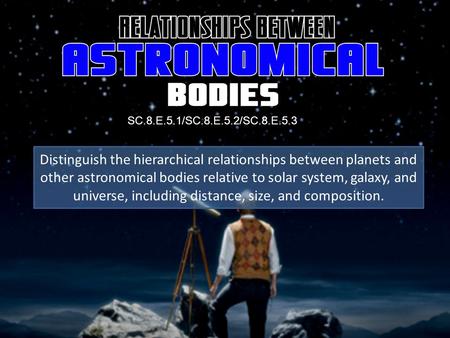 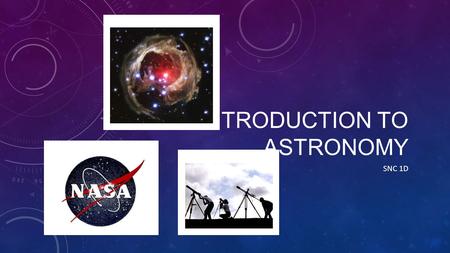 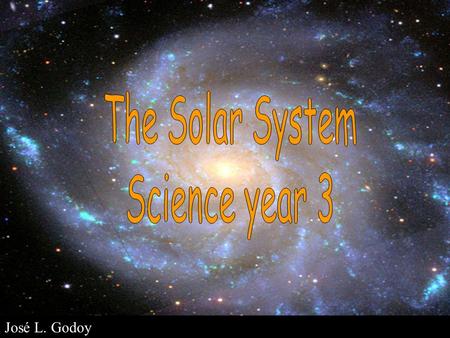 José L. Godoy The solar system is the Sun and the celestial bodies that orbit around it. 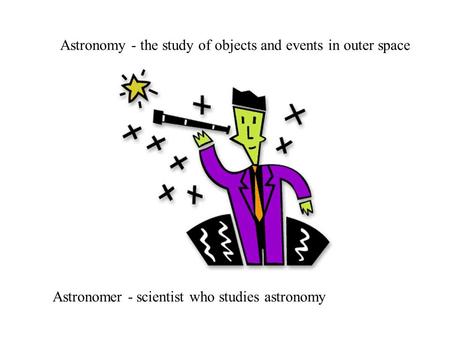 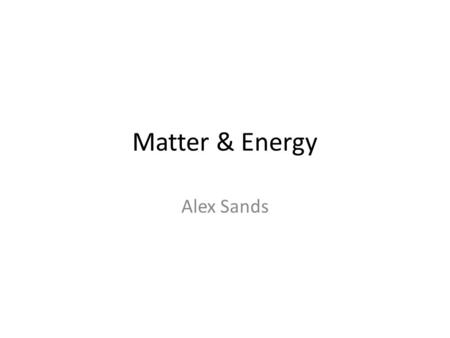 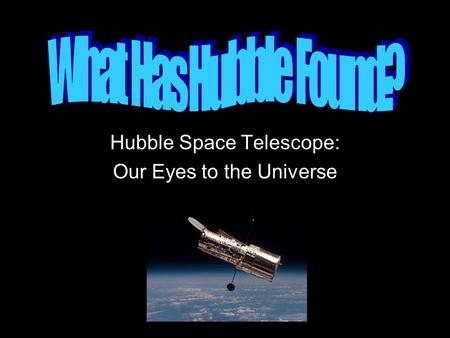 Hubble Space Telescope: Our Eyes to the Universe.