8 The Election of 1800 The Democratic- Republicans win! The House of Representatives decides the election Thomas Jefferson defeats John Adams 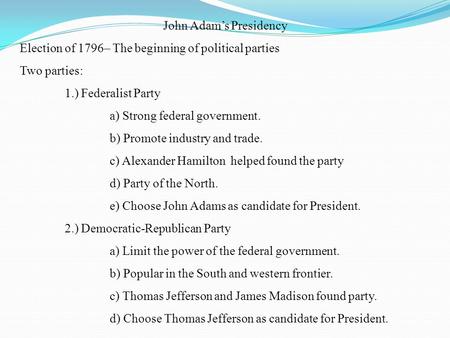 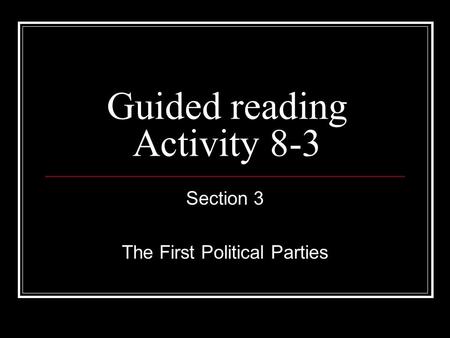 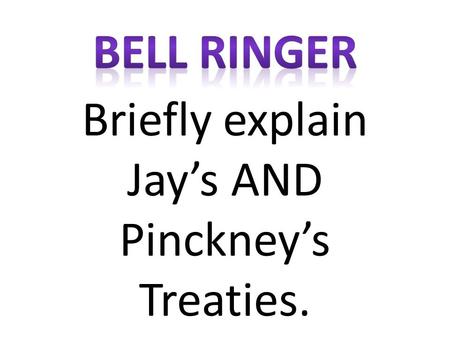 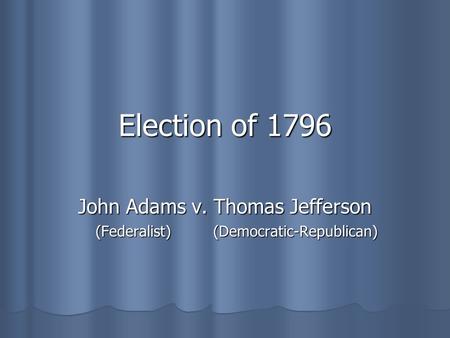 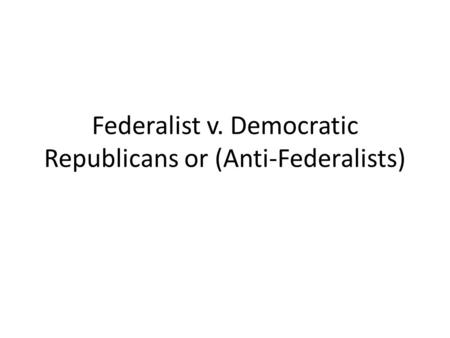 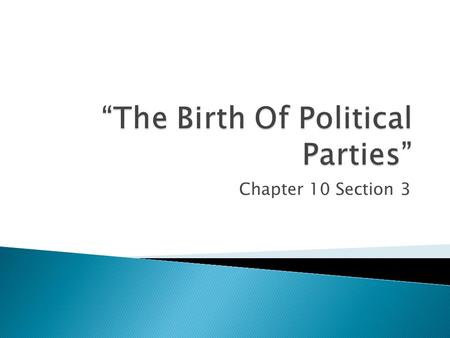 Chapter 10 Section 3. -The framers of the Constitution had not expected the development of political parties. -Political parties-organized groups of people. 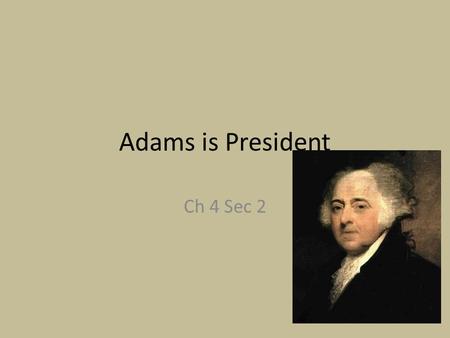 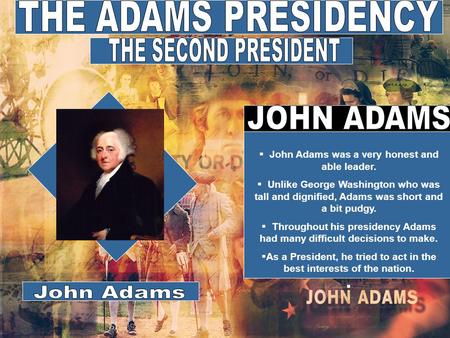  John Adams was a very honest and able leader.  Unlike George Washington who was tall and dignified, Adams was short and a bit pudgy.  Throughout his. 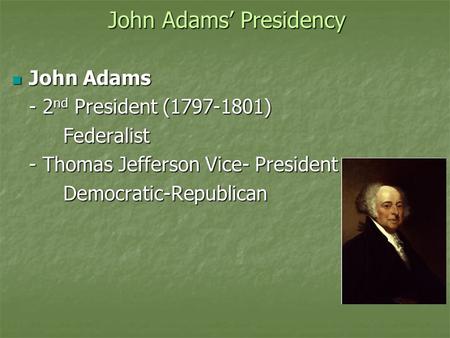 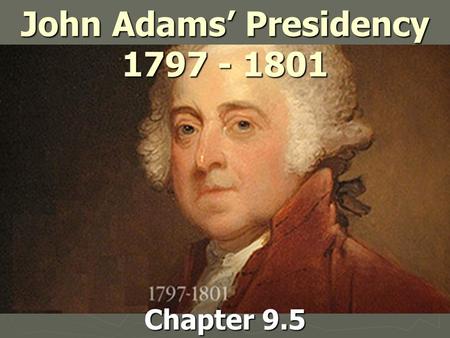 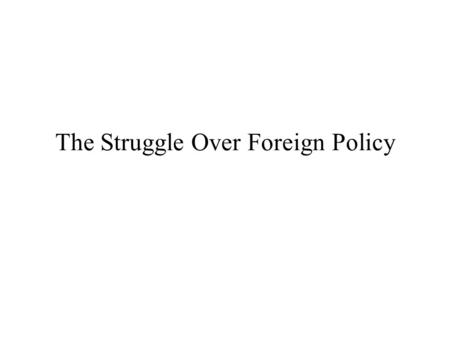 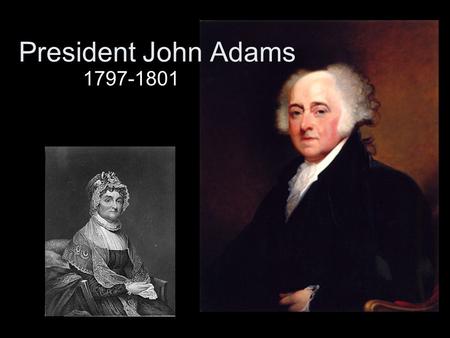 President John Adams XYZ Affair 1)America is on the verge of war with France. 2)During negotiation, French agents X, Y, and Z asked for a bribe. 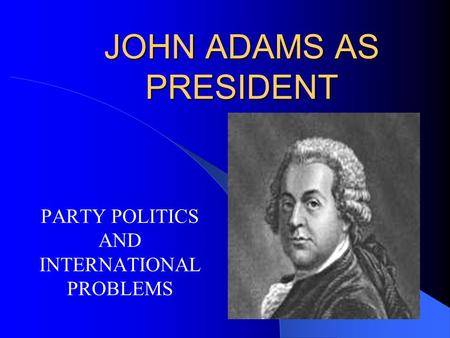 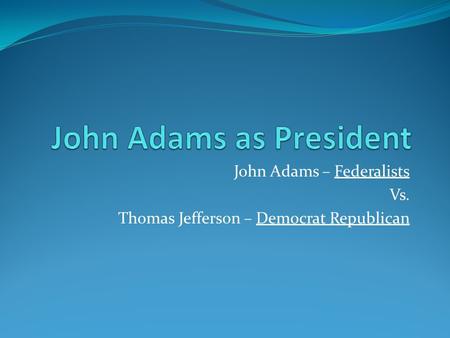 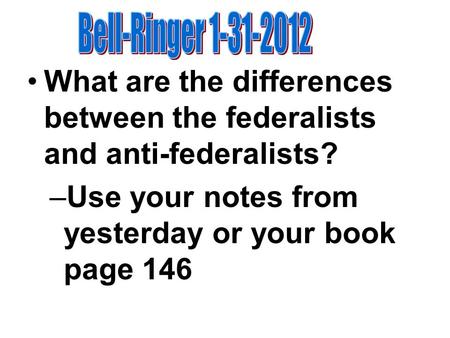 What are the differences between the federalists and anti-federalists? –Use your notes from yesterday or your book page 146. 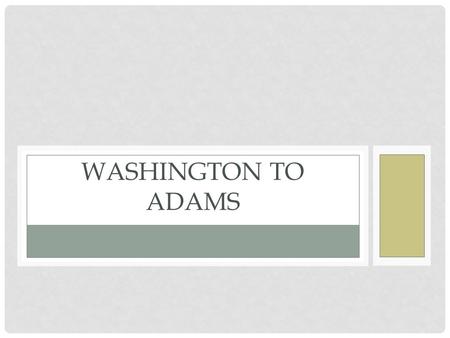 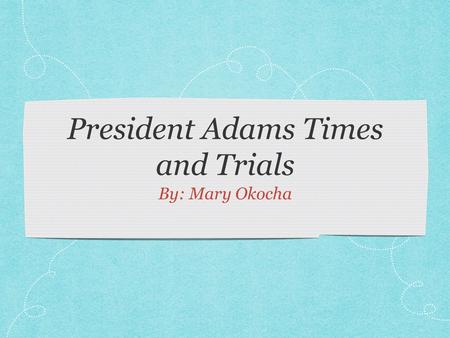 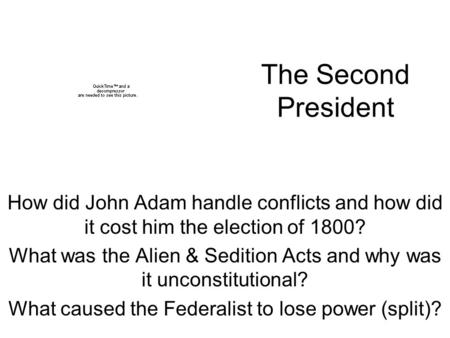 The Second President How did John Adam handle conflicts and how did it cost him the election of 1800? What was the Alien & Sedition Acts and why was it. 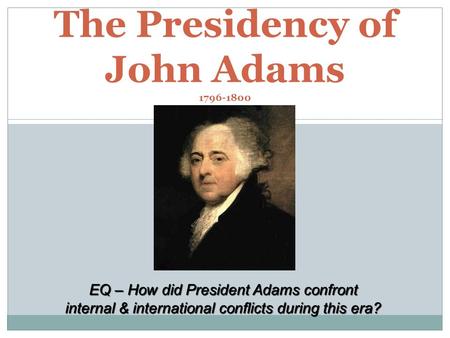 The Presidency of John Adams EQ – How did President Adams confront internal & international conflicts during this era? 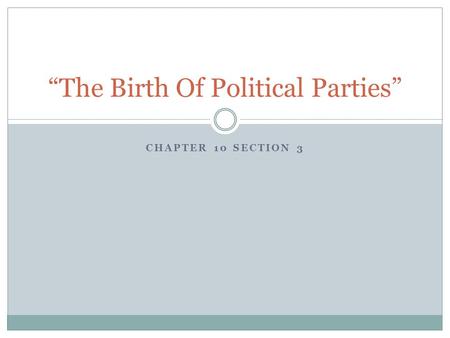