1 doc.: IEEE 802.15-<15-09-0758-00-004e>
<month year> doc.: IEEE < e> Project: IEEE P Working Group for Wireless Personal Area Networks (WPANs) Submission Title: [Input to interest group on UWB enhancement] Date Submitted: [January 2018] Source: [Billy Verso] Company [Decawave Ltd.] Address [Peter Street, Dublin 8, Ireland] Voice:[ ], [billy.verso (at) decawave.com] Re: [Input to the interest group] Abstract: [Contribute to the discussions in this interest group] Purpose: [] Notice: This document has been prepared to assist the IEEE P It is offered as a basis for discussion and is not binding on the contributing individual(s) or organization(s). The material in this document is subject to change in form and content after further study. The contributor(s) reserve(s) the right to add, amend or withdraw material contained herein. Release: The contributor acknowledges and accepts that this contribution becomes the property of IEEE and may be made publicly available by P

2 Input to the interest group
on UWB enhancement

3 The aim of this presentation:
Comment on the ideas presented in wng Present some additional ideas Propose a way forward

6 Comments on modulation - continued
With a PRF of 0.25 MHz and one bit per pulse, the time to send a typical LRP UWB frame is quite big: 16 bits of preamble, 16 bits of SFD, 21 bits of PHR and at least 14 octets (112 bits) of data gives a frame duration is 660 µs. With a “initiating” and “response” messages needed to complete a round-trip time-of-flight (RT-TOF) measurement, the measurement time would be > 1.3 ms, bigger than the 500 µs quoted, and nearly 6x times bigger than what can be achieved using the (BPM-BPSK) HRP UWB PHY operating at the 6.81 Mb/s data rate. To complete the RT-TOF measurement with just two messages the payload from the responder has to carry the response time. This time comparison gets worse if this is considered, since for a secure result this payload would need to be encrypted, making the response of much longer duration when this is signalled at 250 kb/s. Conclusion, this is a less compelling modulation technique. Pulsed FSK modulation “dual band OOK” may have coexistence issues if the preamble is at 1 MHz. In this case there may be coexistence issues with the modulation of the (OOK) LRP UWB PHY Unless it is truly using a separate band for the zero bits, the in-band zero bits will look like 1’s to most (OOK) LRP UWB PHY receivers. Zeros being signalled in the other band may have coexistence issues with an (OOK) LRP UWB PHY operating in that other band, although perhaps to a lesser extent, since a long strings of zero bits are less likely to occur and trigger LRP UWB PHY preamble detection in this other band.

7 Comments on signalling and ranging integrity
is proposing a "distance bounding" feature The technique essentially adds unpredictable sequences to both initiating and responding messages of the SS-TWR to make the exchange more robust Depending on where this sequence is added to the frame this addition may also have coexistence issues with current (OOK) LRP UWB PHY frame encodings (only if same PRF is used) If the project progresses with the goal to provide enhanced UWB ranging timestamp integrity and robustness then it would make sense to apply such techniques to both the (OOK) LRP UWB PHY and the (BPM-BPSK) HRP UWB PHY since both have utility for two-way-ranging. The author of this submission would be interested in contributing to this aspect of any proposed amendment.

8 Messaging Enhancement
Postdating the 4a and 4f amendments, the 4e amendment added Information Elements (IEs); if an amendment project is formed to enhance UWB ranging then it would be good to also include the specification of appropriate MAC functionality and an IE to embed and carry the RX-to-TX response time in a ranging response message. Such an IE capability would allow a single-sided two-way ranging exchange and TOF estimate to be completed with just two messages, one TX and one RX. The author of this submission would be interested in contributing to this aspect of any proposed amendment. Note, this would also facilitate a more efficient operational specification of the Ranging and Localisation Support (RLS) component within the TG12 ULI project.

9 The way forward UWB PHY and MAC enhancement
There is clearly scope to improve upon both the (OOK) LRP UWB PHY and the (BPM-BPSK) HRP UWB PHY to add new modes of operation to include features that improve the integrity and robustness of ranging timestamps, increase range, reduce power consumption, reduce on-air time and the number of messages needed for ranging, etc. Because of the commonality of UWB operating bandwidths, bands, pulse based modulation schemes, MAC and its utility for ranging, etc., … it would make sense that a single project study group / task group is established to progress these UWB enhancements as a single amendment project covering both UWB PHYs. This would also facilitate addressing any concerns about coexistence for these new modes during the normal development process. On that basis, the author of this submission would be interested in participating in such a group and contributing to the various aspects of any proposed amendment. 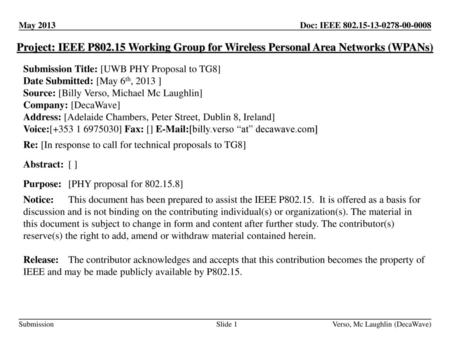 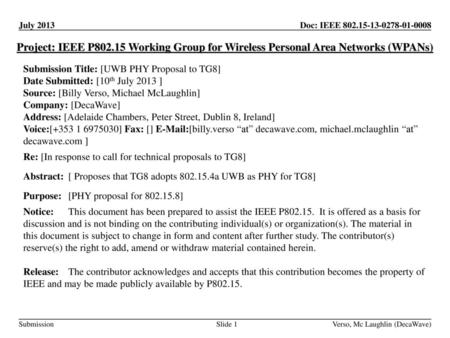 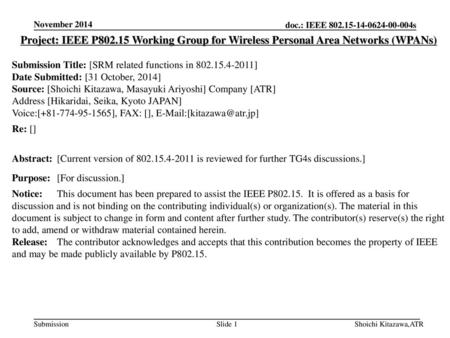 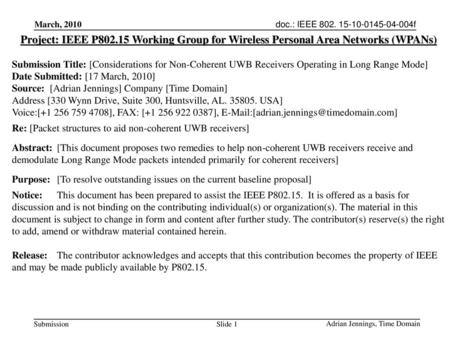 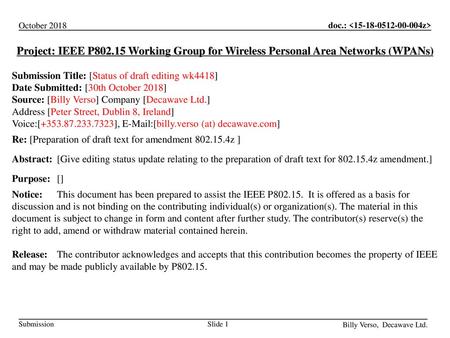 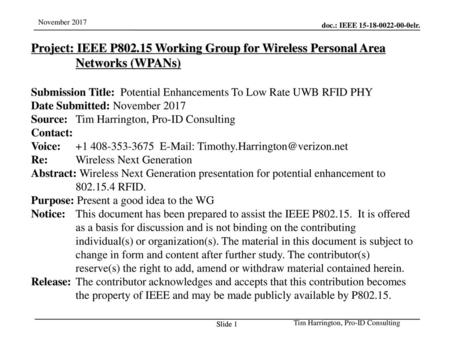 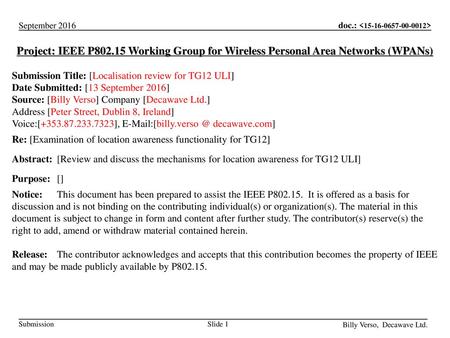 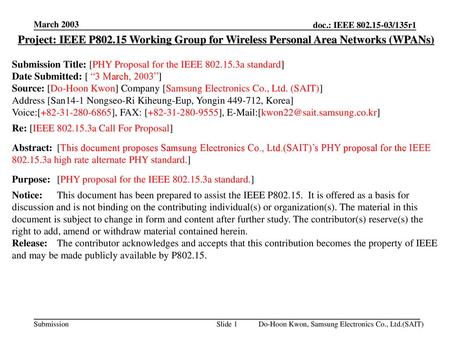 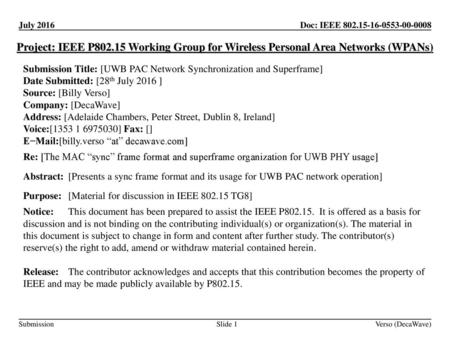 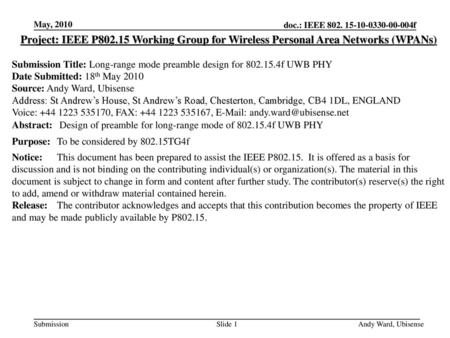 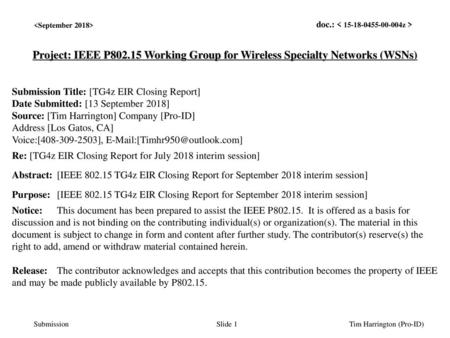 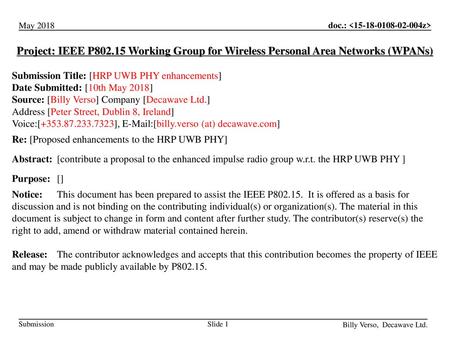 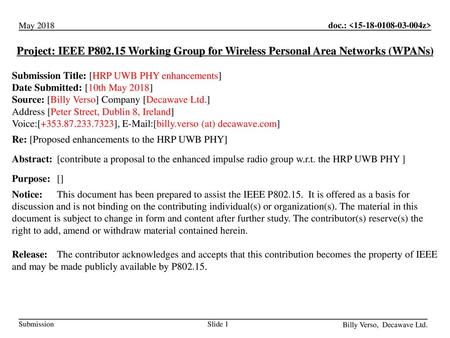 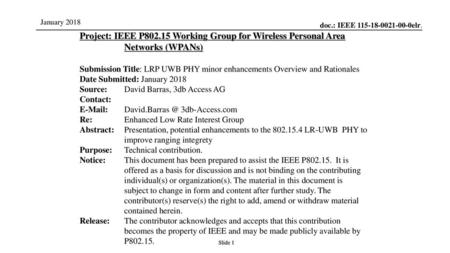 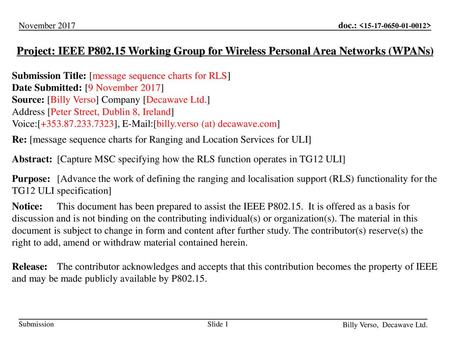 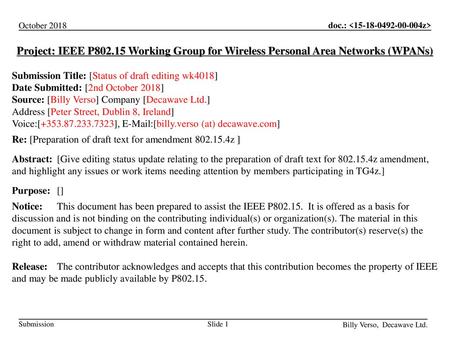 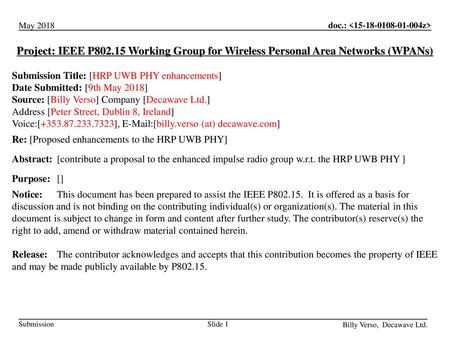