1 Title: LE TG Closing Report for Session #60 Document Number: P802.16h-09/0007 Date Submitted: March 12, 2009 Source: Chair of LE TG: Mariana GoldhamerVoice:+972 3 645 6241 mariana.goldhamer@alvarion.commariana.goldhamer@alvarion.com ALVARION 21a HaBarzel Street, Tel Aviv, Israel Venue: Session #60, 9-12 March 2009 Base Document: Purpose: Notice This document does not represent the agreed views of the IEEE 802.16 Working Group or any of its subgroups. It represents only the views of the participants listed in the “Source(s)” field above. It is offered as a basis for discussion. It is not binding on the contributor(s), who reserve(s) the right to add, amend or withdraw material contained herein. Release: The contributor grants a free, irrevocable license to the IEEE to incorporate material contained in this contribution, and any modifications thereof, in the creation of an IEEE Standards publication; to copyright in the IEEE’s name any IEEE Standards publication even though it may include portions of this contribution; and at the IEEE’s sole discretion to permit others to reproduce in whole or in part the resulting IEEE Standards publication. The contributor also acknowledges and accepts that this contribution may be made public by IEEE 802.16. Patent Policy: The contributor is familiar with the IEEE-SA Patent Policy and Procedures: and.http://standards.ieee.org/guides/bylaws/sect6- 7.html#6http://standards.ieee.org/guides/opman/sect6.html#6.3 Further information is located at and.http://standards.ieee.org/board/pat/pat-material.htmlhttp://standards.ieee.org/board/pat

6 Industry needs 802.16h a.s.a.p. European regulations for 5 GHz in force from April 1, 2009 (EN 301 893 V1.4) require a Medium access protocol –“A medium access protocol is a mechanism designed to facilitate spectrum sharing with other devices in the wireless network.” 5 GHz is used for Fixed applications High-speed backhauling of 802.11 or 802.16 networks LE TG desire to have two re-circulations by the May meeting –To speed-up finalization of the standard

10 Motion 3 To authorize the WG Chair to request Conditional Approval from the IEEE 802 Executive Committee to forward the IEEE P802.16h Draft to RevCom. 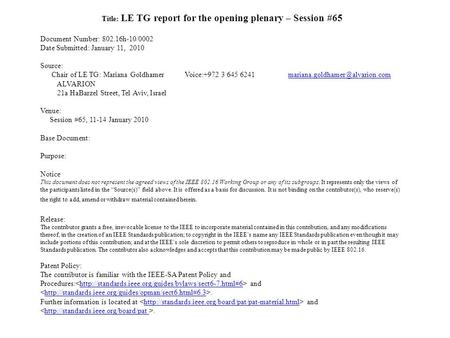 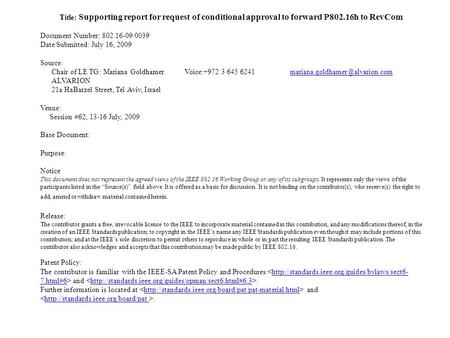 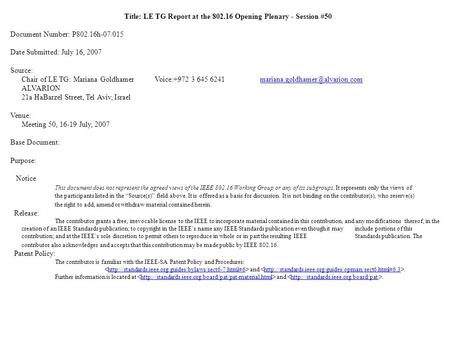 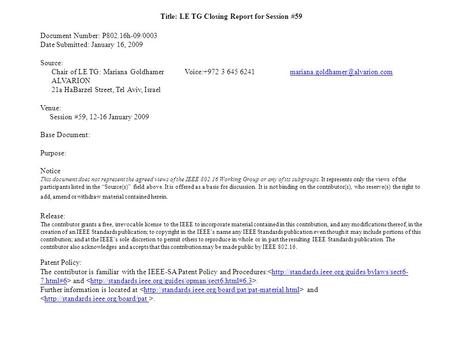 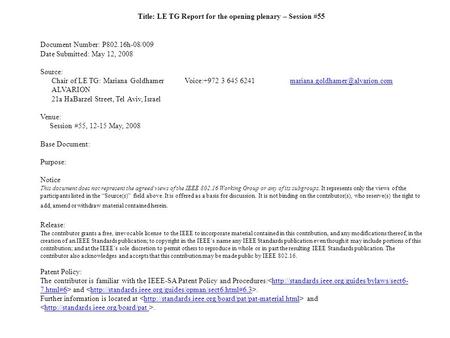 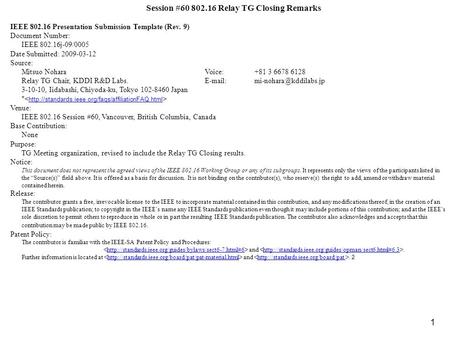 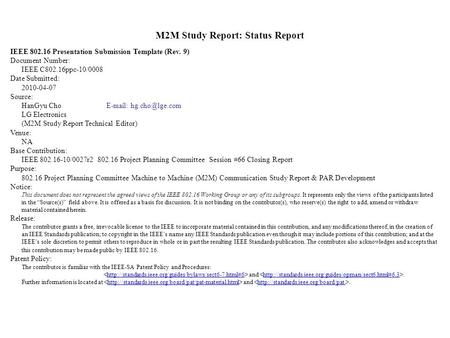 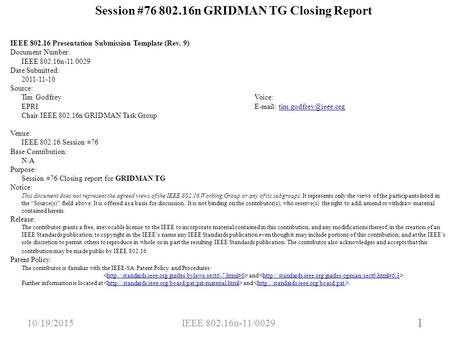 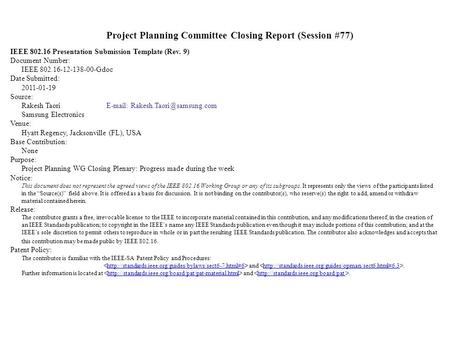 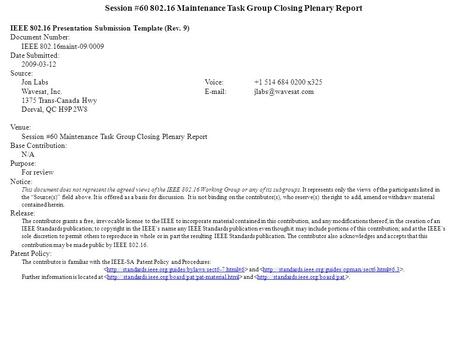 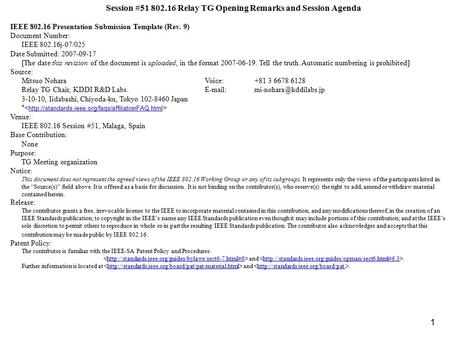 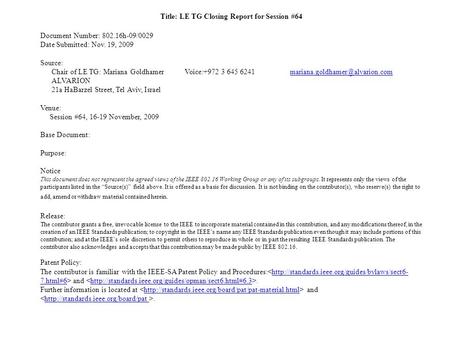 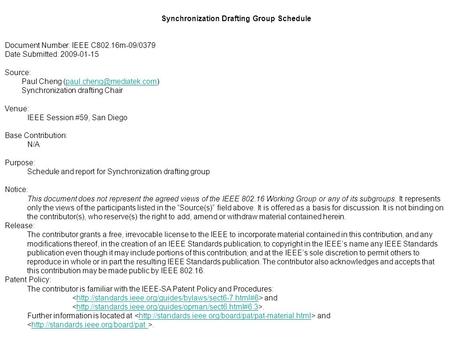