WARM- UP 1.Which city receives the most annual precipitation? 2.Which city has the longest growing season? 3.The average for July’s climate in Southern.

Presentation on theme: "WARM- UP 1.Which city receives the most annual precipitation? 2.Which city has the longest growing season? 3.The average for July’s climate in Southern."— Presentation transcript:

3 Archaeological Fieldwork archaeologists: scientists who learn about previous societies by looking at the physical evidence they left behind Archaeologists study: artifacts (objects shaped by humans) examples? ecofacts (natural objects associated with humans) examples? features (specific areas of human activity) examples? fossils are remains of living things (plants, animals, people), not of things that were made. examples?

4 What is a site? Archaeologists collect their evidence at a site At the site, archaeologists literally dig, looking for the remains of ancient civilizations. That is why they call the site at which they are working a “dig”.

5 Finding a site How do archaeologists find sites to explore? 1. They think about what people need to stay alive. Some of those things include access to clean drinking water, a protected place to live, and easy access to trade routes. With this in mind, archaeologists look for remains of civilizations along the banks of rivers and streams.

6 Finding a site 2. They check out reports of artifacts that have been discovered. Artifacts have been discovered by farmers and construction companies while working at their jobs. 3. They check the land from the air, looking for large depressions that could be the ruins of an ancient living area. 4. They use scientific instruments like radar and sonar to look for ruins.

8 Grids & Labeling Archaeologists create a grid of squares across the site. Each square in the grid must be carefully searched and numbered so that the exact location of each object can be recorded. A record must be kept of anything found, including What was found next to it. Archaeologists excavate (dig to expose) the site Archaeologists can use context (the relationship of an object to its surroundings) to determine many things: Date of the object, or time period it was used Who used the object What it was used for What it means Maps and drawings of the site, features, and objects are made continuously

9 Tools of the Trade The tools they use are sometimes very simple. Shovels, trowels, nails, brushes, and other tools are used to remove objects from the ground. They search each grid very carefully. Digging at a site is slow and careful work.

10 Objects are studied in a laboratory: Once objects are labeled and removed from a site, they are taken to a lab where they are cleaned, sorted and preserved, objects are relabeled, and placed into a database. They use several methods while dating their new findings: Context clues Archaeologists use this information to put together pieces of the past.. Carbon 14 dating (organic objects only) Thermo-luminescence (rocks and soil) Potassium-Argon dating (volcanic rock) Dendrochronology (tree ring dating) It takes a great deal of education, training, patience, and attention to detail to work as an archaeologist

19 Work Period: Journal Entry Suppose you wanted to leave one thing behind for future archaeologists to find. What would that one object be and why? Support your statement with details. –What would this object tell about you. –Paragraph must be at least 6 sentences. Draw a picture of your artifact.

Download ppt "WARM- UP 1.Which city receives the most annual precipitation? 2.Which city has the longest growing season? 3.The average for July’s climate in Southern." 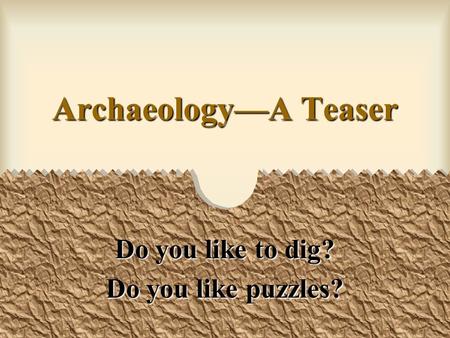 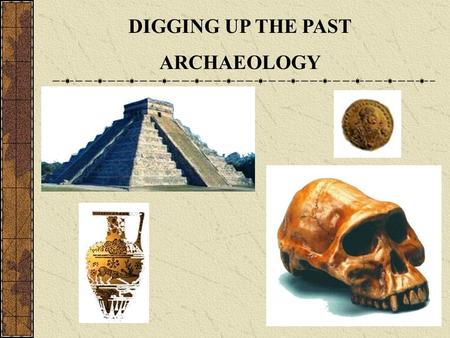 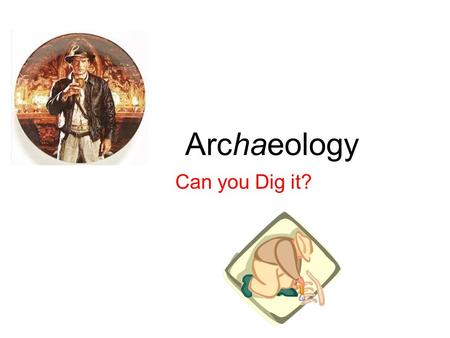 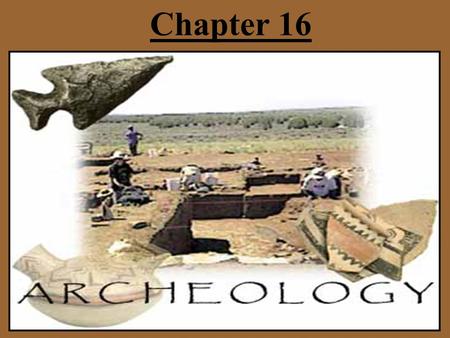 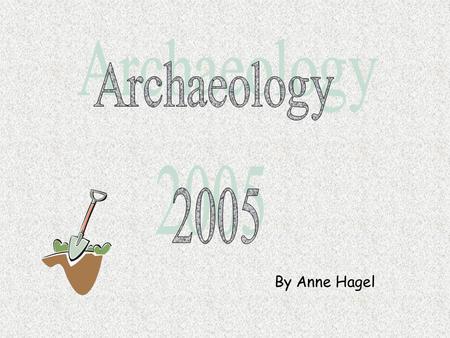 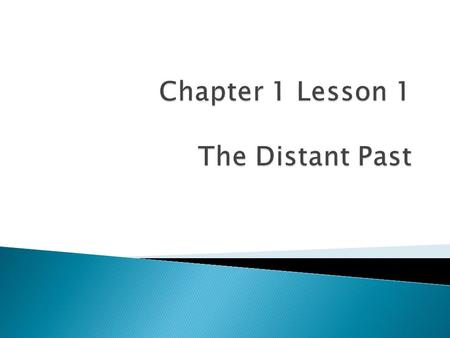 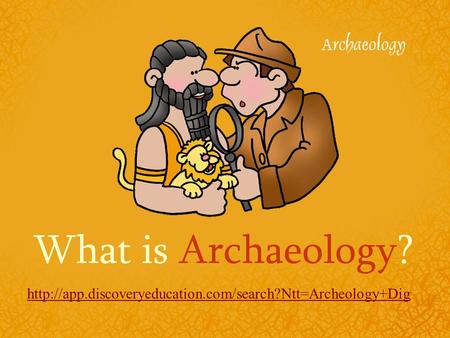 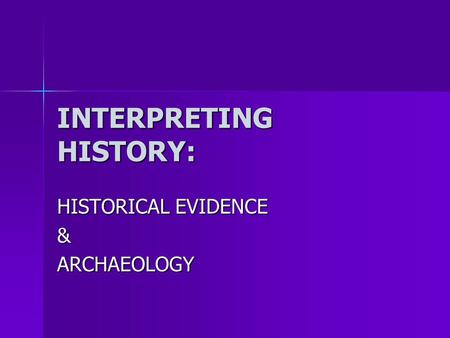 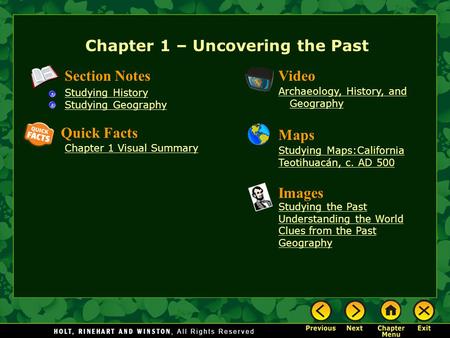 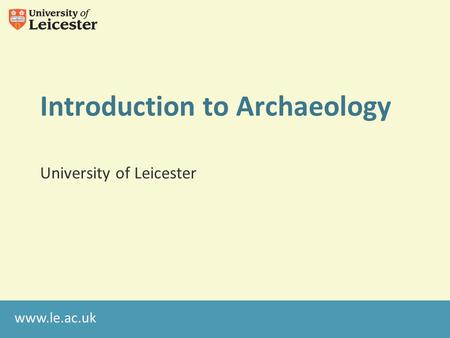 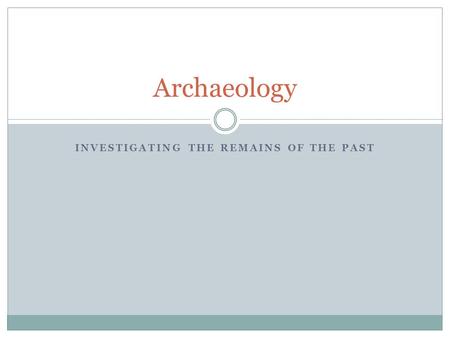 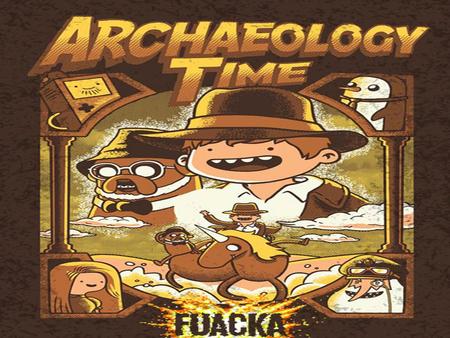 Artefact (Artifact) an object made by a human being, typically an item of cultural or historical interest. 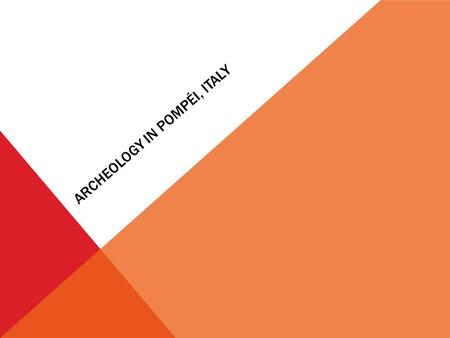 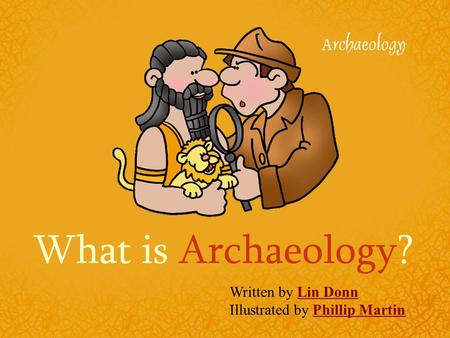 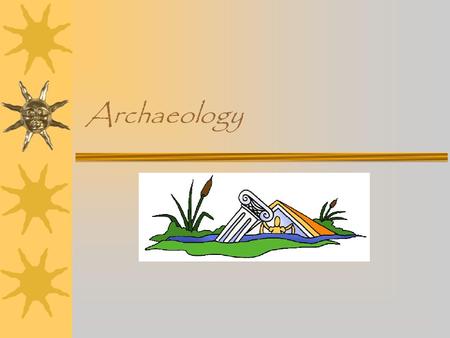 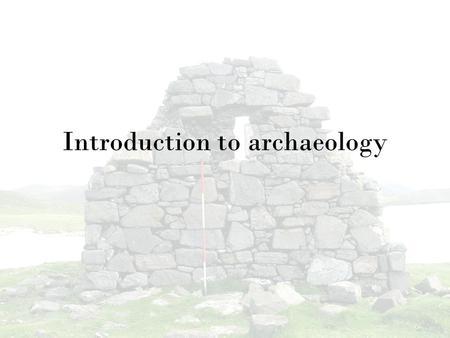 Introduction to archaeology. What is archaeology? “Archaeology is the scientific study of physical evidence of past human societies recovered through. 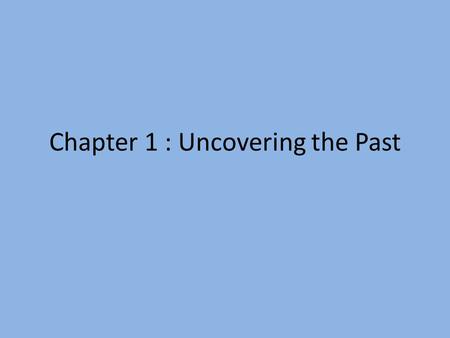 Chapter 1 : Uncovering the Past 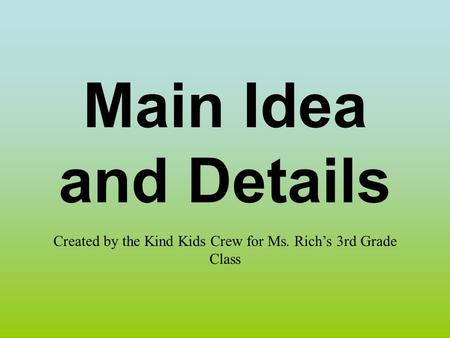 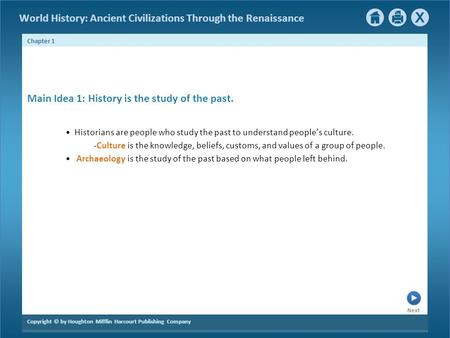 Archaeology Archaeologists, or people who study archaeology, explore places where people once lived, worked, or fought. The things that people leave in. 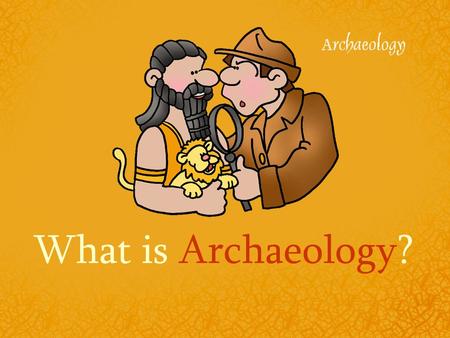 What is Archaeology?. Archeology The study of things that earlier people left behind.