4 March 1, 2007Thomas H. Greco, Jr.4 Money Creation is the Mother of All Monopolies The entire machinery of money and banking has been contrived to centralize power and wealth.

5 Money is to People as Water is to Fish

6 March 1, 2007Thomas H. Greco, Jr.6 Why is Money so Important? Exchange is a fundamental necessity in advanced civilizations. Most of what we need, we get by trade. When the division of labor has been once thoroughly established, it is but a very small part of a man’s wants which the produce of his own labor can supply. – Adam Smith, Wealth of Nations.

7 March 1, 2007Thomas H. Greco, Jr.7 Whoever Controls Money Controls Everything Else Give me the power to create a nation’s money, and I care not who makes its laws. – Mayer Amschel Rothschild Whoever controls the money in any country is master of all its legislation and commerce. – President James A. Garfield Who controls the food supply controls the people; who controls the energy can control whole continents; who controls money can control the world. – Henry Kissinger I sincerely believe that banking establishments are more dangerous than standing armies... – President Thomas Jefferson

8 March 1, 2007Thomas H. Greco, Jr.8 Hamiltonian vs. Jeffersonian Government Hamilton’s goal was to create a firm alliance between government and business. Jefferson’s vision was of a more egalitarian society based on widespread land ownership and distribution of wealth.

9 March 1, 2007Thomas H. Greco, Jr.9 The Central Government- Central Bank Nexus Hamilton founded the First Bank of the United States – 1791-1811. FiBUS was modeled after the Bank of England. Both were privately owned. The debt economy rests upon a conspiracy between the political state and the banking interests against commercial exchange… E. C. Riegel

10 March 1, 2007Thomas H. Greco, Jr.10 The Central Government- Central Bank Nexus The Bank of England was the prototype central bank. The banking cartel enjoys special privileges granted by the government. The government, in return, gets to spend as much as it wants without regard to limited tax revenues (by deficit spending).

14 March 1, 2007Thomas H. Greco, Jr.14 The FED “The Creature From Jeckyl Island” The Federal Reserve Act, passed in 1913, reestablished central banking in the U.S. It was sold as a decentralized system, but in reality operates as a unitary power instrument at the center of the banking cartel.

15 March 1, 2007Thomas H. Greco, Jr.15 The New World Order? ”The powers of financial capitalism had a far- reaching plan, nothing less than to create a world system of financial control in private hands able to dominate the political system of each country and the economy of the world as a whole... Their secret is that they have annexed from governments, monarchies, and republics the power to create the world's money…” - Prof. Carroll Quigley, Georgetown historian, mentor of former President Clinton, and author of Tragedy & Hope: A History of the World in Our Time

16 March 1, 2007Thomas H. Greco, Jr.16 The Global Political Money System is Destructive, Undemocratic and Unsustainable The political money system starves productive enterprise but finances lavishly the destructive activities of war. -- E. C Riegel It’s undemocratic because it concentrates power in the hands of a few unelected people who are unresponsive to the needs and wishes of the people. It’s unsustainable because interest (usury) creates a growth imperative.

18 March 1, 2007Thomas H. Greco, Jr.18 Monetary Scarcity and Misallocation Most [present-day money] is ‘backed’ by loans which should never be made -- loans made to monetize the debts of government; loans made to finance war and the military-industrial complex, monetize the securities of giant corporations which should not exist at all, and to finance speculations in securities, commodities, and land. -- Ralph Borsodi, Inflation and the Coming Keynesian Catastrophe

19 March 1, 2007Thomas H. Greco, Jr.19 Democratic Government Requires the Separation of Money and State. In the exercise of the money power, under the dictates of political expediency, the state is driven inevitably from libertarian forms of democracy and republicanism to the autarchic forms of fascism, socialism and communism. -- E. C. Riegel

23 March 1, 2007Thomas H. Greco, Jr.23 The Good News Money is Being Reinvented At the grassroots level LETSystems and local currencies At the business level Trade exchanges or “barter” exchanges The governmental level Municipal and provincial bonds and tax credit certificates are circulating as currency.

25 March 1, 2007Thomas H. Greco, Jr.25 The Money Problem Must Be Solved As long as the banking cartel controls our credit and charges us interest for using it, environmental destruction and social degradation can only worsen. The key to the survival of civilization lies in regaining popular control of our own credit.

26 March 1, 2007Thomas H. Greco, Jr.26 How Is Money Created Today? The process by which banks create money is so simple the mind is repelled. -- John Kenneth Galbraith Money is credit. Banks create money by lending our credit back to us – at interest.

32 Mutual Credit Issuance and Circulation Member - Issuers Mutual credit clearing association Member - Non-Issuers Issuing members begin the process by buying from other members. Then credits are used to pay for purchases within the association.

34 March 1, 2007Thomas H. Greco, Jr.34 Advantageous Outcomes Reduced need to borrow from banks, lowering interest costs and the risk of default. Supplements the supply of scarce official money, enabling businesses to sell more of their unused capacity, and consumers to buy it. Increases independence from outside manipulation of interest rates and money supply. Enhanced ability of local businesses to compete with large corporate chains. 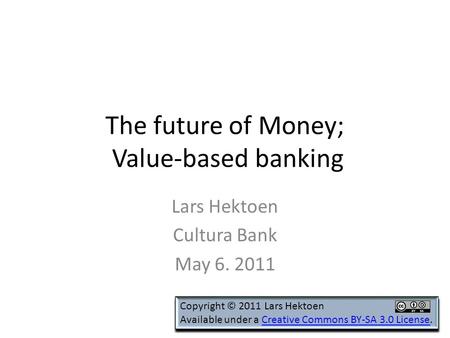 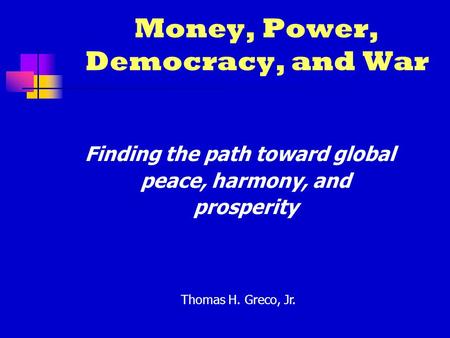 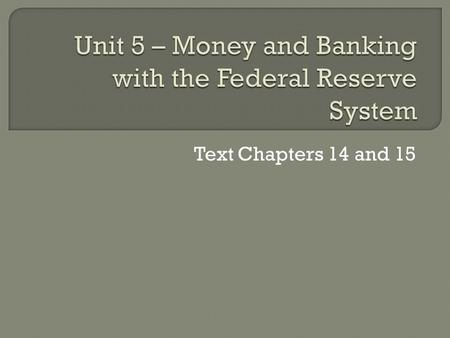 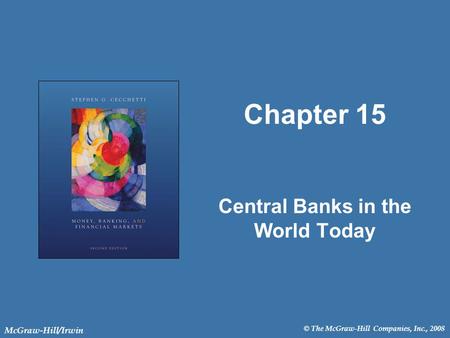 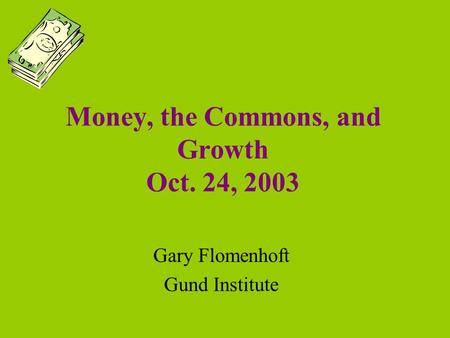 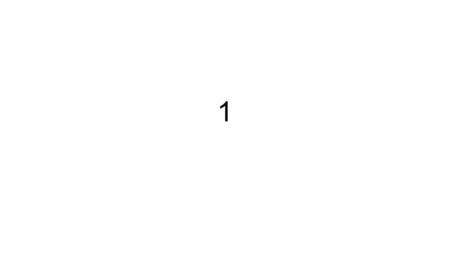 1. TOPICS I WHAT IS MONEY? MONEY IS UNIQUE – It has the power of life and death over each and every person ESSENTIAL FOR SOCIETY TO EXIST AND FUNCTION. 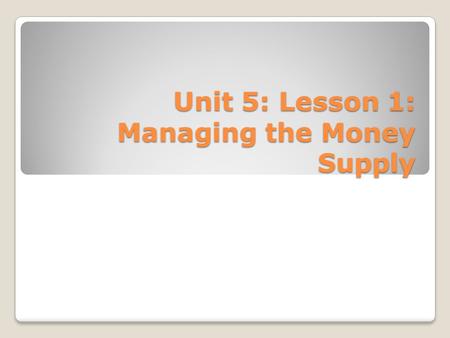 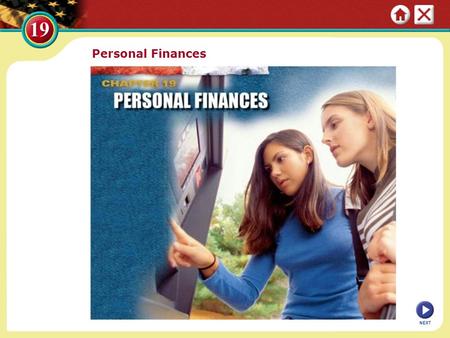 Personal Finances NEXT. Section 1: Money and Credit In addition to using dollar bills and coins, individuals and businesses use checks, debit cards, and.