2 HOW IS WEATHER SHOWN ON A WEATHER MAP? (1)
TV & NEWSPAPER WEATHER SYMBOLS

3 TYPICAL MEDIA WEATHER MAP
Look at the symbols. What weather does Eastern England have? What is the weather like in Northern Scotland ?

6 HOW IS WEATHER SHOWN ON A WEATHER MAP? (3)
Cloud cover is shown by the amount of shading inside the station circle. Cloud cover is measured in oktas Eighths of the sky ! Clear sky 1 okta 2 oktas 3 oktas I hope it doesn’t cloud over 4 oktas 5 oktas 6 oktas 7 oktas 8 oktas Overcast © Microsoft Word clipart obscured 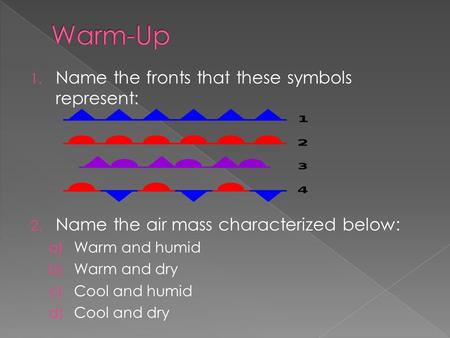 1. Name the fronts that these symbols represent: 2. Name the air mass characterized below: a) Warm and humid b) Warm and dry c) Cool and humid d) Cool. 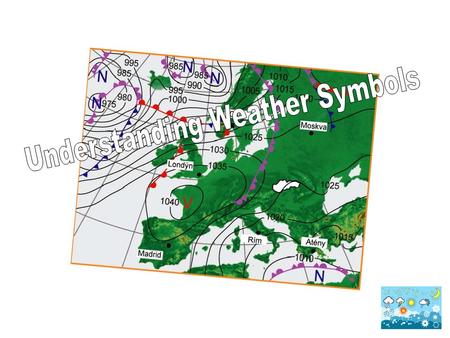 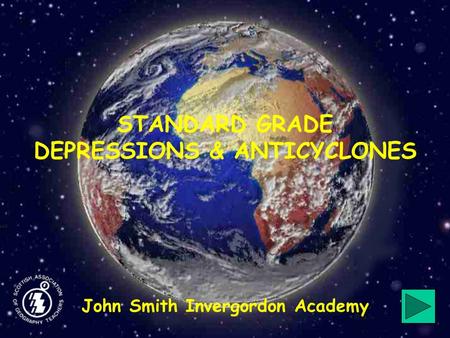 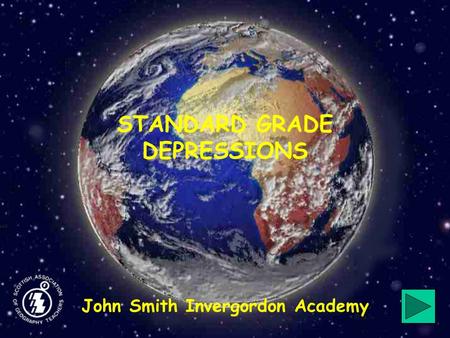 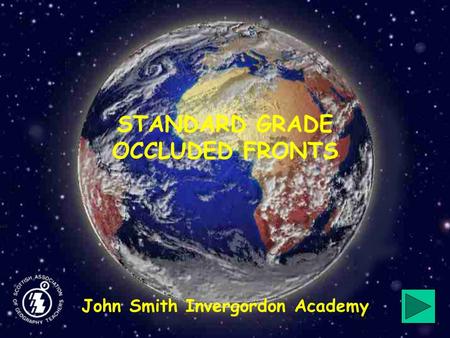 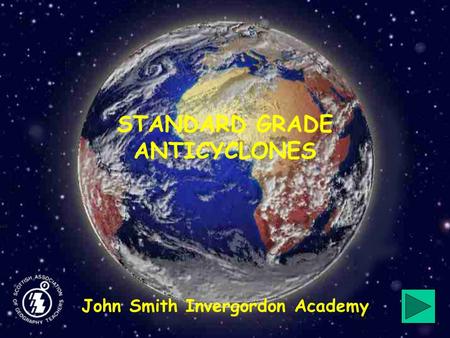 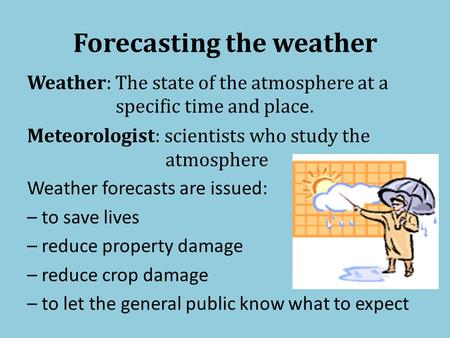 Forecasting the weather Weather: The state of the atmosphere at a specific time and plac e. Meteorologist: scientists who study the atmosphere Weather. 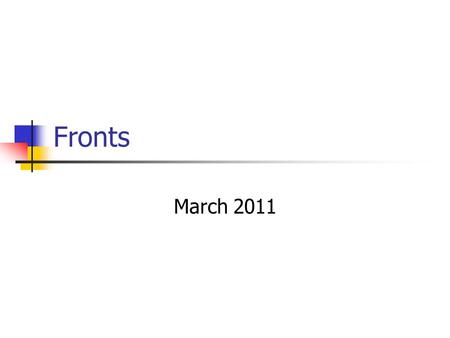 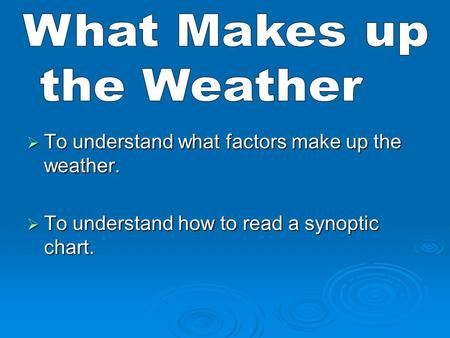 What Makes up the Weather 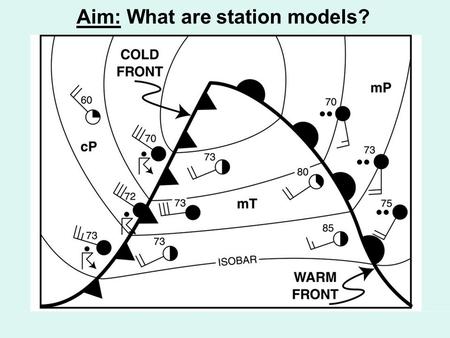 Aim: What are station models? 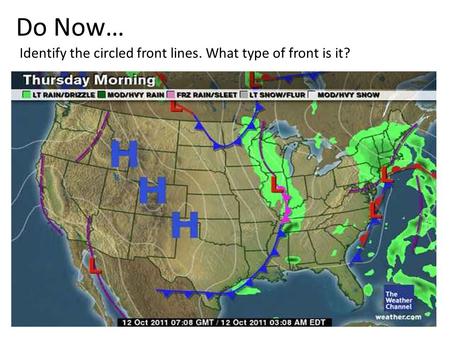 Do Now… Identify the circled front lines. What type of front is it? 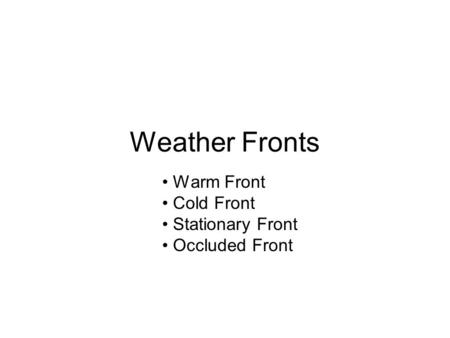 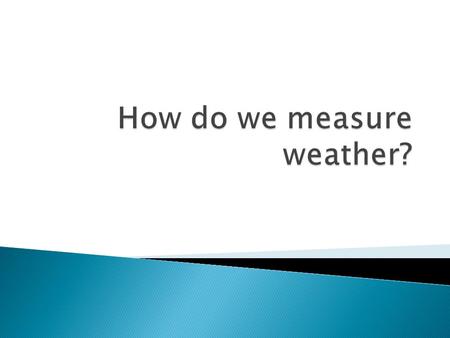 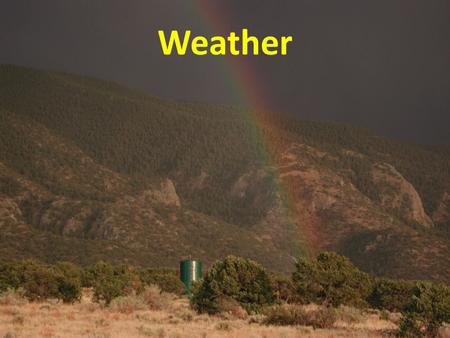 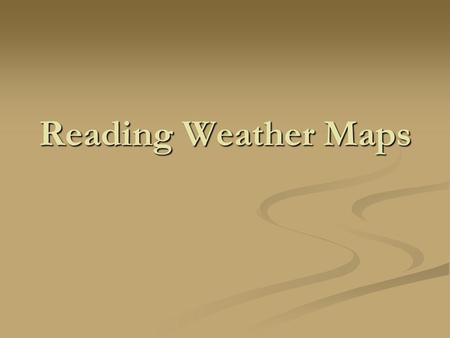 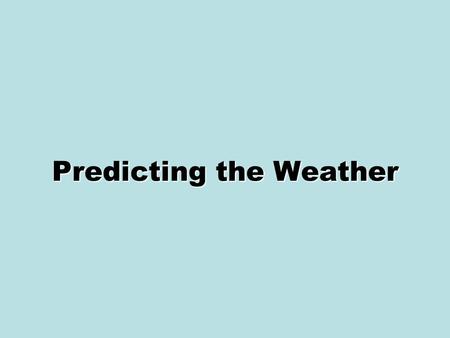 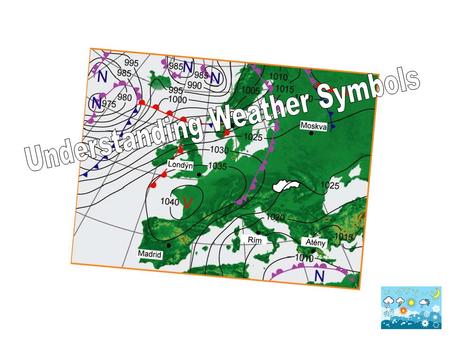 This is an example of a synoptic chart. Weather is recorded on the chart using special symbols, which represent the conditions at weather station at that. 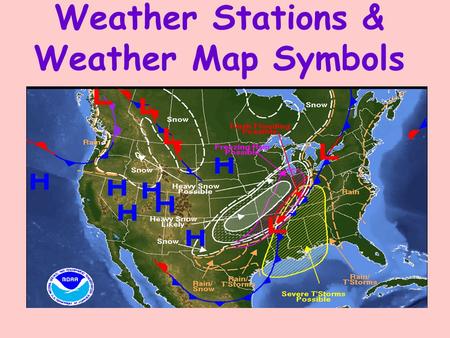 Weather Stations & Weather Map Symbols. Weather Station Models Label the numbers and symbols of your weather station model in your notes, Follow along. 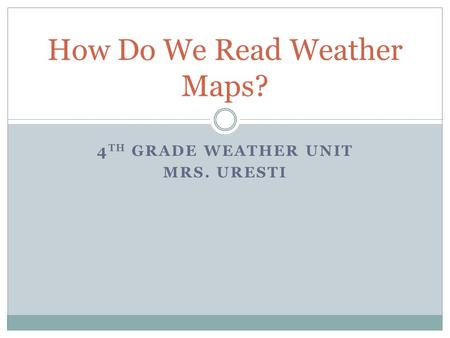 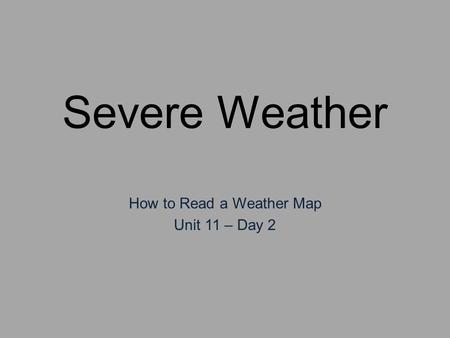 Severe Weather How to Read a Weather Map Unit 11 – Day 2.