1 Roles of the President!

3 Chief Executive 1. Powers: A. Enforces laws, treaties, and court decisions. B. Appoints officials to office, and can fire them. C. Issues executive orders, which have the force of laws, to carry out laws. 2. Checks: A. Congress passes the laws and has the “power of the purse.” B. Senate can reject appointments (simple majority) and treaties (2/3 vote needed to ratify). C. Impeachment (simple majority in House) and removal (2/3 of Senate). D. Supreme Court can strike down executive orders if unconstitutional.

4 Commander-in-Chief 1. Power: President is the head of the armed forces. 2. Checks: A. Congress appropriate funds for the military. B. Congress declares war. C. War Powers Act of 1973.

6 Chief Jurist 1. Powers: A. Appoints federal judges. B. Issues pardons and amnesty. 2. Checks: A. Senate can reject judicial appointments. B. Senators can place “holds” on appointments.

7 Chief of State 1. The ceremonial head of our nation. 2. Most nations separate the Chief Executive and Chief of State roles, but the office of the presidency combines them.

8 Non-constitutional roles Head of Political Party 1. Selects the party’s chairman of the national committee and the vice presidential nominee. 2. Political patronage. Chief Economist 1. Responsible for the overall health of the economy. 2. Proposes the federal budget. 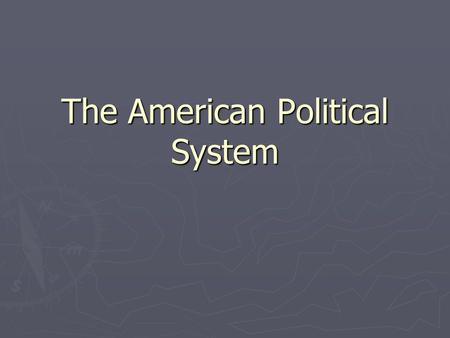 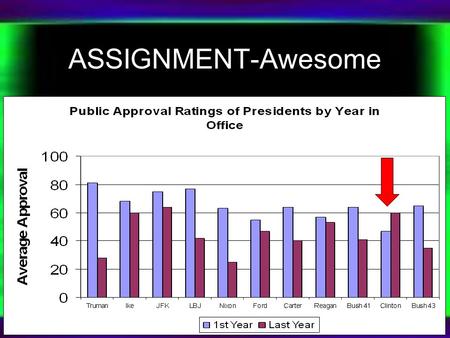 ASSIGNMENT-Awesome. AP US Govt. February 27, 2013 Growth of Presidential Power Objective: What are the constitutional powers of the President and how. 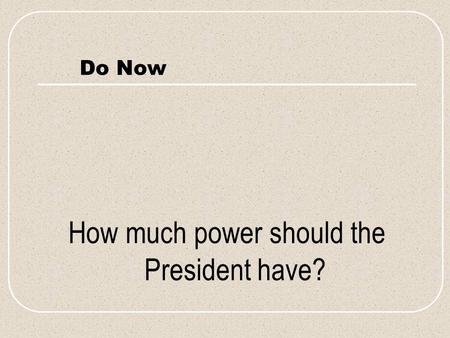 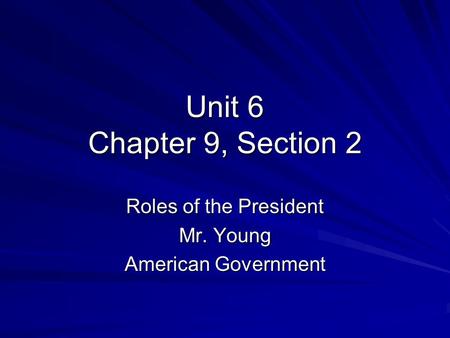