4 1. Fossil record Layers of rock contain fossils – new layers cover older ones creates a record over time – fossils show a series of organisms have lived on Earth over a long period of time

7 2. Anatomical record Animals with different structures on the surface But when you look under the skin… It tells an evolutionary story of common ancestors

9 Homologous structures Structures that come from the same origin homo- = same -logous = information Forelimbs of human, cats, whales, & bats – same structure on the inside – same development in embryo – different functions on the outside – evidence of common ancestor

10 But don’t be fooled by these…  Analogous structures  look similar  on the outside  same function  different structure & development  on the inside  different origin  no evolutionary relationship Solving a similar problem with a similar solution How is a bird like a bug?

13 Convergent evolution led to mimicry Why do these pairs look so similar? Monarch male poisonous Viceroy male edible flybeemothbee Which is the fly vs. the bee? Which is the moth vs. the bee?

15 Vestigial organs Hind leg bones on whale fossils Why would whales have pelvis & leg bones if they were always sea creatures? Because they used to walk on land!

18 4. Artificial selection How do we know natural selection can change a population? – we can recreate a similar process – “evolution by human selection” “descendants” of wild mustard 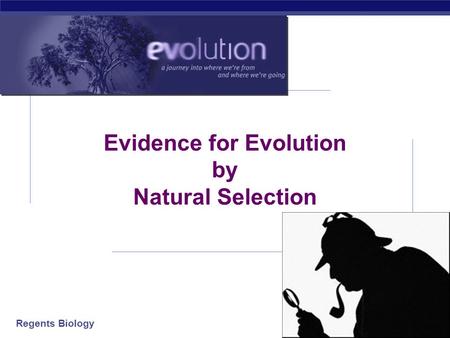 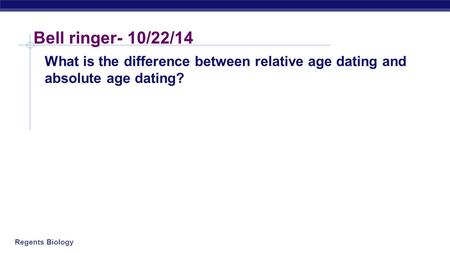 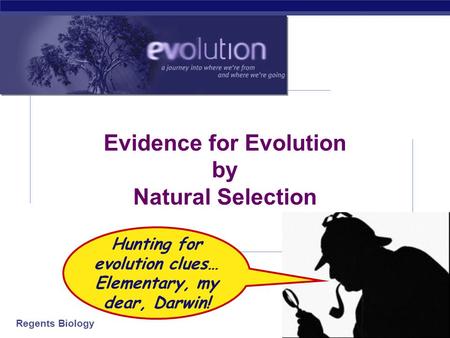 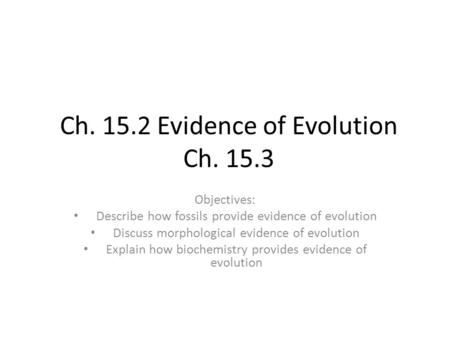 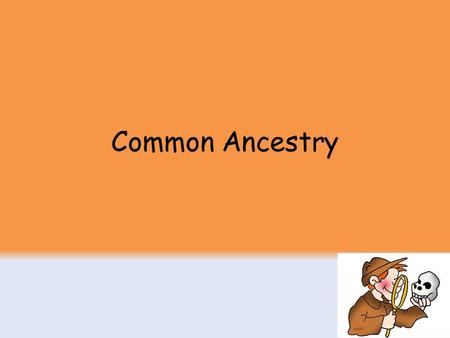 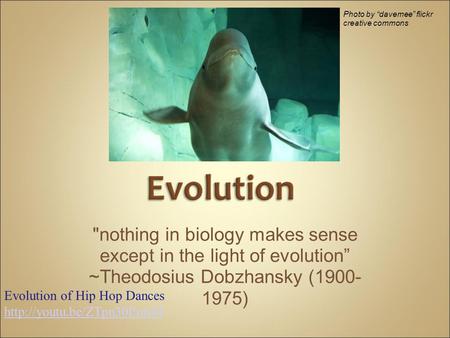 "nothing in biology makes sense except in the light of evolution” ~Theodosius Dobzhansky ( ) Photo by “davemee” flickr creative commons Evolution. 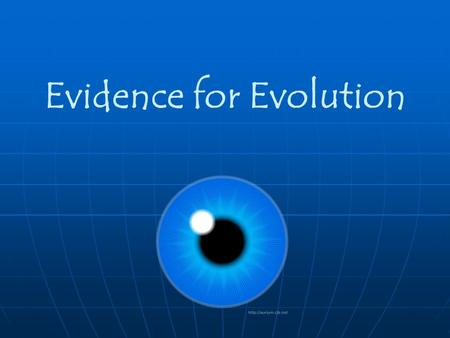 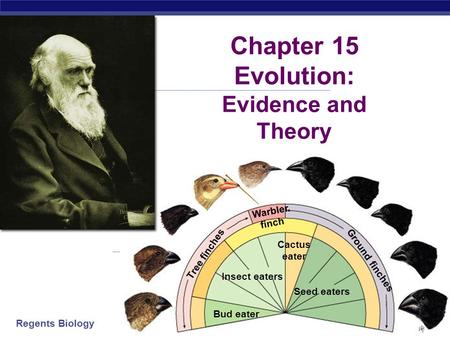 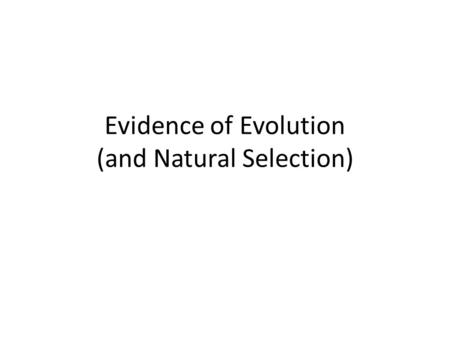 Evidence of Evolution (and Natural Selection) 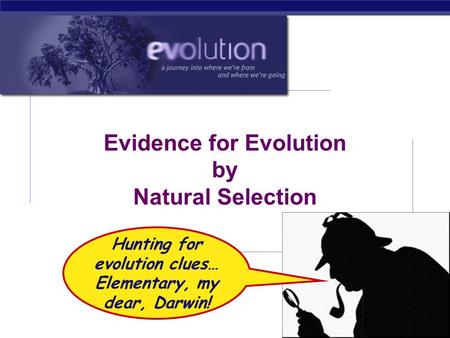 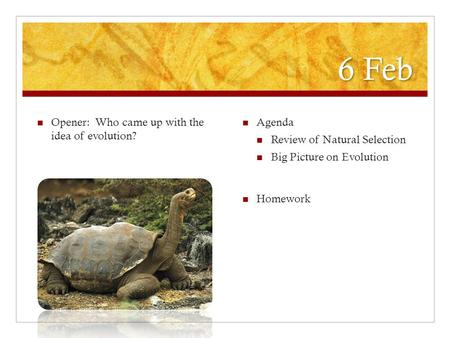 6 Feb Opener: Who came up with the idea of evolution? Agenda Review of Natural Selection Big Picture on Evolution Homework. 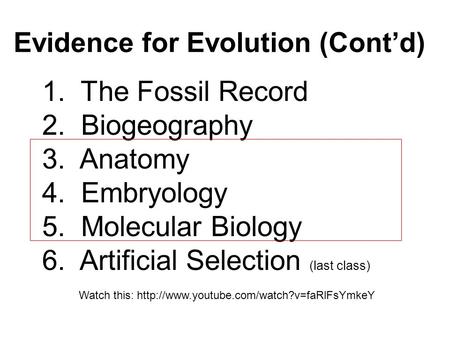 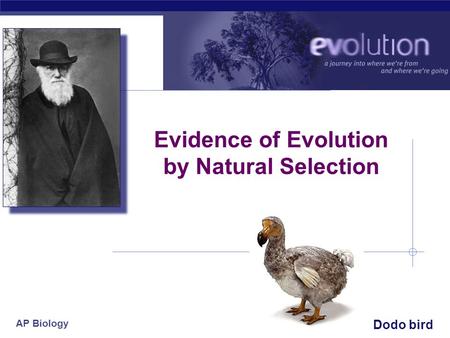 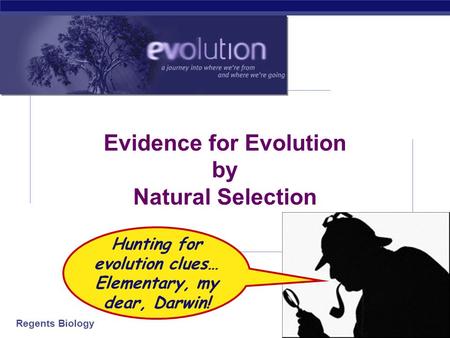 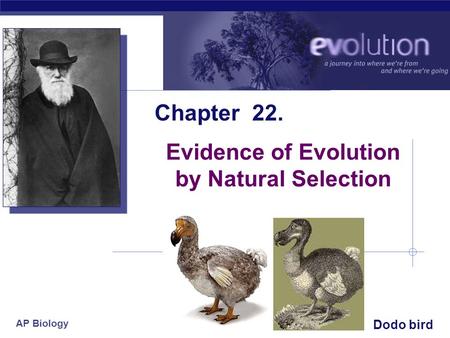 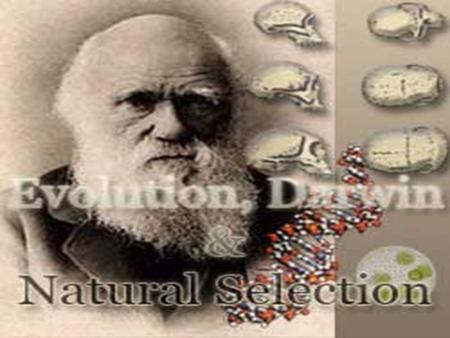 Charles Darwin ( ) Sailed around the world 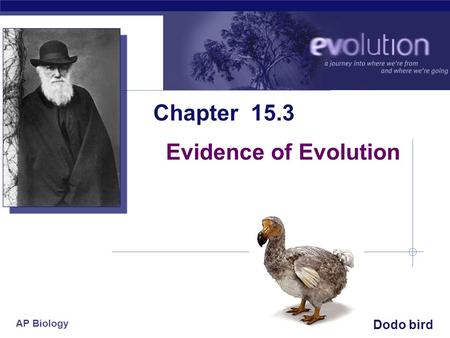 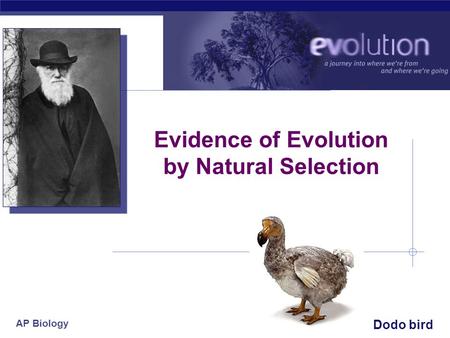 Evidence of Evolution by Natural Selection 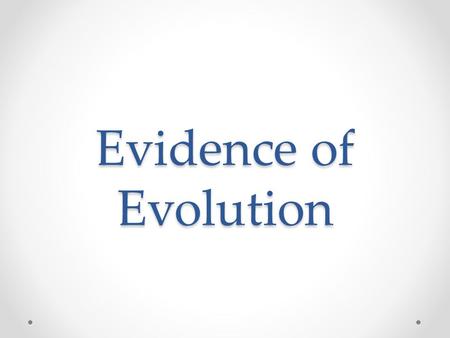