4 Matisse’s artworks transform throughout his life.

5 In 1941 Matisse was diagnosed with cancer and, following surgery, he started using a wheelchair.

6 “Drawing with Scissors”.
Matisse cutting paper for a collage; “Drawing with Scissors”. By the end of his life Matisse was thoroughly interested in patterns and from this interest came his collages. When he was not able to see well, he made collages from boldly hand-painted paper cut into shapes. Matisse’s collages were usually large works of simplicity. A collage is a technique of composing a work of art by pasting on a single surface various materials not normally associated with one another, as newspaper clippings, parts of photographs, theater tickets, and fragments of an envelope. Matisse created a technique called “Drawing with Scissors”. He cut his shapes without drawing them first.

7 With the aid of assistants he set about creating cut paper collages, often on an enormous scale. By maneuvering scissors through prepared sheets of paper, he inaugurated a new phase of his career.

14 Your Assignment: Create a cut-paper collage using the “Drawing With Scissors” technique. Use free-form shapes or a combination of geometric and free-form shapes. Use overlapping to create a sense of space and add interest. Do not use only geometric shapes. Do not draw your shapes first. 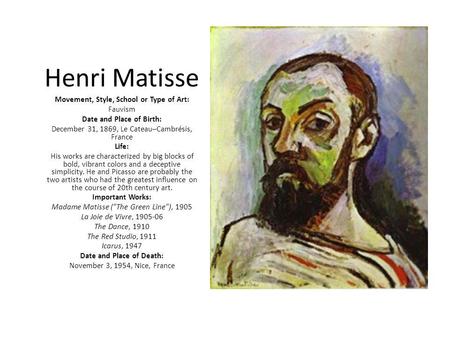 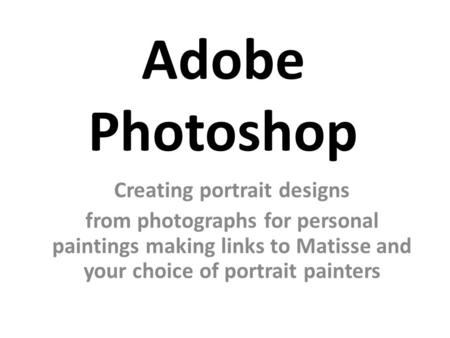 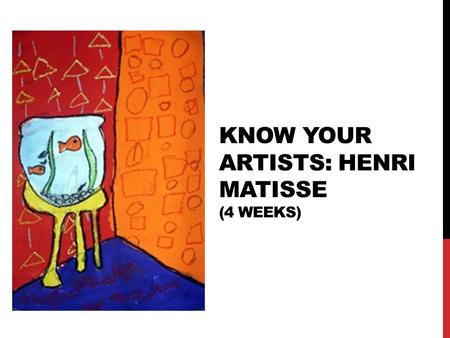 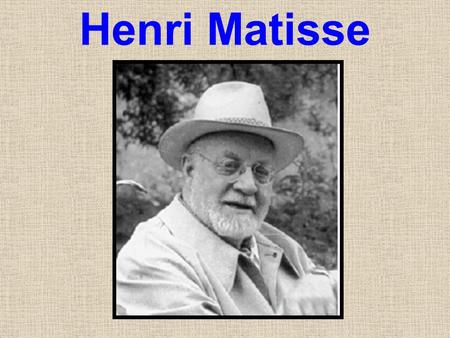