1 MLA Format: what you need to know

4 Your Instructor Knows Best #1 Rule for any formatting style: Always follow your instructor’s guidelines ( some instructors may have specific formatting they prefer )

7 Formatting the First Page  No title page  Double-space everything  In the upper LEFT corner of the 1st page, list your name, your instructor's name, the course, and date  Center the paper title (No underlining, italics, quote, or bold with the title)  Create a header in the upper right corner at half inch from the top and one inch from the right of the page (include your last name and page number--no comma in between)

9 Formatting Section Headings  Headings are generally optional (We will be using them with our subcategory titles.)  Headings should be consistent in grammar and formatting but are otherwise up to you

15 Other In-Text Citations 3 Sources from the Internet: In-text Example: One online film critic stated that Fitzcarraldo is "...a beautiful and terrifying critique of obsession and colonialism" (Garcia 5/9/11).

17 Formatting Long Quotations  If you want to include a long quote, you keep that quote single- spaced within your normal double-spaced paper. You also indent the entire quote. The quote has to all line up. In-text Example: Nelly Dean treats Heathcliff poorly and dehumanizes him throughout her narration: They entirely refused to have it in bed with them, or even in their room, and I had no more sense, so, I put it on the landing of the stairs, hoping it would be gone on the morrow. By chance, or else attracted by hearing his voice, it crept to Mr. Earnshaw's door, and there he found it on quitting his chamber. Inquiries were made as to how it got there; I was obliged to confess, and in recompense for my cowardice and inhumanity was sent out of the house (Bronte 78). 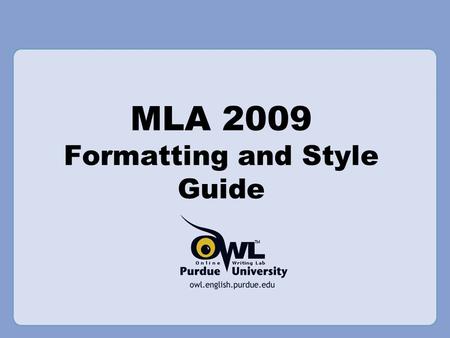 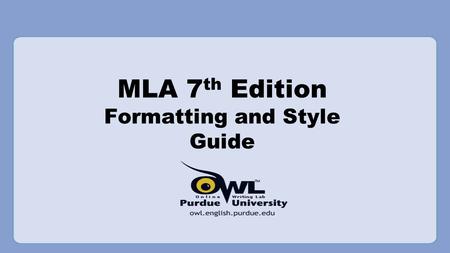