3 What does MLA regulate? MLA regulates: Document Format In-text citations Works Cited (a list of all sources used in the paper)

6 Format: General Guidelines Type on white 8.5 x 11 paper Double-space everything Use 12 pt. Times New Roman font (or similar font) Leave only one space after punctuation Set all margins to 1 inch on all sides Indent the first line of paragraphs one half-inch

7 Format: General Guidelines (continued) Header with page numbers in the upper right corner Use italics for titles of longer works

8 Formatting the 1st Page No title page Double space everything In the upper left corner of the 1st page, list your name, your instructor's name, the course, and date Center the paper title (use standard caps but no underlining, italics, quote, or bold) Create a header in the upper right corner at half inch from the top and one inch from the right of the page (include your last name and page number)

15 Other In-Text Citations 3 Multiple Works by the Same Author In-text Examples: Lightenor has argued that computers are not useful tools for small children ("Too Soon" 38), though he has acknowledged elsewhere that early exposure to computer games does lead to better small motor skill development in a child's second and third year ("Hand-Eye Development" 17). Visual studies, because it is such a new discipline, may be "too easy" (Elkins "Visual Studies" 63).

18 Formatting Long Quotations In-text Example: Nelly Dean treats Heathcliff poorly and dehumanizes him throughout her narration: They entirely refused to have it in bed with them, or even in their room, and I had no more sense, so, I put it on the landing of the stairs, hoping it would be gone on the morrow. By chance, or else attracted by hearing his voice, it crept to Mr. Earnshaw's door, and there he found it on quitting his chamber. Inquiries were made as to how it got there; I was obliged to confess, and in recompense for my cowardice and inhumanity was sent out of the house. (Bronte 78) 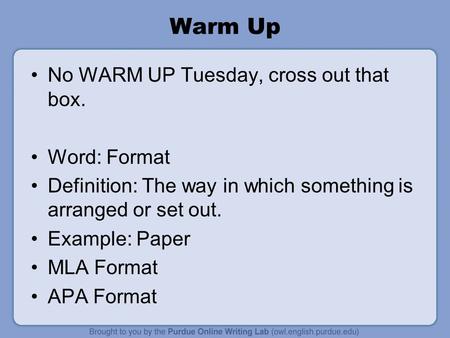 Warm Up No WARM UP Tuesday, cross out that box. Word: Format 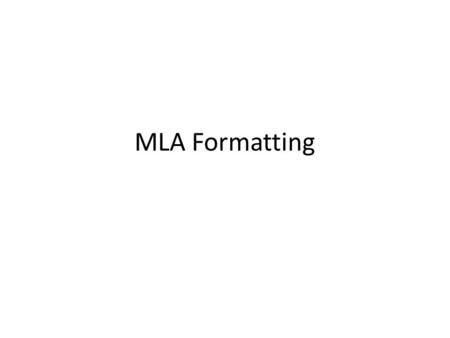 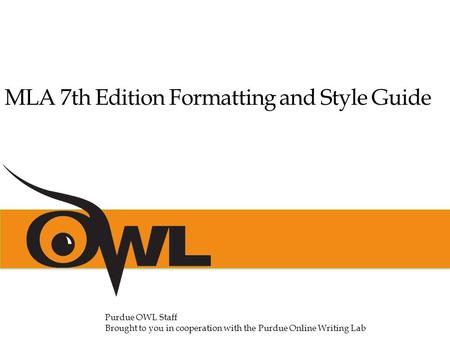