2 The ETRMA tyre industry members 10 tyre companies; 240 million of tyres produced per year (2 nd after China) 200 000 direct jobs up to 3.8% of annual TU is invested in R&D each year ETRMA members realise 72% of worldwide turnover; 37% is realised in Europe

3 The same way a rubber ball does not rebound as high as it was launched, energy is dissipated when a tyre rolls and is deformed. This phenomenon is called Rolling Resistance (RR). It contributes, together with vehicles other sources of drag, to its fuel consumption and, thus, to its CO2 emissions. Fuel CO2 etc Air Aerodynamic drag Slopes Inertia Internal frictions Tyre RR Tyre rolling resistance RR has an influence on CO 2 (and other) emissions by transport RR is usually expressed in kg/t (drag in kg per ton of load on the tyres).

4 Tyre rolling resistance and its influence on vehicle consumption and C02 emissions The rolling resistance of tyres is in itself a key factor in determining vehicle fuel consumption; Depending on the type of road and driving style, rolling resistance causes about 20% of the CO2 emitted by a car, and about 30% of the CO2 emitted by a heavy truck. Two technological solutions are identified : MeasureExpected C02 emissions reduction Tyre pressure maintenance permanently kept at placard level Both safety and environmental benefits! 1-2.5% Low Rolling Resistance tyres 3-4% Source: Tyre Industry, Cars21

6 Tyre Performances The to-be regulated performance items are not independent from each other and imposing too high constraints on a single property only, will have a negative impact on other properties Aquaplaning Rolling resistance Wet grip Noise Wear Dry braking Endurance Handling Comfort Snow Inflation Pressure There is a relationship between Rolling Resistance and Wet Grip performances Performances to be regulated 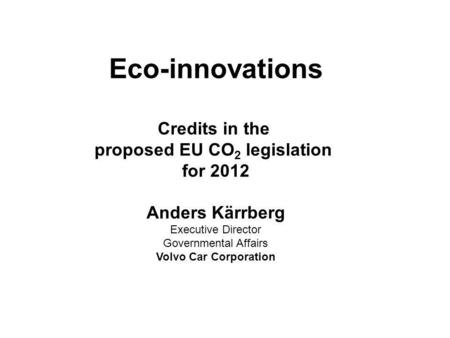 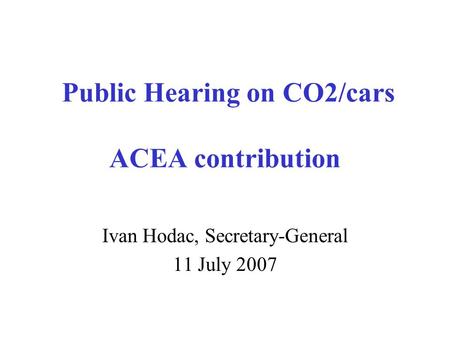 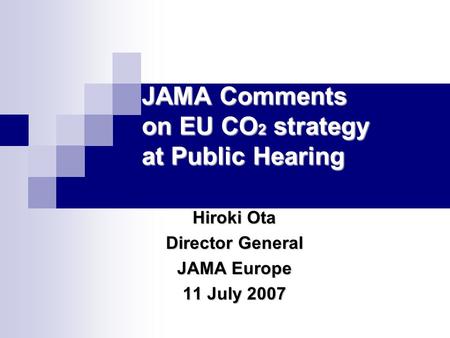 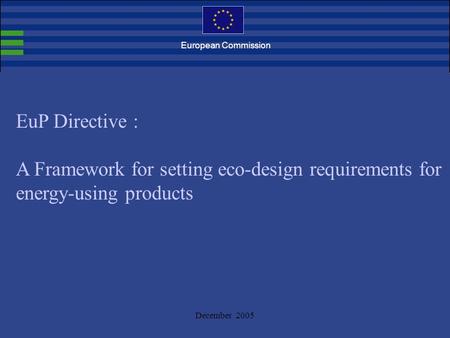 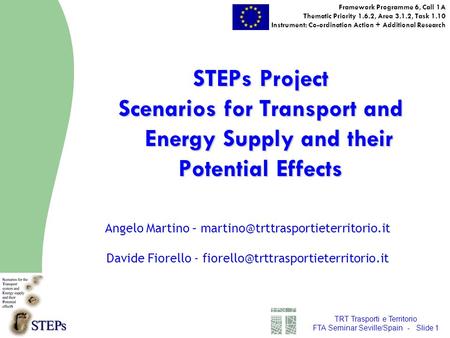 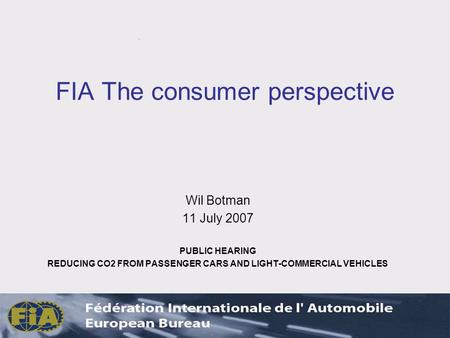 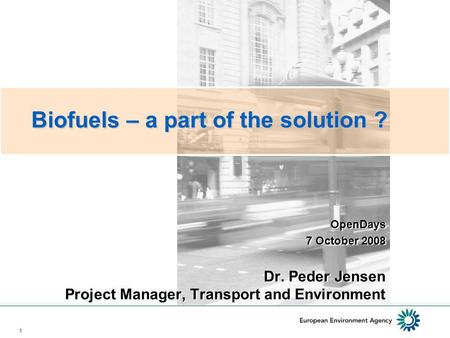 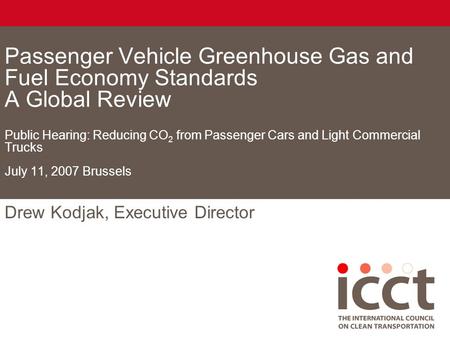 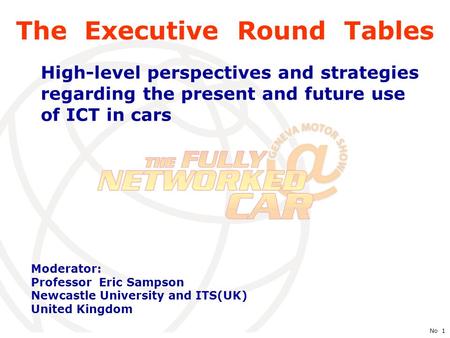 International Telecommunication Union No 1 The Executive Round Tables High-level perspectives and strategies regarding the present and future use of ICT. 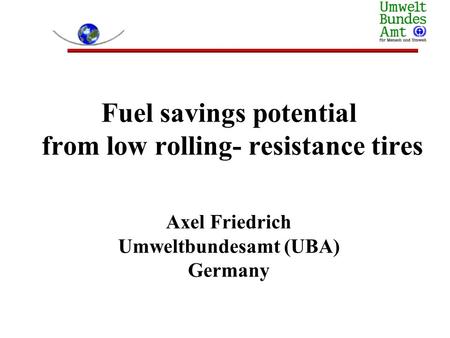 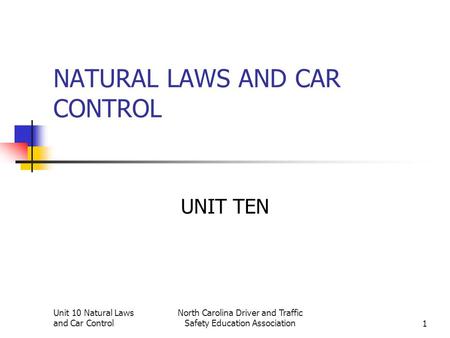 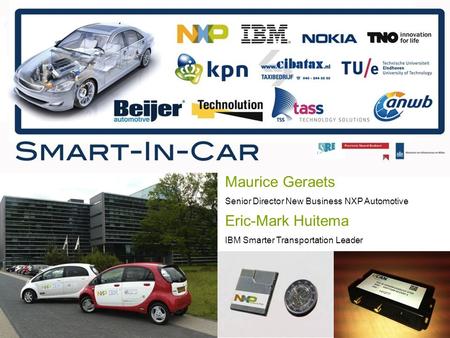 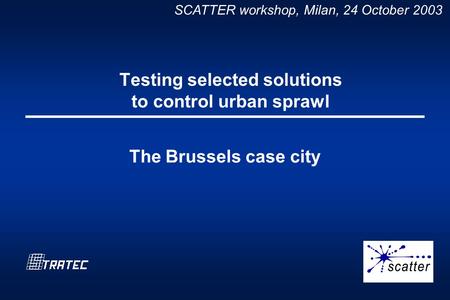 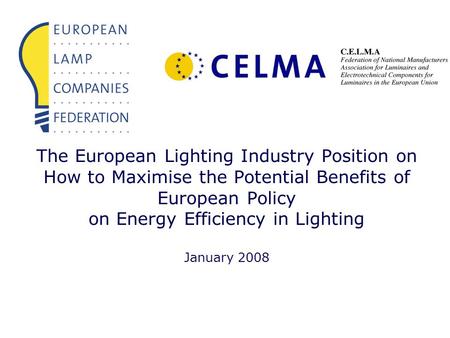 The European Lighting Industry Position on How to Maximise the Potential Benefits of European Policy on Energy Efficiency in Lighting January 2008. 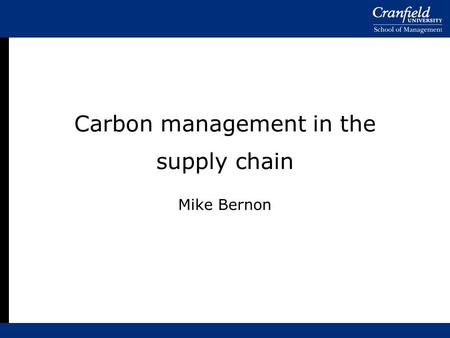 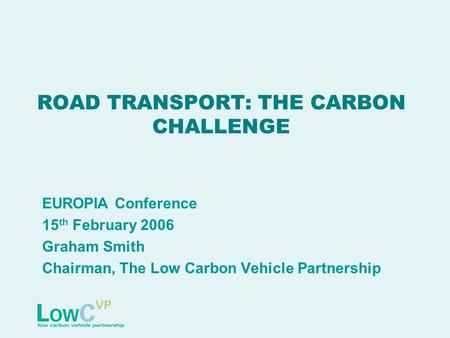