2 SPS8.d Explain the difference in mass and weight.

3 EQ: How do weight and mass differ with respect to gravitational force?

4 How are weight and mass related?

8 12-2-4 Weight and Mass, continued
Weight like force is measured in newtons.

9 12-2-5 Weight and Mass, continued
mass = a measure of the amount of matter in an object

10 12-2-6 Weight and Mass, continued
weight = the gravitational force an object experiences because of its mass

11 Law of Universal Gravitation
Why do objects fall to the ground when dropped?

12 12-2-7 Law of Universal Gravitation
All objects in the universe attract each other through the force of gravity.

13 12-2-8 Law of Universal Gravitation, continued
Newton’s law of universal gravitation gives the size of the gravitational force between two objects:

15 12-2-10 Law of Universal Gravitation, continued
All masses have gravitational attraction for other masses no matter how small or large the mass is.

18 Free Fall In the absence of air resistance, all objects falling near Earth’s surface accelerate at the same rate regardless of their mass.

19 Free Fall free fall: the motion of a body when only the force of gravity is acting on the body

21 Free Fall, continued terminal velocity: the constant velocity of a falling object when the force of air resistance is equal in magnitude and opposite in direction to the force of gravity

23 Projectile Motion Projectile motion has two components—horizontal and vertical, which combine to form a curved path.

24 Projectile Motion projectile motion: the curved path that an object follows when thrown, launched, or otherwise projected near the surface of Earth

25 12-2-18 Projectile Motion, continued
After you have thrown a ball, no horizontal forces are acting on the ball (if air resistance is ignored). So, the horizontal component of velocity of the ball is constant after the ball leaves your hand.

26 12-2-19 Projectile Motion, continued
When you throw a ball, gravity pulls it downward, which gives the ball vertical motion. In the absence of air resistance, gravity on Earth pulls objects that are in projectile motion downward with an acceleration of 9.8 m/s2, just as it pulls down all falling objects. 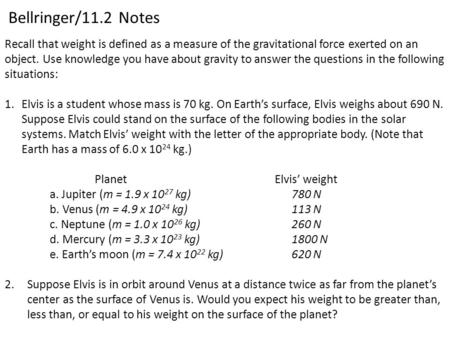 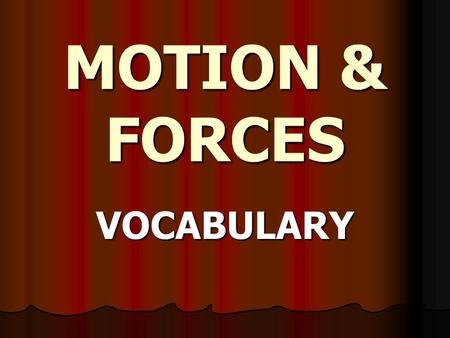 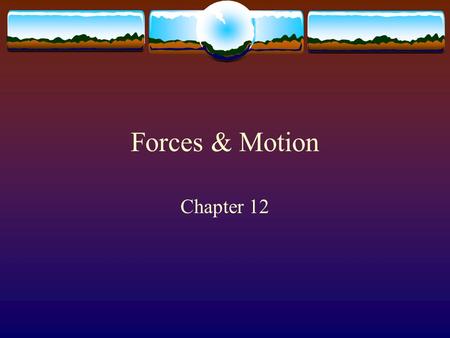