3 Who is William Shakespeare? Born in 1564 to John and Mary Arden Shakespeare 1582: Married to Anne 1583: Birth of Daughter Susanna 1585: Birth of twins: Judith and Hamnet 1587-1592: Established in London as actor/playwright; first work Comedy of Errors

6 The Time Period Elizabethan Era The Renaissance Actors were men only o Men even played female roles! Plays were one of the main source of entertainment

8 Romeo and Juliet is a… Tragedy

11 Lines have a rhythm to them 10 syllables Pattern of stressed and unstressed syllables He JESTS at SCARS that NEV er FELT a WOUND But SOFT! what LIGHT through YON der WIN dow BREAKS?

13 FOIL Foil: a character that contrasts with another character, usually the protagonist and, in so doing, highlights various facets (sides) of the main character's personality. A foil has some important characteristics in common with the other character. The author may use the foil to throw the character of the protagonist into sharper relief. (To see the character’s personality more clearly.) The term refers to the practice of putting polished foil underneath a gemstone to make it shine more brightly.

14 SONNET The term "sonnet" derives from the French word "sonet" and the Italian word "sonetto," both meaning "little song." By the 13 Century, it had come to signify a poem of fourteen lines that follows a strict rhyme scheme and specific structure. The writers of sonnets are sometimes referred to as sonnetters, although the term is sometimes used derisively. One of the most well known sonnet writers is Shakespeare, who wrote 154 sonnets.

15 COUPLET A couplet is a pair of lines of verse. It consists of two lines that usually rhyme and have the same meter. 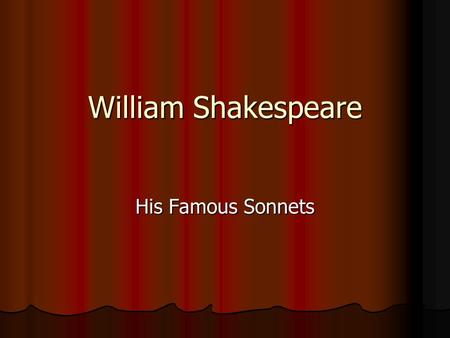 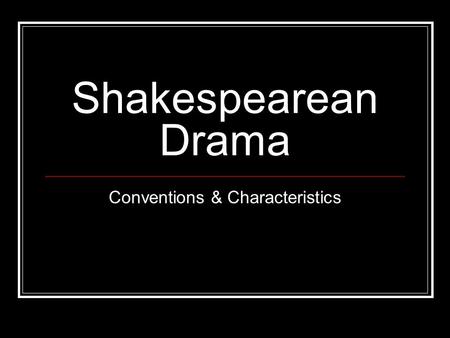 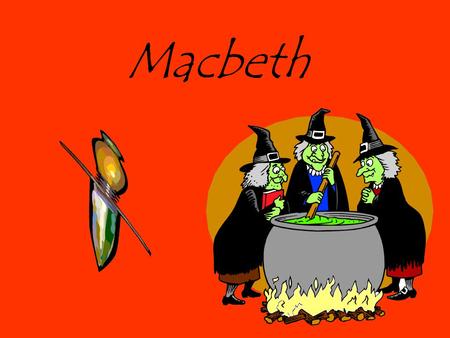 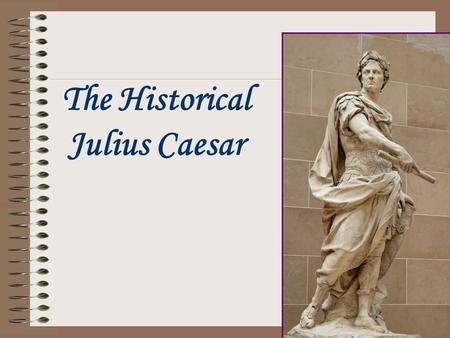 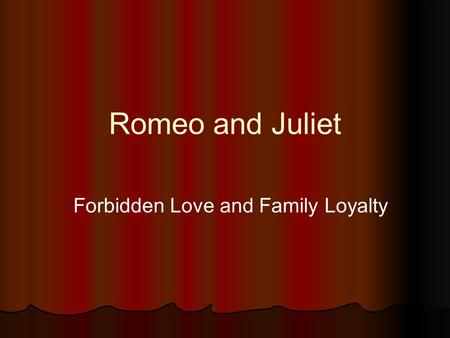 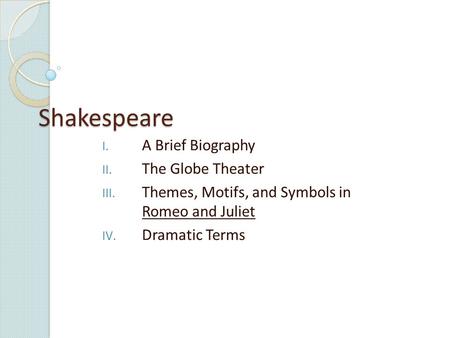 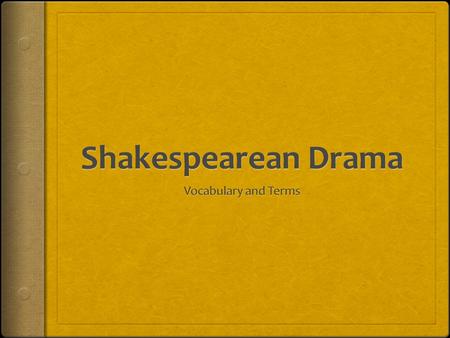 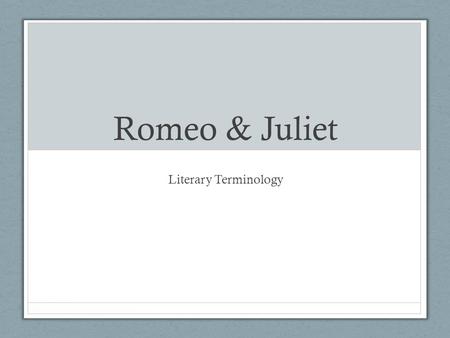 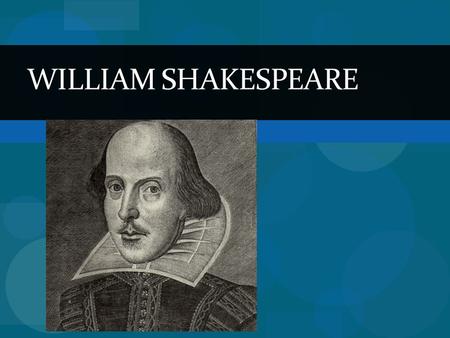