Presentation on theme: "I. Background A. global warming: the gradual increase in planet-wide temperatures B. temperature of Earth depends on amount of sunlight received, amount."— Presentation transcript:

2 I. Background A. global warming: the gradual increase in planet-wide temperatures B. temperature of Earth depends on amount of sunlight received, amount absorbed, amount reflected into space and the heat retained in the atmosphere C. greenhouse effect: keeps Earth’s temperature warm enough to support life by trapping heat in the atmosphere 1. Caused by water vapor and carbon dioxide (“greenhouse gases”) 2. Sunlight penetrates atmosphere to warm Earth’s surface. This energy is absorbed by the greenhouse gases and reradiated back to earth

3 D. In 1896, the Swedish chemist Arrhenius was the first to suggest that carbon dioxide would increase greenhouse effect and lead to global warming II. Evidence A. surface land and ocean temperature records show that average global temperatures have risen by half a degree centigrade in about a century B. rate of temperature change significantly faster than any observed changes in last 10,000 years C. precipitation has increased 1% and sea-levels have risen 15-20 cm world wide due to melting glaciers and expansion of ocean water from warmer temperatures

6 B. the CO 2 gas acts similarly to glass or plastic on a greenhouse, that is, it acts as a one way filter C. incoming solar radiation is of high energy (therefore short wave- length) and is able to penetrate the atmosphere. Because the earth absorbs some of the energy, the outgoing radiation is of lower energy (longer wavelength), which is absorbed by water vapor, carbon dioxide, ozone, and other greenhouse gases and then reradiated toward the Earth D. in other words: the greenhouse effect allows visible and uv light to pass through the atmosphere the air and the earth but it traps the longer wavelength infrared heat rays emitted from the warm soil and air, thus raising the temperature

7 V. Industry A. since the industrial revolution, levels of greenhouse gases have significantly increased

8 VI. Effects A. the increase in temperature and rise in sea level will impact health, agriculture, forests, water resources, coastal areas, species and natural areas 1. Health: life cycles of pathogens and insects such as mosquitoes are affected by climate; greater chance of malaria, etc. 2. Agriculture: effect on crop yields and geographic distribution of crops; some crops will thrive, others will not 3. Forests: insects and diseases may increase; increase in summer droughts would produce more forest fires 4. Water resources: decreased water quality due to flooding; floods more likely due to more intense rainfall; droughts more severe due to increased evaporation and drier soil

9 5. Coastal areas: raise the level of seas eroding beaches, inundating low lands, increasing coastal flooding 6. Species and natural areas: loss of cold water fish habitat, shift in ecological areas, loss of habitats and species, desertification VII. Particulates A. particulates are produced by nearly all combustion and industrial processes, heavy industry, and incinerators B. they have the effect of cooling the earth as small scatterers of radiation and reflectors of sunlight, thus less radiation reaches the earth C. help as nuclei in condensation of water vapor in the atmosphere 1. Contributes to cloudiness and precipitation, which in turn leads to a decrease in temperature

10 VIII. Predictions A. many scientists predict that unless these gases are significantly reduced, the earth’s average temperature will rise about 1 to 3ºC by the end of the 21st century B. overall concentrations of greenhouse gases are likely to double pre- industrial levels by 2060

Download ppt "I. Background A. global warming: the gradual increase in planet-wide temperatures B. temperature of Earth depends on amount of sunlight received, amount." 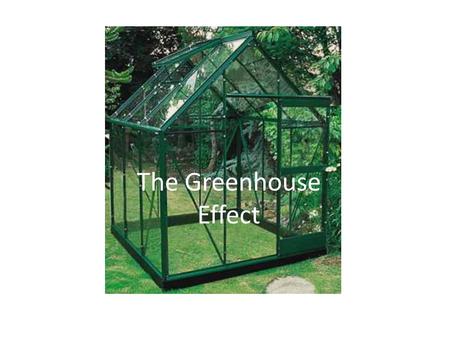 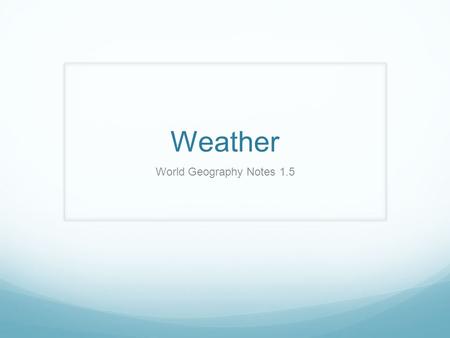 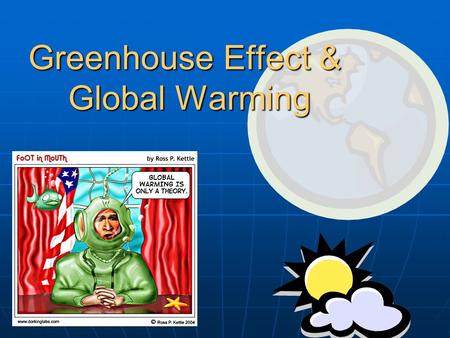 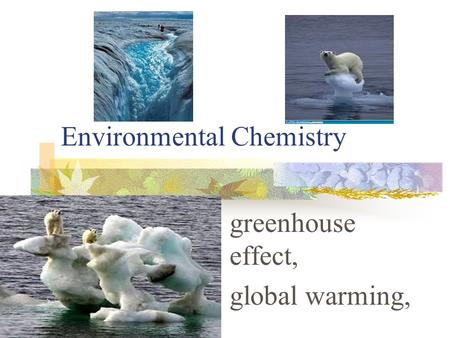 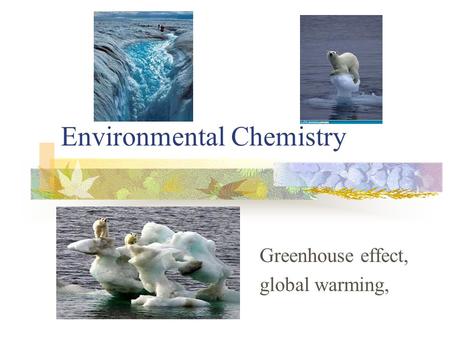