7 Methods of Transfer… Occurs when there is a loss of static electricity due to three possible things: Friction - rubbing Conduction – direct contact Induction – through an electrical field (not direct contact)

9 Electricity that moves…
Current: The flow of electrons from one place to another. Measured in amperes (amps) Kinetic energy

10 How can we control currents?
With circuits. Circuit: is a path for the flow of electrons. We use wires.

11 There are 2 types of currents:
Direct Current (DC) – Where electrons flow in the same direction in a wire.

12 There are 2 types of currents:
Alternating Current (AC) – electrons flow in different directions in a wire

13 There are 2 types of circuits:
Series Circuit: the components are lined up along one path. If the circuit is broken, all components turn off.

15 There are 2 types of circuits:
Parallel Circuit – there are several branching paths to the components. If the circuit is broken at any one branch, only the components on that branch will turn off.

20 What is Resistance? The opposition to the flow of an electric current, producing heat. The greater the resistance, the less current gets through. Good conductors have low resistance. Measured in ohms.

25 What is an electromagnet?
Electromagnet – a magnet made from a current bearing coil of wire wrapped around an iron or steel core.

26 What is a generator? Generator – a machine that changes mechanical energy to electrical energy Usually use moving magnets to create currents in coils of wire.

27 What is a motor? Motor – a device that changes electrical energy to mechanical energy that can do work. 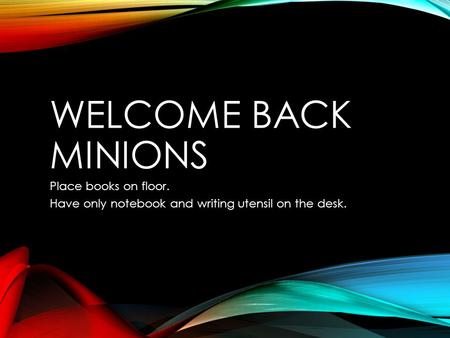 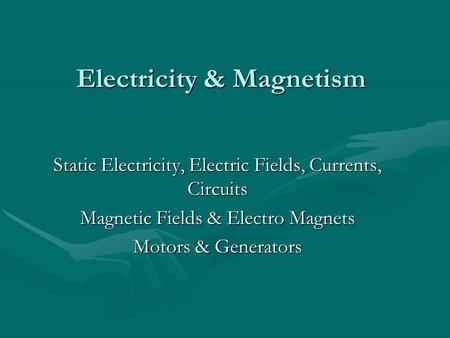 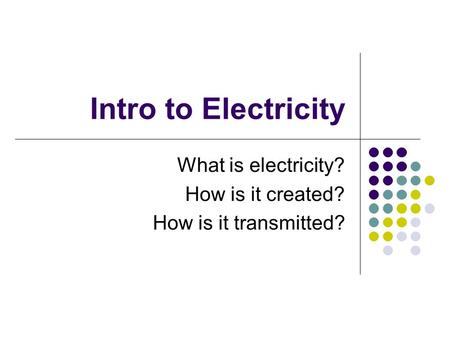 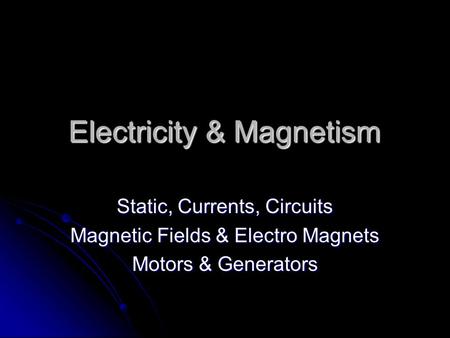 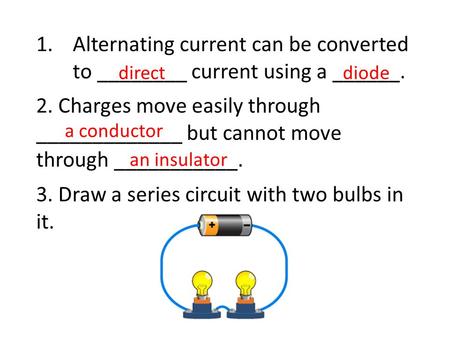 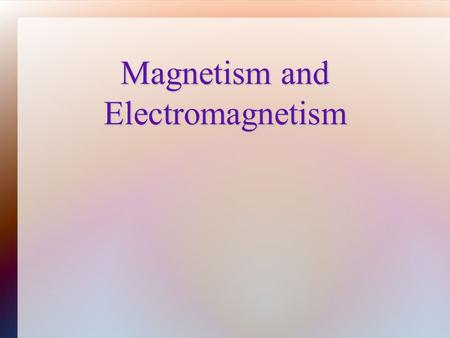 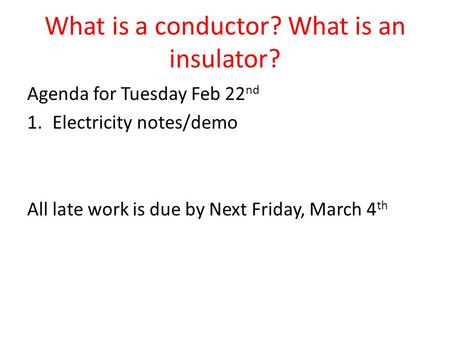