4 Charging Objects Rubbing two materials together can result in a transfer of electrons. Then one material is left with a positive charge and the other with an equal number of negative charges. The process of transferring charge by touching or rubbing is called charging by contact.

5 Charging Objects Conduction – the contact of a charged object to a neutral object. Friction – when two objects are rubbed together, one becoming negatively charged and the other becomes positively charged. Induction - A method used to charge an object without actually touching the object to any other charged object.

6 Charging Objects Law of Conservation of Charge – charge cannot be created or destroyed only transferred. The accumulation of excess electric charge on an object is called static electricity.

7 Conductors A material in which electrons are able to move easily is a conductor. Metals are the best electrical conductors because they have freely moving electrons.

8 Insulators A material in which electrons are not able to move easily is an insulator. Plastic, rubber, and glass are good insulators because they hold onto their electrons tightly.

9 Electricity Electric Current – the continuous flow of electric charge (Measured in Amps (A)) Electrons in metals are in constant motion in all directions. When an electric current flows in the wire, electrons continue their random movement, but they also drift in the direction that the current flows.

11 Voltage causes current to flow through an electrical circuit measured in volts - V A Voltage Source (battery or generator) is required to maintain the electrical potential in a circuit.

18 Circuits A closed (on) switch means that the circuit through the switch is connected, this is called a closed circuit. A broken wire or an off switch both leave gaps in a circuit this is called an open circuit.

26 Power Electrical Power – rate at which electrical energy is converted to another form of energy. P = power (W) I = Current (A) V = potential difference (V) P = IV I P V ÷

28 Power 2.How much power does a 27 A clothes dryer use if it is connected to a 240 V electrical source? 3.A power tool used about 12 amperes of current and has a power rating of 1440 watts. What voltage does the tool require? 4.A stereo receiver used a current of 2.2 amps from a 120 volt line. What is its power? 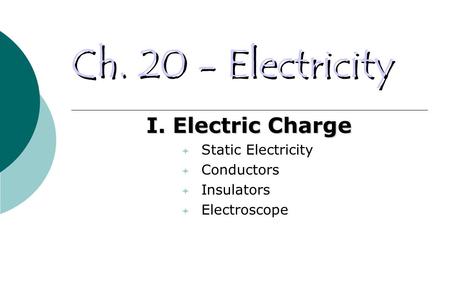 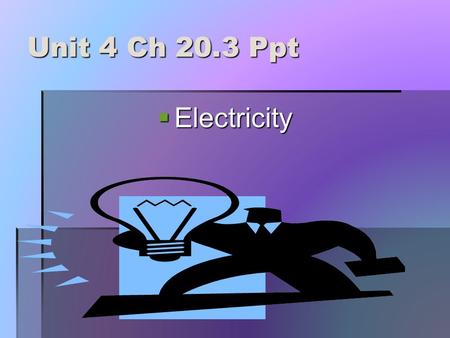 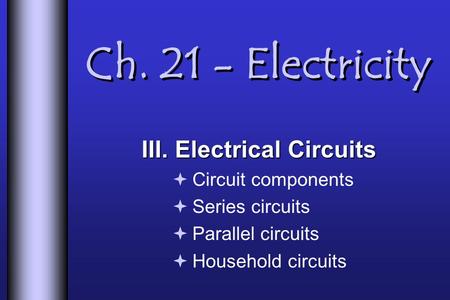