Presentation on theme: "People movements “Tens of thousands of people are on the move. Not thinking about them, not doing anything for them are not options for caring Christians.”"— Presentation transcript:

3 “Tens of thousands of people are on the move. Not thinking about them, not doing anything for them are not options for caring Christians.” Alistair Brown BMS World Mission General Director

4 Asylum seekers & refugees: protecting human rights Asylum seekers are people who have moved across an international border in search of protection under the 1951 Refugee Convention, but whose claim for refugee status has not yet been determined. Refugees are people residing outside their country of nationality, who are unable or unwilling to return because of a ‘well- founded fear of persecution on account of race, religion, nationality, membership in a political social group, or political opinion’. D E F I N I T I O N S

7 Asylum seekers & refugees: protecting human rights “Many of us rarely, if ever, question these labels.” ‘bogus’ ‘illegal’ ‘fraudulent’ ‘scroungers’ ‘criminals’ ? ? ? ? ?

8 Asylum seekers & refugees: protecting human rights “To protect those who flee persecution is one of the most basic expressions of human solidarity. We must ensure that this principle survives in the age of mass migrations and war against terror.” (UNHCR)

10 Top five countries of origin of refugees: Palestine, Iraq, Afghanistan, Sudan, Somalia Almost 75 per cent of the world’s refugees are hosted by countries with a per capita income of less than $2,000 European countries host only four per cent of refugees and asylum seekers worldwide FACTS: REFUGEES

11 Forced migration: the consequences Internally displaced persons (IDPs) are people who have been forced to flee their homes suddenly or unexpectedly, and who are within the territory of their own country FACTS: IDPs

14 Urbanisation: city survivors Case study: Guayaquil, Ecuador Population of three million Over half of over-11s are forced to work High unemployment and underemployment

15 Urbanisation: city survivors “Los Vergeles, where we work, is a poor community of 45,000 people. Most of them do not originate from Guayquil, but have come in search of a better life. Many never find it. However, this neighbourhood… is a tremendous opportunity for the gospel.” Pray for… Peter and Vicki Butchers, working amongst the urban poor in Guayaquil

17 Bible reflection and discussion “The LORD is a refuge for the oppressed, a stronghold in times of trouble.” (Ps 9: 9)

Download ppt "People movements “Tens of thousands of people are on the move. Not thinking about them, not doing anything for them are not options for caring Christians.”" 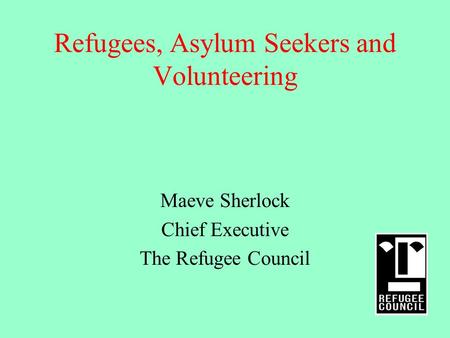 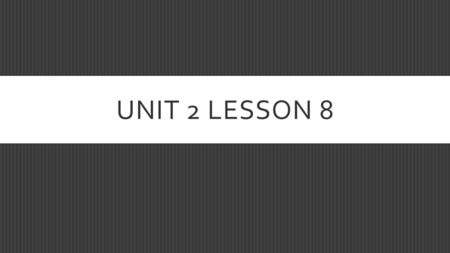 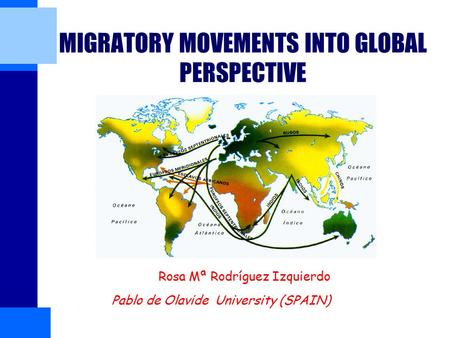 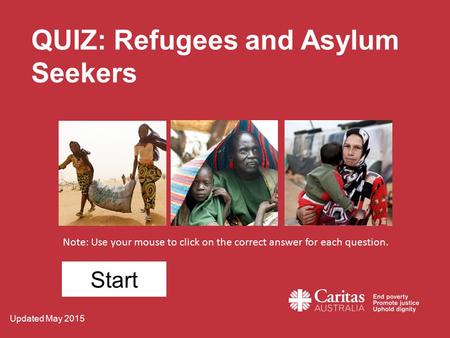 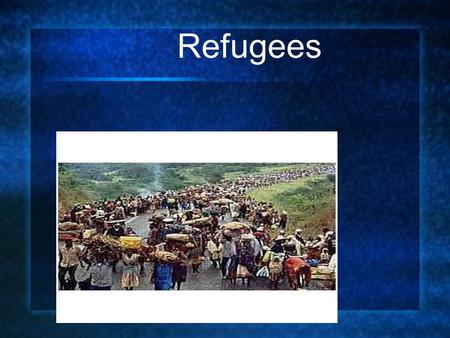 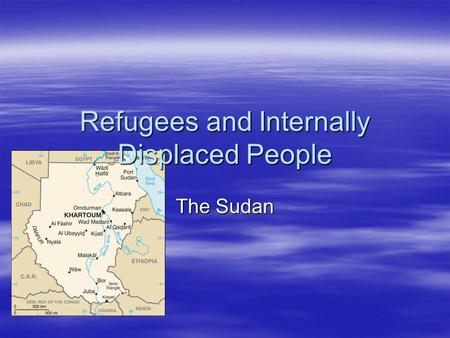