3 Industrial Relations Is the relationship which exists between employers and employees. It is most important that this relationship is good.

4 Good Industrial Relations Lead To: Discussions taking place on an ongoing basis Disputes over wages, working conditions and promotion can be settled without a strike

6 Trade Unions An organisation formed by workers to protect the interests of their members.

8 Benefits of joining a Trade union Higher standard of living for members- better wages and conditions Greater job security if union is powerful Increased bargaining power, one voice for all worker Protection against discrimination or unfair dismissal

11 Shop Steward Is the local union representative and is elected by members for a term of 1 to 5 years Main Duties 1. Recruit new members 2. Act as a link between members and union headquarters 3. Negotiate with an employer on behalf of members

12 Irish Congress of Trade Unions(ICTU) Voluntary body made up of members for all trade unions 1. It provides one voice for all member unions 2. Nominates people to the Labour Court and the Labour Relations Commission 3. Consulted by the government on all matters of national interest eg employment, social welfare, taxation, wages

13 Irish Business & Employers Confederation (IBEC) Represents all employers in negotiations with trade unions and the government It gives a voice to members on all aspects of industrial relations.

16 INDUSTRIAL ACTION BY UNIONS Work to rule: where employees will only do the exact work they were employed to do Go Slow: where employees do their work but do so as slowly as possible Overtime ban: where employees refuse to do any overtime required by their employer Strike: where workers stop working and place a picket on the employer. If the strike is official it will have the backing of the union and the ICTU

18 4. Conciliation: A 3 rd party eg Labour Relations Commission, brings both parties together. 5. Arbitration A 3 rd party such as the Labour Court is asked to make a decision, which the disputing parties must agree to.

19 Functions of Labour Relations Commission Conciliation Service: parties are brought together, and are encouraged to come up with a settlement themselves. Advisory Service: LRC offers advice to employers and employees on Industrial relations matters

23 Arbitration Both parties to a dispute agree in advance to the decision of a 3 rd party. e.g. Labour court.

24 National Wage Agreement Is a pay agreement between the social partners eg ICTU (workers), IBEC (employers) and the Government. It is binding on all employers and employees in the country.

25 Local Wage Agreement When each employer negotiates with their own employees on pay and conditions.

26 Equal Opportunities Employer It is illegal to discriminate on the grounds of marital status, gender, family status, religious belief, age, disability. Race, membership of traveller community, sexual orientation There must be equal pay for men and women 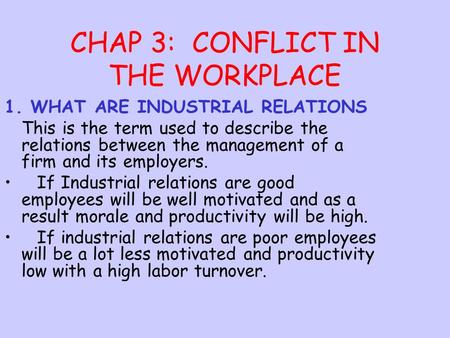 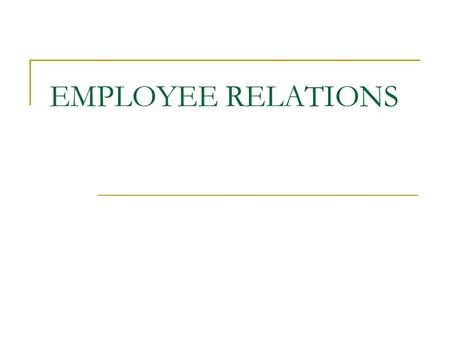 EMPLOYEE RELATIONS. Formal relationship between employers and employees. Employee Relations may involve representatives rather than individuals. 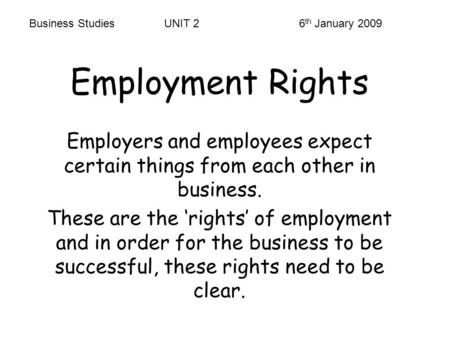 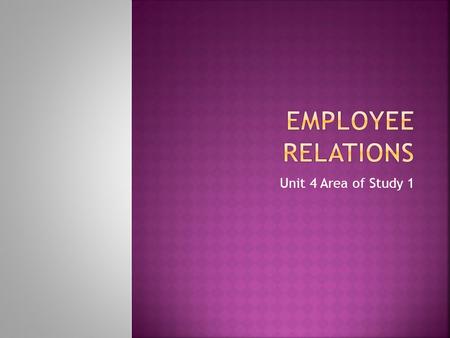 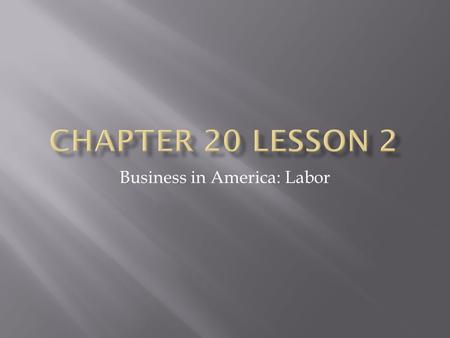 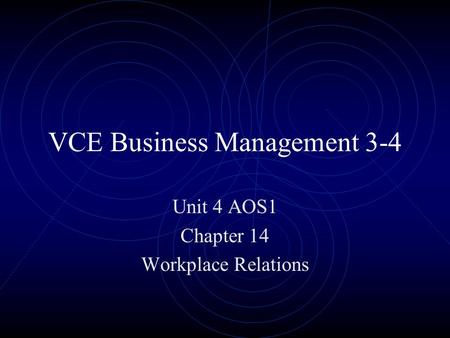 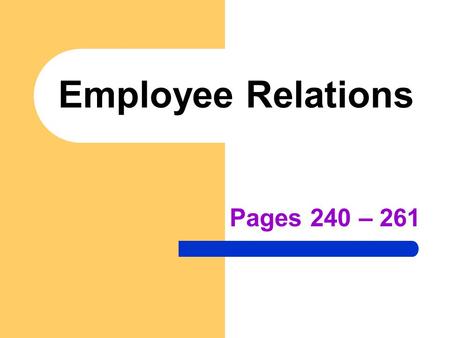 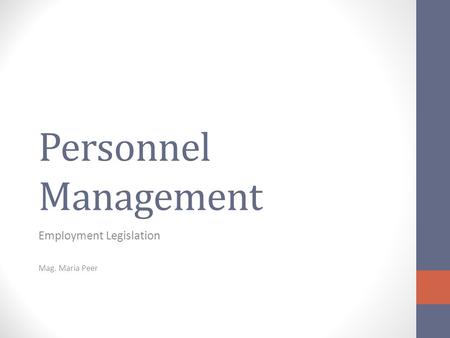 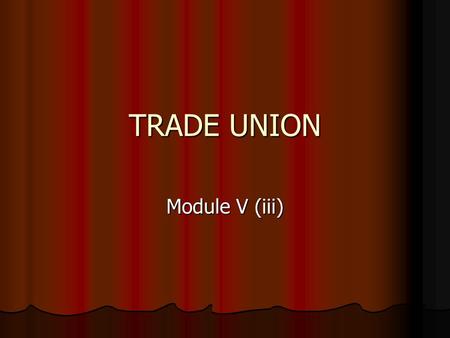 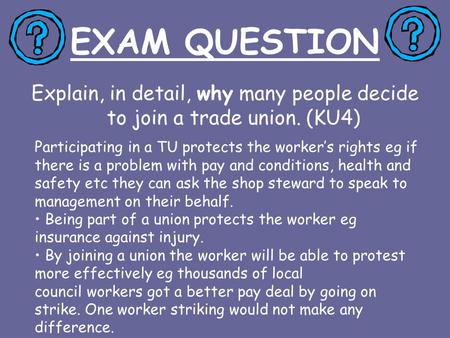 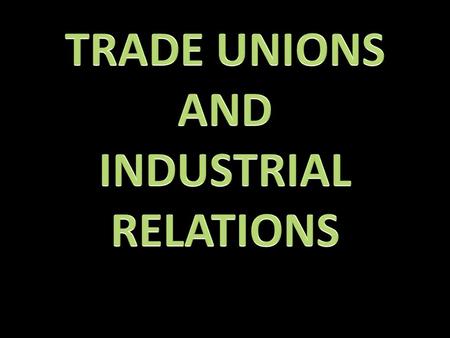 Trade unions help workers voices to be heard. Like a big brother looking out for you in the playground! 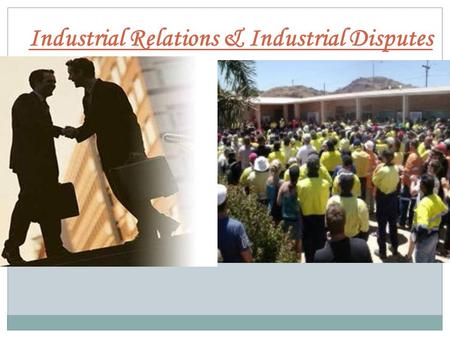 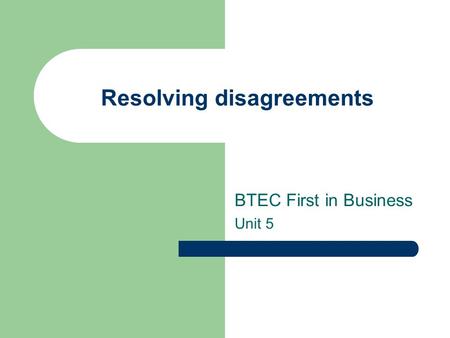 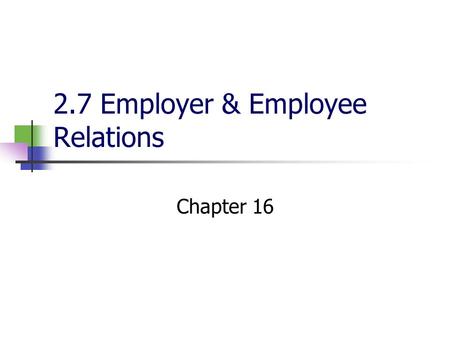 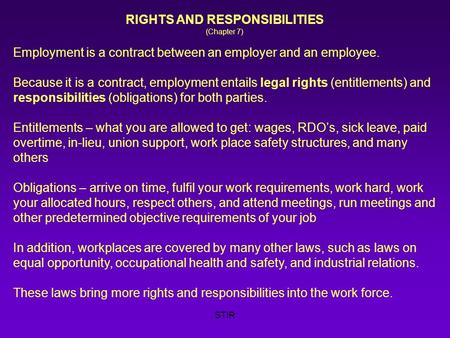 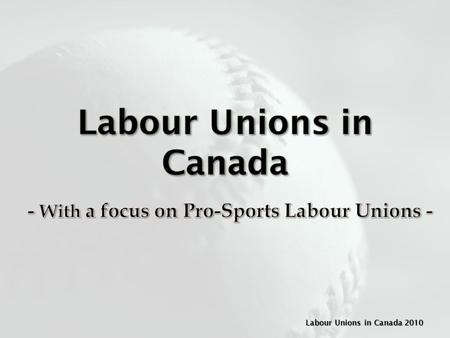