2 Neo? Classical Although the following developments happened during the time period we are calling “Neoclassical” in class, this period in music is most often referred to in modern times as simply “Classical” It is important to note that “Classical” music in today’s culture is regarded as a genre as well as a time period. Not all music labeled as “Classical” was composed during this period.

3 Remember the Baroque The Baroque period was known for its ornamentation. Polyphony (many melodic lines at once) was a predominant feature of Baroque Music. Opera Seria was the most common form of opera at the time.

4 Shifting to the Classical Like in other art forms during this period an order and clarity was brought to music. Polyphony was replaced by Homophony Homophonic music is characterized by a singular melody over a subordinate (or supporting) harmony. This allowed the tonal structure of works to become more audible. This created the need for notating the melodic line for dynamics and phrasing.

5 Opera Public taste shifted from Opera Seria to Comic Opera. The music of Comic Opera was usual much simpler. The story usually focused on ordinary people rather than grand historical figures.

6 Instrumental Music The fortepiano (the precursor to the modern piano) replaced the harpsichord. (The fortepiano is the piano like instrument seen in the film “Amadeus” with the reversed black and white keys and the lighter sound of our modern pianos) Main types of instrumental music were sonata, trio, string quartet, symphony, concerto, serenade and divertimento

8 Sonata Form continued The main parts of the Sonata Form are: ◦ Introduction- optional ◦ Exposition- introduction of theme (perhaps a melody) ◦ Development- playing around with themes form the exposition ◦ Recapitulation- return to the Exposition but altered slightly (for emphasis) ◦ Coda- tag

12 Ludwig Van Beethoven German composer, born in late 1700’s Most famous for continuing to compose music even after going completely deaf Also wrote for a variety of genres Very important to the development of music. He is regarded as the connection between the (Neo)classical period and the Romantic Era.

14 Mozart and Beethoven are two of the most famous composers of all time. Although you may not have recognized the tunes played by name you probably recognize the tunes. Their tunes are used frequently in movies, TV etc. (Beethoven’s Moonlight Sonata actually appears in “You’re A Good Man Charlie Brown) 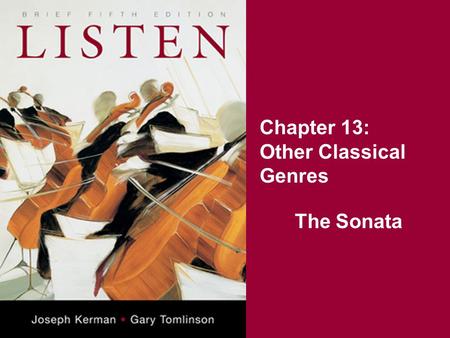 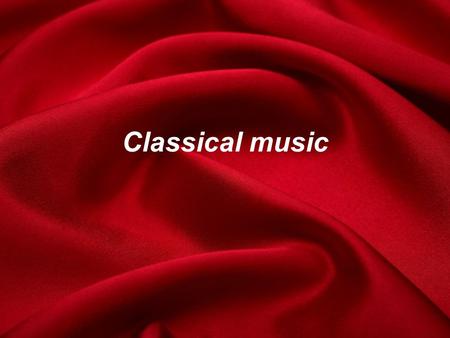