10 10 Gap Unexplored role of the family context in determining how women form and dissolve relationships and how this may influence their decision to transact sex and experience sexual violence Focus has been on high risk groups (sex workers), but little has been done to understand and prevent women entering/being into sex work or relationships that are violent Much has been done on how AIDS has impacted on families, but little on the how the family context can increase or reduce vulnerability to HIV

11 11 Aim To study the role of rural women’s family contexts in determining how they form and dissolve sexual relationships.

14 14 Research methods (2) Secondary data:  DSS data will be helpful on status of relationships (specifically during sampling) -set up in 1994 -data on adult mortality & fertility in the general population by HIV status -provides information on households composition & marital status  Epidemiological sero-survey data on HIV status of the participants -data on the current magnitude, patterns and trends of the HIV/AIDS epidemic

18 18 Description of Kisesa ward (2) Marital relationships: -median age at first marriage (19 yrs F, 23 yrs M) -mainly monogamous -5% of men and 15% of women are in polygamous unions -among women in polygamous union, 92.5% were cohabiting with their partners Economy –per capita income below $120 per year –farming is main source of income, petty trading common Health : four public and three private health centers 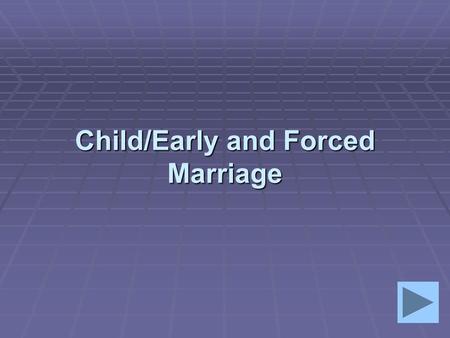 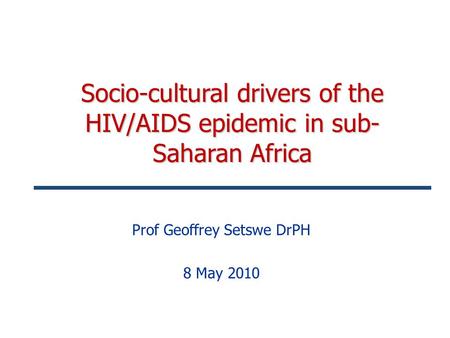 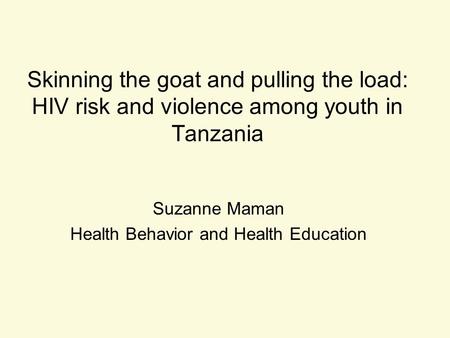 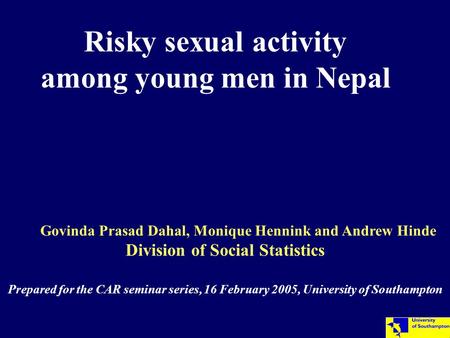 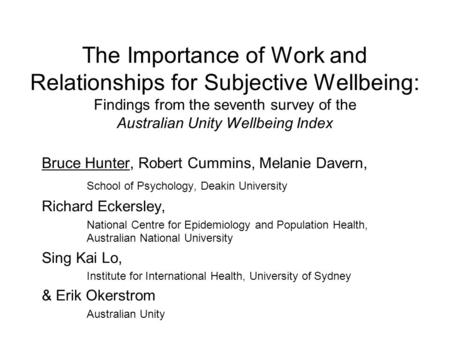 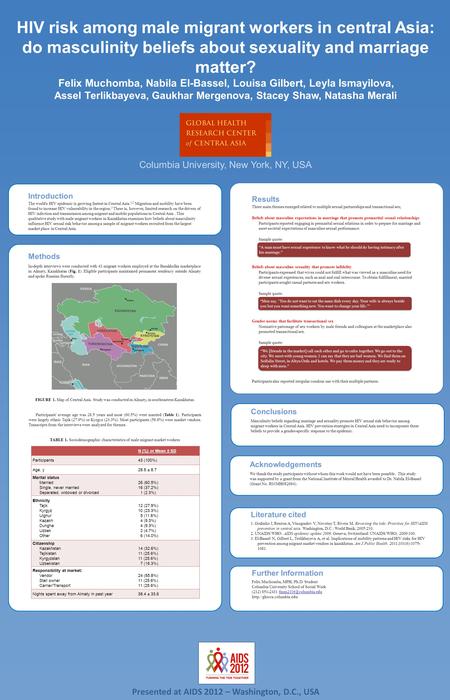 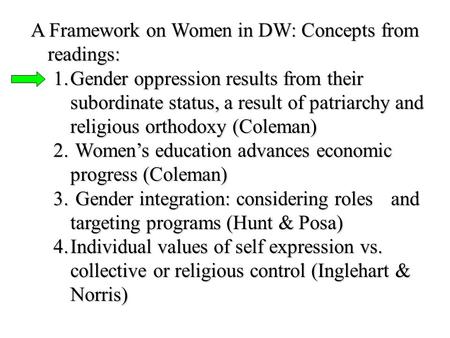 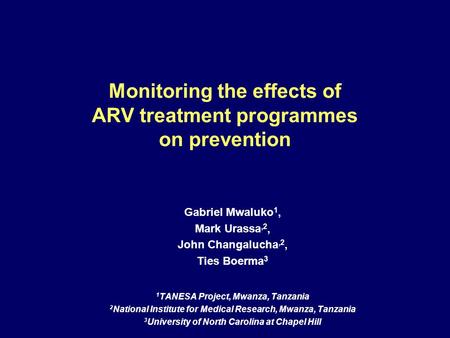 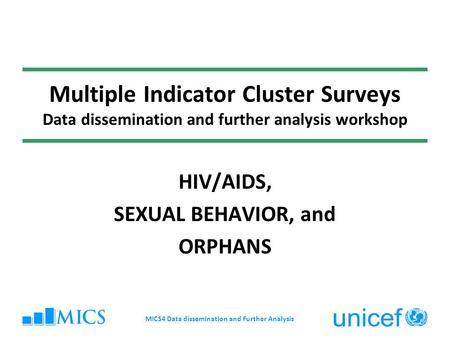