3 N. Lindsley-Griffin, 1999 A single particle at the surface moves in a circular path as each wave passes. Motion decreases to nothing, at a depth equal to one-half the wavelength. Ocean Waves

4 Waves Near Shore As bottom shallows, waves are forced into smaller space. Their shape distorts as the front slows down. Waves “feel” bottom

5 N. Lindsley-Griffin, 1999 Breakers form as the wave oversteepens and topples Waves Near Shore

10 Waves move away from the prevailing wind direction, approaching coastlines at an angle. N. Lindsley-Griffin, 1999

11 Transport of Sediments As waves approach shore at an angle, they generate a current parallel to shore called the longshore current. N. Lindsley-Griffin, 1999 Wind Longshore Current

12 Transport of Sediments Waves run up shore at an angle Water runs straight back along steepest slope Sediment particles are transported along shore in a zigzag path Net motion = beach drift N. Lindsley-Griffin, 1999

15 Groins - Sand is deposited by longshore current on the up-current side; eroded by wave action on the down- current side. Human Interference J. Wiley, J.R. Griffin,

17 Water carried onshore must find a path back to sea Rip currents flow out to sea along narrow channels and broad sheets J. Wiley; N. Lindsley-Griffin, 1999 Transport of Sediments

26 N. Lindsley-Griffin, 1999 Sea arches form where waves cut through headlands. Eventually wave action and mass wasting will remove the top of the arch and leave sea stacks behind. Coastal Landforms

27 Longshore drift deposits sand in a south- pointing spit at the mouth of the Russian River, northern California Coastal Landforms

28 A tombolo is a spit or bar that connects an island or sea stack to the mainland. Big Sur coast, California Coastal Landforms

30 A baymouth bar blocks the mouth of a bay. (Oregon coast) Coastal Landforms 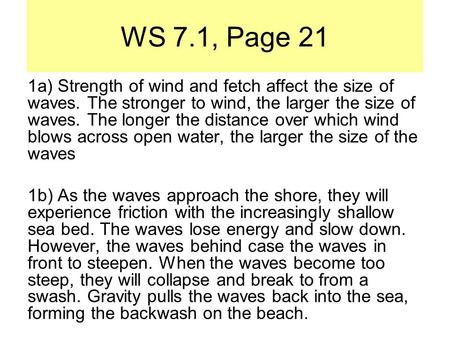 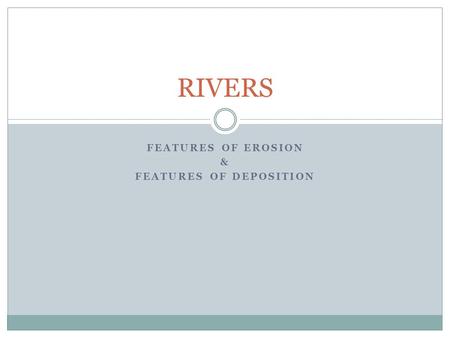 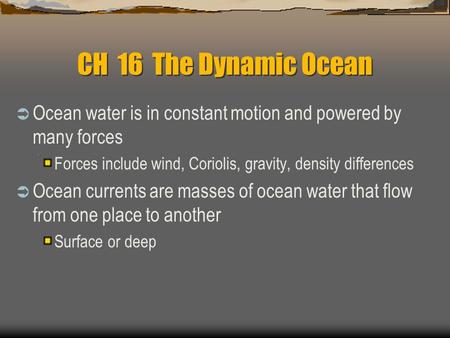 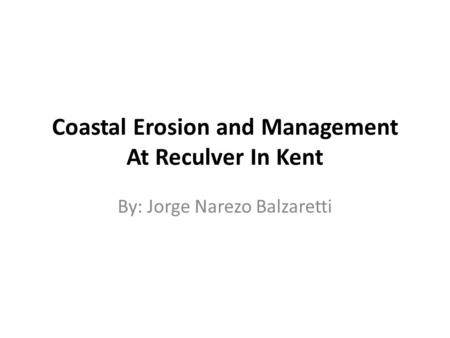 Coastal Erosion and Management At Reculver In Kent 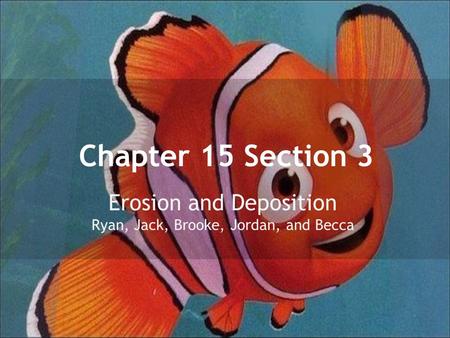 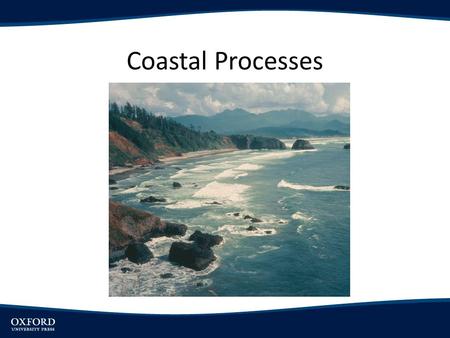 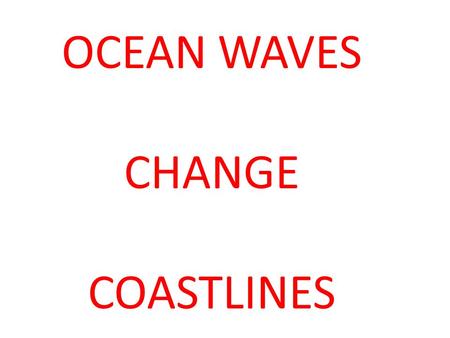 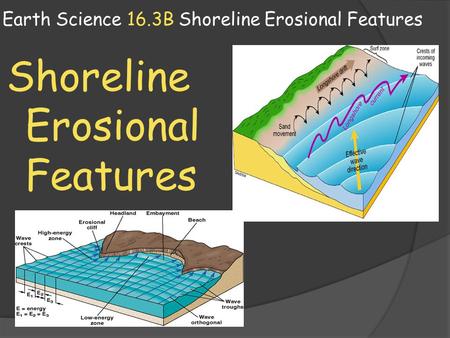 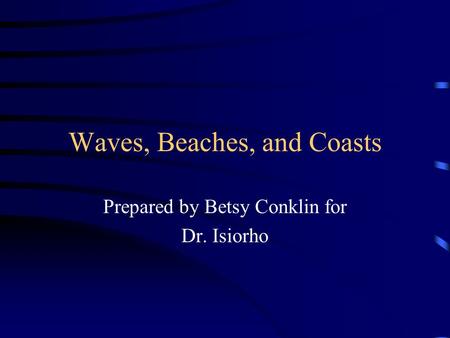 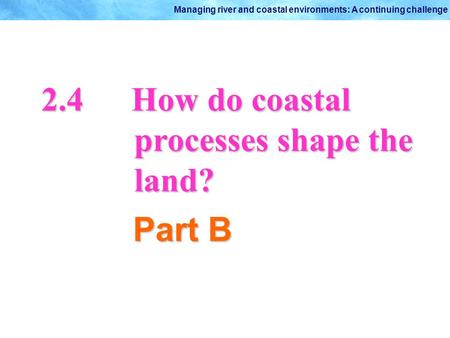 2.4 How do coastal processes shape the land? Part B. 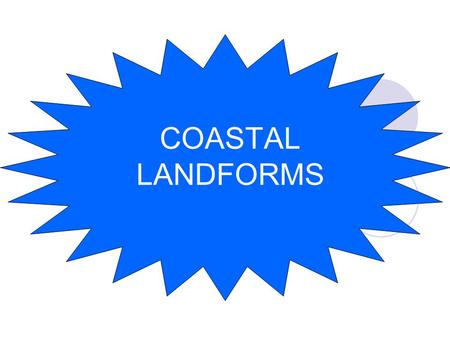 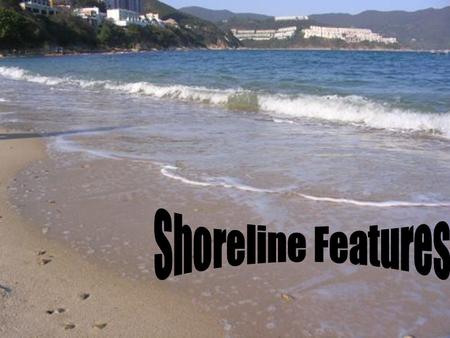 © Boardworks Ltd of 43 These icons indicate that teacher’s notes or useful web addresses are available in the Notes Page. This icon indicates that. 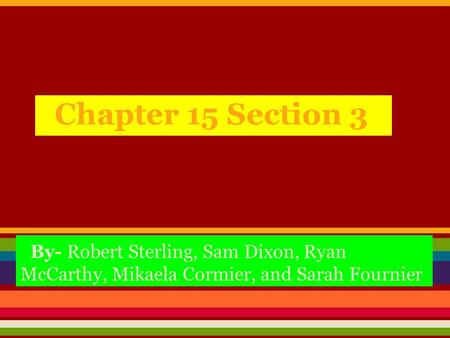 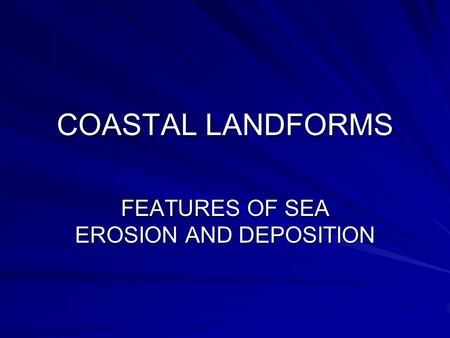 FEATURES OF SEA EROSION AND DEPOSITION 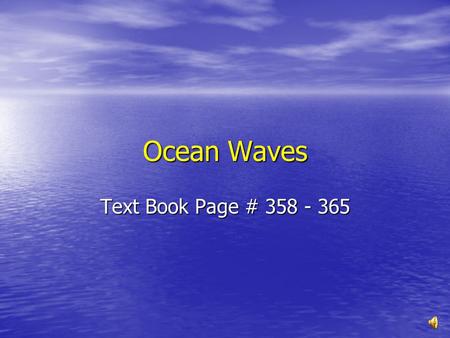 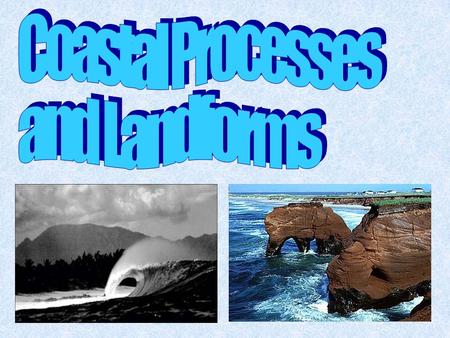 Coastal Processes and Landforms Erosional and depositional landforms of coastal areas are the result of the action of ocean waves. Erosional LandformsDepositional. 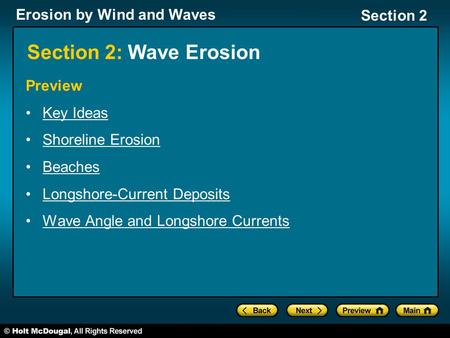 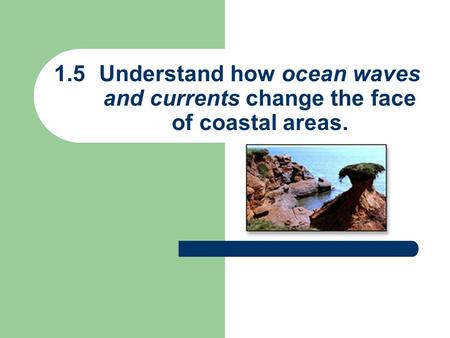 1.5Understand how ocean waves and currents change the face of coastal areas. 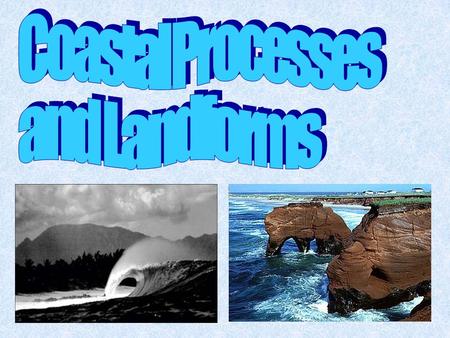