2 Morphology The main tagmata of this group are the prosoma and opisthosoma) The gnathostoma (capitulum) bears 3 structures that make up the mouthparts: the hypostome, a pair of chelicerae, and the pedipalps Mouthparts of the Acari are modified for specialized feeding

3 Morphology cont. Among ticks, the pedipalps grasp a skin, while the chelicerae cut through it; the hypostome is thrust into the wound and the teeth anchor the tick During feeding, the pedipalps either bend outward (soft ticks) as the chelicerae and hypostome penetrate the flesh or remain rigidly and intimately associated with the hypostome (hard ticks) during skin penetration; the pedipalps serve as counter-anchors while the tick is attached to the host Mites have small mouthparts and often feed on lymph and other secretions that are produced once the chelicerae bite the tissue; hypostome lacks teeth and therefore does not serve as an anchor Mite capitulum Tick capitulum

4 Morphology cont. Mites and ticks possess 3 pairs of walking legs as larvae and 4 pairs as nymphs and adults Leg is divided into 6 segments: coxa, trochanter, femur, tibia, pretarsus and tarsus (usually the tarsus terminates in a claw)

6 Order Ixodida - Ticks Three families are recognized:
F. Argasidae (soft ticks) – flexible, tough, bulbous bodies that obscure the mouthparts and most of the legs F. Nutalleidae – are rare African family consisting of a single species, which is somewhat intermediate between the soft ticks and the hard ticks F. Ixodidae (hard ticks) – which have a dorsal sclerotized plate (=scutum), and a conspicuous gnathostoma projecting in front of the body Argas Amblyoma americanum

7 Soft Tick Life Cycle Soft ticks are thought to be a more primitive group: they may have more than one larval stage and 2 or more nymphal stages Soft ticks are often nest parasites; they feed quickly and repeatedly on the same animals and usually return to their resting-place between meals

8 Hard Tick Life Cycle Hard ticks have a more rigid life cycle; they have a single larval and nymphal stage Most engorge 3 time during their life; unlike soft ticks, they remain attached to the host and feed and engorge for extended periods of time Typically a larva attacks one animal, attaches, engorges, leaves the animal, molts to the nymphal stage, attacks a second host, attaches, engorges, leaves that animal, molts to the adult stage, and attacks a third host Males copulate with females on the 3rd host but do not engorge Females attach for a few days, engorge and leave the host to lay a single clutch of eggs, after which they die

9 Hard Tick Life Cycle cont.
Most ticks are intermittent parasites of mammals, birds and reptiles; however, they usually demonstrate little host specificity When seeking a host, hard ticks usually climb on vegetation and adopt a posture known as “questing” Both sexes of ticks are blood-suckers, although adult males take little blood Before or during engorgement, the female hard tick is inseminated by the male; spermatophores are introduced into the vagina by the gnathostoma of the male Questing behavior

10 Tick-Borne Illnesses and Diseases
Pathogenesis attributable to ticks can be categorized as follows: Anemia. Blood loss due to heavy infections Dermatosis. Inflammation and itching from a tick bite; due to tick mouthparts, saliva, and bacterial infections Paralysis. Due to the realease of toxic secretions when persons are bitten at the base of the skull Otoacariasis. Infestation of the inner ear canal by ticks that causes irritation and sometimes secondary infection Infections. Ticks transmit viruses, bacteria, rickettsisa, protozoa, etc.

11 O. Mesostigmata These mites have a pair of respiratory spiracles, stigmata, that are located just behind and lateral to the 3rd coxa Extending anteriorly from each stigma is a tracheal trunk, peritreme The gnathosoma forms a tube surrounding the mouthparts; a bristlelike tritosternum is usually present just behind the gnathosoma The dorsum of adult usually has one or two sclerites called dorsal plates

13 O. Prostigmata Some spiracles near and associated with the gnathosoma; weakly sclerotized Include the chiggers from the F. Trombiculidae Chiggers are the parasitic larval stage of trombiculid mites, attacking mammals, birds, reptiles and amphibians; nymphs and the adults are predacious, feeding on small arthropods When chiggers feed on a vertebrate host, their salivary secretions harden in the skin to form a tube called a stylostome through which the fluids or digested tissues of the host pass Feeding of some chiggers, especially of the genus Eutrombicula, causes an intense irritation of the skin; scratching of the feeding sites produces sores that often become infected with bacteria

16 O. Orbatida These are beetle-like free-living mites
They live in the soil and the vegetation and are commonly ingested by sheep and other grazing animals They serve as intermediate hosts for some trematodes that run through sheep (e.g., Moniezia expansa) The beetle mite Oppia

17 O. Astigmata Lack a tracheal system with spiracles; respire through the tegument They lack tarsal claws; have sucker-like structures in their place The infestation of animals by mites is known as mange 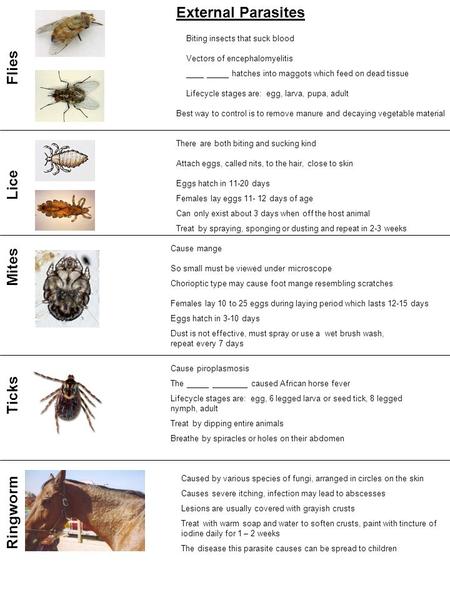 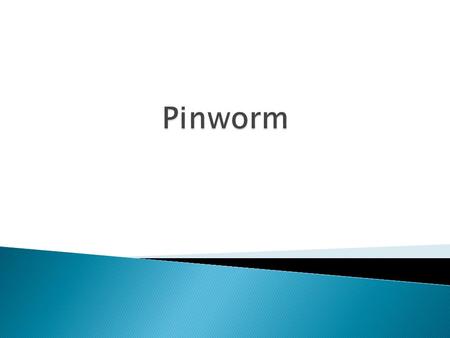 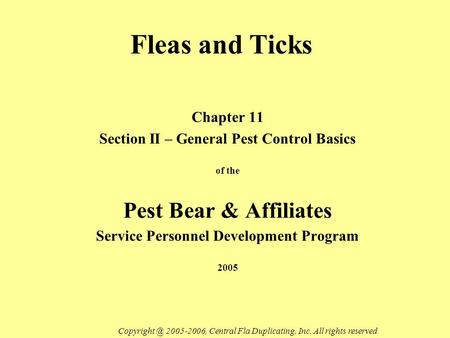 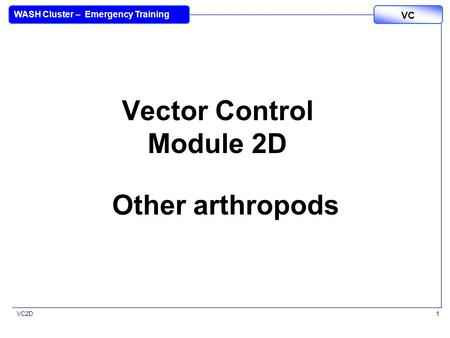 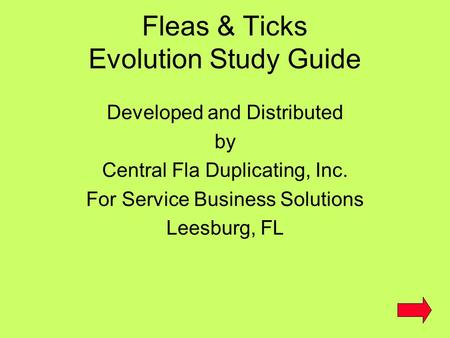 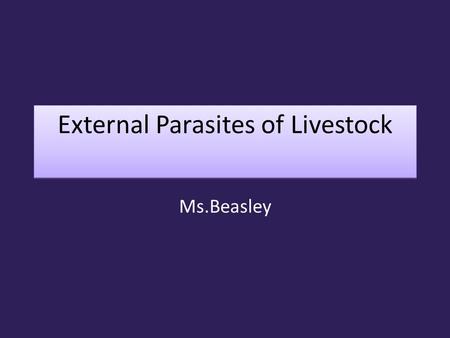 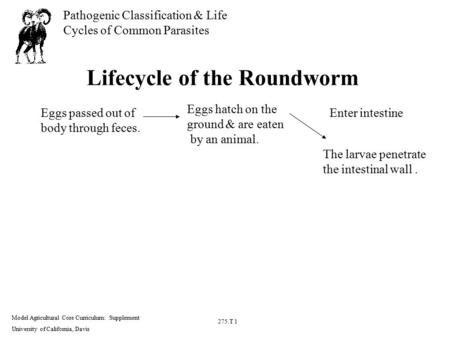 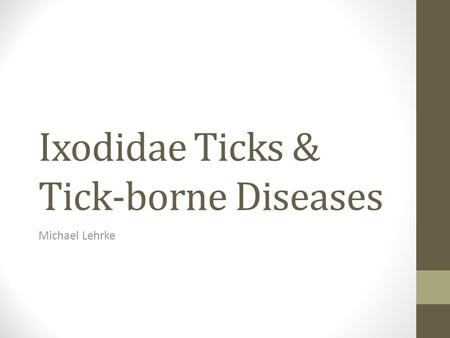 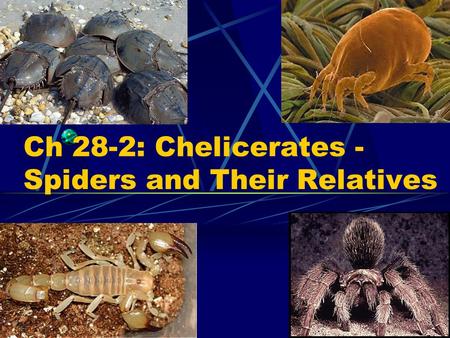 Ch 28-2: Chelicerates - Spiders and Their Relatives. 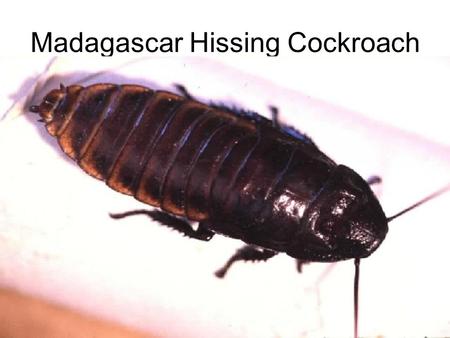 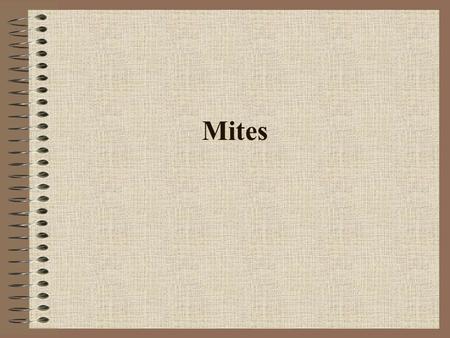 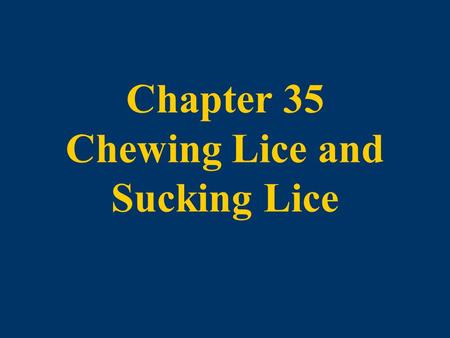 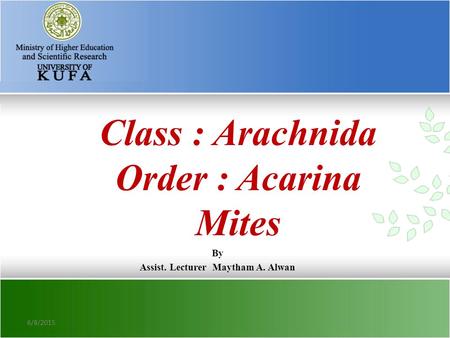 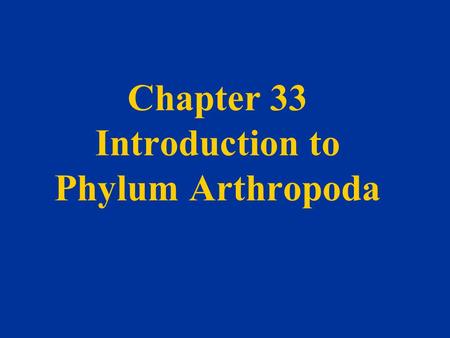 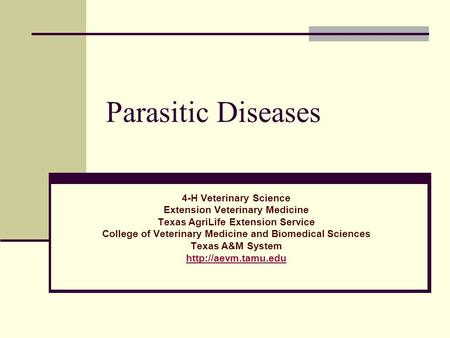 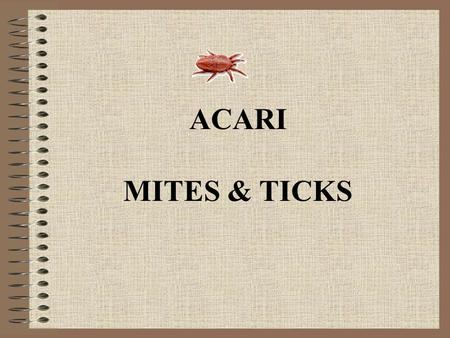 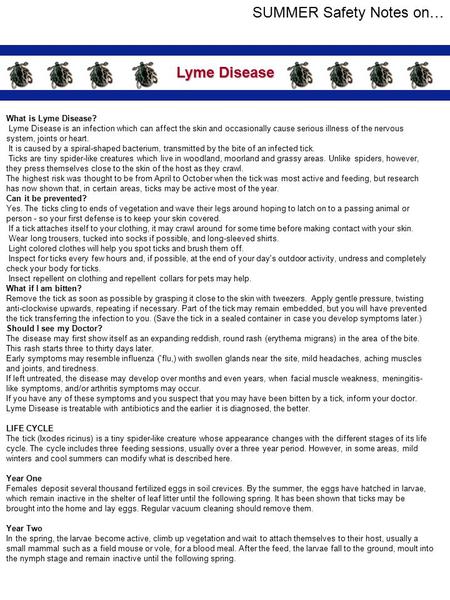 SUMMER Safety Notes on… Lyme Disease What is Lyme Disease? Lyme Disease is an infection which can affect the skin and occasionally cause serious illness. 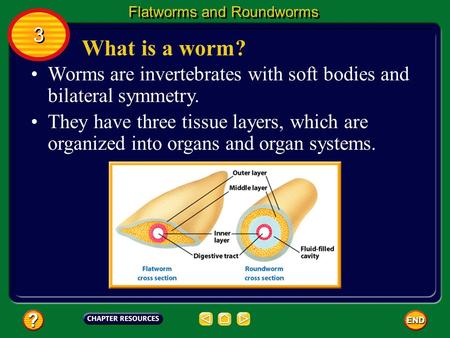 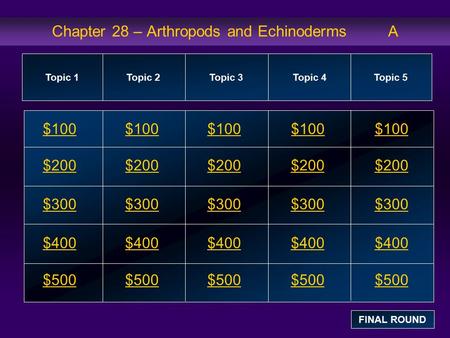 Chapter 28 – Arthropods and Echinoderms A 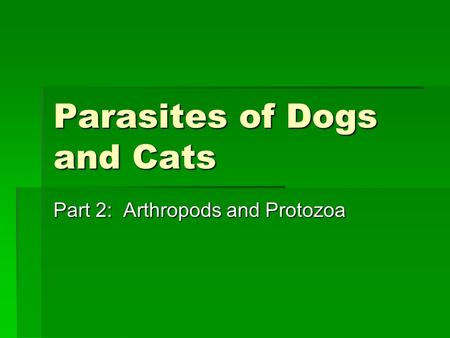 Parasites of Dogs and Cats Part 2: Arthropods and Protozoa.