5 Cis-acting transcriptional regulatory elements: Definitions (continued) Insulator 1.Creates independent functional domain without enhancement or activation function by blocking effects of surrounding positive or negative chromatin 2. Interrupts communication between a promoter and another regulatory element when placed between them Matrix attachment region (MAR) or scaffold attachment region (SAR) 1. DNA segment that may bind the nuclear scaffold 2. A DNA loop between two MARs may form an independent chromosomal domain 3. Has no enhancer activity

10 Synthesis of hemoglobin is coordinately regulated

15 The LCR and the globin genes bind common protein factors

21 Cellular Polarity Morphogen gradient A morphogen is a protein whose local concentration (or activity) causes the surrounding region to take up a particular structure or fate. Patterning Partitioning of the cell or embryo into “zones” destined to develop into different tissues or structures.

22 A series of events resulting from the initial asymmetry within the egg is translated into the control of gene expression so that specific regions of the egg acquire different properties. At the start of development, gradients are established in the egg along two axes, anterior-posterior and dorsal-ventral. Anterior (head) Posterior (tail) (underneath) (top)

25 Expressed during oogenesis by the mother. Act upon or within the maturing oocyte. Expressed after fertilization. Mutations in these genes alter the number or polarity of segments. Three groups of segmentation genes act sequentially to define increasingly smaller regions of the embryo. Control the identity of a segment, but do not affect the number, polarity or size of segments. Mutations in these genes cause one body part to develop the phenotype of another part.

26 Homeotic (Hox) Genes LabpbZenDfdScrAntp Ubx Abd-AAbd-B 3. Spatial colinearity – Hox gene order strictly corresponds to their expression domains along the body of the embryo. 1.Impose the program that determines the unique differentiation of each segment. 2.Complex loci found as gene clusters. 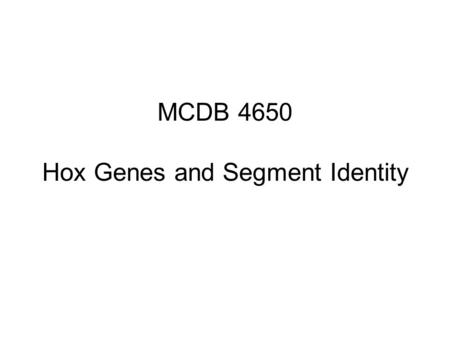 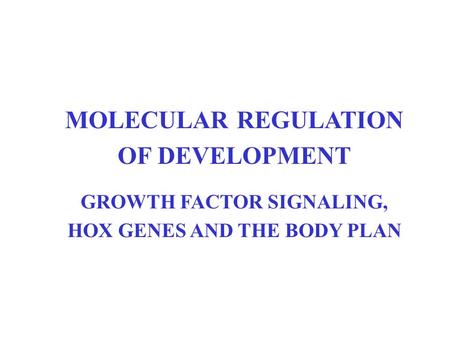 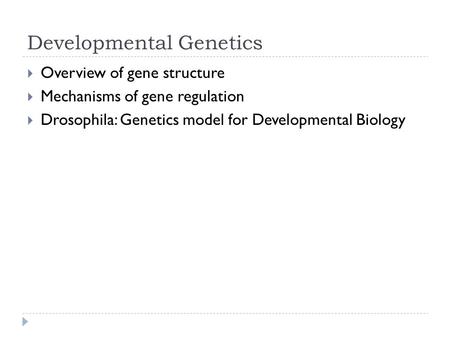 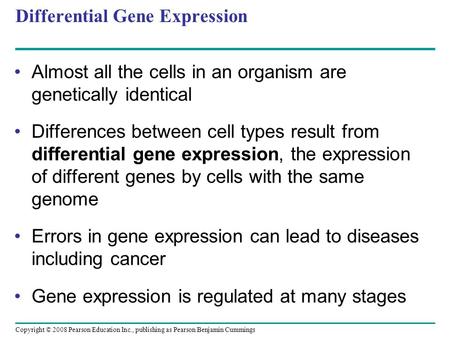 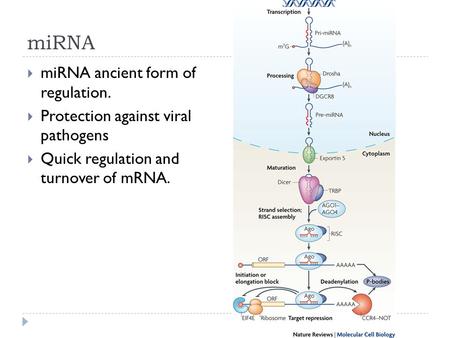 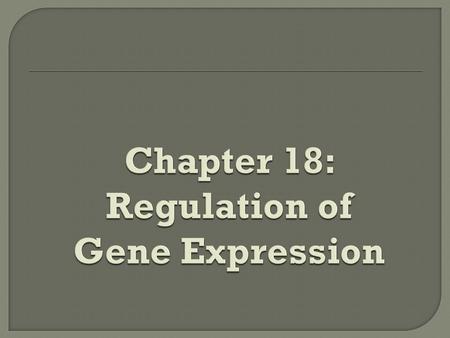  2.e.1 – Timing and coordination of specific events are necessary for the normal development of an organism, and these events are regulated by a variety. 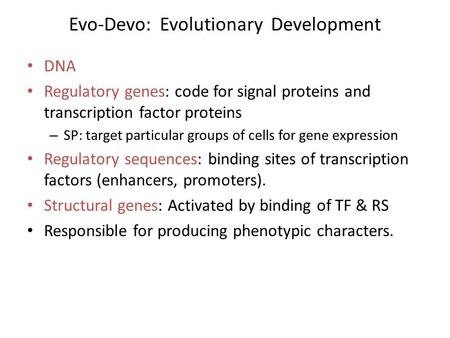 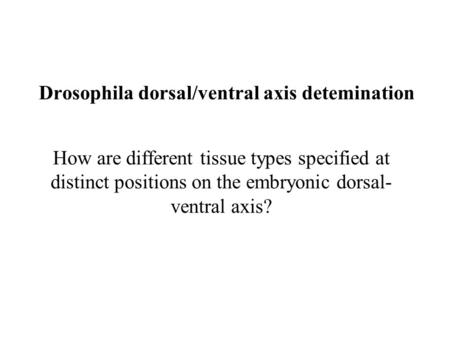 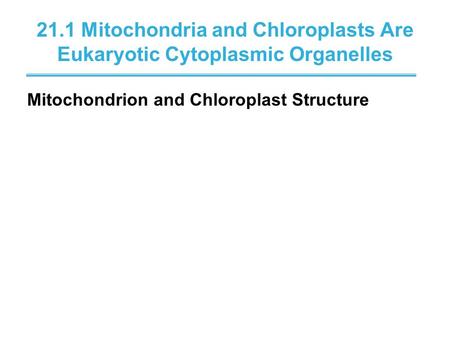 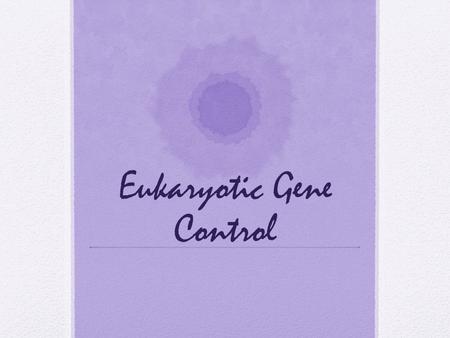 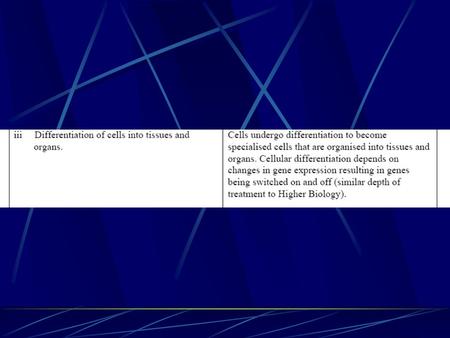 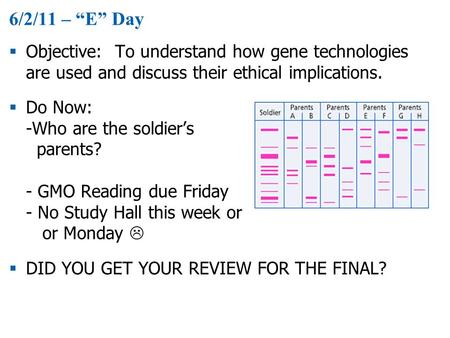