2 Aplastic anemia Aplastic anemia is a severe, life threatening syndrome in which production of erythrocytes, WBCs, and platlets has failed. Aplastic anemia may occur in all age groups and both genders. The disease is characterized by peripheral pancytopenia and accompanied by a hypocellular bone marrow.

4 Aplastic anemia Pathophysiology:
The primary defect is a reduction in or depletion of hematopoietic precursor stem cells This may be due to quantitative or qualitative damage to the pluripotential stem cell. In rare instances it is the result of abnormal hormonal stimulation of stem cell proliferation or the result of a defective bone marrow microenvironment or from cellular or humoral immunosuppression of hematopoiesis.

5 Aplastic anemia Etiology Acquired
Most cases of aplastic anemia are idiopathic Exposure to ionizing radiation – hematopoietic cells are especially susceptible to ionizing radiation. Whole body radiation of rads can completely wipe out the bone marrow. Chemical agents – include chemical agents with a benzene ring, chemotherapeutic agents, and certain insecticides. Idiosyncratic reactions to some commonly used drugs such as chloramphenicol or quinacrine.

6 Aplastic anemia Infections – viral and bacterial infections such as infectious mononucleosis, infectious hepatitis, cytomegalovirus infections, and miliary tuberculosis ;Pregnancy (rare) Paroxysmal nocturnal hemoglobinuria – this is a stem cell disease in which the membranes of RBCs, WBCs and platlets have an abnormality making them susceptible to complement mediated lysis. Other diseases – preleukemia and carcinoma

11 Pure Red Cell Aplasia Congenital
Diamond-Blackfan syndrome – occurs in young children and is progressive. It is probably due to an intrinsic or regulatory defect in the committed erythroid stem cell.

12 Other causes of Normocytic Normochromic Anemia
Myelopthesic anemia – replacement of bone marrow by fibrotic, granulomatous, or neoplastic cells Hypersplenism – why can this lead to pancytopenia? Severe Chronic infection or inflammation 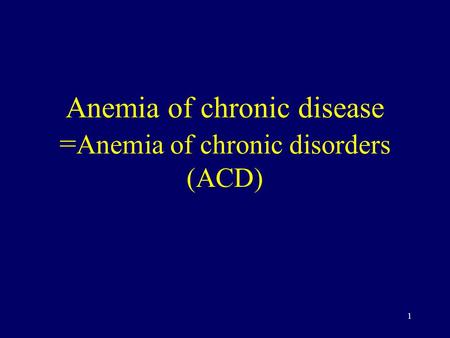 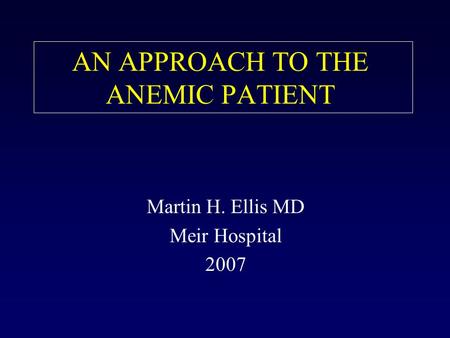 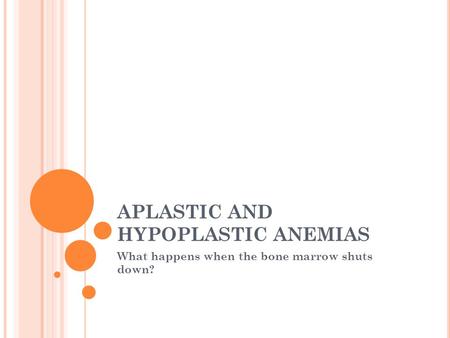 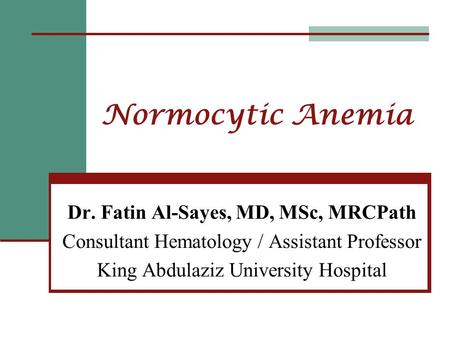 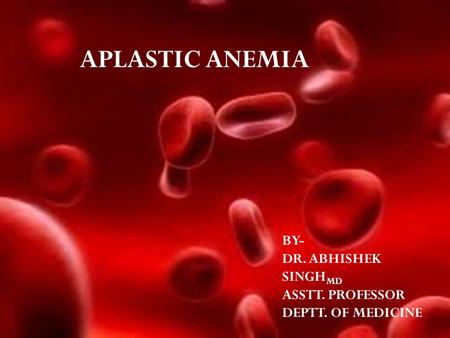 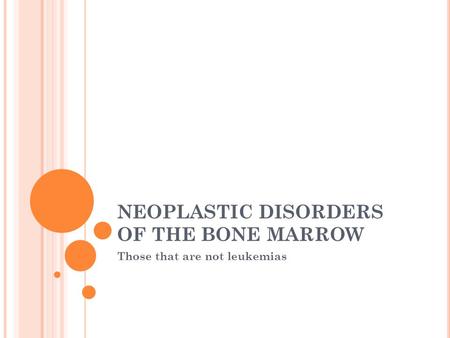 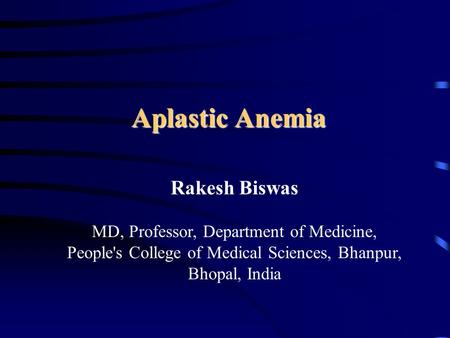 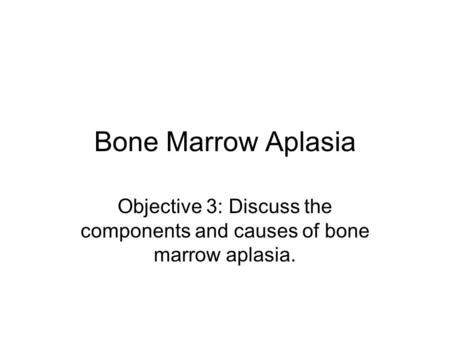 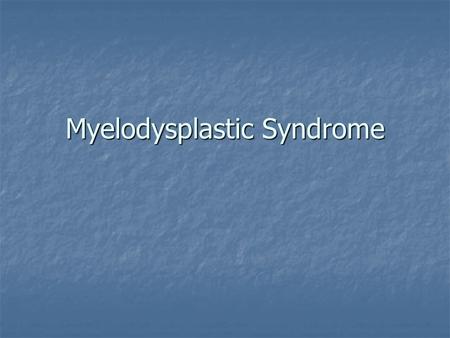 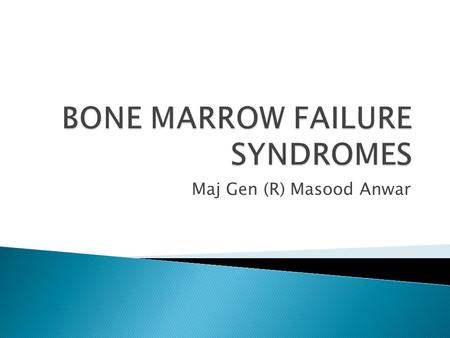 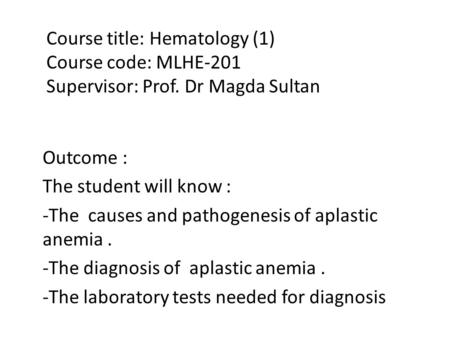 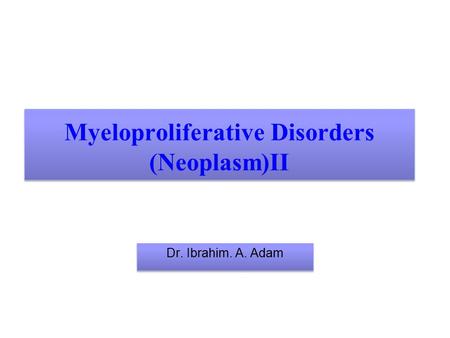 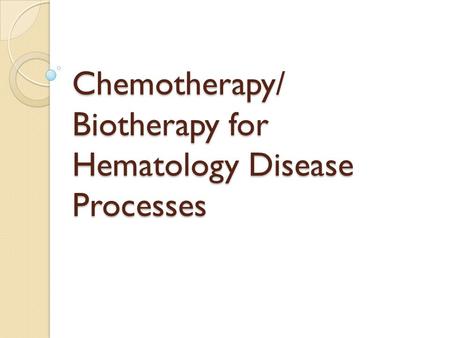 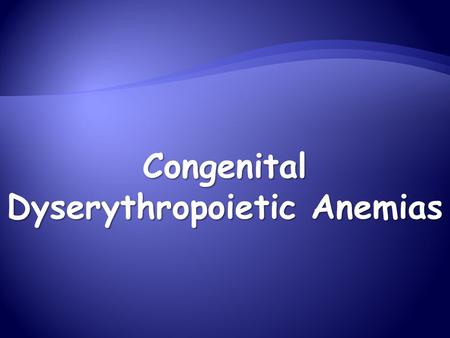 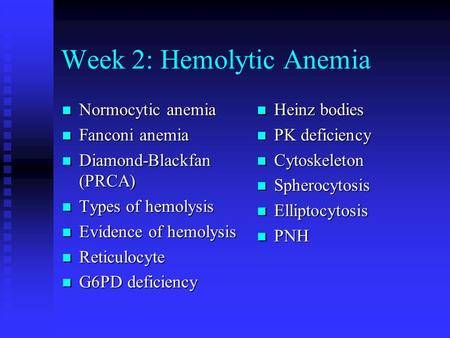 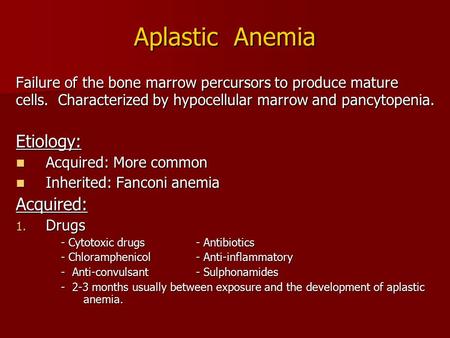 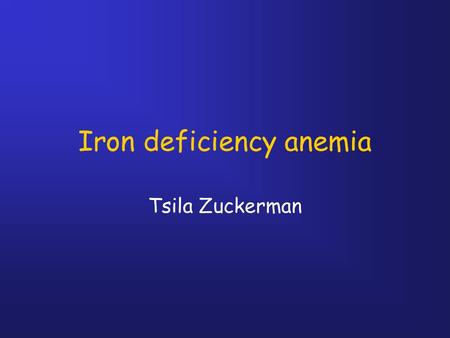