2 “No man ever spoke like this man!”
People initially addressed Jesus as “Rabbi” or teacher but his interpretations of scripture didn’t admit debate. “People’s Responses to Jesus” Comforter, wise teacher, Messiah Imposter, Arrogant Either way, He couldn’t be ignored Unlike the Raabis, Jesus taught on his own authority. Rabbi’s would read scripture, read what other Rabbis had said about it, then give his own interpretation. Jesus did NOT quote anyone, but spoke truth under his own authority. Authority: Lord, to whom shall we go? For you have the words of everlasting life.

6 In Baptism we are “born from above” by water and the Spirit
Baptism is the entry into the Kingdom of God. John 3:4-5 Nicodemus the Pharisee “Rabbi, we know you are a teacher from God, for no one can do these signs that you’re doing unless God were with him. This is a reference to Baptism. Nicodemus had trouble understanding. Nicodemus the Pharisee couldn’t dismiss Jesus, His teachings of signs. He later defended Jesus after his execution and identified himself as one of Jesus’ disciples. Nic: Was a prominent Pharisee Addressed Christ humbly calling him teaher of rabbi Two meanings of ANEW – means again or from above How did Nic misunderstand Jesus initially? What did Christ actually mean? What effect did meeting Christ have on Nic? Born from Above: Truly, truly, I say to you, unless one is born anew, he cannot see the Kingdom of God. (Jn 3:3)

8 To be holy, one must obey not just the letter of the Law but the spirit behind it; the Spirit of the New Law is the Holy Spirit, who shows love and mercy to every person without qualification, illustrated by the Parable of the Good Samaritan. The New Law elevates and orients the Old Law toward the Kingdom of God by proclaiming the poor, sorrowful, humble, and persecuted will be first and the rich and proud will be last. What is the relationship between obeying the spirit of the Law and conversion of heart? Obeying the spirit of the Law means discerning what is in the heart of the Law—what the Law really intends—and conforming an action to its intention. In order to be attentive to the true intention of a law, one needs a new, or converted, heart: one that is humble, forgiving, pure, and prayerful. What two Commandments sum up the Old Law? Love God with your whole heart and your neighbor as yourself (cf. Mt 22:37–39). Why did the lawyer ask, “Who is my neighbor?” (Lk 12:29)? He wanted to know the letter of the Law, i.e., exactly which people he had to love and which people he could ignore or even hate. The New Law and the Old Law: Do not think that I came to abolish the Law or the Prophets; I did not come to abolish but to fulfill. (Mt 5:17)

9 In the Parable of the Good Samaritan, why did the priest and the Levite avoid the man who had fallen among robbers? The man looked dead, and touching a dead body would have made them ritually unclean. What was the essence of the Old Law according to Micah? The essence of the Old Law was justice, kindness, and humility before God. What was Christ’s answer to the lawyer’s original question, “Who is my neighbor?” (Lk 12:29)? Since Christ had told him to go and do as the Samaritan had done, the answer clearly included every person in need. The New Law: …even the Son of Man came not to be served, but to serve, and to give his life as ransom for many. (Mt 20: 27-28)

10 Journal about the Spirit of the New Law of Love.
What do you think?

12 Read Matthew 5:3-12 and write a short parable illustrating one of those teachings.
The sermon on the mount

13 The New Law commands: Love of enemies Unconditional forgiveness Practice mercy towards others Pray without ceasing Receive the true Body and Blood of Christ in the Eucharist Christ’s New Law commands love of enemies and unconditional forgiveness of those who offend, which is an imitation of God’s love. God gives grace—even though no one deserves it—because he loves as a Father loves his children; people must go beyond strict justice to practice mercy toward others. People are to pray without ceasing, confident God will hear them; the Lord’s Prayer is the model of prayer. Christ is the Bread of Life; in the Eucharist, the People of God receive the true Body and Blood of Christ. Characteristics of the New Law: But I say to you, love your enemies and pray for those who persecute you, that you may be children of your heavenly father. (Mt. 5:44)

16 God’s grace Is undeserved.
“The New Law is the grace of the Holy Spirit received by faith in Christ, operating through charity. It finds expression above all in the Lord’s Sermon on the Mount and uses the sacraments to communicate grace to us.” CCC1983 We must overcome the human desire for strict justice in order to understand God’s grace and mercy. Loves us like a father loves his children. In the Parable of the Prodigal Son, what did the younger brother do? He took his share of his father’s wealth, went to a Gentile land, and squandered it on wild living. Why did the younger brother return home? He was without money and hungry and reasoned, if he could work as a servant in his father’s house, he would be better off than he was. How did their father respond to the younger son’s return? He was overjoyed, accepted his son back, and prepared a celebration How did the older brother respond to their father’s forgiveness? He resented it. He complained he had been a faithful son yet his father had never given him a feast with his friends. Why is it wrong not to want others to receive God’s blessings? God goes beyond strict justice to give his grace and extend his mercy to all people. Every person is wholly undeserving of divine grace and mercy. What does the Parable of the Prodigal Son reveal about how God loves? God loves every person the way a good father loves his children, even when they do the exact opposite of what they ought. The Prodigal Son: But now we must celebrate and rejoice, because your brother was dead and has come to life again; he was lost and has been found. (LK 15:32)

19 The Lord’s Prayer Mt 6:9-13 The given order of prayer: Glory to God, ask for his will in all circumstances, petition for needs. The New Law: Pray without ceasing:  And whatever you ask in prayer, you will receive, if you have faith. (Mt 21:22)

20 Jesus is the Bread of Life
Jesus’ disciples did not understand what Jesus meant when he said, “I am the bread of life.” He had to explain it and become more specific each time. Jn 6:35 Jn 6:51 Jn 6:53-58 The teaching was so shocking and challenging that many followers left him. Jn 6:67-69 They recognized what Jesus meant at the Last Supper. This is why the Eucharist is the source and summit of the life of the Church. It provides us with the grace and salvation that He promised.

21 What is the relationship between obeying the spirit of the Law and conversion of heart?
What 2 commandments sum up the New Law? Why did the lawyer as “Who is my neighbor?” in Luke? 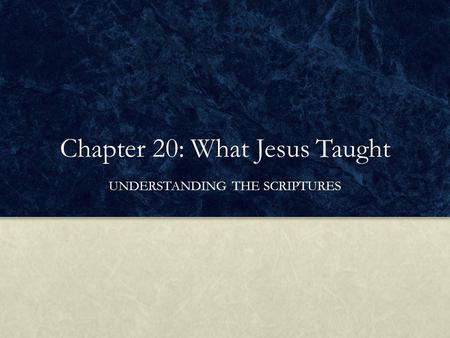 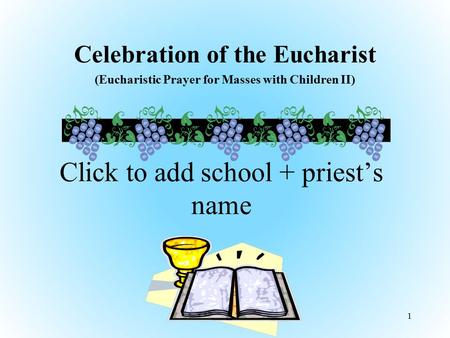 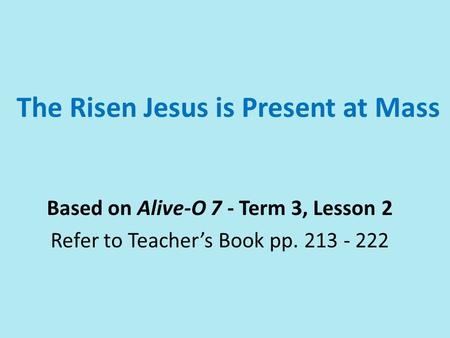 The Risen Jesus is Present at Mass 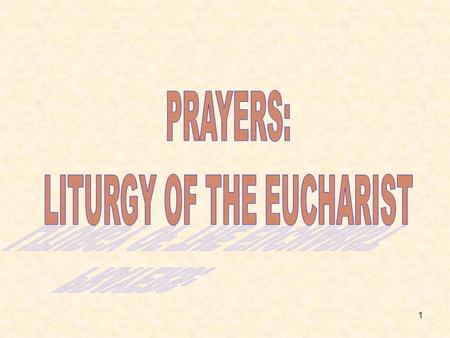 1. 2 INTRODUCTORY RITES: ENTRANCE HYMN: TBA Priest: In the name of the Father, and of the Son and of the Holy Spirit. People: Amen Priest: Greeting … 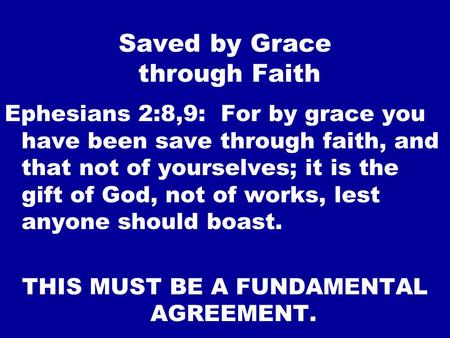 Saved by Grace through Faith Ephesians 2:8,9: For by grace you have been save through faith, and that not of yourselves; it is the gift of God, not of. 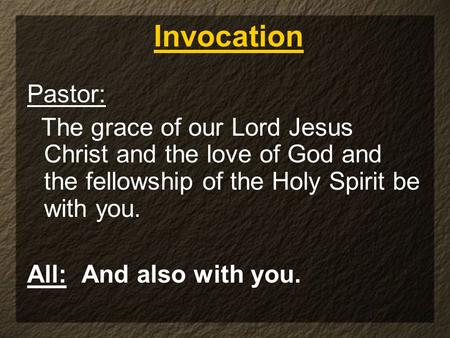 Pastor: The grace of our Lord Jesus Christ and the love of God and the fellowship of the Holy Spirit be with you. All: And also with you. Invocation. 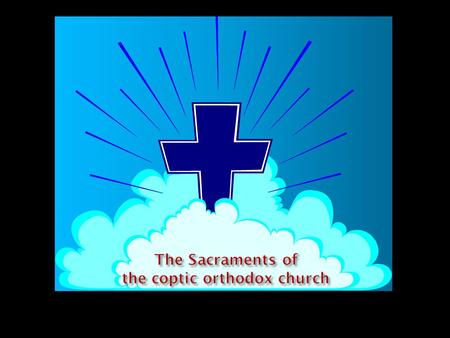 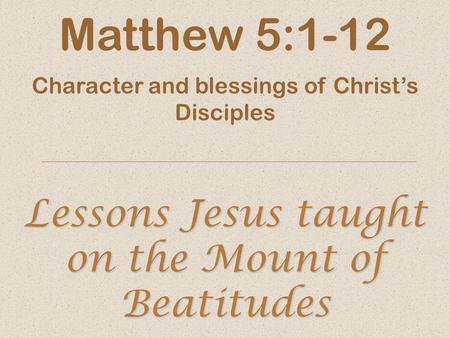 Lessons Jesus taught on the Mount of Beatitudes Matthew 5:1-12 Character and blessings of Christ’s Disciples. 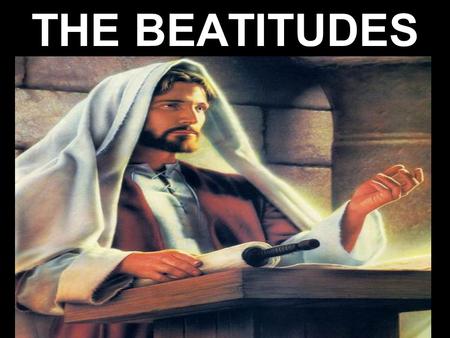 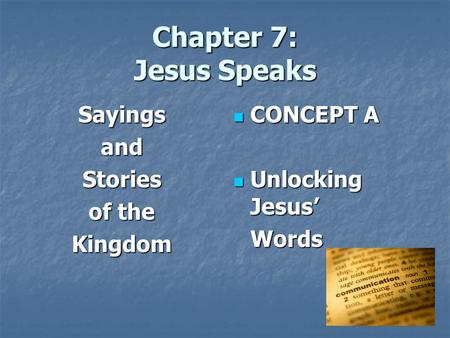 Matthew 5:1-4. And seeing the multitudes, He went up on a mountain, and when He was seated His disciples came to Him. Then He opened His mouth and taught. 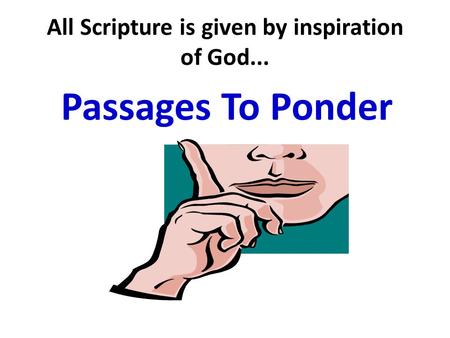 All Scripture is given by inspiration of God... Passages To Ponder. 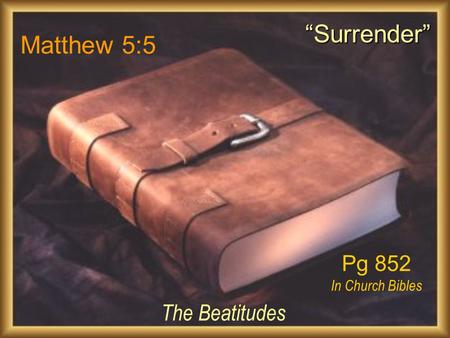 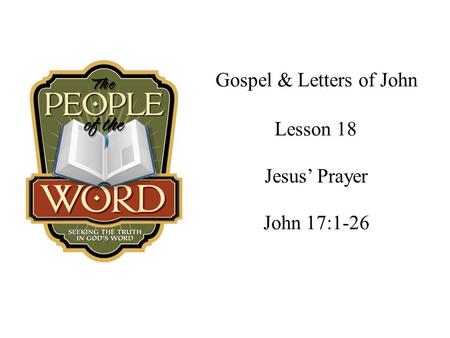 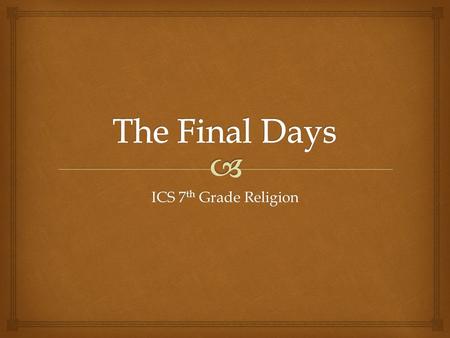 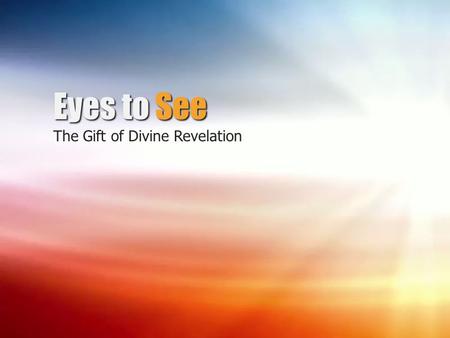 The Gift of Divine Revelation 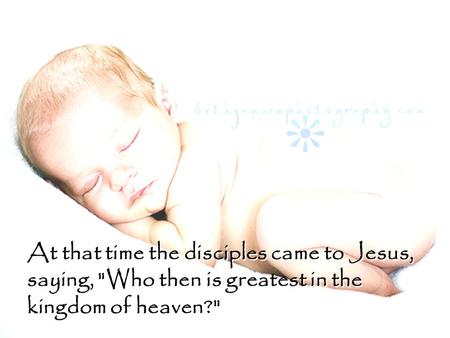 HOW DO WE “BECOME AS LITTLE CHILDREN”? 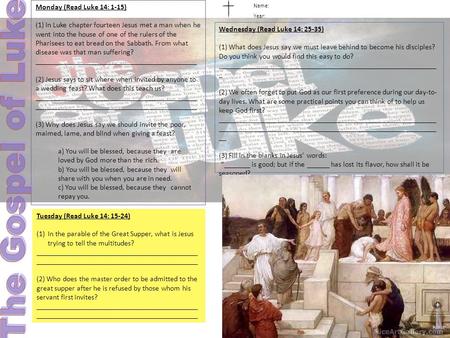 Name: Year: Monday (Read Luke 14: 1-15) (1) In Luke chapter fourteen Jesus met a man when he went into the house of one of the rulers of the Pharisees.