4 Appearance of a jellyfish

7 Capturing Prey LET’S EAT!!! cnidarians are carnivores (eat meat) that use tentacles arranged in a ring around their mouth to capture prey when a “trigger” is stimulated on a stinging cell called the cnidocyte, a harpoon or nematocyst shoots out & injects poison into the prey

10 Digestion (cont.) food is pushed into the gastrovascular cavity where digestion begins (extracellular digestion) then food is passed to food vacuoles of gastrodermis undigested remains leave through the mouth/anus

14 Reproduction Asexual – budding- formation of outgrowths that pinch off from parent to live independently Sexual- forms a zygote and free swimming planula that settles on ocean floor; usually have separate sexes (male & female species) but some hermaphrodites do exist *MOST ALTERNATE B/W POLYP & MEDUSA LIFE FORM 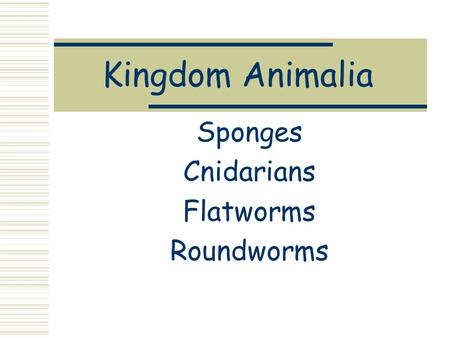 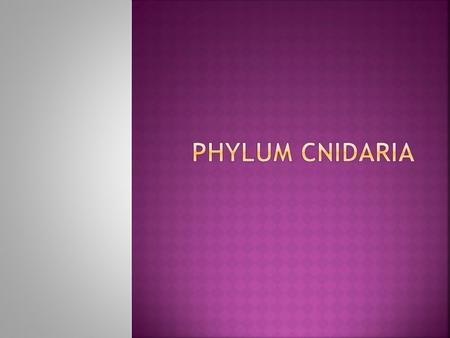 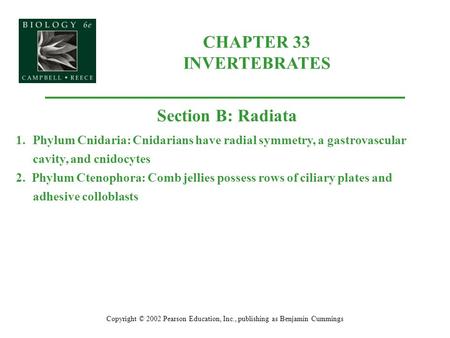 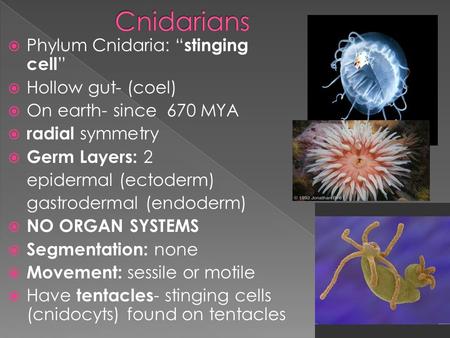 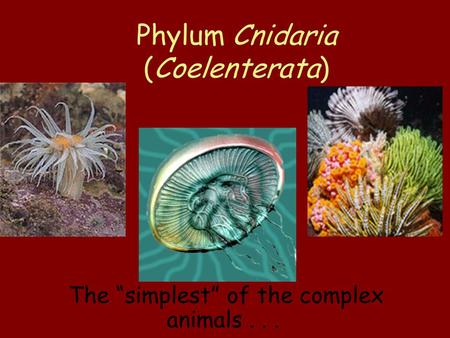 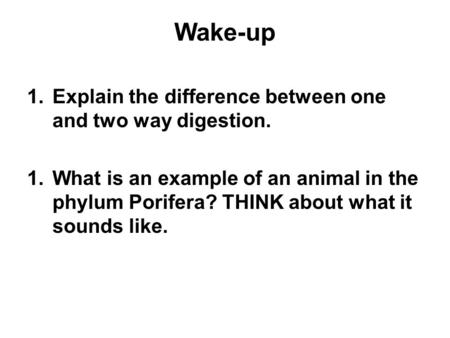 Wake-up 1.Explain the difference between one and two way digestion. 1.What is an example of an animal in the phylum Porifera? THINK about what it sounds.