2 Directions : Define the following terms. 1. Magma chamber1. Magma collects in a pocket beneath a volcano 2. pipe2. A long tube through which magma moves from the chamber to the surface. 3. vent3. An opening through which molten rock and gas leave a volcano. 4. Lava flow4. The area covered by lava as it pours out of a volcano’s vent 5. crater5. A bowl shaped area that forms around a volcano’s central opening.

5 Directions: Which does the following describe? Pahoehoe or aa 10. Looks like a solid mass of ropelike coils 10. Pahoehoe 11. Rough surface of jagged lava chunks 11. Aa 12. Forms from fast moving, hot lava that is thin and runny 12. Pahoehoe 13. Cooler and thicker13. Aa

7 14. A volcano erupts explosively if its magma is high in silica. High-silica magma is _________ and _____________. 15. Explain what happens during an explosive eruption. *Magma builds up in a volcano’s pipe, plugging it. *Dissolved gases, water vapor cannot escape from the thick magma *Trapped gases build up pressure

9 Directions: Describe what the sizes are during the explosive eruptions. Volcanic AshSmallest pieces: fine, rocky particles that are as small as a speck of dust CindersPebble sized particles BombsLarger pieces: can range from the size of a gold ball to the size of a car

10 18. How does an explosive eruption produce pyroclastic flow? Thick, sticky lava builds up in a volcano’s pipe and plugs it. The trapped gasses build up pressure until they explode. The erupting gases force the magma out with great force which breaks the lava into fragments that quickly cool and harden in different sizes.

12 22. Name some warning signs that may signify a volcanic eruption may happen. *Tiltmeters: Detect the slight surface changes in elevation and tilt caused by magna moving underground *Monitor gases escaping from a volcano *Monitor small earthquakes that occur around a volcano before an eruption *Rising temperatures in underground water 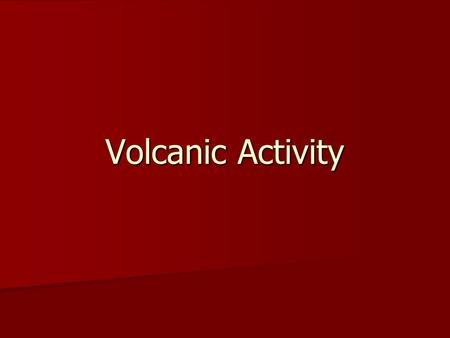 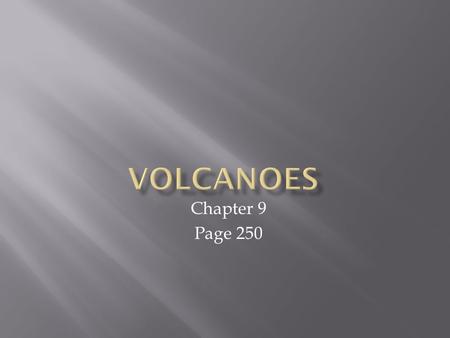 Chapter 9 Page 250.  Create a labeled drawing that illustrates what happens when a volcano erupts. 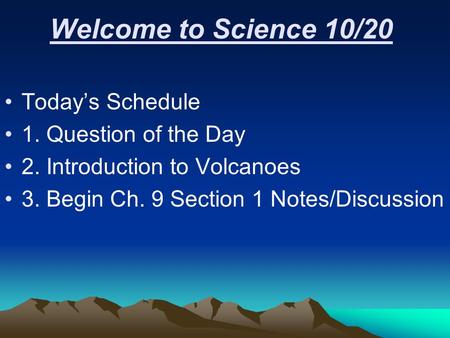 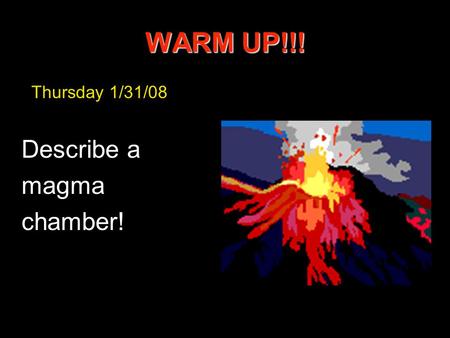 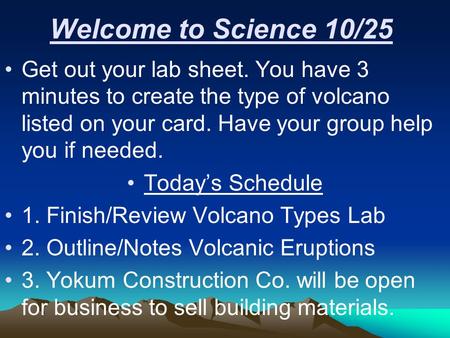 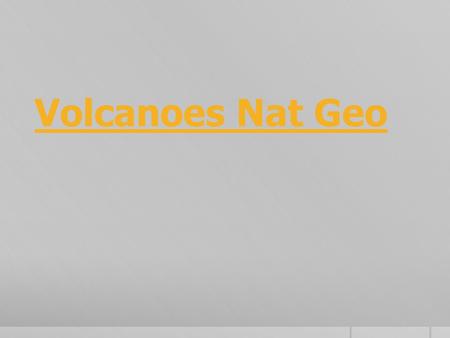 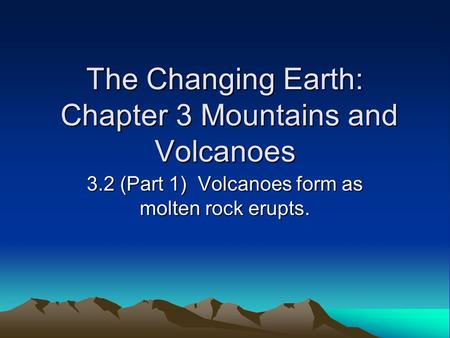 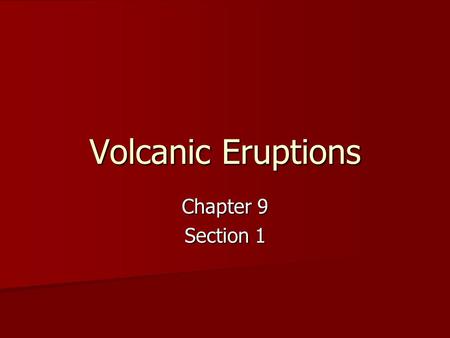