7 Figure 6-6 Ion exchange chromatography using stepwise elution.
The tan region of the column represents the ion exchannger and colored bands various proteins. The protein mixture is bound to the topmost portionof the ion exchanger in the chromatography column. as the elution progresses the varouse proteins separate into discrete bands as a consequence of their different affinities for the ion exchanger under the prevailing solution conditions. Here the first band of protein (red) has passed through the column and is being isolated as a separate fraction, whereas the other, less mobile, bands remain near the top of the column. the salt concentration in the elution buffer i9s increased to increase the mobility of and thus elute the remaining bands. The elution diagramm of the protein mixture. Page 134

14 Gel filtration chromatography
flow Some proteins are small enough to also enter the molecular holes of the gel bead. Other proteins are too large to enter the holes and pass by the gel bead. The concept is of Reverse Sieve, since a normal sieve retains large and passes small particles. In gel filtration the larger proteins elute first, medim sized ones next and fijnally the smallest elute last.

19 Gel filtration chromatography
The molecular mass of the smallest molecule unable to penetrate the pores of the gel is at the exclusion limit. The exclusion limit is a function of molecular shape, since elongated molecules are less likely to penetrate a gel pore than other shapes. Behavior of the molecule on the gel can be quantitatively characterized. Total bed volume of the column Vt = Vx + V0 Vx = volume occupied by gel beads V0 = volume of solvent space surrounding gel; Typically 35%

20 Gel filtration chromatography
Elution volume (Ve) is the volume of a solvent required to elute a given solute from the column after it has first contacted the gel. Relative elution volume (Ve/V0) is the behavior of a particular solute on a given gel that is independent of the size of the column. This effectually means that molecules with molecular masses ranging below the exclusion limit of a gel will elute from a gel in the order of their molecular masses with the largest eluting first.

24 Gel filtration chromatography
Elution volume (Ve) is the volume of a solvent required to elute a given solute from the column after it has first contacted the gel. Relative elution volume (Ve/V0) is the behavior of a particular solute on a given gel that is independent of the size of the column. This effectually means that molecules with molecular masses ranging below the exclusion limit of a gel will elute from a gel in the order of their molecular masses with the largest eluting first.

25 Affinity chromatography
Many proteins can bind specific molecules very tightly but noncovalently. We can use this to our advantage with affinity chromatography. Glucose (small dark blue molecule) binding to hexokinase. The enzyme acts like a jaw and clamps down on the substrate (glucose)

29 Affinity chromatography
To remove the protein of interest from the column, you can elute with a solution of a compound with higher affinity than the ligand (competitive) You can change the pH, ionic strength and/or temperature so that the protein-ligand complex is no longer stable.

30 Immunoaffinity chromatography
Monoclonal antibodies can be attached to the column material. The column only binds the protein against which the antibody has been raised. 10,000-fold purification in a single step! Disadvantges Difficult to produce monoclonal antibodies (expensive $$!) Harsh conditions to elute the bound protein

32 Other chromatographic methods
Paper chromatography - separation of small polar molecules. Mostly used to separate amino acids, oligopeptides. Historically the first chromatography but not really used today. However, principles of its use are useful to know. Rates of migration of the substances are determined by relative solubilities in the polar stationary phase (paper) and the nonpolar mobile phase A given solute is distributed between the mobile and stationary phases according to its partition coefficient concentration in stationary phase Kp = concentration in mobile phase Molecules are separated according to their polarities, with nonpolar molecules moving faster than polar molecules

33 Other chromatographic methods
After the solvent has migrated an appropriate distance, the chromatogram is removed from the solvent and dried. If not colored, the separated materials can be detected by radioactivity, fluroescence, etc. The migration rate of the substance is expressed by the following ratio: Each substance has a characteristic Rf value for a given solvent and paper type. Reverse-phase chromatography (RPC)- separates nonpolar substances including denatured proteins. Form of liquid-liquid partition chromatography in which the polar character of the phases is reversed relative to paper chromatography. Stationary phase is nonpolar and the mobile phase is a more polar liquid. Used to separate lipids but can also be used for proteins. Solvent must be highly nonpolar usually high concentration of organic solvent (acetonitrile) so it denatures proteins so that the hydrophobic cores can interact with the matrix. Rf = Distance traveled by substance Distance traveled by solvent front

34 Other chromatographic methods
Hydrophobic interaction chromatography (HIC)- the stationary phase is hydrophillic (agarose gel) with substituted hydrophobic groups. Interactions with column are relatively weak and can be used for the separation of native proteins (not denatured), so proteins are separated based on surface hydrophobicity. High performance liquid chromatography (HPLC)- may be based on adsorption, ion exchange, size exclusion, HIC or RPC but is improved because of the noncompressible matrix. Can be made of silica and withstand very high pressures (up to 5000 psi) so flow rates can be very high. Advantages of HPLC High resolution Fast High sensitivity Can be easily automated

35 Dialysis Dialysis-a process that separates molecules according to size through the use of semipermeable membranes containing pores of less than macromolecular dimensions. Pores in the membrane allow solvents, salts and small metabolites to diffuse across but block larger molecules. Cellophane (cellulose acetate) most commonly used dialysis material. Usually used to change the solvent in which the protein is dissolved in. Can also be used to concentrate a protein solution by placement in a polymeric dessicant (PEG) which cannot go through the membrane but absorbs water through the membrane.

36 Figure 6-11 Use of dialysis to separate small and large molecules.
Page 139

38 Electrophoresis The migration of ions in an electric field to separate molecules. Many forms of electrophoresis-we will focus on polyacrylamide gel electrophoresis (PAGE). PAGE techniques are often used determine the purity of proteins. Polymerization of acrylamide and N,N, methylenebisacrylamide to form a cross linked polyacrylamide gel. The polymerization is induced by free radicals resulting from the deocomposition of ammonium persulfate. Often we add TEMED a free radical stabilizer to the gel mixture. The physical properties of the gel are controlled by the proportion of pollyacrylamide in the gel and degree of cross-linking. The most commonly used concentrations are from % with TEMED at about 5% of the total polyacrylamide present.

41 Sodium dodecyl sulfate (SDS-PAGE)
Native protein Native protein is unfolded by heating in the presence of -mercaptoethanol and SDS. SDS binds to the protein so that it stays in solution and denatures. Large polypeptides bind more SDS than small polypeptides, so proteins end up with negative charge in relation to their size. Thus, we can separate the proteins based on their mass. Heat + Reductant SDS - - - - C - - - - - - - - - N - - - - Denatured protein with bound SDS

43 Figure 6-25 Logarithmic relationship between the molecular mass of a protein and its relative electrophoretic mobility in SDS-PAGE. Page 149

45 Isoelectric focusing For looking at proteins without charge, proteins can be treated with 6M urea (denatures but unlike SDS does not put charges on a protein). Thus, a mixture of proteins can be electrophoresed through a solution having a a stable pH gradient in from the anode to the cathode and a each protein will migrate to the position in the pH gradient according to its isoelectric point. This is called isoelectric focusing. Ampholytes (amphoteric electrolytes)-low molecular mass ( D) ooligomers with aliphatic amino and carboxylic acid groups with a range of isoelectric points. Ampholytes help maintain the pH gradiennt in the presence of high voltage. Can also use gels with immobilized pH gradients -made of acrylamide derivatives that are covalently linked to ampholytes. Used with a gradient maker to ensure continuously varied mixture when the gel is made.

47 Isoelectric focusing 2D-gel electrophoresis is an invalubale tool for proteomics. Proteome (like genome) is the total number of all proteins expressed by a cell or organism, but with an emphasis on their quantitation, localization, modifications, interactions, and activities, as well as their identification. Individual protein bands froma stained gel can be cut out of a gel, destained, and and the protein can be eluted from the gel fragment for identification and characterization using mass spec.

51 Crystallization Azurin from Pseudomonas aeruginosa
Flavodoxin from Desulfovibrion vulgaris rubredoxin from Clostridium sp. Azidomet myohemerythrin form the marine worm Siphonosoma funafuti Lamprey hemoglovin bacterochlorophyll a protein from Prostechochloris aestuarii. The proteins are colored because of their associated chromophores (light absorbing groups). Proteins are colorless in the absence of such bound groups. Page 133

52 Crystallization Crystallization of proteins-difficult.
Protein must be homogeneous (e.g. pure) Supersaturated solution prepared (10 mg/ml) and allowed to stand until crystals form. Use x-ray diffraction to observe the bonds that hold the 3-D shape of the protein. 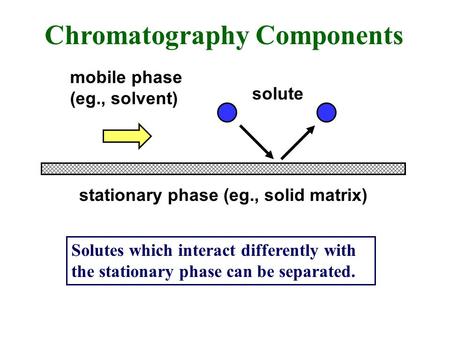 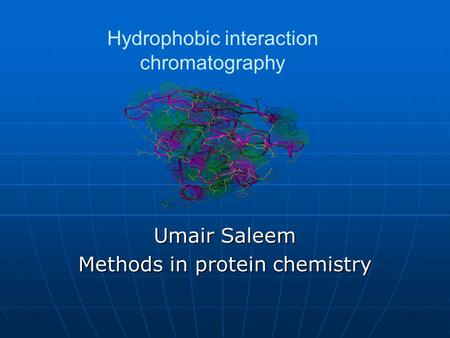 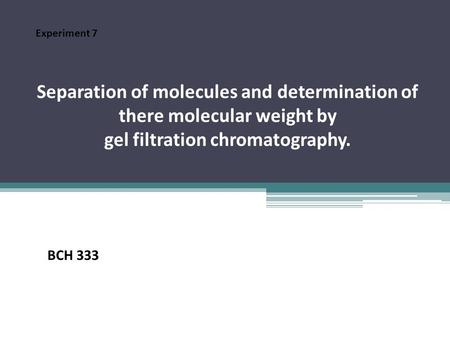 Separation of molecules and determination of there molecular weight by gel filtration chromatography. Experiment 7 BCH 333. 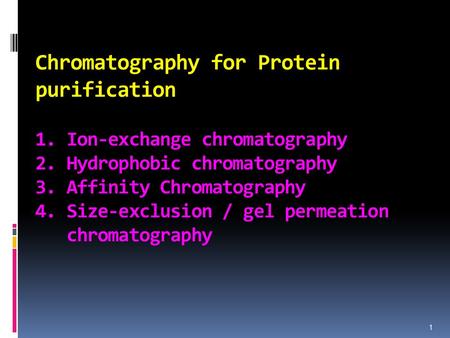 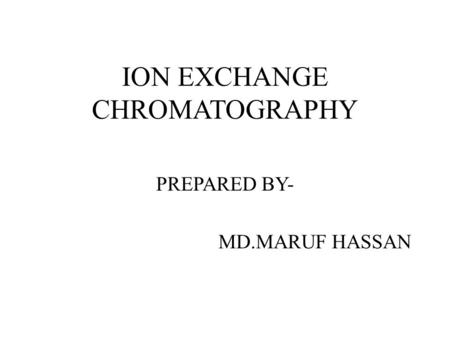 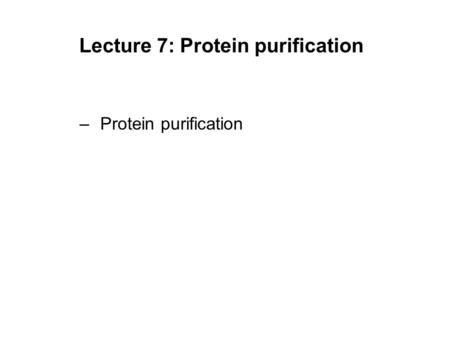 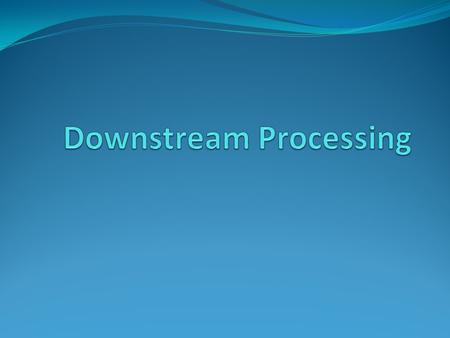 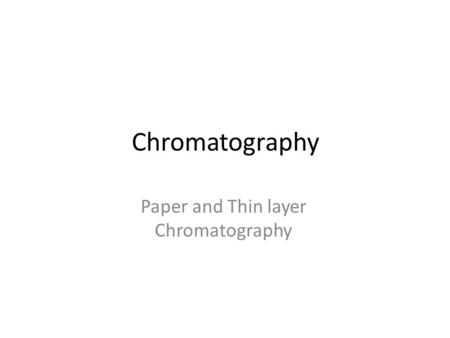 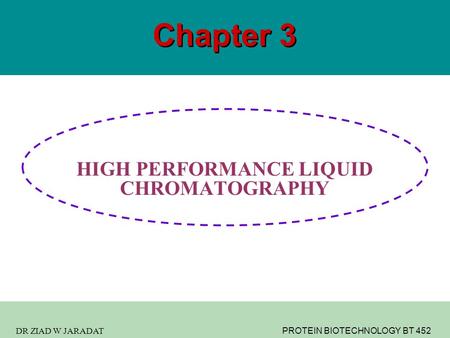 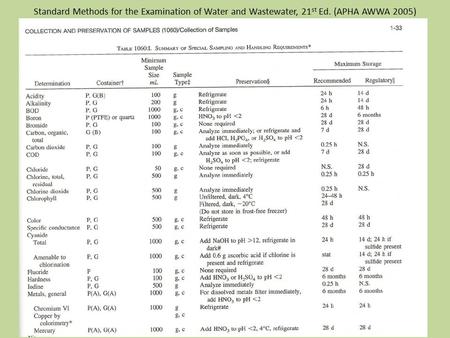 Standard Methods for the Examination of Water and Wastewater, 21st Ed 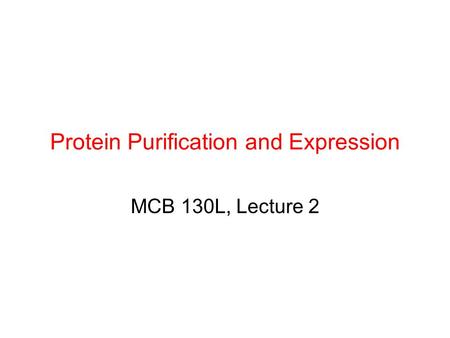 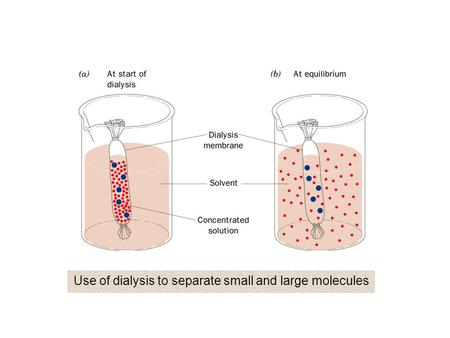 Use of dialysis to separate small and large molecules. 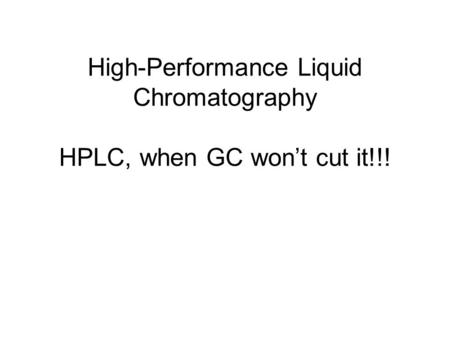 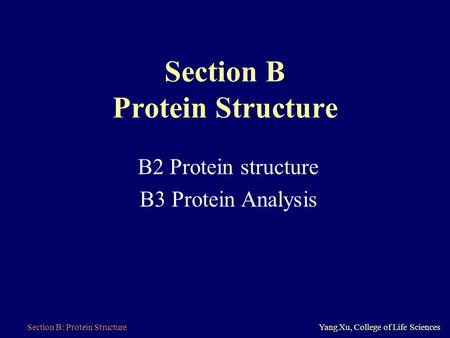 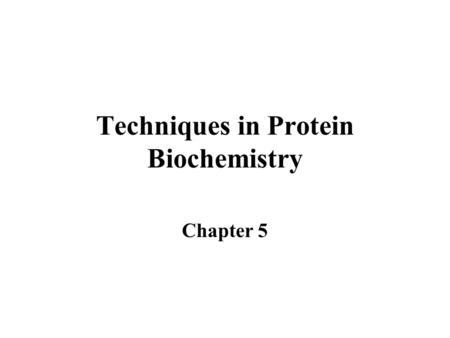 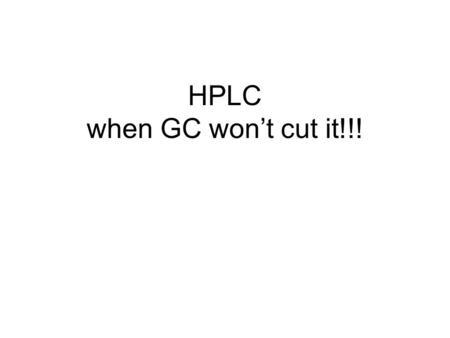 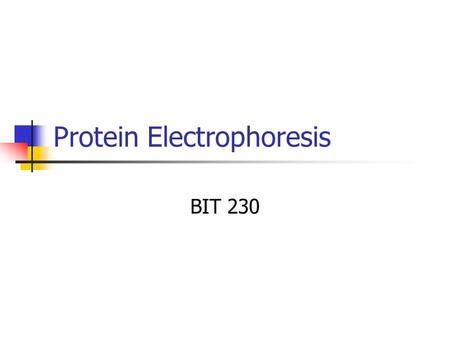 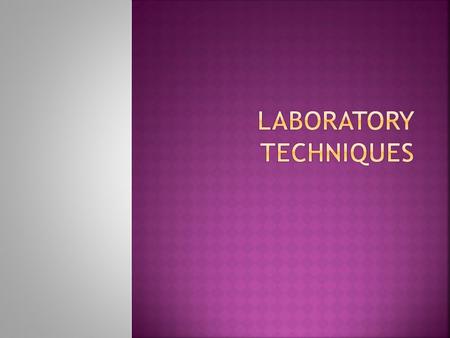 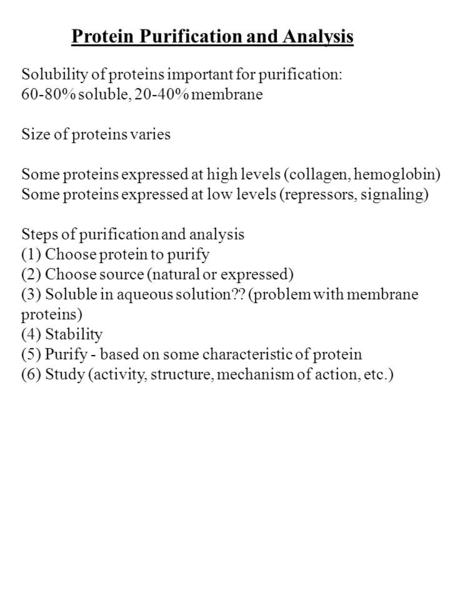 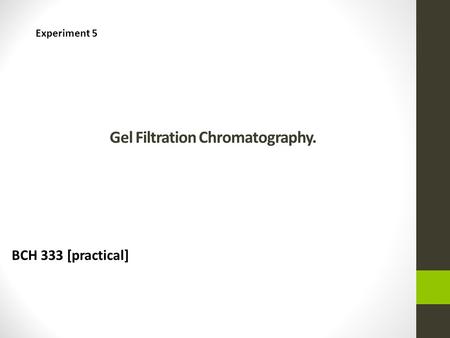